It’s also the ‘Eternal City’ and home to the Vatican, so crowds of pilgrims are added to hordes of tourists – especially at Easter and Christmas. During summer, heat and humidity can feel suffocating. And it’s almost guaranteed, whatever you want to see, will mean waiting in line. All that aside, Rome’s still one of the world’s greatest cities and works for family holidays, with some forward planning.

If you’re travelling with younger kids in June, July and August, think about staying in west coast seaside resorts and visiting the city for days out: beachy Santa Marinella, Anzio and Sperlonga are a short train journey away. Older children and teenagers will cope better with an urban base, just don’t overload on sights, and always remember to book everything in advance and dress appropriately. Sounds strange? You will be refused entry to sacred sites like St. Peter’s if you’re wearing shorts and sandals. 10 of the best: family things to do in Rome

Why go on holiday to Rome

The rioni for the Spanish Steps, Piazza del Popolo and Via Condotti, Campo Marzio is where to stay if money is no object. The hotels here are almost exclusively five-star and reliably the most opulent, historic and expensive in the city. It’s also the busiest rioni with a cross-section of tourists and well-heeled shoppers.

Just about everyone’s a tourist in Rome, so go and enjoy Trevi with open-mouthed abandon. The newly restored fountain is gloriously extravagant and well worth a bit of jostling to get a glimpse. Visit Piazza Berberini for Bernini’s charming ‘Fountain of the Bees’. And climb to the top of Quirinale Hill for the view and impressive Palazzo Quirinale.

Named after the dramatic Colonna di Marco Aurelio in the centre of Piazza Colonna, this glamorous city centre district is thronged by shoppers on Via del Corso and less crowded with tourists.

Rome’s urban village, Monti was originally built as a firewall to protect The Forum and for centuries it was the city’s red light district. That’s a distant memory. Now, if you’re looking for colour-washed skinny buildings, atmospheric alleys, charmingly local piazza and everything from artisan bakeries to designer gelateria, Monti’s the rioni. A fabulously expensive area to live in, it’s a delight to wander round any time and good for interesting and unusual restaurants and upscale indie shopping.

Edgier than Monti, Trastevere is hugely popular with American tourists thanks to its appearance in about a million and one movies and US blogs. Very photogenic and pretty, it’s also surprisingly ‘real’ and packed with local character and characters. One of the best rioni in the city for pizzeria in the evening.

If you only visit one rioni, it has to be Campitelli. This is where to see The Forum and the Capitoline Museums, Trajan’s Column and the Palatine Hill and monuments – considered to be the birthplace of Rome.

The Pantheon is the world’s most copied church but the original in Pigna is still the most astonishing of all. The concrete dome’s larger than any other on earth and rays of light coming through its open oculus are almost as awe-inspiring as the building itself. Apart from legendary architecture, Pigna’s a fantastic restaurant district and known for having the first season pick of all fresh produce. Kitsch centurions and trinket sellers loom large here, but locals manage to ignore them completely and still throng the squares and side streets at lunchtime. Island of contrasts, places to stay on Sardinia range from exclusive spa retreats with kids’ clubs to beach houses and holiday villages.

Ludovisi is the best area in centro storico for international brand hotels. Not the most interesting rioni in its own right, but bordered by beautiful Villa Borghese and Trevi. Don’t look for character in local restaurants either, the American embassy is just one of many here and sets the tone for high end chains rather than cute trattoria.

Getting about with kids in Rome

Most of what you want to see in Rome is in the centro storico (historic district). Metro lines A and B are informally known as the ‘touristico’ to simplify the city’s Byzantine transport system. Enormous Roma Termini station is the main hub of the metro and bus network and good for taxis in the evening. Don’t even think about driving in the centre of Rome, the reputation for rule-free chaos is well deserved.

If in doubt, the city centre divides neatly into different quarters (rioni). Get a map, travel from area to area by bus or metro and walk around – there’s never any shortage of gelataria or cafés for pit stops and grand piazza to catch your breath. 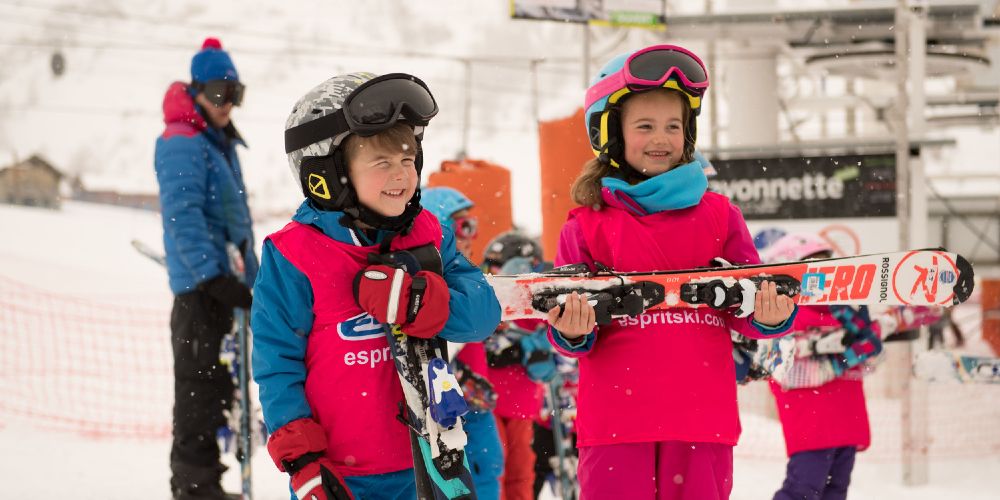 Esprit Ski family ski holidays are back in France and Italy