When in Rome rent luxury family apartments for less than hotels

Rome can be a fascinating city for kids, but make finding the right place to stay your priority. On a recent family holiday in Rome, John Lewisohn discovered that renting a luxury apartment with onefinestay beats hotels hands down on cost and comfort. 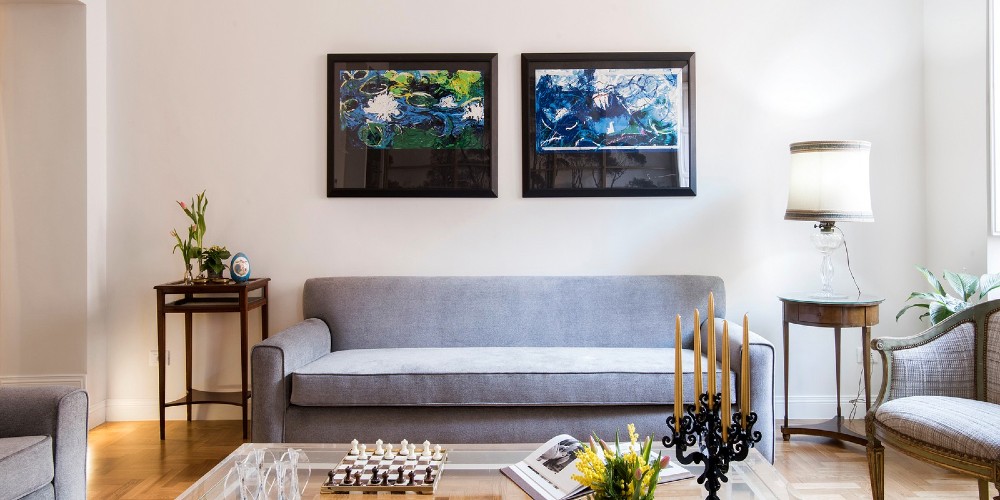 Rome is exhausting, with or without children in tow. Our early April visit, post many of the COVID restrictions, found the city, from my perspective anyway, swollen with tourists.

“This is nothing, empty in comparison with June, “ exclaimed our Vatican Museum guide Cecilia (pronounced “Chechilia”). She then went on to highlight the fact by showing an iPad image of grimacing biblical masses queuing for entry to one of Rome’s key attractions. The photo was clearly taken pre-covid. We could see tiredness etched on tourists faces not hidden by the airless FFP2 thick masks compulsory to wear indoors on our visit, hopefully soon to be relaxed. 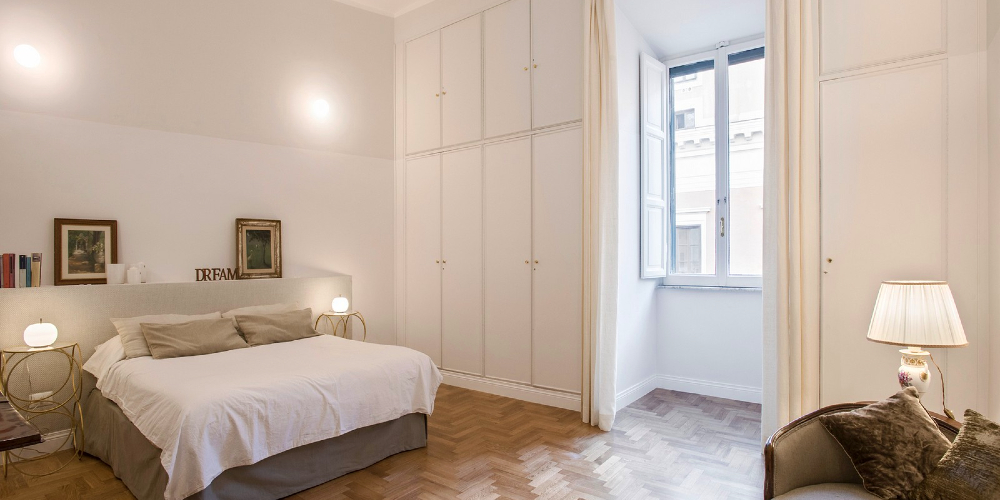 Add a haven to your family holiday in Rome

In any big, bustling city it’s even more important to have a haven of peace and quiet to escape the commotion outside after a day’s footsore sightseeing. I’d say it’s key to getting the most out of every day and with children even more so. Which is why onefinestay is the perfect solution, particularly if travelling in a larger group.

True, the nightly rate can, on initial enquiry, look a bit eyewatering. Our apartment,  Quattro Fontane Luxury, had a price range from £800-£1,200 per night depending on the time of year. However, it also had five  spacious bedrooms and four bathrooms. Plus, should you be splitting costs on a multi-gen family break in Rome, that’s less than £200 per night, per room. Price-wise, an equivalent hotel is likely to be a noisy, cramped 3-star or featureless 4-star. Both will undoubtedly offer a fraction of the space and almost certainly not in the centre of the city, unlike our apartment. 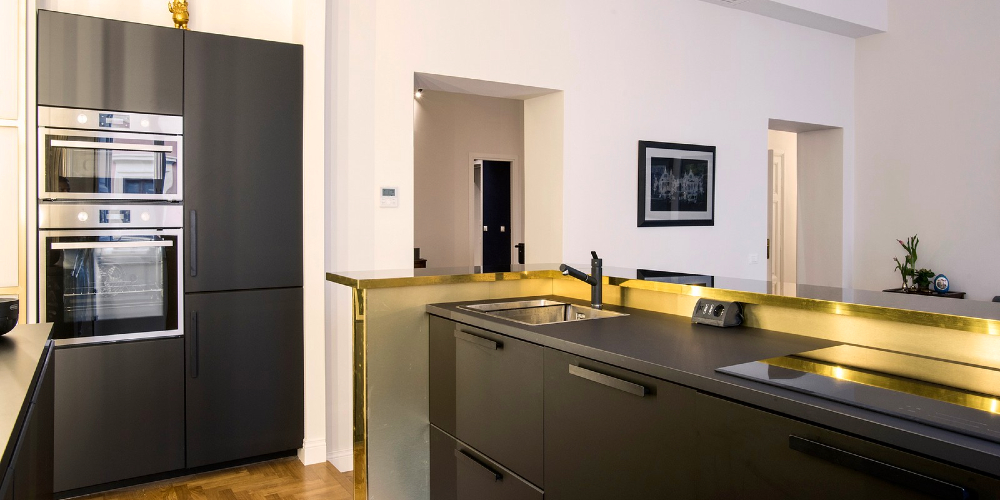 Relax because onefinestay has thought of everything

Our door buzzer indicated that, in a previous life, Quattro Fontane had been the Embassy of Paraguay. Although its clearly reconfigured interior didn’t convey a sanctuary, 80 or so years earlier, for Nazis possibly seeking a new identity in Latin America’s most secretive country. More importantly for us, it was situated close to a couple of metro stops and centrally located not far from the Trevi Fountain.

We accessed our apartment via a marvellous old fashioned lift with pull-down lacquered seats which seemed an unnecessary luxury to go up three floors! One of many available in Rome from onefinestay, the apartment was kitted out with a mixture of designer and antique furniture. It also featured a beautiful open-plan kitchen and living room with huge windows allowing lots of natural light. Most of the bedrooms are en-suite, uniquely designed and decorated with expensive wallpaper. In short, far more individual than a hotel room and with expansive space you’ll want to spend time in.

Should you request it, onefinestay can also stock the apartment fridge. Our concierge had left a meteorite sized pannetone and two bottles of wine for our arrival. Additionally, the company offers special tours of Rome, including a tour of the Vatican. They can also arrange private cooking classes or tours with a local expert around some of Rome’s most Instagrammable food markets of which there are many. Helpfully, the friendly onefinestay team are on call too, if you need any assistance or advice. 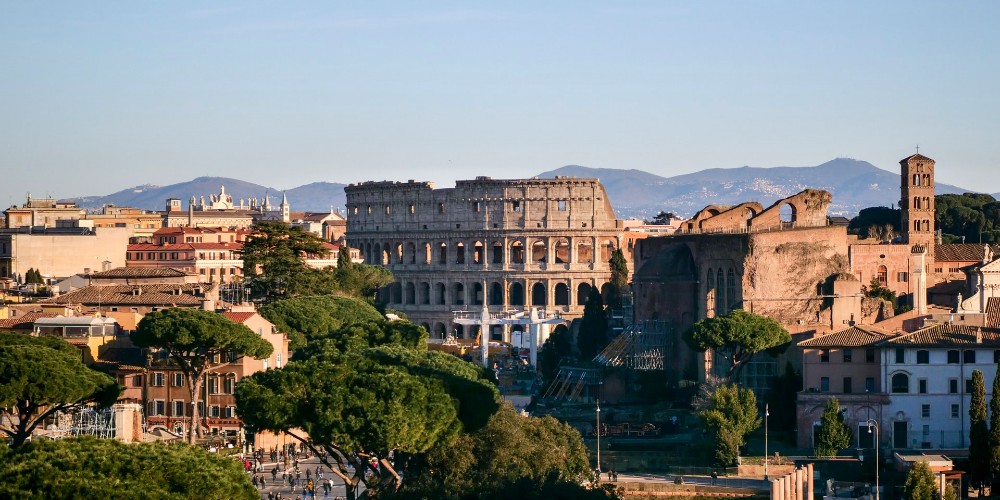 What to see and do in Rome with kids

So how to spend your time in Rome? That all depends on the age of your children and the time of year – it’s very hot in summer. Plus a break dedicated entirely to the city will differ from one combined with other regions of Italy, where you might have visited the coast or countryside.

I’d say to try not to bite off too much each day. There were times when I’d rather have fought gladiators and lions in the Colosseum rather than bump into yet another sharp-shouldered tour group trying to navigate the route inside. However, your kids will be amazed by the spectacle and the advantage is that you can recover after on the Palatine Hill. This legendary Roman site has a host of other Roman remains and there are gardens too with some vital shade. The Vatican Museum and Sistine Chapel might be too much for younger children. It’s a long day and even for adults it’s a lot for the brain to encompass.

Both kids and adults will adore the Leonardo Da Vinci Museum Experience. Craftsmen have meticulously built wooden replicas of more than 50 of the artist’s inventions, many with moving parts. It’s cheap and not too busy either. The queue for the Pantheon was also quite short in April. Again, all ages will marvel at this architectural wonder originally built in 27BC as a Roman temple to Pagan gods. 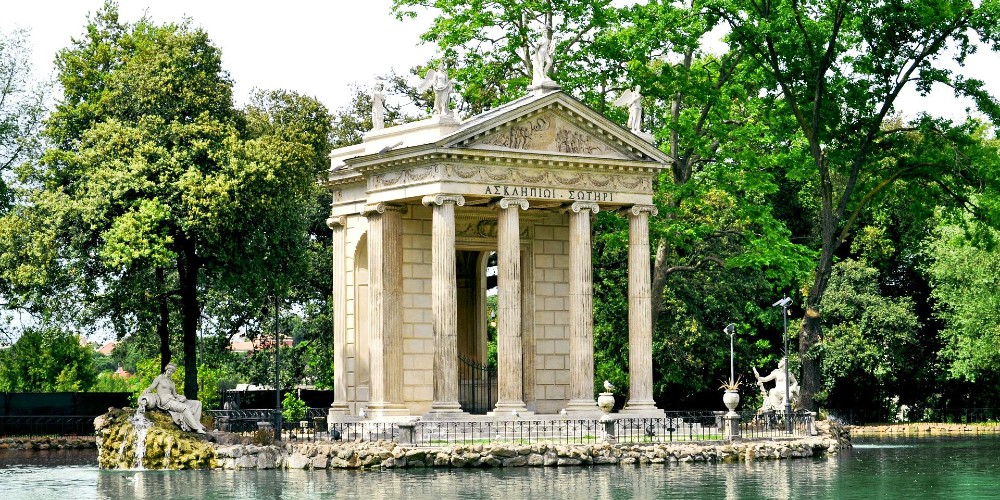 Villa Borghese is the perfect park for picnics

When in Rome think pizza, pasta and picnics

Food is a major feature of any Roman holiday. For relaxed family eating you can’t go wrong with pizza and pasta which is on most menus. However, Romans are quite strict about when food arrives at the table, so expect appetisers followed by primo piatti, then secondi. If you order an appetiser and then another primo piatti, they’ll arrive at different times.

More than one restaurant a day will probably be stressful both on all family members and your wallet too. Taking advantage of our apartment’s big kitchen and dining room table, we explored the city’s many food markets instead. I can particularly recommend a visit to Rome’s branch of Eataly which has untold acres of Italian produce as well as mouth-watering deli counters which are perfect for picnic supplies.

Rome’s main central park Villa Borghese is a good location for a picnic. Various two and four-wheel vehicles can be hired here, there are also some carousels for smaller kids and several snack bars too.

Around every street corner you’ll find an astonishing building, whether it be Ancient Roman, Renaissance or modern. This is bound to elicit a thousand questions from amazed children. There really is nowhere like Rome, but like us, you will be eternally grateful to escape the “Eternal City” from time-to-time and indulge in the perfect cocoon that onefinestay is so good at providing.

Now you know why luxury apartments are perfect for family breaks in Rome, visit onefinestay to find out more and explore their collection of stunning villas, houses and chalets to rent worldwide.

Dunes, jet-skiing & pearls: Get your Middle Eastern fix in Qatar