Rockstar, cheese-maker and dad of five, Alex James chats to Amanda Statham on the eve of his Big Feastival 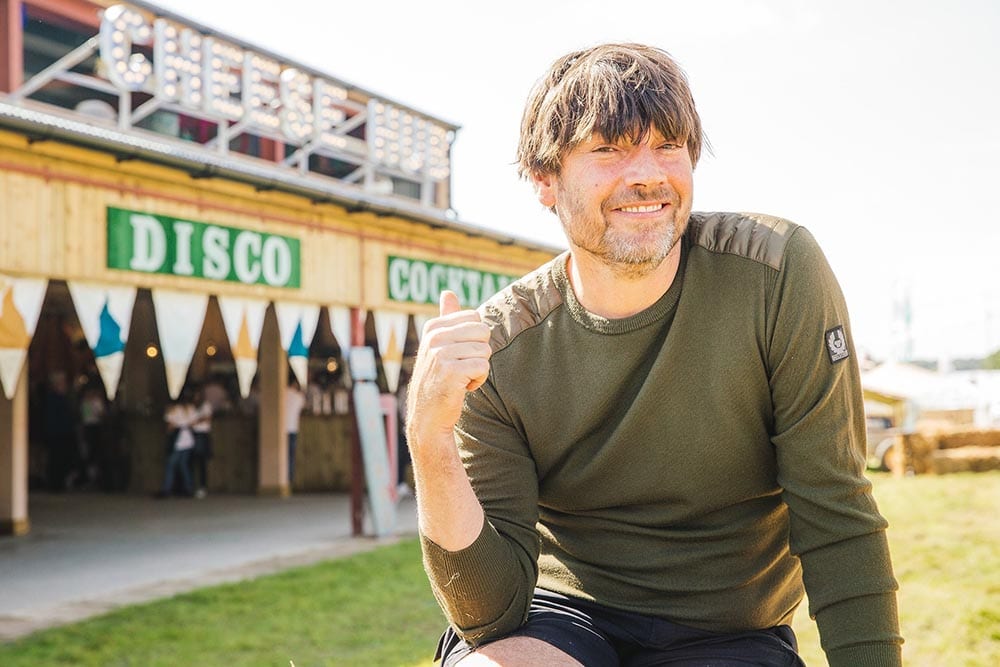 Big Feastival takes place on your Oxfordshire farm, what’s it like opening up your home to the world?

Claire (Alex’s wife) and I bought our farm on our honeymoon – it was totally run down and to now see it come alive each year (it’s now in its seventh year) with 25,000 people is amazing. I moved to the countryside 15 years ago because I had kids and didn’t want to tour any more. Putting on a festival is like having the Groucho Club in my back garden.

What sets Big Feastival apart from all the others on the circuit?

There are so many festivals now, when I was in Blur there were only two: Glastonbury and Reading. Now I have to compete with every aristocrat who decides to have a party in their back garden! Ours is about music, food and family – I feel I’m well qualified in those areas. It’s hard work but brilliant, one of the best things I’ve ever done – when you see everyone dancing in the sunshine, all the effort’s worthwhile.

What’s your favourite thing about festivals?

It’s funny, but you can’t always tell what’s going to be a highlight. For example, people probably don’t go to Feastival expecting to roll around in a haystack with their kids for three hours, but that’s sometimes what ends up happening and it’s wonderful. Tree climbing was a big hit last year, so I think we’ll expand on that.

What advice do you have for families going to a festival?

Kids love camping. Mine are happier in a festival tent than Claridges hotel, with the added advantage of Craig David and lobster rolls. Also, I don’t think you can go wrong with the three W’s: wet wipes, wellies and whiskey. Also, remember you don’t have to go for a weekend –Big Feastival‘s easily accessible by rail, you can go for a day and get the vibe without having to camp (and under 12 tickets are free).

What was your first memorable holiday as a child?

This is weird, but I was 18 months old in a farmhouse in Wales and I remember coming downstairs in the morning and a mouse had eaten the bread. It was shocking!

Where else did your family travel to when you were young?

My dad was intrepid and used to take us on epic adventures, they’re still some of my favourite holidays. We had a VW caravanette (which my mum used to take on the school run) and we’d head off in the holidays to places like the New Forest. We had a big map of France and just tear about discovering places. France is so great with kids: you have patisseries and boulangeries, you’re sorted. I grew up in a hotel (in Bournemouth) and because I was on the road so much touring, I feel really at home in one. I still think there’s a glamour to hotels, a feeling that anything could happen.

Where have you travelled with your children?

The South of France is a favourite – though my kids are of an age where to be honest they can’t really tell the difference between Bournemouth and St Tropez. It’s great to mix it up on holiday: three nights camping and then a luxury hotel. Sometimes the most unexpected places turn out to be the best, like Bulgaria.

What are your travel essentials?

For me, a large cashmere blanket, shades and big headphones (in case you get sat next to a talker on the plane). For the kids, the iPad (iNanny!). People say they dread flying with kids, but really there’s a screen for films and someone coming round every 30 minutes asking if they want coke and crisps – kids love it. Check-in with five children can be a bit stressful, my tip is starve them of screen time right up until you reach the airport, then let them go for it. 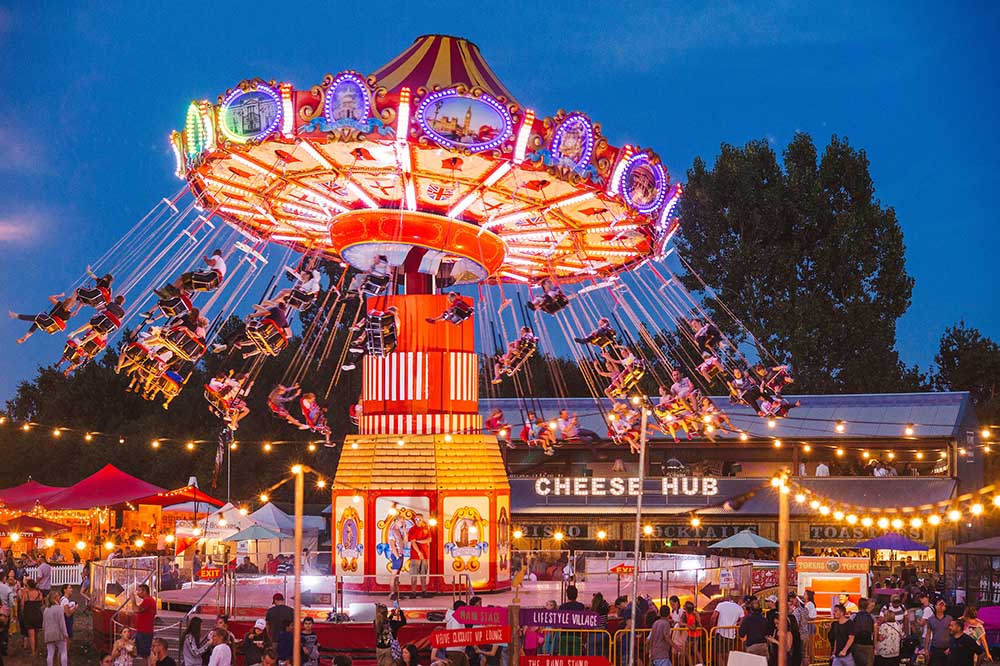 What’s the most unusual souvenir you have from a trip?

I was in Greenland with Blur on a boat and fished out a chunk of iceberg – it was incredible, translucent and filled with compressed gas built up over thousands of years. We hacked off bits and put them in our drinks which made them fizz. I managed to get the iceberg as far as Reykjavik in a cool box but then had a big night out and left it in a hotel – I still think about that iceberg,

If you could be anywhere in the world right now, where would it be?

Home. I’m in London and need to be on the farm as they’re erecting a small city over the next week in time for the festival.

What’s your tip for a family holiday that won’t break the bank?

A relative who owns a house abroad. My sister decided to move to Spain a few years ago and my mum and I both had our doubts – but in fact, we’ve ended up going there loads and it’s fantastic. Andalusia in southern Spain is so cheap we actually save money by being there.

We stock up on food, like Iberico ham and cheeses which are so good, and buy shoes as they’re much cheaper than at home (for five, you can imagine it’s expensive). You can live really well on much less money there. Plus it’s easy and economical to fly to.

Where’s your favourite place to go in the UK (outside of London)?

The English countryside is the best in the world. We spend a lot of time in Somerset which is like another world and the Dorset coast is great. Scotland’s underrated – the Queen holiday’s there and if it’s good enough for her. My favourite hotel? Claridges.

Where are you off to next?

I don’t get that much say in family holidays! I think Miami is being discussed, which is great as it’s got everything – sunshine, alligators. Kids love America. We went to New York recently and really enjoyed it. We treated it like a walking holiday, it was good to be pedestrians and it’s important for the kids to experience cities because they live in the countryside. They love London too. Top 10 places to take your motorhome 8 of the best stylish summer staycations Quirky places to stay in the UK with kids Glamping breaks for families on the UK’s loveliest beaches 10 hidden gems to discover in the South of England 25 best days out in Northern Ireland for families