Family Traveller editor, Jane Anderson, takes her 13-year-old son on a rock ‘n’ roll weekend to the City of Lights 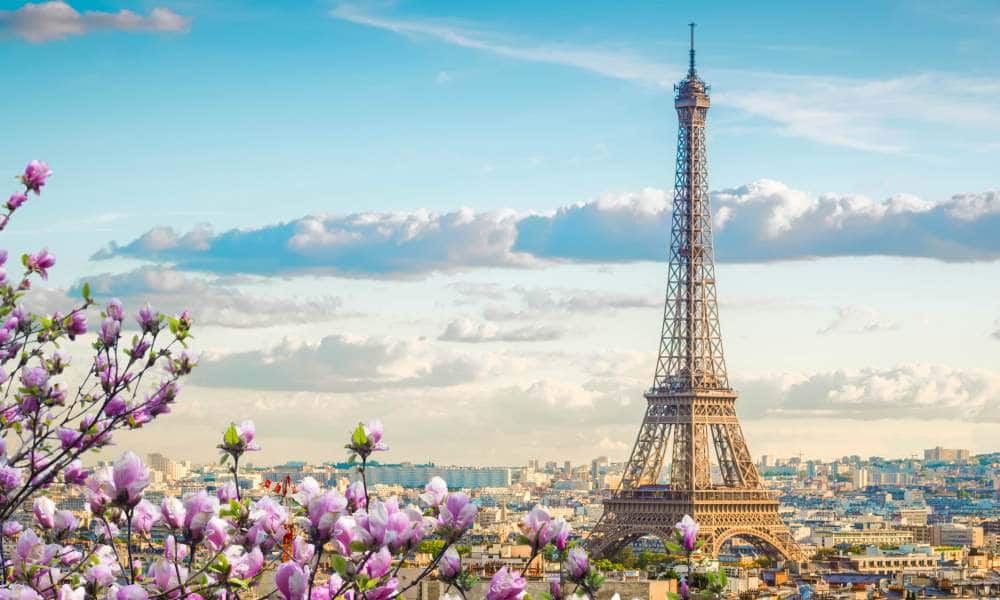 No-one, not even a teenager, can resist Paris

I don’t know about you, but when your son reaches his teens, the excitement of heading off on a European city break with a parent really hits rock bottom. What seems like a win-win situation to an adult – seamless Eurostar from London to Paris, a five-star boutique hotel and the majestic Haussmann boulevards to wander, just doesn’t cut it.

Step up to the teen travel plate, Fauchon l’Hotel Paris. This fresh new face on the Paris hotel scene has some cool attributes  that trigger parts of the teen brain others can’t reach. First up, the Fauchon brand is founded on the famous patisserie, with eye-popping, mouth-watering sweet ‘n’ sour goodies on offer (more of that anon). Secondly, the hotel offers complimentary pickups from the Gare du Nord to Place de la Madeleine in a white gull-wing Tesla  – gaining both environmental and style points with your teen. Fin settles in for the smooth Eurostar ride to Paris But uppermost on the teen ratings, is one of the Fauchon’s two duplex suites, which has rock ‘n’ roll written all over it. If you have a teen who adores music, and better still plays guitar, this is the place for him or her. Located on the 11th floor of the hotel with a cracking view of the Eiffel Tower worthy of any rock star, the upper level of the room has a vintage Dove Trans Ebony Gibson guitar hanging nonchalantly on the wall. Beside it, a tin full of Gibson picks and a very decent turntable and speakers with some funky vinyl from Bowie to Joy Division.

Jérome, the charming General Manager of Fauchon l’Hotel Paris, told us the hotel has a special relationship with the Gibson showroom manager, and under normal circumstances, duplex guests can have an exclusive delve around the Gibson showroom, something that’s usually reserved for bonafide rock stars. Nevermind the minibar, Fin heads straight for the Gibson… …and finds it’s more than up to scratch!

Fin had a great time belting out his favourite Nirvana numbers, with no worries about disturbing the neighbours, who according to Jérome, wouldn’t hear a thing. Fin’s verdict was simple. The Gibson was a beautiful guitar to play. High praise from my nonchalant young man.

On a musical high, we hit the streets of Paris whose charm has power over the most truculent teen brain. When I prised my son off his phone and out onto the Place de la Madeline, down the Rue Royale and through the Tuileries to the banks of the Seine, the beauty of this incredible city, made all the more grand by the lack of visitors so soon after lockdown, genuinely wowed him.

We were greeted warmly as we took our seats on a riverboat deck for an aperitif, watching old guys drag muddy bikes out of the river and locals picnicking along the banks. Spying a colossal image of the Mona Lisa on the side of the Louvre, the penny dropped, and Fin was suddenly desperate to see this iconic piece of art. A result for a mum who has to drag him into galleries as a rule. Heartened by this, I booked tickets for the Pompidou Centre’s new Christo et Jeanne Claude’s Wrapped exhibition which maps out the wrapping of the Pont Neuf in 1985. The Pompidou’s extraordinary architecture with its exoskeleton is always intriguing for teens, and it was great for Fin to see how Christo had clothed the bridge we’d walked over the previous evening, provoking a healthy discussion about the emotions evoked by obscuring objects and the power of art. Back on the streets, elated from the exhibition, I even managed to get my teen to stroll the shops and cafes of Le Marais with me, its vintage boutiques proving a particular hit.

After a few hours back in our Gibson Suite, with Fin strumming and me gazing at the Eiffel Tower and those mesmerizing Parisian apartments with their pretty balconies and rooftops, we headed downstairs to the Fauchon Café for cold meats and salads. Back in the suite, we delved into the outrageous pink Fauchon Gourmet Bar (an upgrade of your normal minibar) as tall as your teen. Fin opted for the Fauchon dark chocolate truffles and me for the Provencale tapenade black olives and a glass of pink champagne, as the Eiffel Tower sparkled like everything in the world was set to rights. The Sacre Coeur always takes your breath away… …along with its panoramic view over Paris

Next up, a quick Uber ride to Montmartre, and Fin was yet again wowed by a Paris icon – the Sacre Coeur, a buzz of activity on a hot and sunny Saturday evening. With a busker and acrobatic street performers, we took in the epic view of the French capital and the domes of her Sacred Heart with her knights defending. I got such a kick out of Fin’s awed reaction to the basilica’s interior, it renewed my faith that travel has the power to lift teens off their screens and into the real world – whatever that consists of now.

Fin and I had some good chats as we walked the streets of Paris. About the Gendarmes and why they are armed here. About why Parisians are so damned stylish and the fashion houses of Chanel and Dior. About the Place de la Concorde and Cleopatra’s Needle and who all those antiquities really do belong to. It was so good to get away after lockdown and the intensity and nagging of homeschooling. Sunset at the Louvre pyramid Fin’s enigmatic masked expression and the Mona Lisa behind

On our final morning we strolled to the Louvre like old hands, making a beeline for the Mona Lisa, but taking in the old masters and marble statues in along the way. Even in a quiet Paris, the queue to see her lady was snaking. Fin’s immediate reaction was, wow, it’s so small, but his art brain kicked in and he decided the way you interpret her enigmatic expression depends entirely on your own mood. A genius assessment.

Back in the Gibson suite, Fin politely ramped up the beats while I imaged him returning as a famous rock star without his mum, properly trashing the room in true rock ‘n’ roll style. Excuses Jérome! Fin walks back to the Fauchon Hotel The view of the Eiffel Tower from the Gibson duplex

Eurostar takes just two and a half hours to get you from the centre of London to the heart of Paris. Fares from £39 per adult each way and from £28 per child each way. Tickets are now flexible, so that travellers can change their plans up to 14 days before travel without paying an exchange fee.

Jane and Fin travelled to Paris on July 10. An online form for track and trace had to be filled in at the Gare du Nord before check-in to return to London, so leave a little extra time for this.

Nightly rates at Fauchon L’Hotel Paris start from £360 for a Classic Room (room only).

Nightly rates for the Eiffel Tower View Suites, including the Gibson duplex, start from £700 per night room only (sleeps two people).

Find out more information on a city break to Paris