If anyone promises you a cheap Paris holiday , keep walking. The City of Light is as pricey as you’d expect one of the most visited places on earth to be. However, families have it easier than most, because a lot of good stuff is absolutely free for under 18s. And we’re not just talking about fresh air, tap water and views! Take a look. 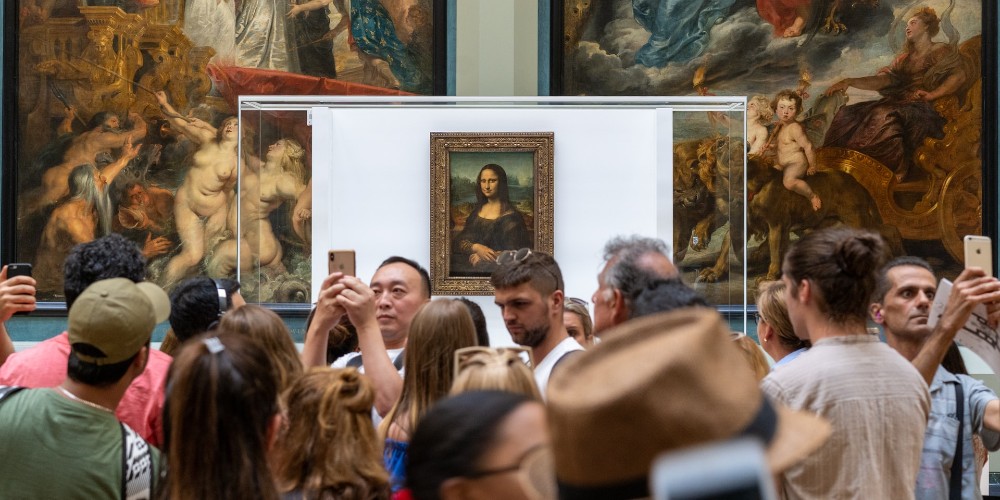 The Louvre is the world’s most visited museum and one of the largest. Its entire collection contains almost half a million pieces and at least 35,000 are on display at any one time.

That’s a lot to get round and even older kids start to flag around the 90 minute mark. With that in mind the ever astute Louvre has created a series of themed, self-guided Visitor Trails. At an hour and a half long, The Louvre’s Masterpieces is a good intro and gives you all the big hitters from the Mona Lisa to the Winged Victory of Samothrace. Although teens might like Beyoncé and Jay-Z’s Louvre Highlights trail from their APES**T video which was filmed here in 2018.

Buy tickets online, under 18s still go free, but your allocated time gives you priority entry even if the museum is really busy.

Find a Paris holiday home near The Louvre

Find a family hotel near The Louvre

Versailles – under 18s can visit the palace and estate for free

Looking at Versailles now it’s hard to believe it started life as a hunting lodge. Today’s enormous palace contains 2,300 rooms and more than 22,000 works of art.

Our advice is to download the free Versailles App before you go and plan ahead to avoid overload. Fortunately the grounds are just as spectacular as the palace, so there’s plenty of breathing space. Younger kids will like the little train which tours round the estate and lets you hop on and off whenever you want. Or you can also hire bikes or even rowing boats in summer.

There are direct trains from the centre of Paris, along the Seine, to Versailles. The journey takes about an hour and the palace is a 10 minute walk from the station.

Find a holiday home in Paris 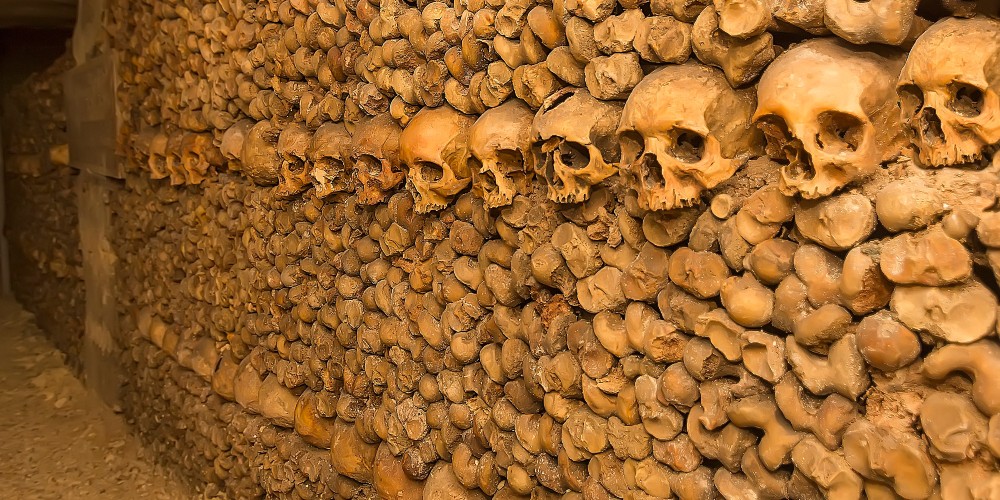 Paris Catacombs – haunting, fascinating and free for under 18s

One of the world’s most famous ossuary, the Paris Catacombs have actually been attracting paying customers since 1809. These days, more than 550,000 visitors a year walk the 1.5km route through the disinterred bones of the city’s 18th century cemeteries.

This one is possibly not for your younger kids, although it’s a lot less creepy than it sounds. In fact, the bones are so intricately arranged they’re more like surreal sculptures than human remains. However, it does take about an hour to walk the length of the Catacombs, plus they’re 131 stone steps underground and it can feel a little humid at times.

Buy your tickets online and you reserve a time slot so you don’t have to queue outside which can get really chilly in winter!

Find a family hotel in Montparnasse 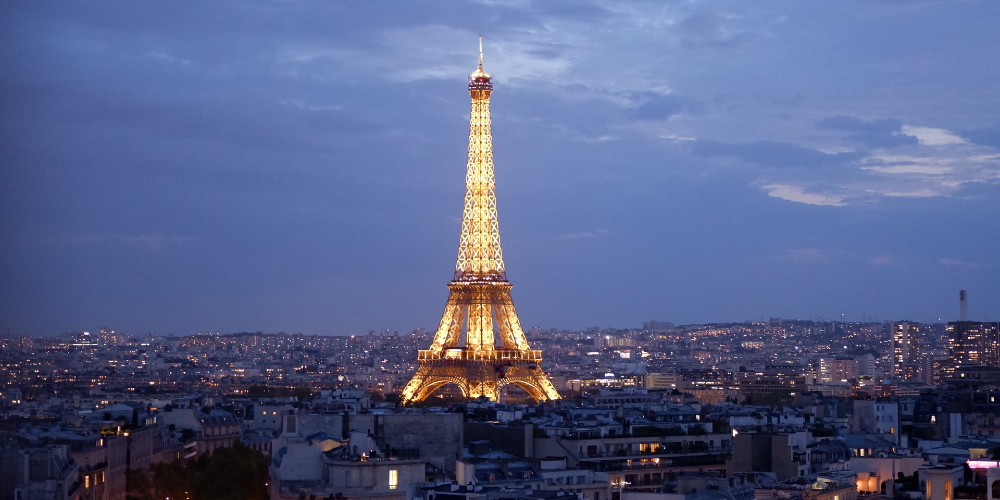 You have to see the Eiffel Tower in Paris, just don’t feel you have to go up. The queues are almost as iconic as the landmark itself and it’s expensive.

Instead, come after dark and catch the hourly light show from ground level. It’s totally free and the spectacle of Eiffel transformed into a spire of sparkle is simply magical. Kids need phones at the ready for this one.

Sunset is lighting up time and there’s a five minute light show every hour until 1am.

Find a holiday home near the Eiffel Tower

Find a family hotel near the Eiffel Tower

Jardin des Plantes – six gardens, a legendary maze and free for all

The Latin Quarter is the city’s largest and, some would argue, most atmospheric district. It’s also where you’ll find the Jardin des Plantes. If you haven’t heard of this one that might be because the Luxembourg Gardens traditionally outshines all others on the Left Bank. But visit the enormous Jardin des Plantes and not only do you get six gardens for free, there’s an extremely grand maze for exploring too.

Kids should be looking for a grave, a statue and a poem in the maze. Although the prize is reaching Gloriette de Buffon at the heart: it’s the oldest metal structure in the world.

Find a holiday home in the Latin Quarter

Find a family hotel in the Latin Quarter

Petit Palais – the free for all Paris fine art museum

The Champs-Élysées might be the most famous shopping street in Paris, it’s also tourist heaven and not far short of a scrum with younger kids. When you need a break – and you will – step off on Avenue Winston-Churchill and catch your breath in the delightful Petit Palais.

One of the city’s smaller museums, you can see most of it in couple of hours. Although you might want to take more time – or visit again – because the art collection is easily one of the best in Paris. Explore the gardens too and make up your own mind about Jeff Koons’ controversial Tulips, you can’t miss the sculpture, it’s enormous!

Right at the heart of the Petit Palais there’s a lovely interior garden and colonnaded café, another of this museum’s great secrets.

Find a holiday home near the Petit Palais

Find a family hotel near the Petis Palais

Cimetière Père-Lachaise – the world’s most famous cemetery is free

If we had to choose only one famous cemetery in Paris it would be Montparnasse – take a walk through it on your way to the Paris Catacombs. However, there’s no denying the sheer celebrity of Cimetière Père-Lachaise.

It’s where you’ll find everyone from Edith Piaf to Oscar Wilde interred. The tomb of  Héloise and Abélard  is here to enchant romantic teens. And graves range from sombre to completely outrageous. Plus it wins hands down on scale – over 43 hectares and 70,000 plots.

Even with a map the cemetery could take you a week to work out. If you don’t have that time to spare, think about a Père-Lachaise small group walking tour with local guides.

Find a family hotel in Paris 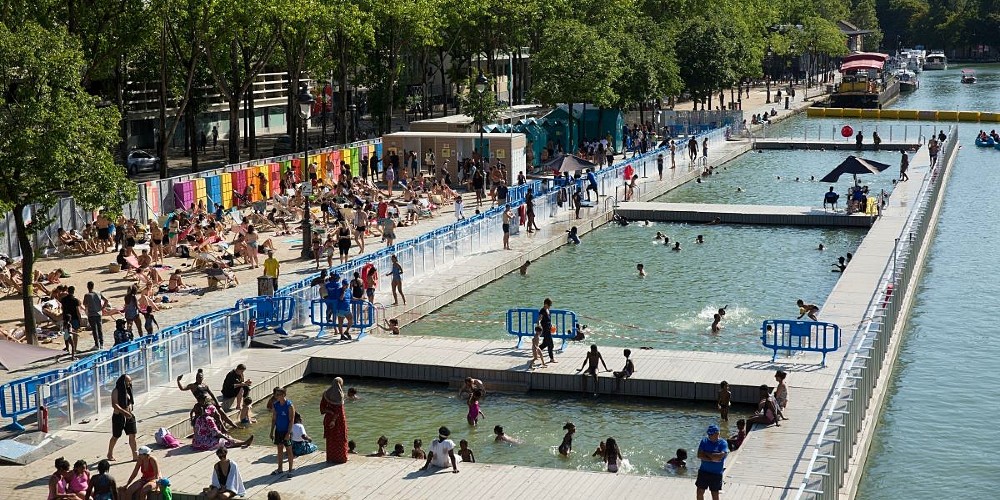 Bassin de la Villette – free swimming for everyone in summer

Come sultry July and August Paris longs for a swim and that’s why Bassin de la Villette exists. Tucked beside the canal in La Villette, you’ll find three pools: two for paddling and fun, one for serious swimming. Water quality is checked twice a day, there are changing rooms and lifeguards, and you can all splash around for free.

If you want something more beachy, pack a picnic and find a free Paris Plage spot along the Seine in summer. 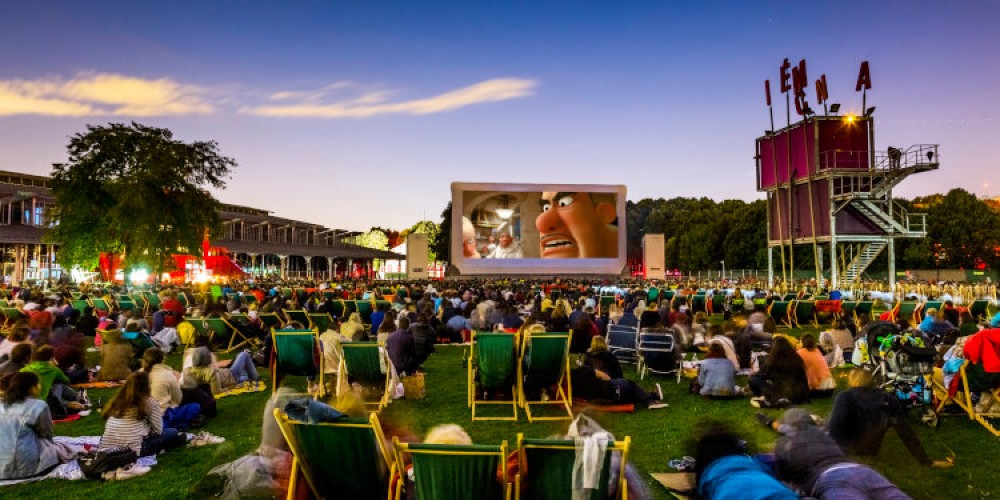 For the past 30 years Parc La Villette has screened open air movies for 25 nights every summer. All are welcome and this year’s theme is ‘dance’ so you can see anything from Pulp Fiction to Billy Elliott on the big screen. And you’ll be in good company, Parisians adore this free event.

Bring your own blanket and a picnic and films are totally free. Otherwise you can hire deckchairs and buy popcorn or oysters – it’s a French thing! 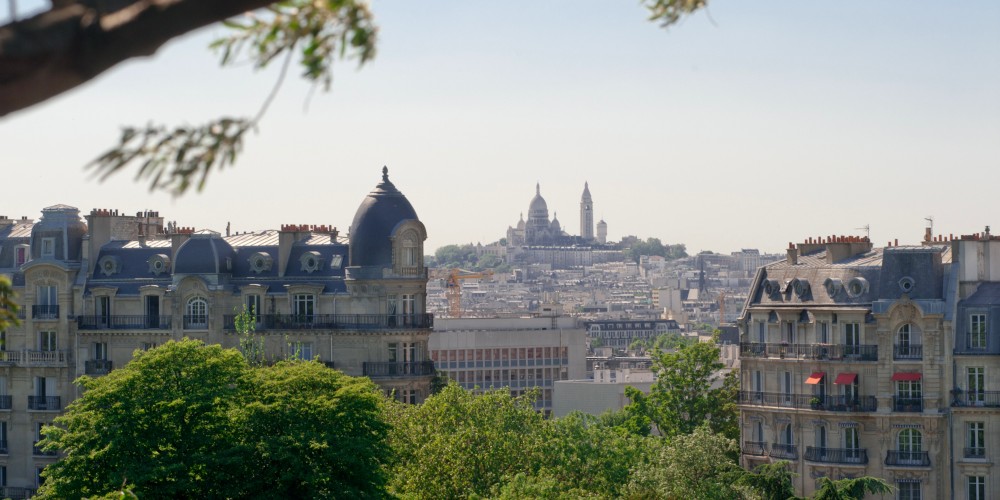 An immense green space which sprawls across the 19th,  Parc des Buttes-Chaumont is probably as uncrowded as you’ll ever find Paris. The site was originally quarries, hence the steep hills and fantasy rock formations. You can look forward to puppet shows, storytelling, mini-circuses and theatre during the summer. Alternatively, pack another picnic and just wander until you find your own spot – there are plenty to go round.

If you want views of Paris, Parc de Buttes-Chaumont has some of the city’s finest and they’re all free too.