Steve Backshall: My life in travel

Family Traveller magazine editor, Jane Anderson, met up with adventurer and TV presenter Steve Backshall, to discuss travel adventures and his love of oceans and wildlife.

Where did you travel to as a child?

I had an extraordinary childhood in that both of my parents worked for the airlines, so despite the fact that they didn’t have much money they had the ability to travel anywhere and once we got to those places we did proper travels. There were no swanky hotels for us. So I had the opportunity to travel round Africa and India and South America from four years old and some of the memories I have from then are still so intense even now. I think it was a massive part of me going on to do what I do now for a living. Travelling held no fear for me.

One of my most piercing memories is probably being six or seven years old and going to Zimbabwe at the Victoria Falls. We went round to the Zambian side and sat in the pools at the top and walked the length on the Zimbabwean side and just being drenched like you were under a shower next to this big gapping cavern. 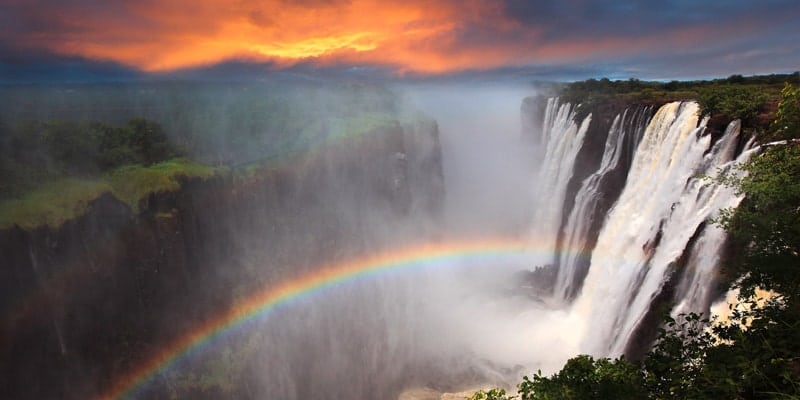 You know I’ve been back relatively recently and it’s still one of the wonders of the world, but 35 years ago when there no fences and no people right at the end of a big rainy season so it was huge, you know even now, it still ranks as one of the greatest experiences I’d ever had.  And that was my first safari. That was the first time I’d seen lions and tigers and elephants and I remember having an African rock python slithering across the road in front of us and the guy slamming on the breaks and everyone pretty much been thrown out of the jeep because this five metre long snake was right in front of us. It was a really potent memory.

My childhood was very experiential. We did a lot of things that I think people might think are crazy now but had such a formative effect on me. I snorkelled with my first shark when I was about 10 in Malaysia. We went on walking safaris from about 8 years old and pretty much had a stick in our hands in case something went for us and slept out in tents for us with hippos around the tents. I guess, the freedom I had as a child, the fact that I wasn’t wrapped in cotton wool, and learning where the limits lie, and I’m still finding out the limits now. The limits of my own physicality, and having a sense of environment around me and what it could do. It’s so important in my life. I totally understand how parents are protective, but kids need to find their limits. But I totally understand why parents would be scared and nervous about their kids.

What inspired you to become an explorer and adventurer?

Definitely my parents. My mum and dad are massively into the outdoors. They’re definitely into wildlife. I got a tremendous amount of that passion from them. But also I think it was just something therein me from a very young age. I can remember hiding under my duvet with my encyclopaedia and just learning stuff – for myself. I loved all of the facts and figures and things that I tried to cram into my programmes now. And it’s always been something that’s been there.

I have one younger sister and she liked domestic animals. And we had lots of animals were we lived as kids – near Bagshott in Surrey, we had rescue donkeys, rabbits and horses and goats.

Can you tell me a bit about your love of the oceans and its wildlife?

A massive part of the work that I do now is in marine environments. We do a huge amount of underwater filming. And that can be anything from tropical coral reefs to temperature kelp forests to the big blue – the open ocean. And the biggest threat as an over-arching theme is overfishing. That affects the food chain in so many different ways. 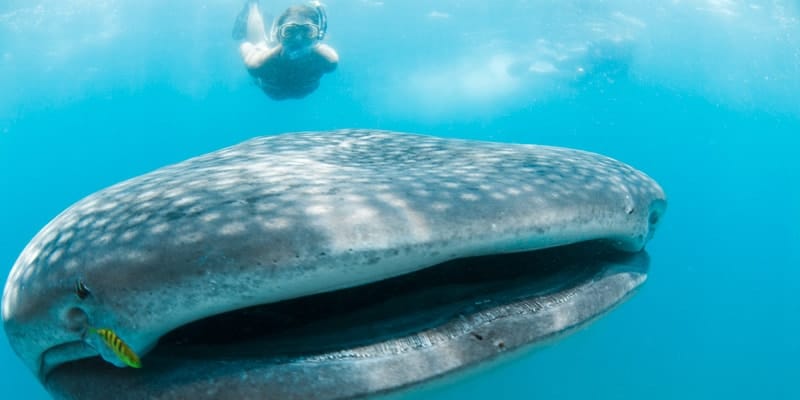 Steve is passionate about protecting the ocean’s inhabitants, like this whale shark

Probably my biggest single conservation aim is to increase the protection of sharks. Because sharks are phenomenal risk. At least a 100 million are taken from our oceans every year, many taken for their fins for shark fin soup. There are not the regulations on shark fishing that there are on better known fish – we could easily loose sharks from the world’s oceans.

I have had the great privilege of being nuzzled by a friendly blue shark. Of having a thresher shark swimming past me looking like it was covered in titanium, just shimmering with this incredible silver, it’s tail as long as its body, even being in a cage with great white sharks (check) and every single time I have that privilege of sharing the sea with a shark – it’s something really special to me. The thought that my children might not be able to have that same honour is frightening.

The oceanic white-tipped shark that would once have been probably the most numerous and wide spread predator on the planet, in some parts of  its range, has lost 98% of its numbers which is absolutely terrifying. And they could easily go within my lifetime. You look at species like the Great White, which is still listed as either endangered or vulnerable. I’ve been to ports here in the UK and seen stacks of crates of tope and smooth hound, and some of the smaller catch sharks.

I’ve been to places in Mexico in the Western Pacific where you will see wracks and wracks and wracks of shark fins being laid out to dry. I’ve been to markets where you can see mako sharks along side manta, alongside great white all quite openly. People still have this impression that sharks are mindless man eaters that are out to get you. And that bit has to change. People need to learn that they are under little or no threat from sharks and they are beautiful. And turn the switch to wanting to protect them.

If we protect the oceans, will wildlife like the blue whale come back? Is there hope?

Without question! So I was lucky enough to be in Monterey Bay in California last year to do a programme. And the story of Monterey is one of catastrophic over-exploitation by human beings. To the extent that everything was gone. In the middle of the last century it was a dead place. And then in the 1990s it was turned into a massive marine sanctuary. And if you go back now, 20 years later, its one of the world’s great wildlife spots. You go there and every direction you look there are humpback whales, And blue whales, say whales, fin whales, There are 6 different species of dolphin and porpoise, there are California sea lions, and sea otters and vast kelp forests. And it’s all bounced back in the space of two short decades.

What we need are huge sanctuaries. And the difference is one of scale. Lundy here in the UK is our biggest marine sanctuary, it’s about 20 square miles. Monterey Bay is thousands. When they are protected, they really do work. There is hope. 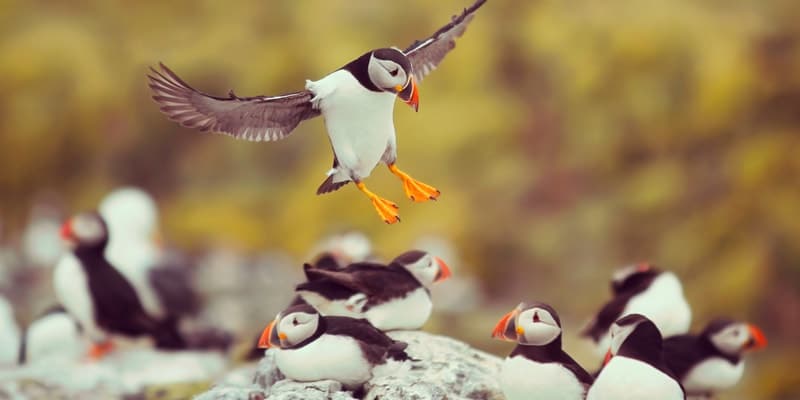 I’m just back from the Komodo National Park in Indonesia which is a marine sanctuary, and I went there first in the early 1990s and it was paradise. I went back in the mid 1990s and dynamite fishing had destroyed it. And I thought that’s it, its history. Went back in January and it’s been protected well for over a decade and it’s paradise again. It is absolute proof that protection and conservation does work given the chance.

Love following Steve Backshalls’ adventures? Don’t miss his advice for getting the kids outdoors (and take a peek at his cool new kids clothing range!)