The world’s second largest country isn’t likely to be short on wonders. But what’s truly remarkable about Canada is how great it is at sharing them. Even in the remote and chilly Yukon, you can take a family holiday to see the Aurora Borealis. The wildly beautiful Rockies couldn’t be more hospitable to skiers, climbers or even train travellers. And if your heart’s set on cities, they’re pretty wonderful too and so many to choose from. In fact, that’s the only quibble about Canada: too much choice. So if there’s an amazing adventure missing in the following ten, you know where to lay the blame. 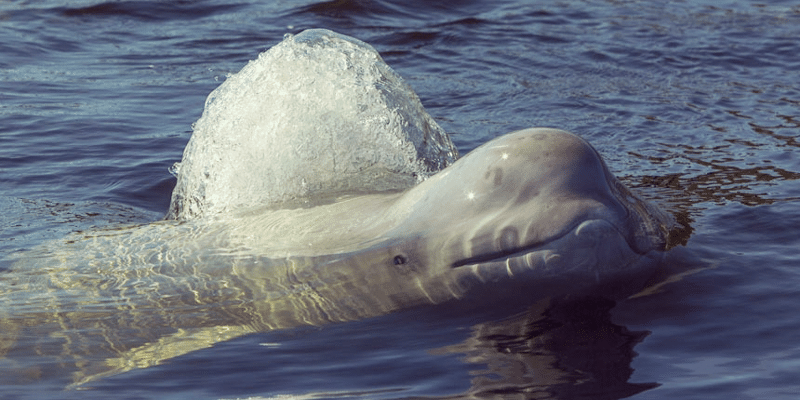 They’re called, ‘the white ghosts of the north’, and no other cetacean is more distinctive or wonderfully strange than the blanched Beluga Whale.

Every year, from mid-July to mid-August thousands of these mesmerising creatures gather at the Churchill River Estuary on Hudson Bay in the far northern reaches of Manitoba. They’re ridiculously sociable with each other and insatiably curious about human interlopers sailing or snorkelling in their territory. Get close enough to one and don’t be surprised if it turns and looks at you: Beluga are the only whale with flexible necks.

Obviously they aren’t as huge as Killer Whales (almost nothing is) but an adult male weighs in at about 500 kilos and tops lengths of four metres. So for all the milky, smiley face cuteness, they’re pretty imposing to be around.

One of the best ways to meet Beluga with kids is to take a kayaking tour from Churchill town. No paddling experience is needed and double kayaks are great for younger children. All tours are accompanied by safety Zodiac – the more sailors, the more dinghies. And calm weather’s a pre-requisite for sailing so no Captain Ahab drama on this astonishing adventure.

When: daily in July and August, weather permitting