Andrew Dent explores The Garland hotel, a Hollywood classic close to all the action that’s perfect for a family trip to Los Angeles

Los Angeles is all about Hollywood and the famous studios that create the movies and TV shows we have become so familiar with over the years. So it makes sense to combine a trip to the Studios (Universal Studios Hollywood and Warner Bros. Studio Tour Hollywood) with a stay in a hotel that is stepped in Hollywood glamour and history.

The Garland is named after the 1950s-70s screen icon Beverley Garland and is still run by her family today. The hotel is set in expansive grounds that have provided sanctuary for many a film and music star. It is rumoured Kurt Cobain proposed to Courtney Love here, and famously John Wayne threw champagne off the top floor balcony claiming it was a drink for ‘sissies’! 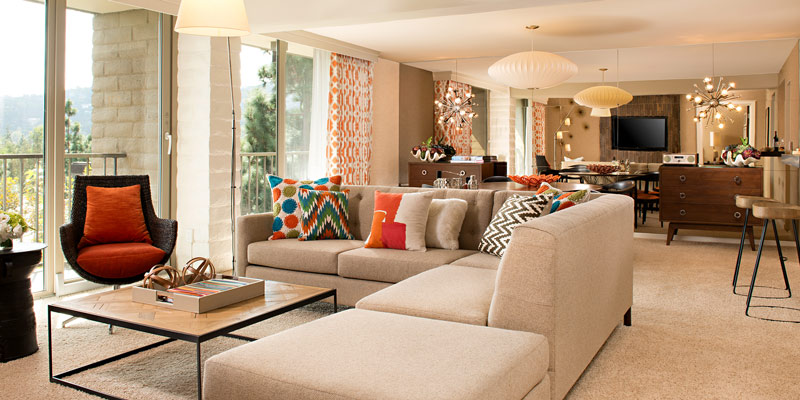 Families will love the expansive suites at The Garland hotel

Despite all that rock and roll, it makes a perfect spot for a couple of days with the family whilst exploring the attractions of Hollywood. As a family run business, it is clear that offering a kid-friendly environment is front of mind. The rooms are spacious and comfortable with all the usual amenities that will keep the kids happy including trendy bunk beds. But of course this hotel is all about its proximity to Universal Studios and its Wizarding World of Harry Potter.

As an approved Universal Studios hotel partner, if you stay at The Garland you can get early park admission which gives you and your little Harrys and Hermonies an extra hour in the park before the muggles arrive. What’s even better is that with the free transfer from the hotel you are literally 10 minutes door to door to all the action.

Being so close also makes it possible to pop back to the hotel for a swim or a rest in the middle of the day if all the excitement becomes too exhausting for the little ones or you simply need a break from the fast and the furious. The swimming and spa pool area is really cool and has a big screen for watching movies if you haven’t had enough of King Kong, Shrek and the Minions already. 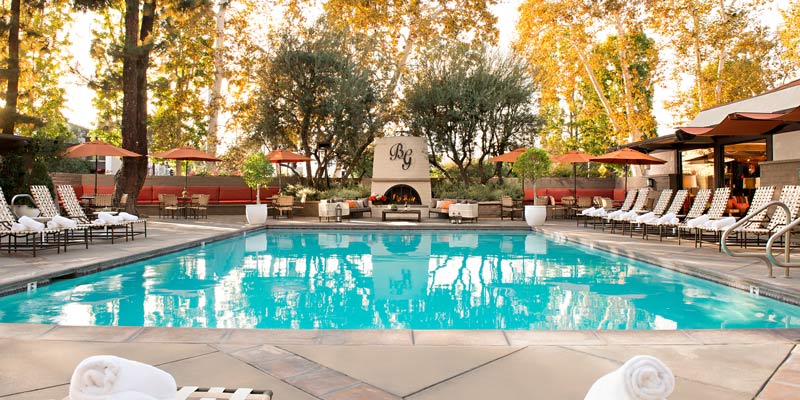 The Garland is a cool retro property with a friendly vibe. It is great value and a refreshing change from the chain hotels that you might otherwise consider. Book a family room on the ground floor and immersive yourself in Hollywood. You will be a star –to your kids at least.

The Garland: The Lowdown

Double rooms at The Garland cost from £220 per night