You never have to tell anyone how much your family holiday cost in the Travelbeam Secret Sale. But it’s safe to say, with savings of up to 45% on five star luxury resorts, you’ll be paying considerably less than guests who weren’t in on the secret.  Having said that, Travelbeam are totally transparent and are always working hard to get you the deal of the century. You can trust their ‘first hand, honest advice’, because no hotel makes it into their collection until it’s been personally tried and tested. All customer reviews – good and bad – are published. And they even promise to try and beat any other like-for-like price deals on their resorts in Europe and North Africa.

Here’s a sneak preview of just five hush-hush holiday bargains in the soon to be revealed Travelbeam Secret Sale. 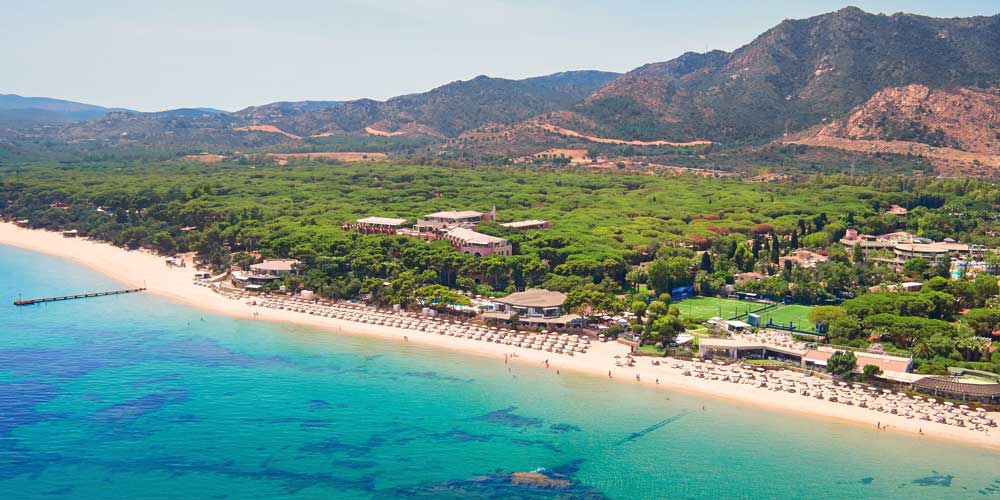 Forte Village has been voted the, ‘World’s Leading Resort’, for the past 17 years with good reason. Sitting on the south coast of Sardinia gives it a great natural advantage in terms of beautiful beaches, long hours of sun, and more than a little heritage. But it’s what the resort has created in the stunning location that wins awards, year after year.

Imagine a beautifully designed small town, where kids are free to run, bike or trike around the streets. Luxury hotels nestle into lush grounds, and everything’s taken care of: from acres of swimming pools to some of Europe’s best children’s sports academies.

Sardinia’s southern coast is famous for white sand beaches that wouldn’t look out of place in the Caribbean. It’s also home to the colourful city of Cagliari, and you can barely walk two steps in this area without running into fascinating history, myths and legends.

Surprisingly uncrowded, the south’s always far easier to explore than the busier north. Cagliari’s atmospheric old town is only 40 minutes’ drive east of Forte Village. And lovely Sant’Antioco islet, AKA ‘Sulky’, sits just on the other side of a brilliantly view-rich bridge, a little over an hour away. 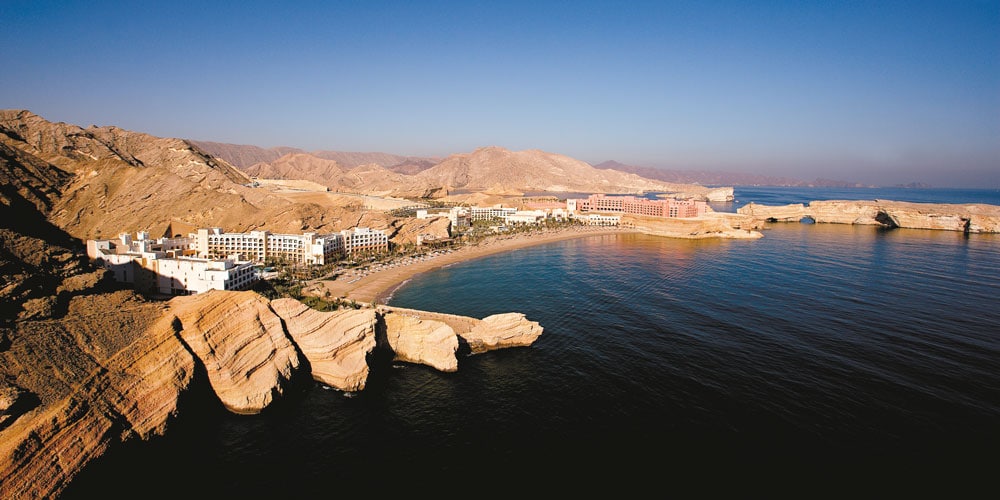 Barr Al Jissah is a remarkable resort, overlooking the Gulf of Oman and surrounded by such wildly beautiful mountain scenery, it’s hard to believe Muscat is just over 30 minutes’ drive away.

Al Waha is the largest of the resort’s three luxury hotels, and the one families easily love best. Not only does it have its own private beach and several oasis-like swimming pools, it focuses firmly on kid-shaped fun: from exciting and creative clubs to outdoor activity programmes and up-close encounters with fascinating Omani culture. Highly entertained children, leave room for you to soothe in the resort Spa Village, explore intriguing Al Mazaar Souk, or brush up your sporting skills, on land and sea.

The drama of Oman is captured in at its most spectacular in the area around Barr Al Jissah, which makes for incredible adventures, well beyond the resort.

You can take to the seas on dolphin and whale watching cruises or hike the mountains with local guides. The charming on-site Heritage Village gives a hint of authentic local life. And if you want more, Muscat is just a short drive away: famous for its attention to architectural tradition rather than gleaming skyscrapers, its combination of lively city atmosphere and age-old culture is endlessly appealing. 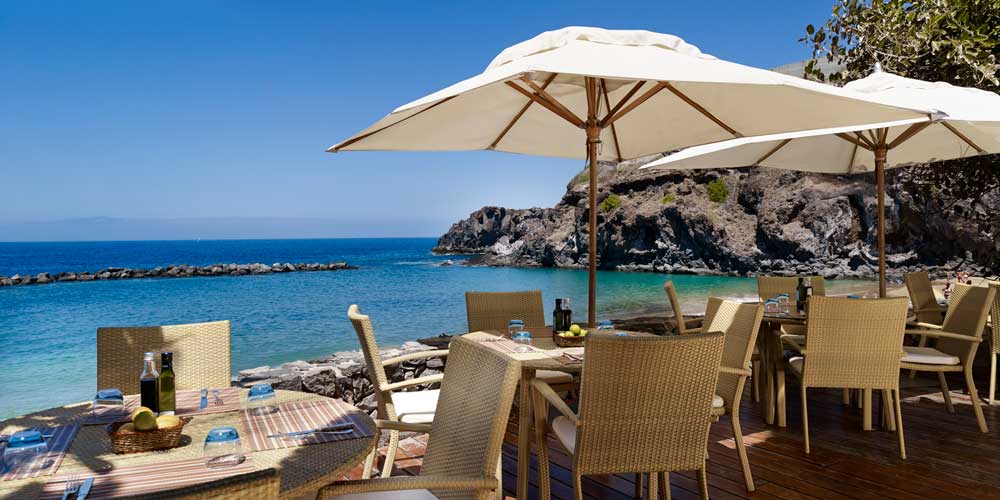 Another top secret resort for 2018, IKOS Dassia is due to open in May on the sheltered east coast of green and gentle ‘garden island’ Corfu.

A mix of spacious rooms, interconnecting family suites, and bungalows have been designed around landscaped grounds. Beachfront here means acres of white sand, and endless Ionian sea views. And this is an IKOS Infinite Lifestyle resort, so it’s all-inclusive right down to drinks at the pool bar, evening entertainment, and breakfast, lunch and dinner in any one of seven outstanding restaurants.

Living up to its name as the ‘garden island’ of Greece, Corfu may be brilliantly warm and sunny, but it’s abundantly lush and green too. The peaceful east coast is known for lovely beaches, walking trails, pretty fishing villages, and great watersports. Head a little further north and you can explore the Durrell connection in and around elegant Kalami.

But don’t miss Corfu Town at any cost. It’s only 20 minutes south of IKOS Dassia, and more than deserves UNESCO World Heritage status. Plan to spend at least a day getting to know the history, or longer to appreciate its atmosphere, take in a few local restaurants, and give all the museums, galleries and shops your full attention. 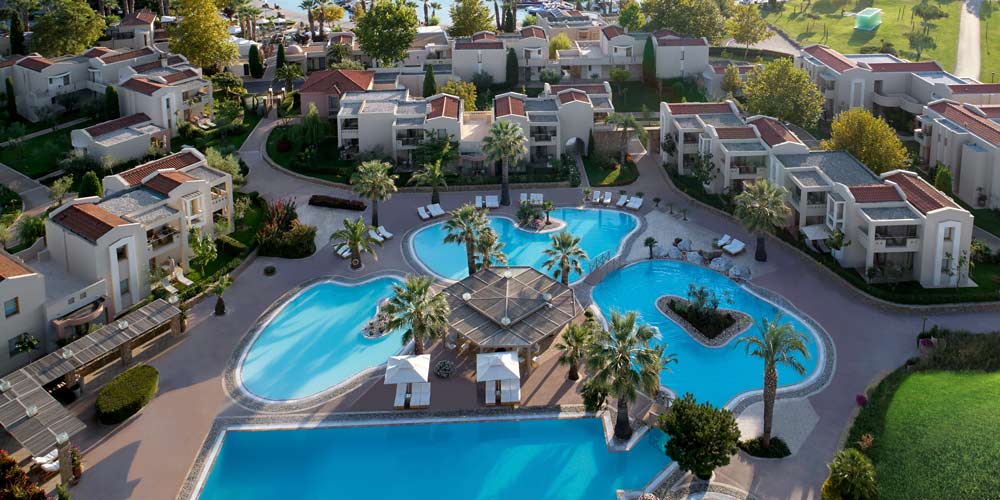 If you don’t believe it’s possible to find sense-soothing serenity in a family holiday, Porto Sani will go a long way to changing your mind.

Named ‘Best Family Resort’ in the 2016 Trip Advisor Traveller’s Choice Awards, this eco-haven is all about huge beaches, clear seas, peace, harmony, and kids having the time of their lives.

With the Kassandra Peninsula as a setting, it’s a given that Porto Sani does everything from wild watersports to leisurely sailing wonderfully well. Suites are carefully planned to give families plenty of space without compromising on original design. The resort restaurants carry a fresh and local theme right through to special baby menus. Kid’s clubs run from creche to teens, and when you want some quiet time on the beach, book Babe Watch to take care of parenting duties, while you take care of you, for a change.

Kassandra is the active, western prong of the forked Halkidiki Peninsula, famous for glorious Aegean beaches, elegant marinas and all sorts of watersports. If you can tear yourself away from the sea, local forests are mountain biking legends, great family walking territory, and thoroughly adventuresome for younger kids.

From charming villages to classical monuments, there’s plenty in the local area to satisfy your inner historian too. Or you could simply let someone else take the helm, go for a cruise and find out why seasoned sailors love this part of the Mediterranean so much. 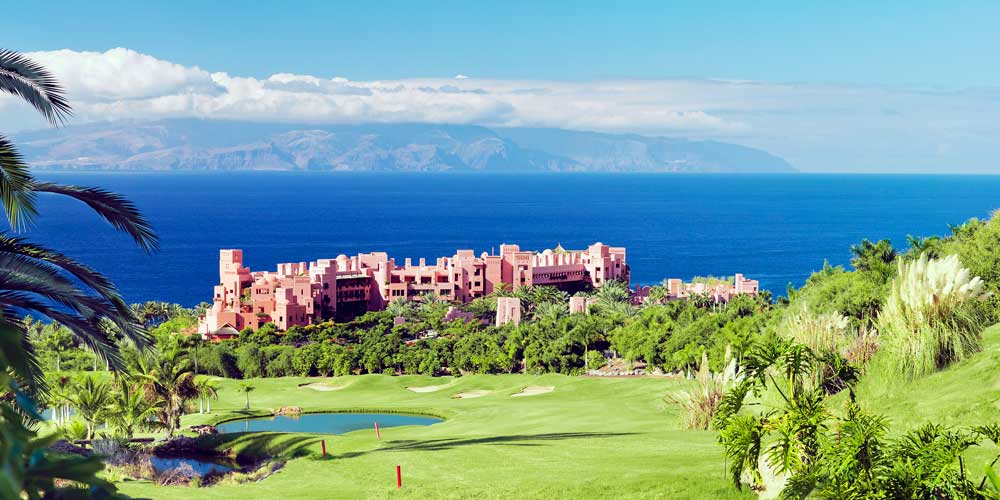 5/6  40% Off family holidays at The Ritz Carlton, Abama, Tenerife

The most striking hotel on Tenerife’s peaceful west coast, The Ritz Carlton, Abama, sits at the edge of the Atlantic and commands the best view on the entire island: straight over the ocean to sunset legend, Isla La Gomera.

Naturally, this is every inch a luxury resort from the 18-hole golf course to 2500m² of blissful spa serenity. But, despite all the opulence, it still manages to be family-friendly, almost to the point of indulgence.

Ritz Kids, isn’t just a children’s club, it’s one of the largest in Europe. The hotel’s rooms are famously large too, and the new range of two bedroom suites were designed just for families. Enormous, exotically planted grounds are child-heaven for romping around, and of course, there’s plenty of just-for-kids swimming pool space too.

Guia de Isora couldn’t be more typically west coast Tenerife. It’s unspoiled, characterful, loaded with traditional charm, and has scenery and glorious sunsets as trademarks. You’ll be pleased to know it also comes through on gorgeous beaches, friendly atmosphere and plenty of adventure: nearby Los Gigantes definitely helps on that score.

Stay local for Sunday morning markets, dolphin cruises, exciting nature trails, gentle hillwalking, and some of the Canary’s best surfing. Or if you’re in the mood to wander, Los Cristianos, Tenerife’s heartland of waterparks and theme parks, is just 20 minutes away; and must-see Mount Teide is less than an hour’s drive east. 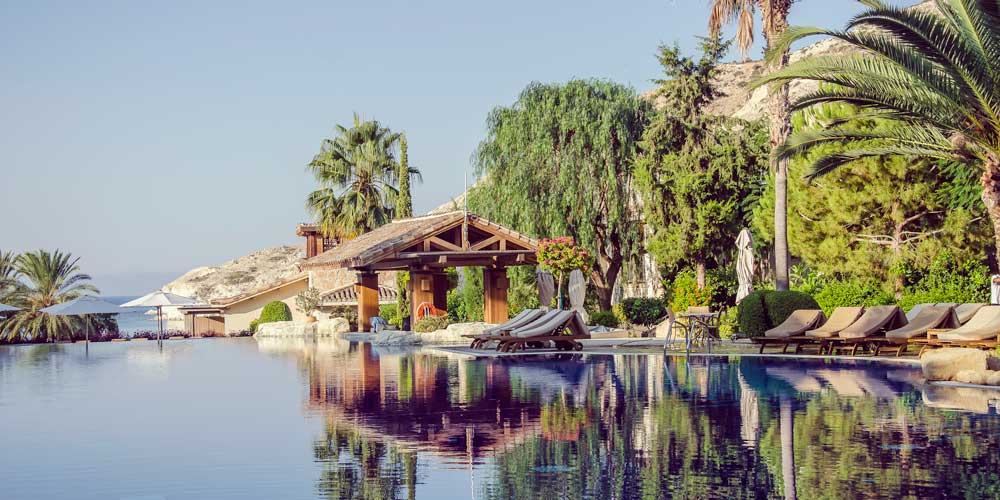 Sitting on Pissouri Bay, overlooking one of the south coast’s prettiest Blue Flag beaches, Columbia’s location alone deserves an award. Although it’s hard not to be equally won over by the charming village-like design; laid out around 75,000m² of tropical gardens dotted with waterways, swimming pools, shady courtyards, and pretty restaurants.

Not resting on any laurels, the resort has just been completely refurbished, and now offers a range of spacious two bedroom family suites, plus a new creche in the already excellent kid’s club.

If you want to mix serenity with some city fun, Limassol is just half an hour’s drive east of Pissouri. Or you could head west about the same distance to UNESCO World Heritage Paphos; drop in on the Tomb of Kings and browse the old town street market, it’s one of the country’s best.

If you don’t see the family holiday you secretly yearn for here, have a closer look at what other resorts in Europe and North Africa are on offer right now in the Travelbeam Secret Sale. 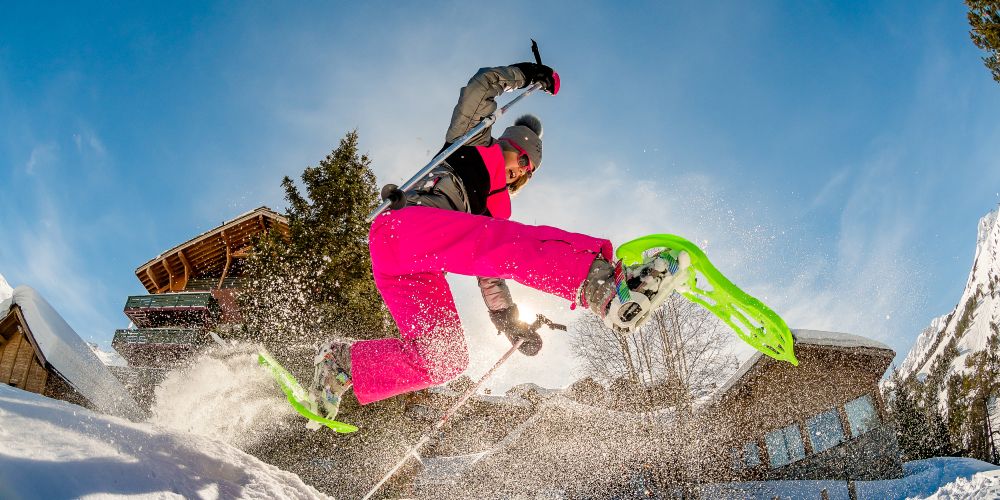 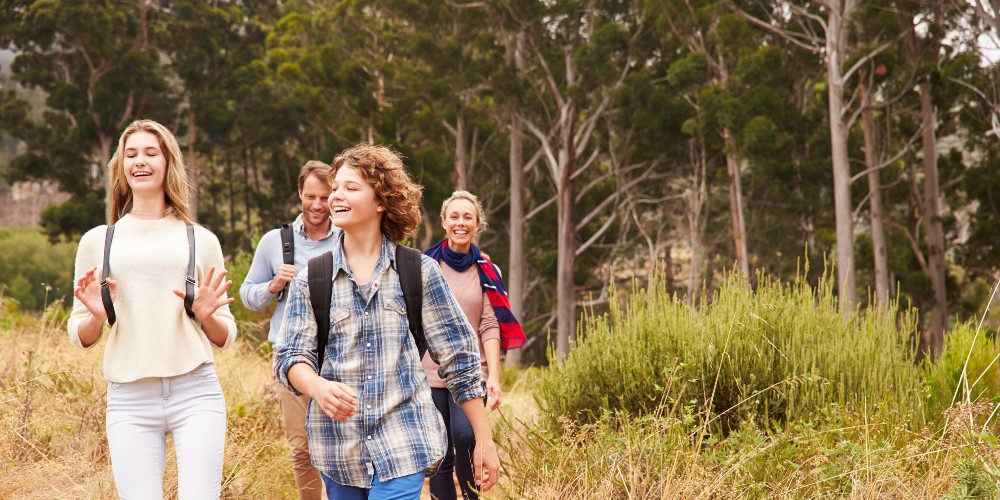 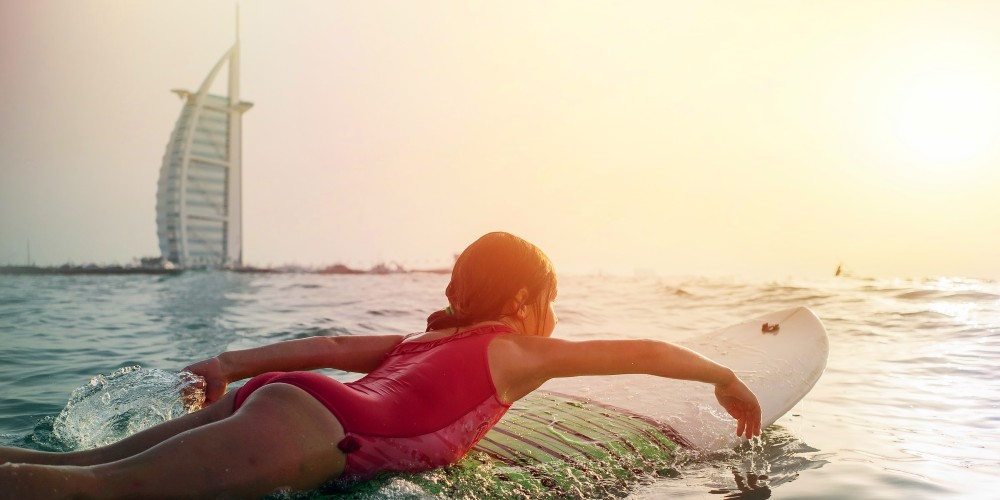