P&O Cruises has just released an exciting video of the first ever Escape Room experience at sea. It’s set to launch in December 2022 on board the new cruise ship, Ariva, and it’s the perfect adventure for families. Take a look.

Rally the troops for an underwater mission on new Arvia

P&O Cruises has just released a new behind-the-scenes video of Mission Control, the first-ever escape room experience on a cruise. This thrilling activity will be on board its latest ship, Arvia, which launches in December 2022.

Mission Control takes families on a thrilling underwater adventure, all set aboard the fictional submarine Arvia II. You and your children will no longer be regular cruise passengers, instead you’re a kick-ass team of marine explorers and underwater detectives!

You’ll be following the orders of the fictional character Dr Melissa Ryan, the leader on your intrepid mission. So prepare to be awed by realistic 3D surroundings as your submarine voyages into ocean canyons, glides past sunken cities and encounters underwater creatures.

Mission Control may be fictional but real research went into its creation to make the whole experience authentic. Developers at Düsseldorf-based technology company, Tennagels looked into the controls and technological functions of a real submarine and built these into fictional Arvia II!

P&O Cruises aims to “wow guests” with the new activity and make them feel like they’re in “the biggest blockbuster movie”, said P&O Cruises president Paul Ludlow. But it’s also designed to teach kids more about their environment. So the Mission Control escape room is thrilling, fun and leaves families with a greater awareness of the need to protect our fragile marine ecosystems.

Staying with the environment theme, Arvia is P&O Cruises’ second LNG-powered Excel-class ship, after Iona, which joined the fleet in May 2021. LNG (liquefied natural gas) is one of the cleanest burning non-electric fuels available for the cruise industry and just one of the ways P&O Cruises is doing its bit for sustainability. 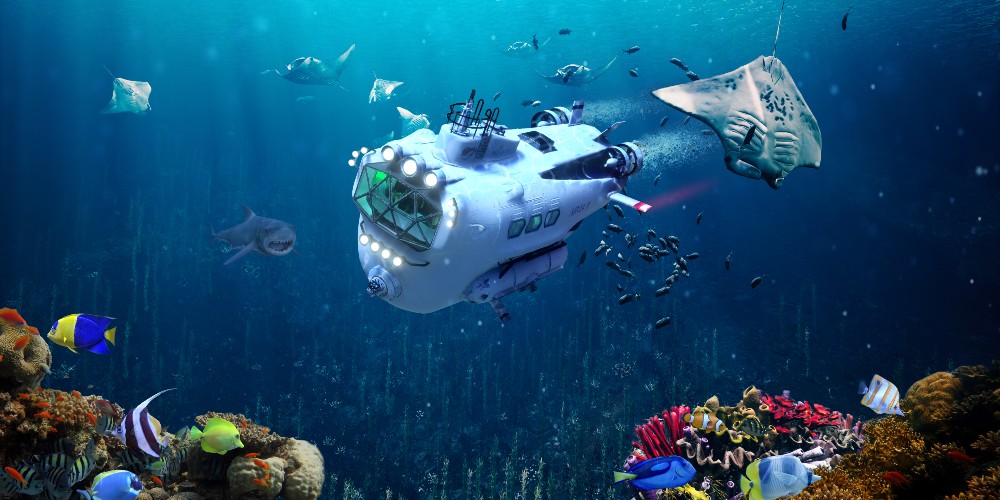 Eager to get on board both the ship and the fictional submarine? Arvia’s maiden voyage is to the Canary Islands on December 9, 2022.

This 14-night full-board cruise costs £1,299 per person for an inside cabin, and includes kids’ clubs and entertainment. A round voyage from Southampton, the cruise calls at Madeira, Tenerife, Gran Canaria, Lanzarote, Cadiz and Lisbon, before returning to England.

Ready to get really excited? Find out about new Arvia from P&O Cruises and discover more fun things to do on family cruise holidays this year and next.