We’ve found the most magical places on earth that all kids should see before they grow up. Parents can expect to be enchanted too. Take a look. 11. Stingray City, one of the most magical places in Grand Cayman 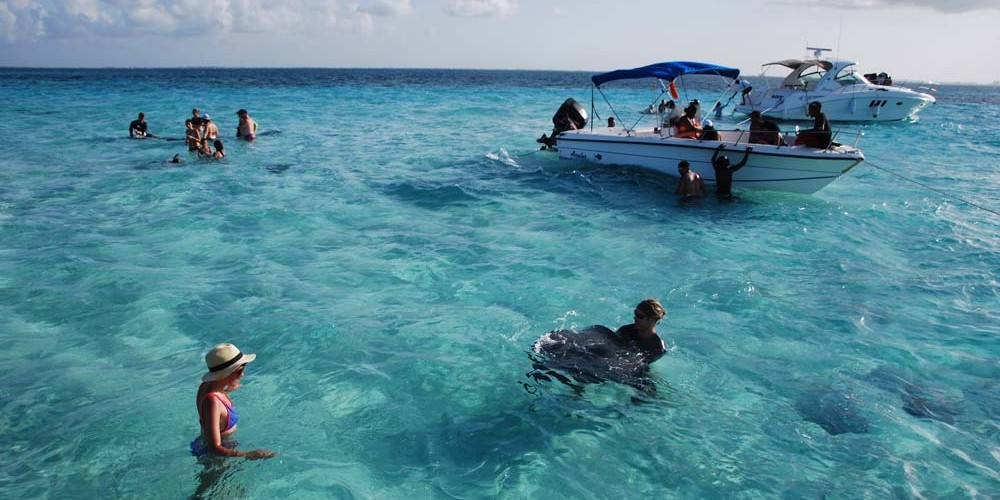 This remarkable aquatic city in Grand Cayman invites you to enter a surreal world where you’ll find yourself surrounded by dozens of stingrays. The water is shallow, crystal clear and plays host to dozens of gentle residents, who tickle rather than sting.

Forget about kissing a frog to find your Prince Charming, they say kissing a stingray gives you seven years good luck, so pucker up. Travel 113 million years back in time and take a prehistoric walk at Dinosaur State Park in Texas. Your kids will delight in exploring five trails, where they can distinctive three-toed Sauropod and Theropod footprints. If dinosaur footprints aren’t exciting enough, you can also have fun on mountain bikes or go swimming in the river here.

Younger kids should borrow a Junior Ranger Explorer Pack to help them learn about the park. And older ones can enrol in workshops, where they’ll pick up cool new skills, like archery.

We’ve curated the best stays near Glen Rose in Texas, take a look

9. Glass Igloo Village, Finland: one of winter’s most magical places

This snowy resort offers your brood the opportunity to stay in a glass igloo to either admire the Northern Lights or to lose yourselves in the thousands of stars in the night sky. A four-person igloo has its own toilet and shower, and the temperature is maintained between –3 and –6°C. Glass igloos are available to book for the whole Northern Lights season, mid August until the end of April.

Down sleeping bags are provided to keep you nice and snug, but if you’re after a little more warmth, why not upgrade your accommodation to the Kelo-glass igloo? Combining the warmth of a log cabin while maintaining the panoramic views from the igloo, each can house up to six people and they boast their own sauna, fireplace and kitchenette.

During the festive season Santa opens his doors to show little ones what it’s really like to be one of Santa’s Little Helpers. If your kids are a little older, they can get their kicks on snowmobile, reindeer or even husky safaris. A night in an igloo starts at around £450. 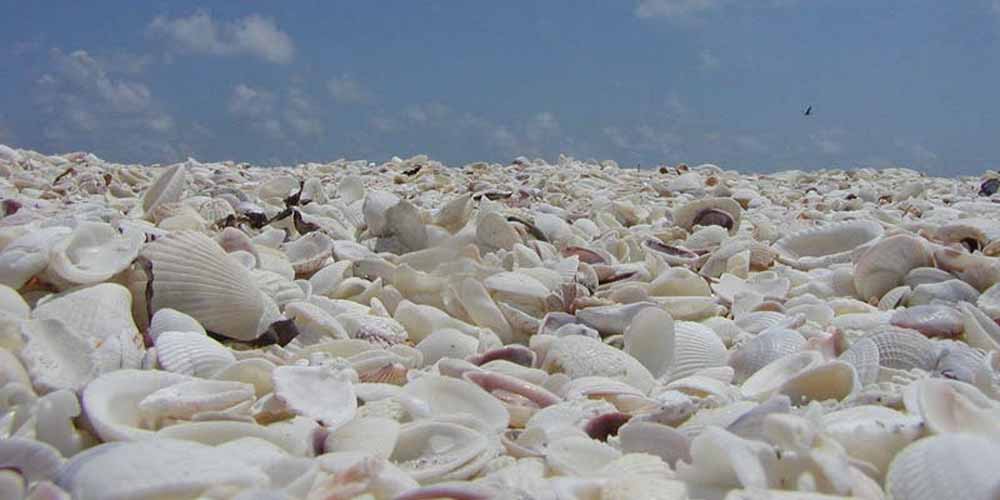 She sells seashells on the seashore is a tongue twister we’re all familiar with, but any shell-seller would be redundant on these Gulf coast barrier islands, where shells are in abundance. The beaches are littered with pretty white wonders, washed up by the sea. Little ones will be preoccupied for hours, hunting for their perfect holiday memento. An added positive is the shallow water, which makes this a great place for tots to safely splash about.

If you’re able to keep the kids still for just a second, they may be able to spot a ghost crab burrowing on the beach, or even dolphins swimming off-shore. To take advantage of the wildlife that lives on these islands, visit Sanibel’s J. N. Ding Darling National Wildlife Refuge, which is home to alligators, manatees and roseate spoonbills.

7. Walt Disney World, Orlando: one of the most magical places on earth Walt Disney World is beloved by families, for a good reason. From little ones who love to meet their favourite characters, to older children seeking some of the world’s most adventurous rides and roller coasters – there’s enough at Disney to keep the whole family grinning from ear to ear.

The park hosts different displays, depending on the time of year, and they are guaranteed to impress. The whole park is worth exploring, but if the kids are in charge, you’ll likely spend most of your time in the Magic Kingdom.

Staying at the Walt Disney World Resort in Orlando means you’re entitled to extra hours within the park. Keep on top of the queues and travel around the park in the easiest way possible – using apps like Wait Times at Disney World and Disney World Lines. Better suited to active teens, this excursion will see you kayaking through narrow mangrove tunnels, surrounded by iguanas. With every paddle you’ll find yourself closer to the bay where the spellbinding water sparkles beneath your paddle.

It certainly looks like magic, but it’s actually a chemical reaction caused by oceanic plankton being physically disturbed.

The luminosity of the plankton is dependent on the conditions of the water, as well as the brightness of the moon, so it’s a good idea to check in with your guide prior to booking. There are several tour companies which are popular, including tried-and-tested Kayaking Puerto Rico. 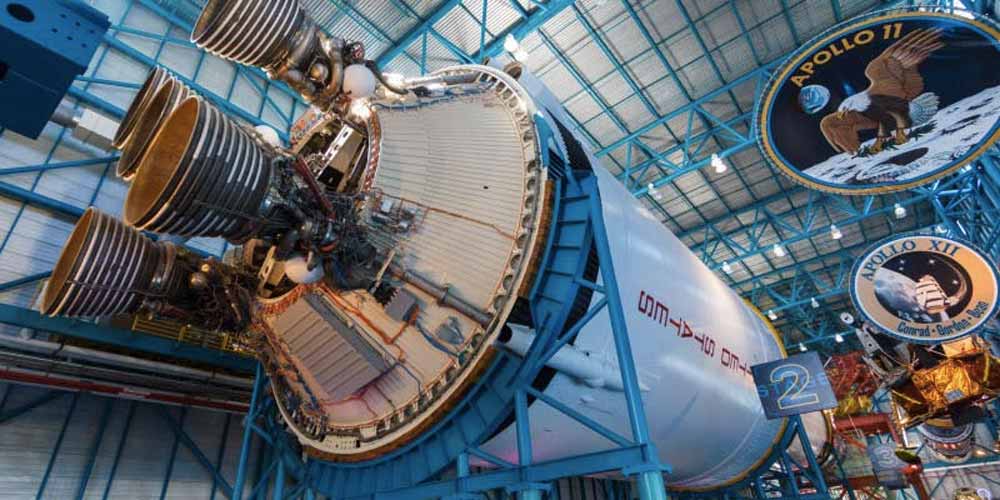 What kid doesn’t dream of becoming an astronaut? At the spectacular Kennedy Space Center dreams come true, as guests are transformed into astronauts for the day. From experiencing a shuttle launch to the family-friendly astronaut training experience, you and the kids will have a ball learning about life in space, including what astronauts eat and just how they prepare to deal with g-force.

As the Space Center is only an hour away from Orlando, it makes for a perfect day trip while staying at Disney World. This stunning national park, set within California’s Sierra Nevada mountains, boasts world-renowned waterfalls, best seen in the spring and early summer, as well as steep granite cliffs that climbers from around the world come to scale. Other famous sites include the dramatic rock formations Half Dome and El Capitan and Yosemite Falls. If trekking isn’t your family’s thing, then why not relax on a trip down the lazy river or tube down the calm Merced River?

The free park shuttle that goes around Yosemite Valley, invites you to hop on and off as you please. Fancy trekking with a twist? If you hike the Mist Trail you’ll be able to walk alongside the magical Vernal Falls – but it is not to be taken lightly (especially with little legs) as there are 600 granite steps to the top. We recommend that you take a waterproof jacket with you, as you will most likely get wet too.

3. Masai Mara, Kenya: one of the most magical places for family safaris 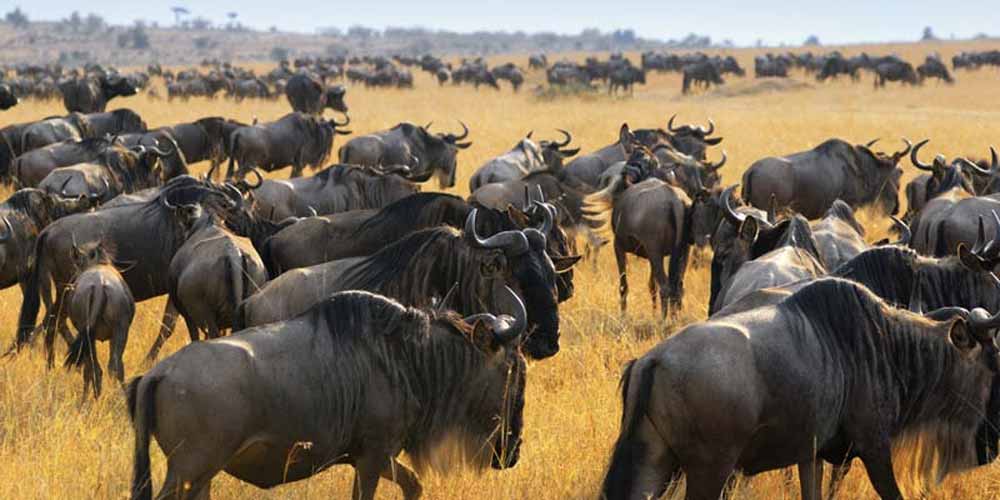 The best time to travel to Masai Mara is during the wildebeest migration, which takes place between July and October. You and the kids will have the chance to catch a glimpse of the huge movement of up to 1.7 million wildebeest, 400,000 Thomson’s gazelles, 300,000 zebra and 12,000 eland. If you do decide to travel during Kenya’s dry season, between December to February, you’ll have a better chance of seeing big cats.

We suggest you visit Masai Mara for a minimum of four days, to make the most of this incredible phenomenon. If you decide to escape for a week, it’s worth visiting nearby national parks – Amboseli, Tsavo East and Tsavo West.

We’ve curated the best stays in the Masai Mara, take a look

2. Grand Canyon, North West Arizona: one of the most magical places of all time As one of the world’s most iconic sites, the Grand Canyon speaks for itself. Kids of all ages can’t help but be impressed by the spectacular views over this great gorge that is 277 miles long and 6,000 feet deep in some spots. Some of the rocks here are millions of years old.

If you don’t just want to stand and gaze, then why not bike along the South Rim, or hike into the canyon on a free ranger-led tour or even ride a mule with Grand Canyon National Park Lodges? Through these tours you’ll be able to spot fossils, lizards and even Californian Condors. For that extra special adventure, you can explore by mule, but you may have to book at least a year in advance.

We’ve curated the best stays near the Grand Canyon, take a look

Yellowstone is America’s very first national park and has the highest concentration of geysers in the world. One of the most famous attractions is Old Faithful, which shoots sky-high steam every 90 minutes. It’s not just old geysers here; there are stinky mud pots and multi-coloured hot springs to explore too. You’ll also be surprised at just how much wildlife is around including bison, elk, bears and wolves, with some appearances from Bighorn Sheep as well.