A teenager’s eye view of the Galapagos

When you first see the Galapagos, it seems difficult to imagine that these weather beaten rocks and sparse shrubbery had risen out of a subterranean magma chamber, boiling beneath your feet as you step onto the isolated runway in the island of Baltra. I half expected the visit to be led by an disinterested tour guide pointing at a slightly moving speck extremely far away, and that my camera wouldn’t be able to cope with it.

It wasn’t like that at all. As the bus arrived at the harbour, a marine iguana, which was about half a metre long, wearily raised its head at the oblivious tourists, who were more occupied with the huge brown backed pelican who had proceeded to sit on the roof of the boat and pick curiously at the luggage the passengers had taken.

When we arrived at the other side we took the Finch Bay hotel taxi on the 49km road which was an alternating track of tarmac and rubble. Even I still managed to spot a large amount of giant tortoises which, as the tour guide said are “impossible to keep in one place”, which is understandable as they are built like a tank. 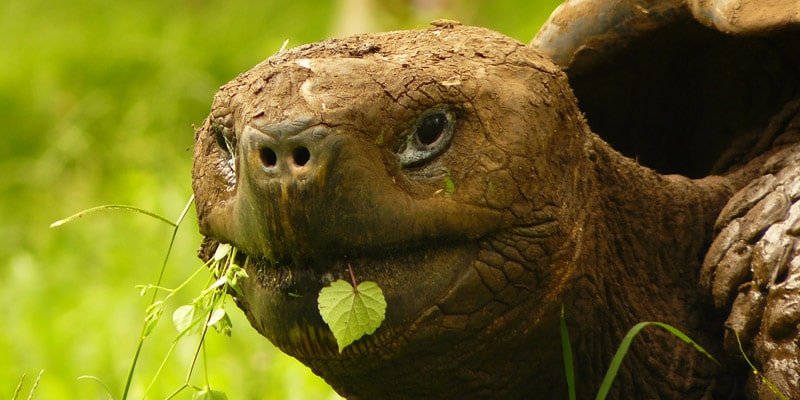 We arrived at the second marina of the town Puerto Ayora, with a population of just 20,000 people. Probably the most charming aspect of this town was the fact that the daily fish market had two sea lions waddling around and acting rather adorably, among the other village regulars were about 20 brown backed pelicans and a bemused marine iguana that had a passive `just passing through` expression.

Around Finch Bay, as it was right by the sea, there were lots of marine iguanas and ocean-going birds. Among the animals were a whole host of Darwin Finches, which I kept seeing, but the tiny sparrow-like birds never lost their charm. In that way they were similar to nearly all the animals in the Galapagos.
After Finch Bay we moved on to the wonderfully modern hotel Pikaia Lodge, aptly named after the first creature to develop a backbone, paying tribute to the islands evolutionary heritage. We selected the four-day/five-night package and we were introduced to our very knowledgeable guide, Paulina. 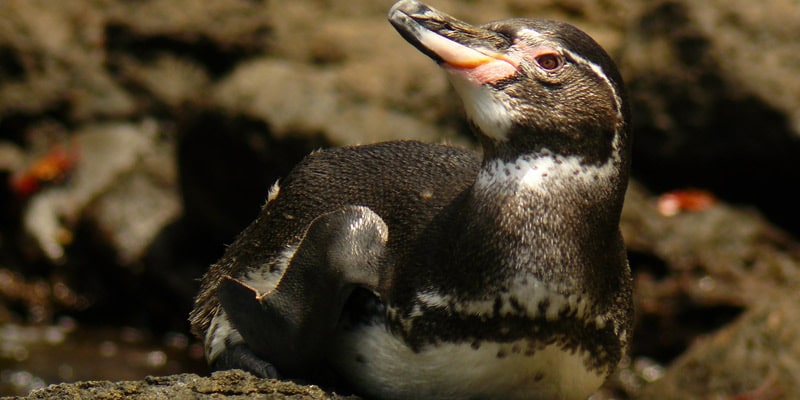 Up close to a young Galapagos penguin

On the first day it was a “water” day where we did snorkelling, which was extremely interesting, as we were greeted into the surprisingly mild water by the brown and puppyish faces of two sea lions which looked at you so intelligently you expected them to jump out of the crystal clear waters and do long division. Needless to say, they didn’t, but if you swum down and did a few twirls and twists they would swim down and mimic you!

Along our brightly coloured marine life smothered snorkel, we managed to see a pacific green sea turtle, which had algae growing out of its back, munching slowly at the kelp on the lava rock. Then, in the afternoon we sailed along to the island of plazas where there was a huge land iguana colony. When I heard this I thought “they’re probably all in their burrows and only the diseased ones will be out” Oh how wrong I was. You practically tripped over land iguanas. At times I nearly did. The land iguanas were totally uninterested in you, which made them perfect for taking photos as they look at you superiorly through scaly eyes. 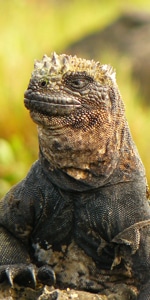 On the second day it was a land day, which meant that we toured through the highlands, which was one of seven different ecosystems on the island. This highland ecosystem (very different from Scotland) was populated by scalasia trees which are basically giant dandelions. In this scalasia forest there are two sinkholes called Las gemeas (the twins) because they are so close together.

These massive sinkholes were created when a caldera which had been covered over had collapsed and left the craters in its stead. In this scalasia forest there were a lot of small to medium sized birds like the Galapagos mockingbird and several varieties of finches such as the tree finch Later in the day we went to the reserve of probably one of the most iconic creatures in the Galapagos, the Giant Tortoise.

This huge reptile wasn’t exactly graceful, as it moved in a similar way to an extremely over-fed Labrador, and looked like a baby Godzilla, but these living fossils had an endearing quality to them. These enormous turtles are an example of island gigantism, where an animal has no predators so it just eats and eats and eats, and in the consequences grows to outstanding proportions; there are rumours that there was a giant tortoise that lived to 200+ years old. These huge tortoises have an amazing digestive system, as they can eat the poison apple which is so alkali that it burns a human’s skin.

On the third day it was a water day, it was much like the first day but in a lot of ways it was better. We started of the day by sailing to the island of Bartolomé which apparently had extremely good snorkelling. The tour guidess, Paulina, took us on a 400 step hike which felt like someone was pouring acid on my hamstrings. It was really very interesting but I was concentrating all my energy on pretending that I could handle the walking. Afterwards we went snorkelling which was amazing because the animal were not afraid of you at all. I won’t say all of the animals we saw, as it will cover the whole page but highlights included Hawksbill turtle (critically endangered), Marine iguana (vulnerable), Galapagos penguin (endangered), Green sea turtle (vulnerable) and the Nazca booby (common). 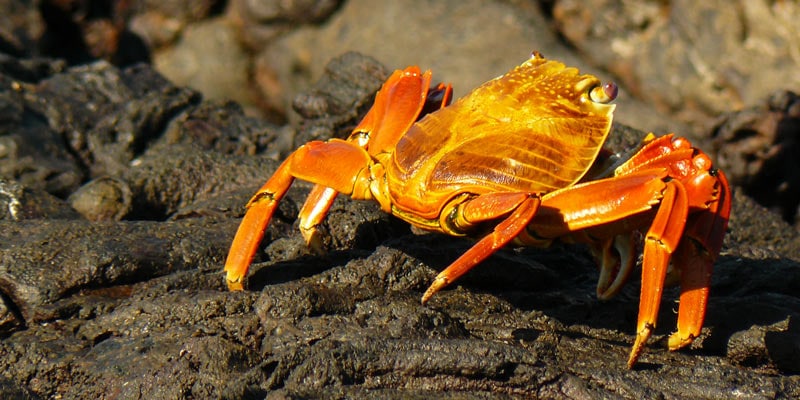 The Galapagos really is extraordinary. Made from lava, it has iguanas that spit salt and tortoises heavier than a human and whole forests made of oversized dandelions. That its riches are being so well preserved by the National Park that looks after it, means that future generations will be able to look on in awe at the bio diversity to be found on, under and above this small and barren archipelago.

Justin travelled with his mother, travel writer Mary Lussiana. Read more about their thrilling trip to the Galapagos