Inferno Ski Race 2022: how to be a ski racer for the day in Murren

Every year in January the Inferno Ski Race in Murren lets complete amateurs be ski racers for the day. Family Traveller CEO, Andrew Dent, took part in this year’s race. How did he do? Would he do it again? Read on and find out. 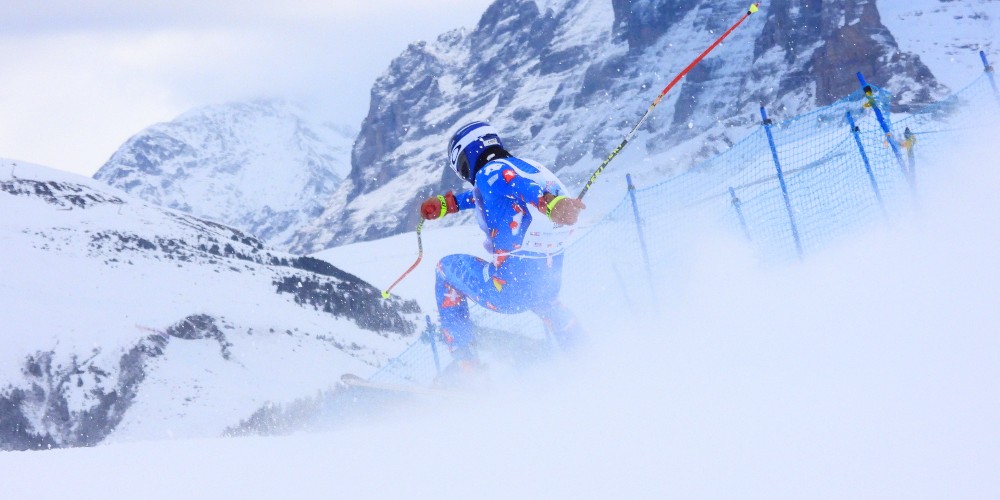 The normally peaceful Swiss ski resort of Murren is a lovely place. It’s best known for stunning views of the Eiger and a gently-revolving restaurant which featured in the classic Bond movie, On Her Majesty’s Secret Service.

However, all this changes one weekend in January when the town hosts the famous Inferno Ski Race. This is not just any ski race, it’s actually the world’s longest downhill race. The course varies a little depending on snow conditions, but averages at 10km, and can be as long as 15km. For context: the average World Cup Downhill course is 3km.

I’ve reviewed tranquil, car-free Murren before for Family Traveller. But during Inferno Ski Race week the buzz around the resort dials up noticeably. You see posters with the Red Devil, Inferno logo from the moment you arrive at the base of the valley. And there are a lot of professional looking visitors around, most of them carrying very long ski bags. So there’s no doubt something is afoot. 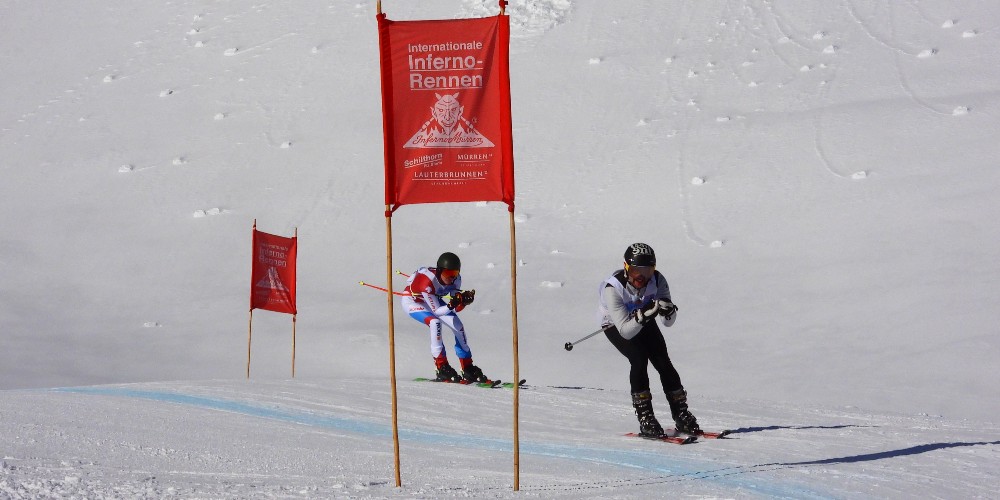 Inferno is the longest downhill ski race in the world

Think you’re a strong skier? Brace yourself for the Inferno Ski Race!

For clarity’s sake, your intrepid reporter is a seasoned skier. I’m a strong intermediate, maybe even ‘advanced’, on a good day. But I had never experienced ski racing in any form before now.

Myself and other members of the Press Group, were to be thrown into the mix and pit our talent – or lack of it – against 1850 other competitors. In the same field there would be veteran world cup ski racers from Austria, Switzerland and Italy, as well as Great Britain’s own Graeme Bell, formerly of Ski Sunday.

On the Friday before the race, we got to go out and test our equipment and ski various parts of the next day’s run. The course starts just below the summit of the resort, so we headed up to the Piz Gloria restaurant at the top of the Schilthorn. Worthy of a Bond movie in its own right, the journey up involves two cable cars which climb imperiously to the summit.

Once at the Piz Gloria the 360-degree views are simply stunning. It is no wonder that in pre-Covid days this was a tourist attraction for hundreds of non-skiers every day who came up just to take in the views, the atmosphere and possibly the Bond Museum. However, we were not here for the views, we’d come to prep for a race.

Skiing Murren is usually a total pleasure, but today nerves and butterflies got the better of me. I really didn’t know what to expect and the whole thing was putting me off my carves. Naturally there was also plenty of ‘banter’ amongst the group, which wasn’t necessarily helpful. There was also plenty of checking out the competition, even within our own little group.

I put myself down as the third fastest in the group, we’d see. However, plenty of super-gnarly racing types were also darting around checking out entry angles to frightening looking turns. So all-in-all, it was quite daunting. 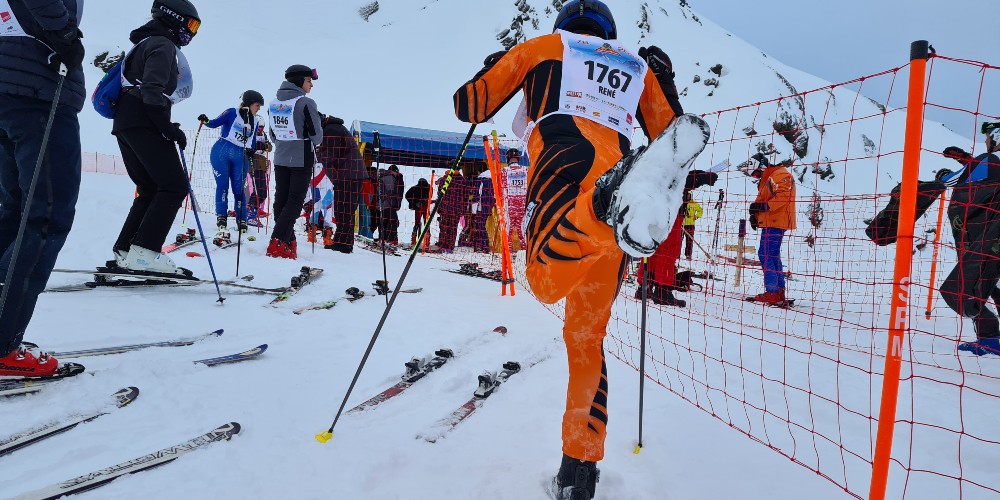 Skiers warming up before start of Inferno Ski Race

The big day dawns and there’s no going back

After a good dinner and a few drinks, we had an early night before race day. I’d been loaned a skin tight ski suit for the race. And dressed in the colours of Murren’s famous Kandahar Ski Club I did manage to stick out like a sore thumb and unwittingly put a target on my back. All gear and no idea? Sounded about right!

With an early start time, I found myself in a ski technician’s hut in the pitch dark as he waxed my skis for the race. I wasn’t sure I wanted the extra speed he promised, but hey, I was all in at this point.

Still in the dark I boarded the cable cars to make the journey up to 2,970m (9,740 feet) cramped in alongside my fellow competitors. The tension in the air was palpable, occasionally pierced by nervous jokes and loud music. Bat out of Hell by Meatloaf at full volume seemed to be our unofficial anthem.

Once safely in the Piz Gloria restaurant, coffee and something to eat was offered but sadly, nothing stronger. The ski pros were a little off-putting as they stretched into all sorts of yoga positions and warmed up their huge muscles. Since I simply didn’t have those, there was no point warming them up I reckoned. Then, all too soon, it was time to go down to the start. 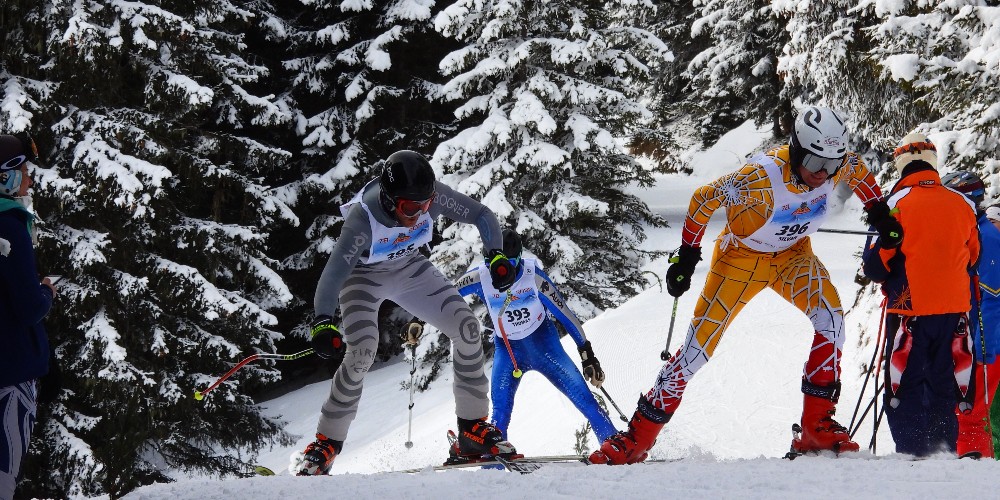 Some uphill slog on the world’s longest downhill race

Unbelievable thrills and not a bad result, for a non-racer

I slotted in just behind Graeme Bell’s camera man who was following the former GB number-one down the hill. That was the last I would see of them, I figured. Due to Covid there was no traditional shot of Schnapps at the gate. So off I went, sober.

The thrill of the race was immediate. Even though I started out pretty gingerly, I picked up confidence as the race went on. There weren’t too many – any in fact – coming past me from behind. Perhaps I was doing alright. Silverware? Nah, concentrate!

As I continued the long, steep descent, my legs started to burn and my lungs began to heave. But I was still upright and going ok. It was the most exhilarating experience I have had on skis – and I’ve tried heliskiing!

I got to the end in 12 minutes 48 seconds, which I thought was pretty respectable. It got me second place in our group. Although, in my view, I was beaten on a wrong turn technicality, a story that became well-worn over the post-race beers. And if I was less sporting I might not mention the fact that I actually finished 1000+ in my category! 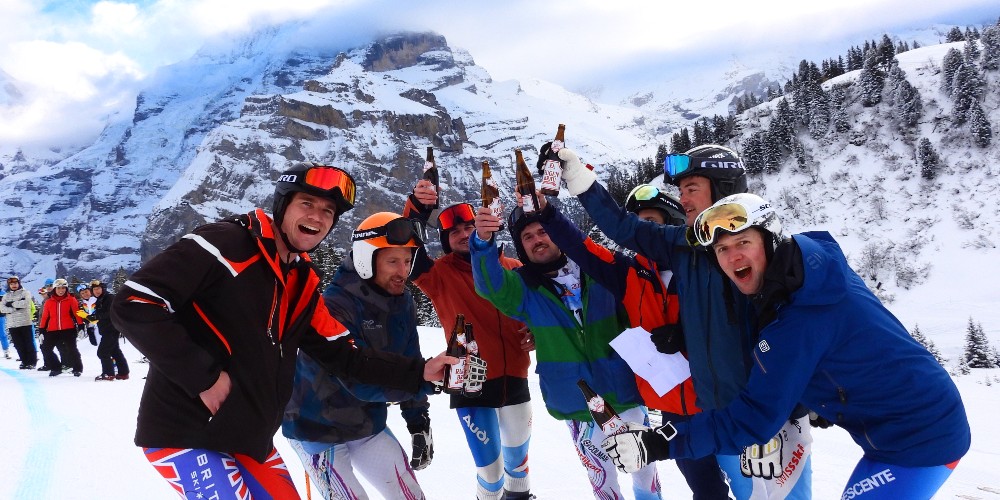 How to enter the Inferno Ski Race 2023

Final verdict? The Inferno Ski Race was a blast. Yes, it’s technically challenging and a test of fitness. You have to push uphill in places and it will test your nerves. But all-in-all, it’s an accessible experience for any intermediate skier and possibly the most fun way to become a ski racer for the day!

If you want to give it a go next year, entries for Inferno are available, via a public ballot, to any ‘strong skiers’ over the age of 18 years. The ballot opens mid-June through to mid-September.

The field is limited to 1850 skiers, but there are normally around 3000 applications. Priority goes to those who’ve competed in previous years, so your chances aren’t great.

But don’t let that put you off visiting Murren. Even if you’re not successful in the ballot, book for race weekend anyway. The weather and snow conditions are generally excellent. There’s a good party vibe. Plus, you get to enjoy the atmosphere without the nerves and physical burn of competing. That actually sounds pretty good. See you next year.

When is the Inferno Ski Race?

Held every January in the car-free village of Mürren, Switzerland, the Inferno is the world’s longest downhill ski race.

How to plan your race weekend in Murren?

Visit Mürren Tourism for a wide range of accommodation to suit all budgets from self-catering apartments to the four-star Hotel Eiger.

To plan travel from UK to Mürren visit the Swiss Tourist Office or call Switzerland Travel Centre on 0800 100 200 30.

For a race application form visit Mūrren Inferno – last registration for entries to the 2023 race is 15 September 2022. For more thrills follow us on Instagram and Facebook. And listen to the Family Traveller Podcast on Apple, Spotify, Amazon or wherever you get your podcasts!