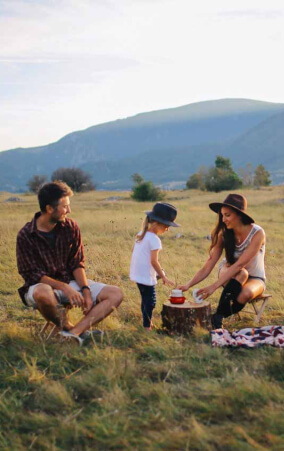 The first Hunger Games’ movie was filmed in North Carolina. Visit DuPont State Forest, hike to spectacular Triple Falls, and have a picnic on the rocks where Katniss sang Rue’s Lullaby. Don’t miss Henry River Mill Village: the eerie ghost town east of Asheville which doubled as infamous District 12. And real super-fans might want to consider a night at hip Hotel Indigo in Downtown Asheville: the cast stayed here during filming.

Alternatively, try a ‘Hunger Games Unofficial Fan Tour’, which does DuPont in cinematic detail, and includes a themed lunch and activities like archery. Don’t let the ‘unofficial’ part put you off: the tours are Five-Star Trip Advisor Recommended.

How to get there: DuPont State Forest is an hour south of Asheville; Henry River Mill Village is an hour east

When: Hunger Games Unofficial Fan Tours are on Saturdays and Sundays, from March to October

Find out more about Hunger Games Fan Tours from Asheville Where to stay on family holidays in North Carolina 30th Mar 2021
Love to travel with your family?
Get inspiration, tips and holiday competitions straight to your inbox!