Sail the Aegean on a family adventure cruise in July 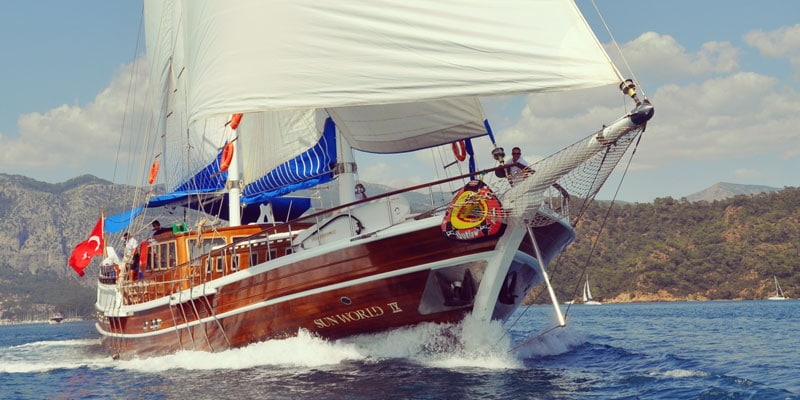 History can be a hard sell on holiday, as any parent who’s tried to excite-up a museum visit will happily confirm. Even big-hitters with children’s tours, events and activities don’t stand a chance against the all-out-no-holds-barred fun of waterparks, white knuckle attractions and even basic beaches. But there are ways and ways to do history and not all of them involve hushed traipsing round hallowed halls.

If the very words Dodecanese Archipelago bring a flutter to your grown-up heart, you aren’t alone. The legendary Aegean islands have been romancing travellers for millennia and with good reason: they’re spectacularly lovely, fascinating and steeped in myth. They’re also a floating playground where Peter Sommer cruises have effortlessly transformed dry and dusty history into a ridiculously exciting family adventure.

The average eight year old isn’t likely to be that interested in the importance of Kos as a Ptolemaic naval base. But sail them into Kos harbour in the wake of the ancient Egyptians and it’s a different story altogether. The entire island of Nisyros is a volcano. All very abstract, until there’s bubbling water beneath your feet, the smell of sulphur in warm summer air and an entertaining expert on hand to separate fact from fiction. A medieval monastery’s a medieval monastery unless it’s a clamber-some rock climb for views over an islet-strewn sea where little explorers will be kayaking, swimming and snorkelling for the next few hours. And if you think Greek Mythology’s too dull for kids, a morning in the Cave of the Apocalypse should clear up that modern myth.

Of course, it helps that history Peter Sommer’s style is absorbed almost as a by-product of cruising aboard a classic, two-mast Turkish gulet with the Aegean as a natural waterpark. Mooring in gorgeous island harbours overnight, sleeping in cute cabins, feasting family-style under the stars and discovering secret sailor-only coves and beaches doesn’t hurt either. And there isn’t a kid yet born who won’t appreciate an entire holiday without a single, stuffy car journey in the mix. 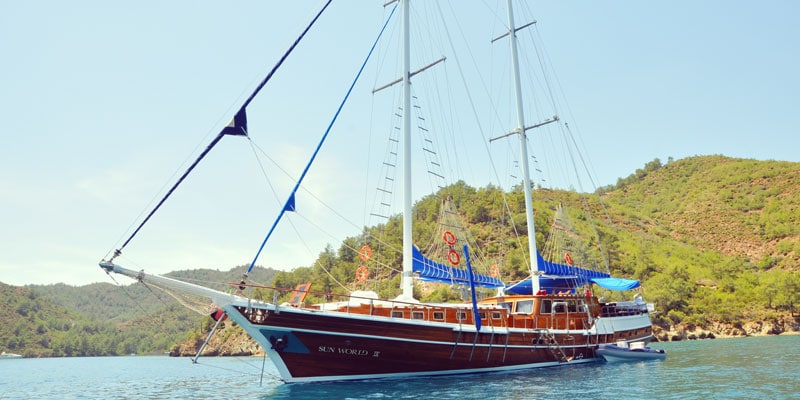 Day one: How the adventure unfolds

For over two millennia sailors have weighed anchor and voyaged forth from Kos harbour so where else would you expect to begin your Aegean cruise. On a practical note: Peter Sommer’s gulet is moored 35 minutes from the island airport, no long boring connections before the adventure begins. 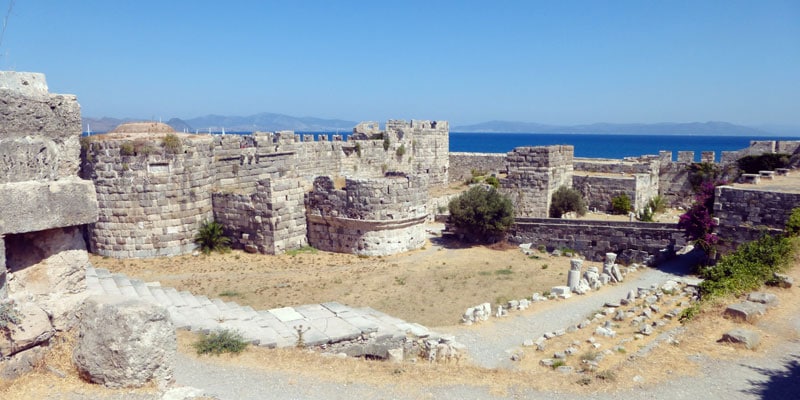 Day two: The inside track on ever intriguing Kos

Ptolemaic Egyptians, Trojan warriors, ancient Greeks and, slightly less ancient, Romans would all testify to Kos’s charms. Since they aren’t around to speak for themselves, their spectacular ruins, monuments and artefacts do the talking for them, on a fascinating island tour today. After a ramble round the past’s, neatly punctuated with a first swim in the gorgeous Aegean, you set sail for Mandraki on the island of Nisyros. 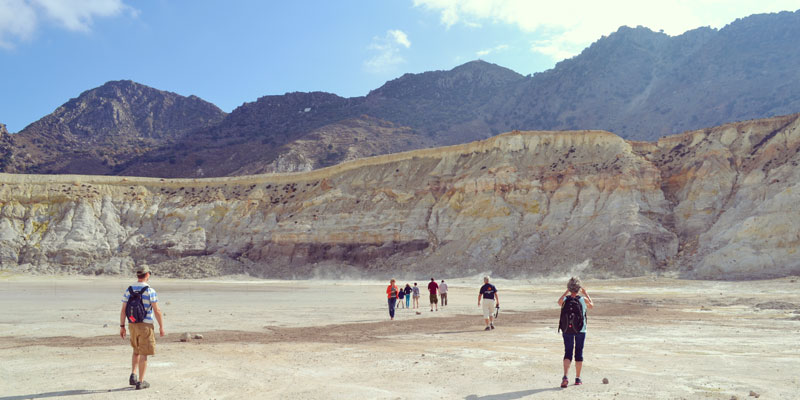 Day three: Blow off some steam on volcanic Nisyros

An entire volcanic island is always going to be a thrill but getting close to the crater, walking across bubbling pools and being steam-startled by lively subterranean activity is a different level of excitement entirely. There’s myth and science in the Nisyros story and plenty of time to think about both over a long lazy lunch and afternoon sail to rugged Kalymnos. 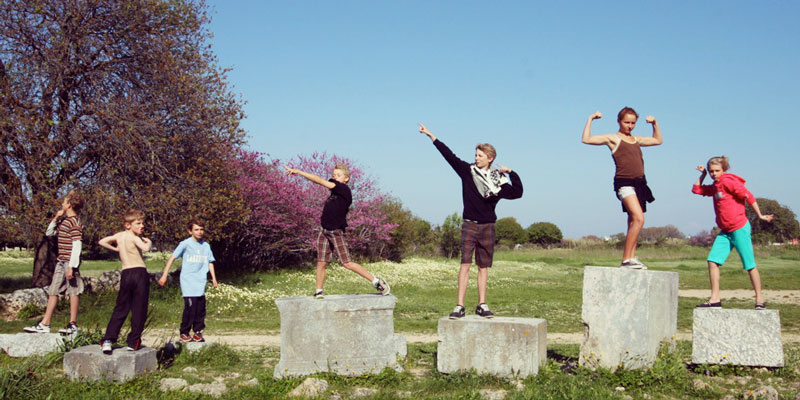 Crossing the bay from Kalymnos, the first sight of Patmos is almost magical enough to persuade kids they don’t need a swim before heading off to explore. But the combination of a secret cove and clear transparent seas usually wins. Then, in the company of your expert guides, it’s off to uncover the mysteries of the Cave of the Apocalypse and marvel at Chora, spilling down from the immense medieval Monastery of Saint John. 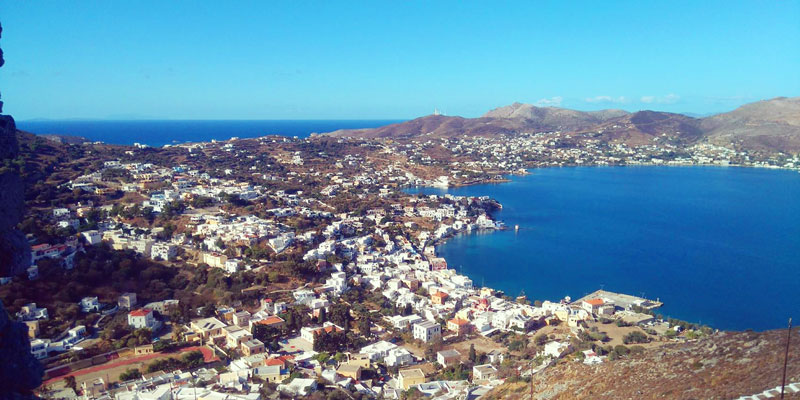 Charming Leros is so little visited it’s almost like the secret Dodecanese. Today’s vivid tour covers the island from its incredible Castle of Panteli to the curious town of Lakki, sweet hidden coves, majestic Agia and tiny marooned churches. And an evening moored off the coast of Kalymnos is ideal family time to pick over the local lore and legend with kids. 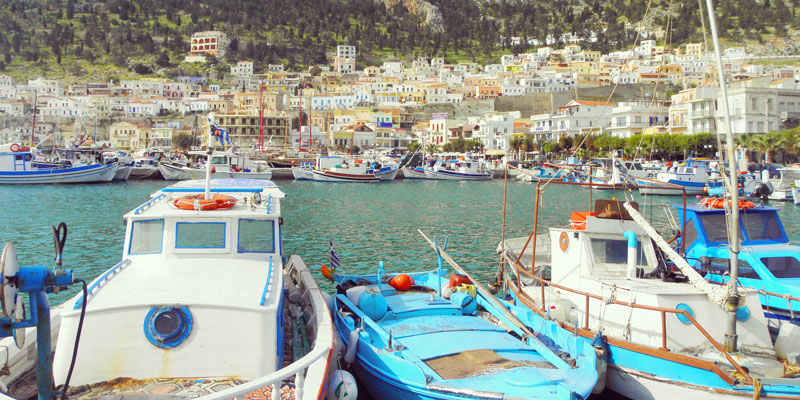 Day six: All about Kalymnos and more

Sneaking a museum into the holiday isn’t too tough if it’s the Kalymnos Archaeology Museum which includes Greek sculpture so monumental even kids are impressed. There’s a visit to one of the Aegean’s last remaining sponge workshops today too. And then it’s off to the tiny island of Pserimos for an evening of eating, drinking and tall-tale telling under a flawless summer night sky. 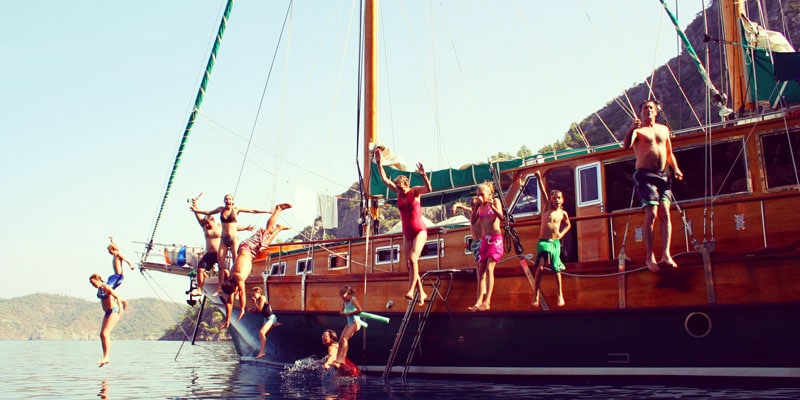 Day seven: Farewell to the Aegean and a last look at Kos

Sailing back to Kos for a final day exploring the island. Time to decide whether Hippocrates was really born here, see how ancient Romans lived in splendour and tour the sacred wonders of Asklepieion. 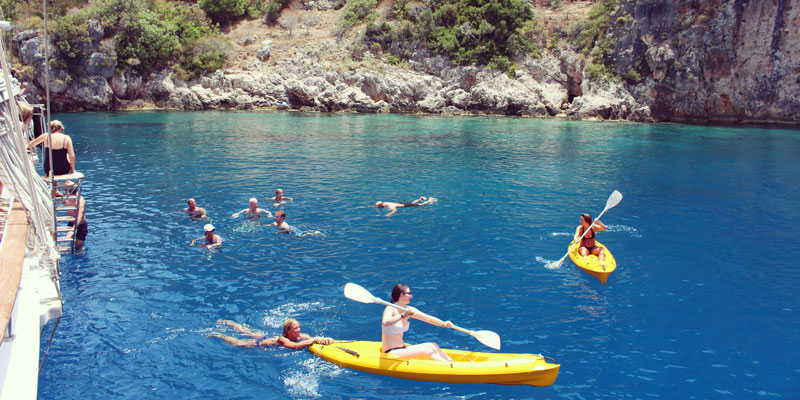 In between entertaining guided tours, sailing, swimming, kayaking, snorkelling, sunbathing and the occasional on-deck snooze (this is quite a high energy cruise) there’s plenty of space to be independent too. So if you want to go off and do your own thing, explore somewhere in more detail or just spend the day lazing around a secluded cove, instead of touring the history, you’re more than welcome to do just that.

Turns out the idea of cultured cruising without constant kid-complaints is very appealing. So appealing, that Peter Sommer have added an extra week into their 2017 family cruise schedule and it’s right at the start of the school summer holidays. Lured by the siren call of eight sunny days and seven star-filled nights on the Aegean? The dates are Saturday 15 July until Saturday 22 July.

15 July to 22 July, eight day Aegean cruise including accommodation, all meals, guided tours, tickets, activities and Kos Airport transfers £2695 per adult and £2550 for children under 12.