Greek island holidays are made for artsy teenagers. But which ones to choose? We asked Visit Greece to tell us the best Greek islands to visit with creative kids. Without missing a beat, the experts came back with the Cyclades islands, and here’s why.

If your artsy teen gets creative on Tik Tok or Instagram, Syros gives plenty of scope for self-expression. Island capitals don’t come much more photogenic than Ermoúpoli with its twin-peaks; sun washed mansion houses and ‘film me please’ harbour. Many stepped Ano Syros (Upper Syros) is best explored on foot – keep phones charged for astonishing Aegean views. When kids want something extra sweet to capture, Syros is also the place for loukoúmi  – a delicious, traditional Greek treat so good you need to snap it quick before it’s eaten. Don’t forget to take some home. And of course you can’t miss the island’s gorgeous beaches. Most unmissable of all is Agathopes, where golden sands come with the added bonus of one of Syros’ prettiest villages, Foinikas – another stop-and-stare walking tour for artsy teens. 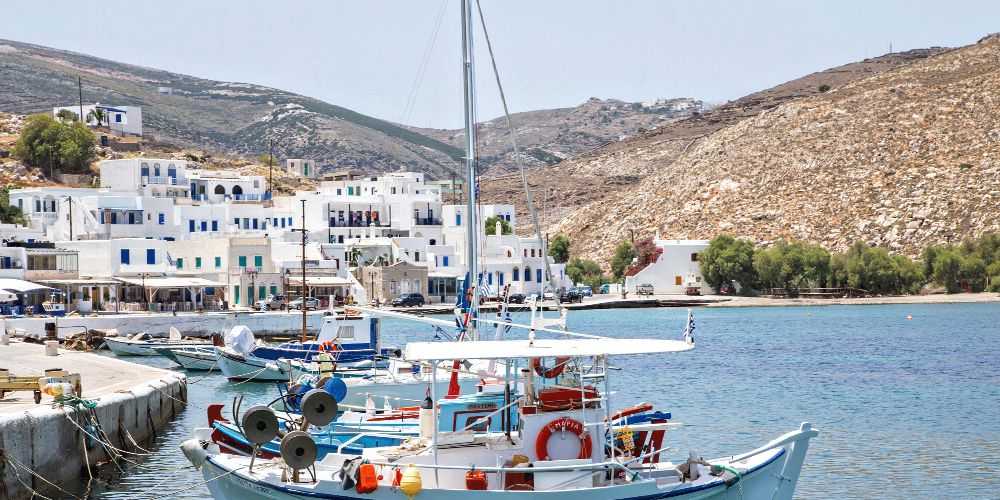 Tinos is one of the lesser known Cyclades islands, although that relative anonymity might come as a surprise considering its worldwide reputation for incredible marble sculpting skills. According to legend, these were originally taught to the islanders by none other than  the Ancient Greek sculptor, Phidias. And there are examples of Tinos’ remarkable artistry all over the island, from incredibly ornate pigeon lofts and sacred chapels to the Museum of Marble Crafts in Pirgos. Walking around one of the 45 traditional island villages is another treat for artsy teens here. And when you all need to assimilate the culture and craftsmanship, head for the beach. Or beaches. Tinos has many, every one is lovely and they’re all washed by the Aegean, of course. So take your pick from glittering pebbles to silvery sand and always make time for Kolympithra, Agios Fokas and Panormos. 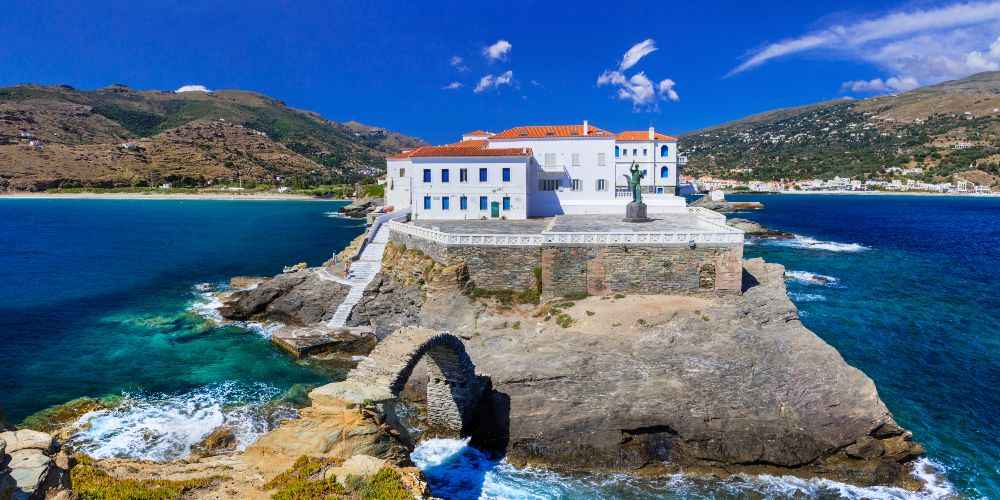 The most northerly of the Cyclades, Andros is known for its dramatic Hora (main town) where grand mansions cluster along a rocky promontory into the Aegean. The island’s also famous for wonderfully well managed walking routes – over 160km of them at the last count. And artsy teens should prepare to book out plenty time to explore the many, many museums and galleries here. Like most Greek islands, Andros looks great on film. The village of Messaria is definitely one to capture – don’t miss the Captain’s House. If you don’t mind a bit of climb, the hilltop castle in Faneromeni is worth a hike for the sensational sea views. And for some art history, the former island capital, Paleopolis, traces its roots back to the Ancient Greek and Roman eras – you’ll find it on the island’s west coast.

What artsy teens will love about Andros Probably the best known Cyclades island, Mykonos is loved for white sand beaches – over 20 ring right round the coast. It’s also pretty good for celebrity spotting – another reason teens love it here. Mykonos Town couldn’t be more captivating; if you want to see classic Cyclades architecture, this is the place. There are even adorable little working windmills on Mykonos – teens will want to film those. And if sunsets are  high on the must-capture list, head for the waterfront district of Alefkántra, grab a seat at one of the cafés and just wait – it’s a magical experience. The museums and galleries of Mykonos could fill an entire holiday by themselves, so you may want to curate a little. Teens interested in traditional clothing and design will like Lena’s House in the heart of Mykonos Town. The Castle House is the island’s excellent folk museum. And for 24-hour art, culture and heritage, just go walking round the atmospheric streets of Mykonos Old Town, day or night.

What artsy teens will love about Mykonos

Every artsy teen is completely different which is why Greek island holidays are made for them? Go to Visit Greece to see more of the Cyclades and countless other artistic, creative and thrilling places to inspire teens and kids of all ages this summer and beyond. 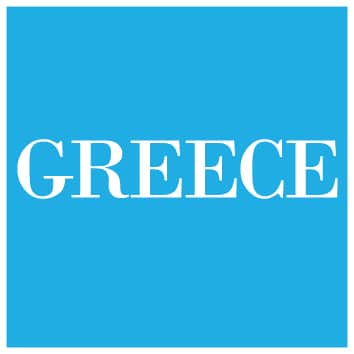