Who better to tell you all about the Labours of Hercules than the Greeks? That’s certainly the thinking behind the new Hercules Park at Thessaloniki. Designed to bring the original superhero’s feats to life for kids through a mix of advanced 3D technology, riveting storytelling and awe-inspiring creativity: it’s the type of astonishing achievement that would have made Hercules himself proud.

Hercules Park is open until 24 February 2019, but if you can’t make it to Thessaloniki in time, don’t worry. The labours of Hercules mostly took place in Greece and in quite a few places you may recognise: mainly because they’re as spectacular as ever and as well known for amazing holidays as heroism these days.

Visit Greece have already applied their classical education to the travel planning, picking out the best places to mix modern adventure and ancient myths. So with all that covered you just have the easy task of choosing the heroic destination for your next family holiday. Follow in the footsteps of Hercules and have a look: 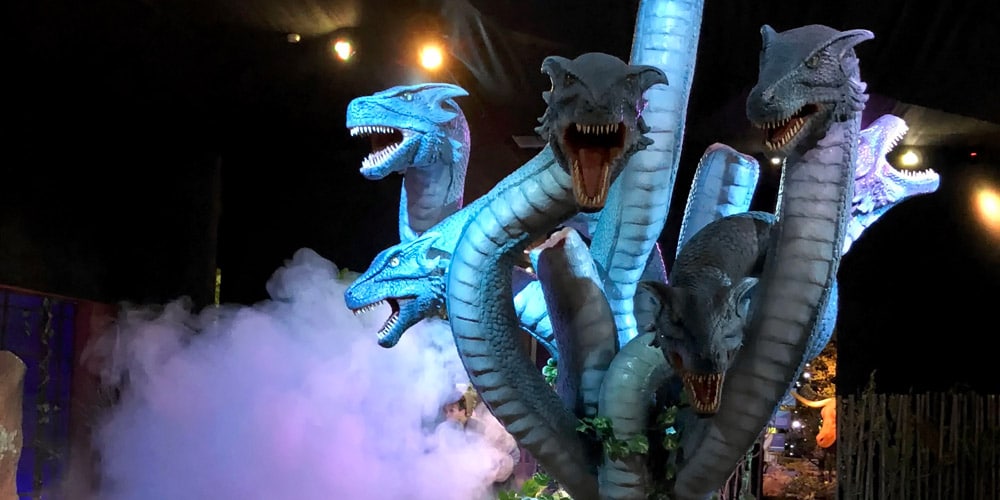 Crete – site of the 7th Labour of Hercules, capturing The Cretan Bull

Crete is the largest of the Greek islands, the most southerly and known for long summers and upwards of 300 days of sunshine a year. It’s also the island with over 1000km of coast, several of Europe’s loveliest beaches and a fascinating history woven with traces of Minoan, Byzantine, Ottoman, Egyptian and Venetian culture.

According to legend, Zeus was born on Crete. And it’s here you’ll find the mighty palace at Knossos where it’s said King Minos had Daedalus design a labyrinth for the Minotaur: half-man half-bull, and reputedly the son of King Minos’ wife and none other than the Cretan Bull, captured by Hercules as the seventh of his labours. 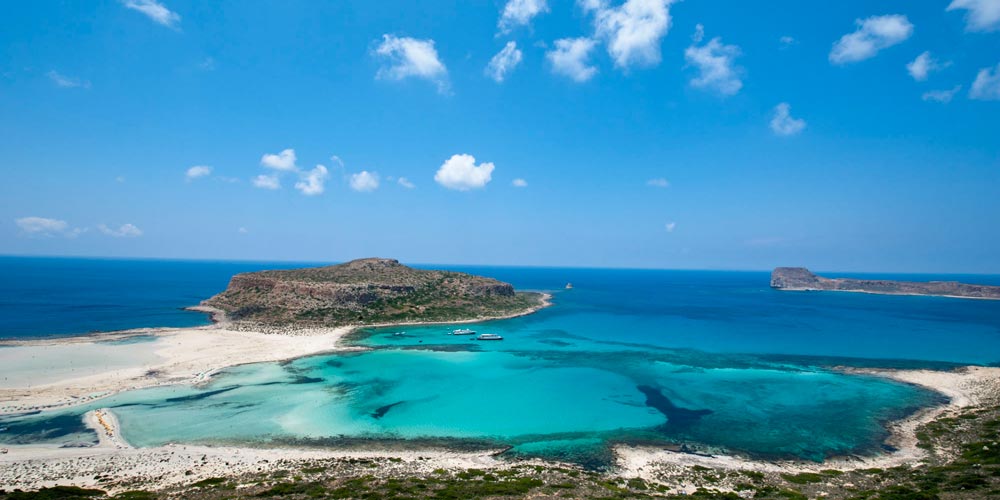 The lovely city of Chania has always been desirable. Luckily a history of almost perpetual invasion left behind a legacy of wonders like the 14th century Venetian Harbour and amazingly eclectic Old Town. Even the ancient lighthouse here comes with a hint of Italian and Egyptian in the mix. This is definitely one place to explore on foot: kids won’t mind because there’s so much to see. And an almost endless supply of cafés and quaint taverna makes it easy to stay motivated.

Find out more about family holidays in Chania with Visit Greece 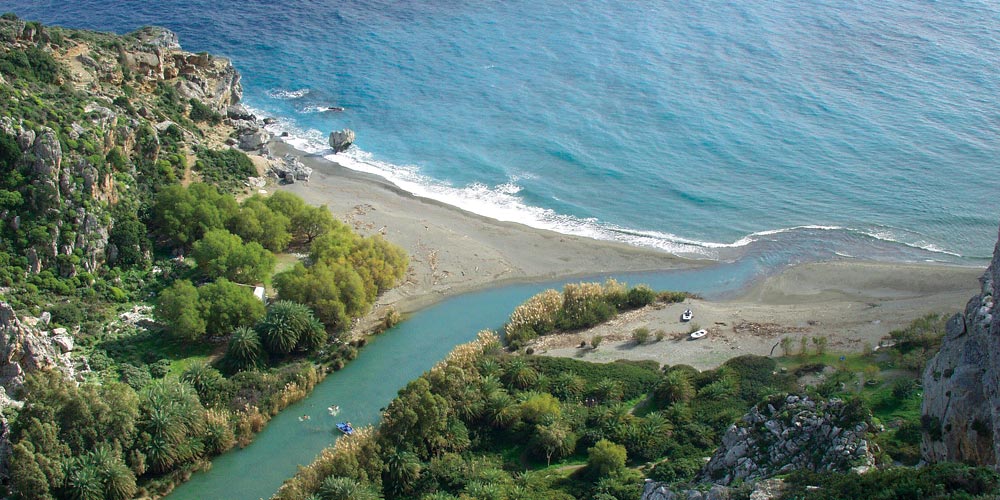 Tucked between Chania and Heraklion on the north coast of Crete, Rethymno is often called the island’s prettiest city. A description that might owe quite a bit to its almost perfectly preserved medieval Old Town, which is close to heaven if you hanker after little cobbled streets and pastel paint colours. Kids will love exploring the historic district almost as much as they’ll adore 13km long Rethymno Beach.

Find out more about family holidays in Rethymno with Visit Greece 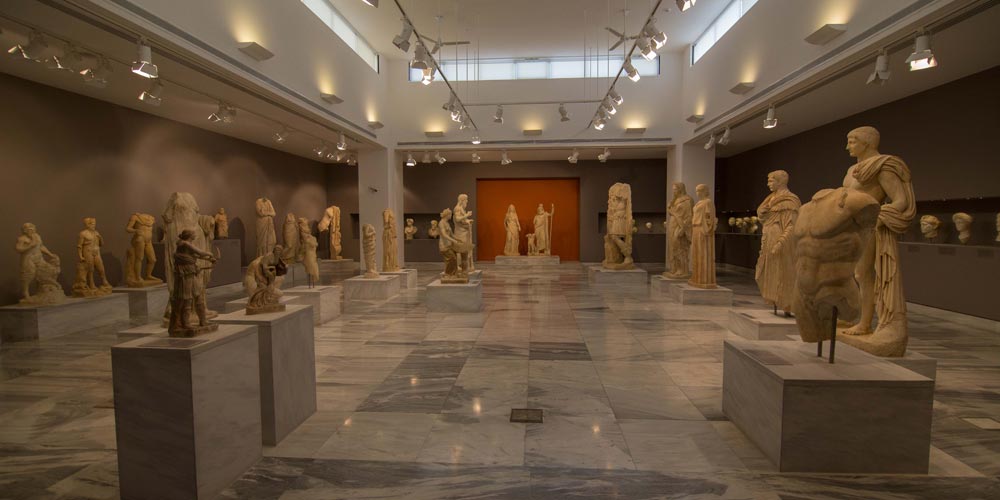 Heraklion is a great city, you only need to look at the remains of its mighty fortified walls to know that. It’s the largest in Crete and has been pretty much the island’s de facto capital for the past millennium. It’s another city with a fascinating blend of cultural influences, a charming old town and lots of history. But it’s also a major European holiday destination and for families that means waterparks, theme parks, big sporty beaches, activities and plenty of fun mixed in with the grand museums and ancient monuments.

Find out more about family holidays in Heraklion with Visit Greece 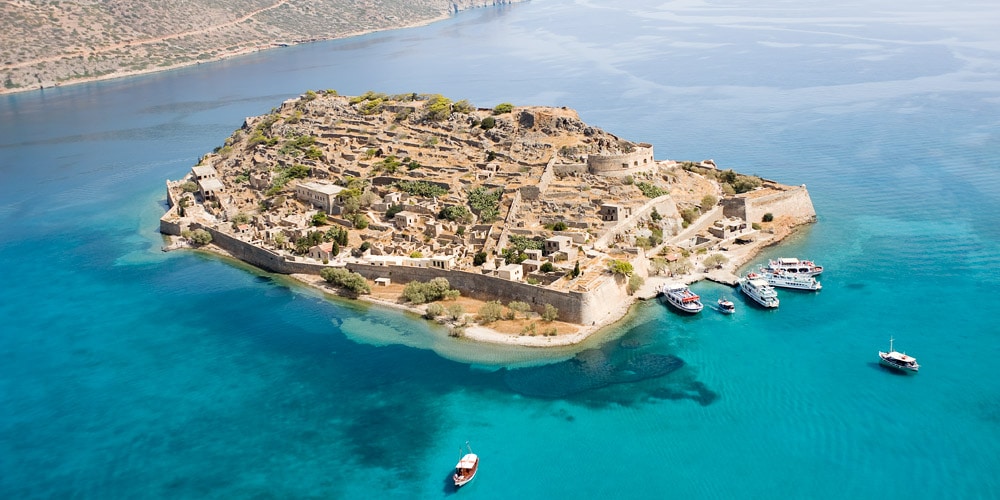 The eastern Crete region of Lasithi has the sunniest and driest weather and a reputation for quietly elegant resorts, unspoiled harbour towns, historic cities and intriguing islands. It’s a wonderful area for peaceful beaches and wild countryside, and if you like discovering cute mountain villages, Lasithi is definitely the place for that too.

Find out more about family holidays in Lasithi with Visit Greece 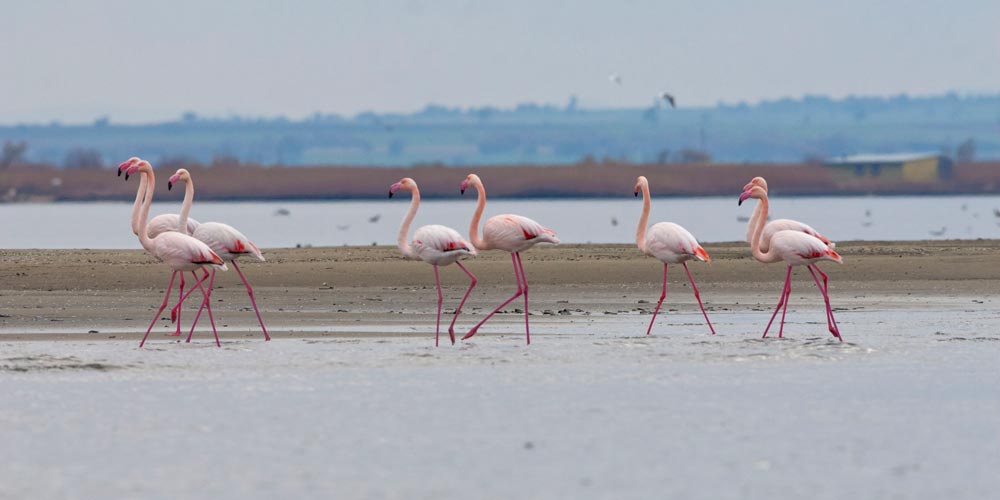 Thrace is steeped in Ancient Greek myth and legend. It’s said Orpheus was born here and that Hercules captured The Mares of Diomedes just outside the city of Xanthi: successfully completing the eighth of his labours. And today the gloriously unspoiled landscape, huge flocks of birds, mysterious wetlands, vast forests and lakes, soaring mountains and untamed rivers feel as mythical and thrilling to kids as ever. 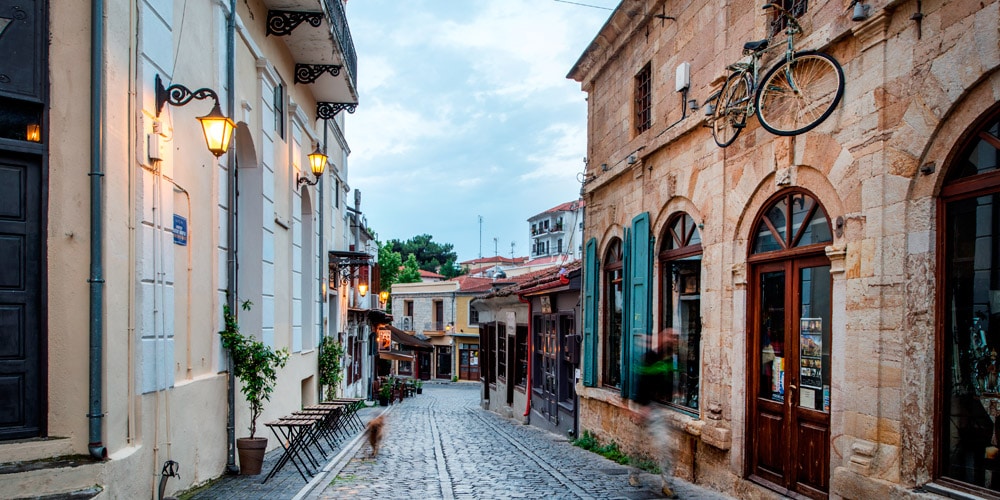 Xanthi – site of the 8th Labour of Hercules, capturing The Mares of Diomedes

The graceful city of Xanthi is completely free of warlike tribes these days. But it does like a good wild Carnival celebration for Mardi Gras. And bold kids are always welcome to burn off energy with anything from river kayaking and canoeing to horse riding, mountain biking and even archery. The gorgeous old town is said to be one of the loveliest in Greece and there’s plenty of intrigue to match the prettiness, which makes it fun for everyone to explore.

Find out more about family holidays in Xanthi with Visit Greece

The beautiful region of Rodopi is known for its wonderfully warm hospitality: there are even welcoming mountain huts dotted all over the dramatic Rodopi Mountains. Although, like almost everywhere in Greece, there’s heaps of history mixed in with the gorgeous scenery; towns overflow with interesting architecture and archaeological finds a-plenty mean even the tiniest of them can justify a well-stocked museum – or two.

Find out more about family holidays in Rodopi with Visit Greece

Alexandroupolis is the capital city of the Evros region and famous for its grand French-built lighthouse, views over the Aegean and interesting local museums. The rest of the region is just as intriguing with its mix of thermal spas, thrilling outdoor adventures, big sandy beaches, a fair share of ancient history, and even a fossilised forest.

Find out more about family holidays in Evros with Visit Greece 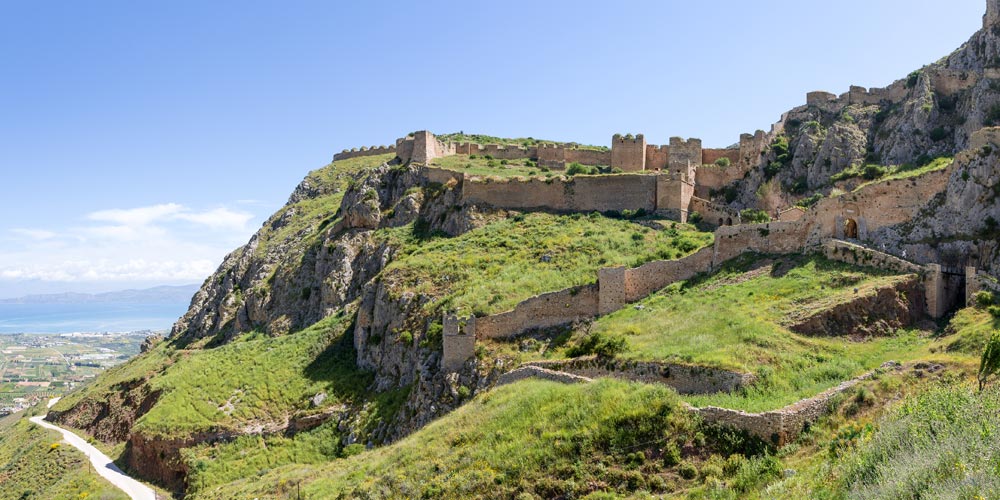 It was Zeus’s vengeful wife Hera who came up with the idea of testing Hercules. But it was her son King Eurystheus of Mycenae who actually dreamed up every one of the diabolical tasks. And the Mycenaean Kingdom he ruled is now known as the Peloponnese. Hercules hauled all the fruits of his labours back here, from the captured Ceryneian Hynd to the apples from the Garden of Hesperides, back here for King Eurystheus. So although only a few heroic feats technically took place on this glorious, leaf-shaped peninsula it really is the heartland of the heroism.

Thanks to its wealth of olives and grapes – and wine too, naturally – Corinthia was for a long time one of the most important regions in Greece. The local wine is still wonderful, the vineyards lovely and there’s no mistaking the historic grandeur in the city of Corinth. But these days, kids will be just as taken with adventures in the Corinthian Alps, water sport packed beaches on the Gulf of Corinth or scoping out the wildlife around Lake Stymphalia – the very same lake where Hercules caught and killed the Stymphalian Birds: labour number six.

Find out more about family holidays in Corinth with Visit Greece 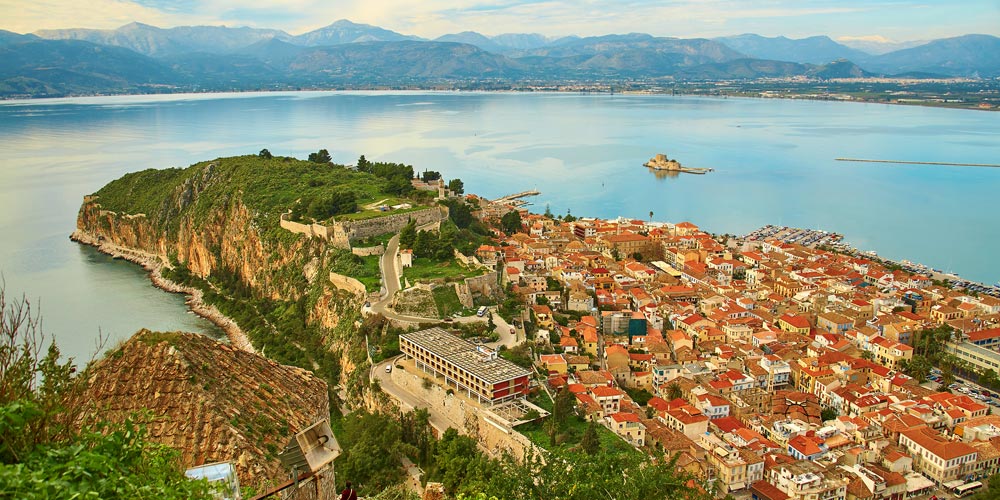 The Argolida region was the powerhouse of the Mycenaean kingdom which flourished from 1600BC to 1000BC. And at its heart was magnificent Argolida, considered to be one of the most ancient cities in Greece. A few of the names may have changed over the centuries, but Argolida is as impressive as ever and kids will have no trouble envisioning its mythical past.

Find out more about family holidays in Argolida with Visit Greece 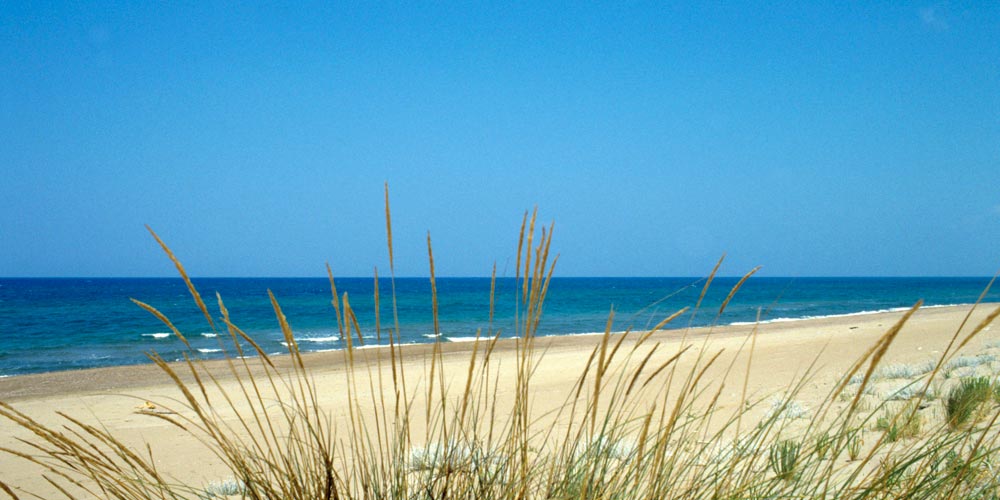 There are almost as many myths about the origins of the Ancient Olympic Games as gods and goddesses in Greek mythology. Some sources cite Hercules as their founder, others are more inclined to go with lesser known hero, Pelops. What no one disputes is where the games were first held, because it’s tricky to argue when Ancient Olympia is still where it’s always been, in beautiful Ilia in the western Peloponnese.

Find out more about family holidays in Ilia with Visit Greece 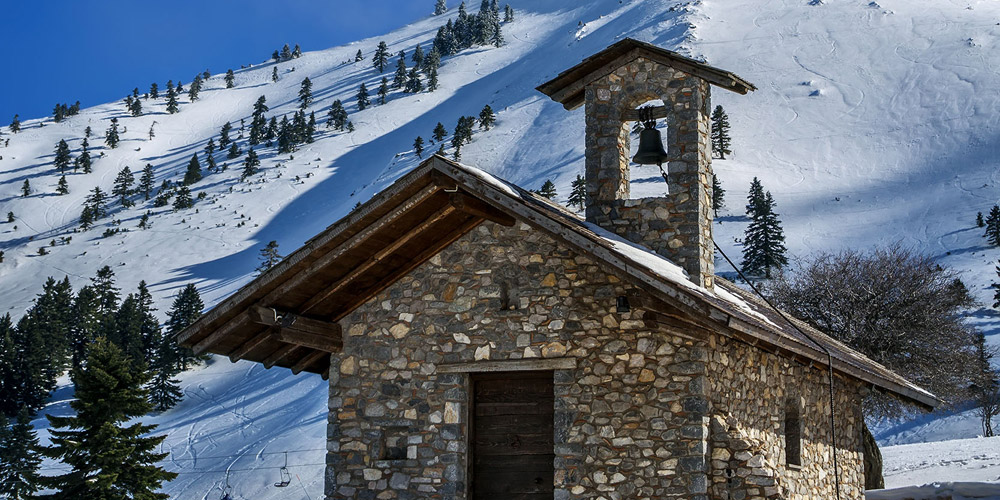 A mix of coast, countryside, mountains and fun towns and cities makes Achaia in the far north of the Peloponnese an idyllic all-rounder for family holidays. You can even take one of Europe’s most scenic rail journeys in this enchanting region, and head from the beach up into the hills in just over an hour – crossing an amazing 49 historic bridges on route.

Find out more about family holidays in Achaia with Visit Greece

Check out the 12 labours of Hercules at Hercules Park, then head to Visit Greece and discover how easy it is to plan a heroic family holiday in the original land of myth and legend.

The winners of the Family Traveller Awards 2018WIN a villa holiday for four in Akyaka, South West Turkey