12 National Parks Not to Miss With Free Admission "National parks are the best idea we ever had." —Wallace Stegner, 1983

America, the beautiful, is best viewed through its remarkable national parks. From the Grand Canyon to the Redwood Forest to Mount Rushmore to the Everglades, America’s splendor is evident when touring these protected and unique lands. It's easy to forget just how expansive and diverse the United States is. If sightseeing in America's caverns, mountains, rivers or geysers isn't already on your family bucket list, consider adding it: Visiting a national park is a rite of passage for American kids. A trip to a national park provides an ideal family vacation, as all ages can get outside to soak up America's nature, wildlife and scenery.

This year, save the date for September 22, 2018 and celebrate National Public Lands Day. This annual celebration (on the fourth Saturday of every September) includes an opportunity to volunteer to clean up and restore our public lands and waters and free admission to many federal, state, county and city owned lands and parks. This includes the national parks, as well as refuges, conservation lands, lakes and forests. You can find your nearest national park with the National Park Service's tool.

In honor of National Public Lands Day, we've rounded up our top family travel guides to help you navigate the National Park Service's most popular destinations — everything from where to go, what to do and how to get around at some of America's most spectacular natural wonders:

Acadia National Park is the only national park in New England and one of the few encompassing a coastal area. From rugged seaside cliffs and sandy beaches to inland lakes and rocky mountains, Acadia’s 35,000 acres of wilderness have something for everyone.

Discover more than 2,000 arches in this national park. There are arches that act as massive gateways spanning over 300 feet from one side to the other, arches that reach over 100 feet above the ground, and arches that are forming from the smallest of cracks. The entire park looks like magic!

An other-worldly landscape made up of mysterious rock pillar hoodoos. Bryce Canyon National Park in southern Utah contains the largest expanse of these geological formations in the world. Glacier National Park is an outdoor-lover’s adventure land, with towering peaks, cascading waterfalls, more than 650 lakes, and 700 miles of hiking trails. Located in northern Montana, it is home to an incredible array of wildlife.

Anywhere with the name “grand” in it should be a dead giveaway that it’s totally amazing – the Tetons are no exception. These mountains rise 7,000 feet above Snake River, flowing along the Jackson Hole valley floor.

The Great Sand Dunes National Park & Preserve in Colorado is home to the largest sand dunes in North America. Don’t be fooled – it's way more than just huge sandy hills!

Mesa Verde National Park was established in 1906 with the mission of preserving the delicate works and relics of the Ancestral Puebloan peoples. It is home to the most extensive and well-preserved concentration of prehistoric cliff dwellings in the United States. Mountains are spectacular and stunning and Rocky Mountain National Park offers a beautiful and safe way to introduce family members of all ages to this incredible landscape.

Yellowstone was the first national park, not just in the U.S., but in the world. Much to the amazement of kids and adults, much of Yellowstone sits on an active volcano. That geothermal activity is what gives Yellowstone it’s amazing geysers, colorful pools, and steaming vents. Yosemite boasts the largest waterfall in North America and the most popular natural rock climbing surface, El Capitan. With the National Park System’s Junior Ranger Program, there is always something for both grown ups and kids to learn and enjoy.

Red rocks, slot canyons and wading in the Virgin River all make Utah’s Zion National Park one of the most popular in the United States. Sometimes described as a “red rock Yosemite Valley,” Zion National Park has plenty of cascading waterfalls and hanging gardens that cling to the walls.

For more resources and inspiration for your next visit to a national park, check out our destination guides. 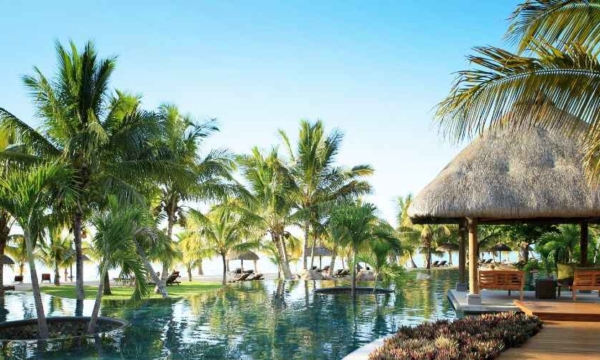 Mauritius family vacations are back at new LUX* Grand Baie 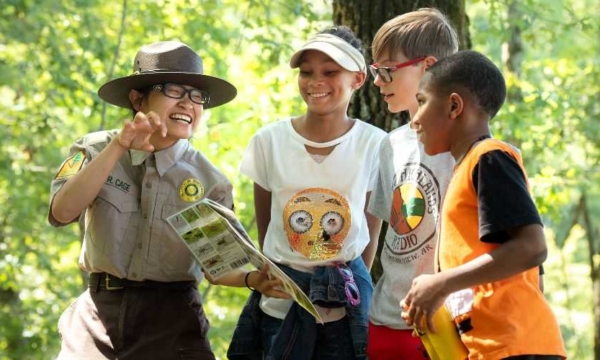 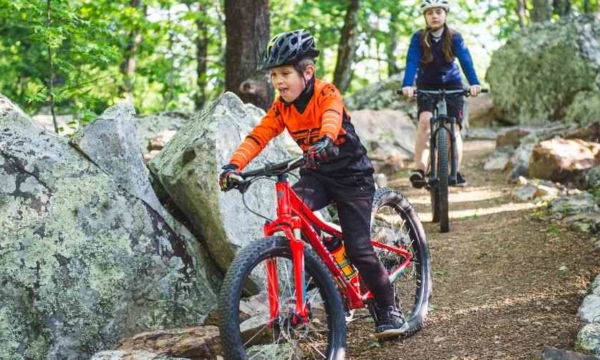 14th Sep 2021
Love to travel with your family?
Get inspiration, tips and holiday competitions straight to your inbox!