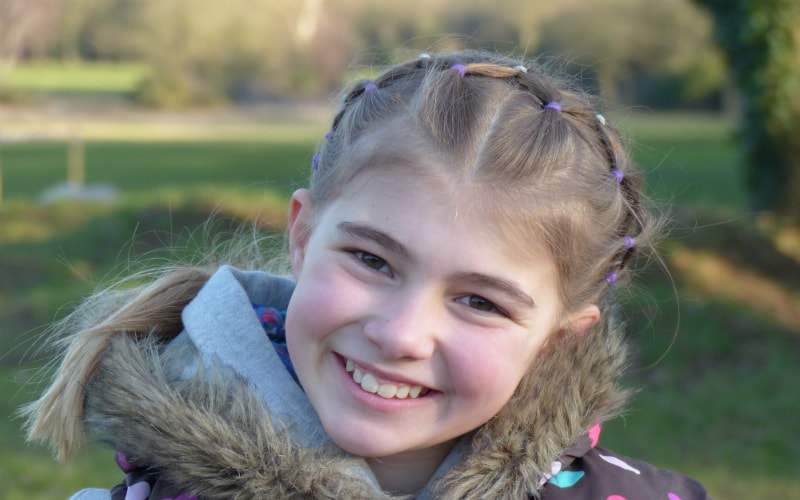 The alarm rang and mummy got up to switch it off, all I did was a large yawn. It was early in the morning when suddenly I remembered today we would be searching for a tiger! Out of bed I climbed and hurriedly got dressed, had breakfast and then it was time to set off.

Driving along the dusty track towards the park without a care in the world. At last we reached the park and paid to get in. We hired a guide and entered the park. The truck fell silent and all I could hear was my heart going ‘thump, thump, thump’, jumping up and down in my mouth, what if we saw nothing? A bush rustled and out popped a samba deer, the tigers’ favourite food. Not long after we saw a footprint in the sand.

Not a hoof print but a paw print. The paw print of the Bengal tiger! In the Ranthambore National Park there are around 60 tigers and only an eighth of it is open to visitors, so the chances of seeing a tiger are really slim. For the next hour or so we saw birds, monkeys, such macaques, Indian jackals, some more samba deer, spotted deer, Indian gazelle and some blue deer known as the nilgai deer.

After another hour or so we drove into a little hut to stop for a snack and a drink and perhaps a toilet stop too. By the hut there was a stream and in that stream I saw a frog, a few turtles and two water snakes slipping through the water silently without a ripple. After roughly 10 minutes it was time to start our safari once again. The engine roared and we were off again. All of a sudden the truck stopped, ‘oh, oh, oh’ was the sound we heard, a samba deer making a warning call, a tiger or an Indian leopard must be close by. We listened for any further sounds but none followed, the predator had gone away but we hadn’t seen it! Our guide told us that the predator was an Indian leopard out hunting and the samba deer had smelt it on the wind.

Time was running out, we only had an hour left and once again my heart jumped in my mouth. No tiger, I could not believe it, at least we had an afternoon safari, another chance. Time was too quick; we drove back towards the entrance. Tears welled up in my eyes and blurred my vision. Tigers where one of my favourite big cats and we had not seen it. Suddenly the truck swerved violently and across the valley stood the Bengal tiger. I had seen it at last. It moved slowly, showing off its strong muscles. The tears ran down my face with pleasure, I smiled, I had seen my dream at last. The Bengal tiger had finally shown itself. It turned away and walked slowly up the valley edge, out of sight.