With two hard-to-please teens and their complicated holiday requirements, plus the chilling effects of global travel on the planet, Mariella Frostrup considers narrowing her horizons 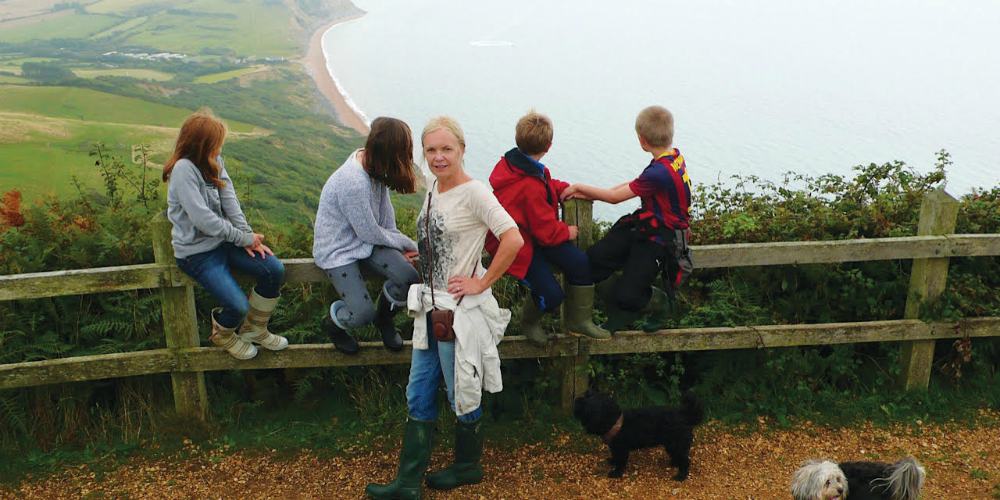 Mariella and family enjoy a planet-friendly hike in Dorset

Since I started writing this column, which feels like only nanoseconds ago, my two sandcastle-building, water-wing-wearing toddlers have morphed into recalcitrant teenagers with an opinion about everything, that’s generally the opposite of mine. As a result, holidays with our kids – once enthusiastically anticipated for treasured quality time – are now a conflict-resolution scenario that makes the UN’s look spectacularly small scale.

Finding a holiday that provides amusement and relaxation for all parties, along with the insatiable nightlife 15-year-olds aspire to, on dates that don’t clash with Esme’s birthday or Arthur’s Halloween Party or Nancy’s New Year do, in a spot where fellow school friends will also be vacationing, where venues will embrace them, and early-hours returns are safe and don’t require transport, has certainly got me flummoxed.

Paxos, the island off Corfu where so many of our early-years adventures took place, is one of the few locations that remains uncontroversial. That’s not to say things haven’t changed. The small village of Loggos, with its tinkling boat masts and three tiny streets, once represented Nirvana for our seven- and eight-year-old kids, affording them the independence to go souvenir hunting while we finished our wine.

These days it’s the capital Gaios or bust. Hardly a hotbed of decadence and danger, the draw of the tiny town’s one disco and three bars favoured by ‘curtains’-sporting teens has made a villa rental in that vicinity my children’s goal and got the Scott Williams crew scratching their heads to fit my criteria. According to our gruesome twosome, timing is crucial – late July to early August, plus they need to be allowed to stay up for the disco that opens at 2am, by which time my husband and I have usually been asleep for at least a couple of hours. So, even on an island we know, love and return to almost every summer, the stakes are high for whole-family happiness. 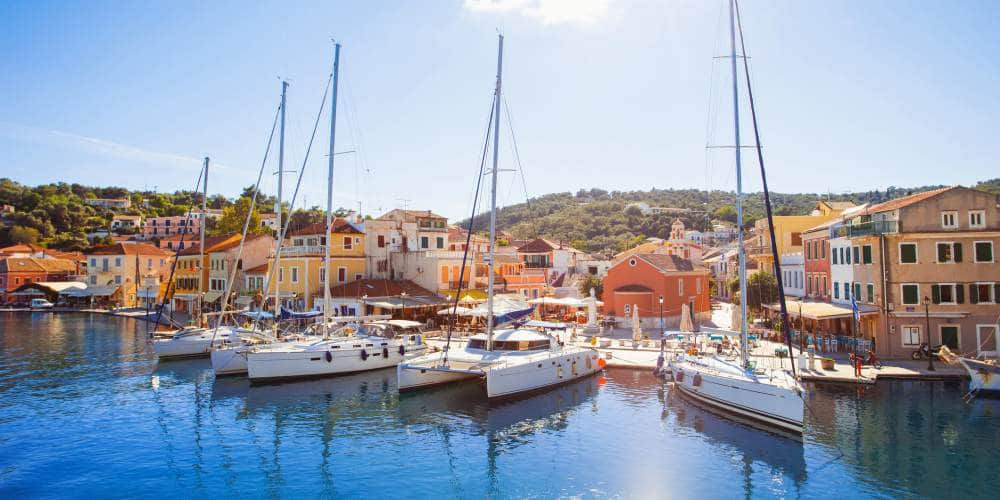 As we learn increasingly chilling news about global warming and the compromises required to step outside our county, let alone our country’s border becoming harder to negotiate, I’m on the verge of calling it quits. My daughter, Molly, returned from four days in Cornwall at a friend’s declaring it ‘the best holiday ever’. Bear in mind, in my capacity as a travel journalist she’s seen more exotic places than I even knew existed at her age. Meanwhile, when I asked my son if he’d like to visit Colombia for New Year, he grimaced and asked if I’d forgotten his friend Yorkie was having a sleepover on the 30th.

I’d love to claim my kids are juvenile eco-warriors dedicated to halting their parents unsustainable wanderlust, but the truth is they’d just rather stay at home with their friends.

So, until we come up with technology capable of transforming global travel into a less planet-deteriorating activity, I’m clipping my own wings, reducing my horizons and heading for the many places in the UK I’ve yet to explore. Hadrian’s Wall and South Uist, the Orkney islands and the Essex Marshes. I’ll drag my grumbling twosome up Scafell Pike, across the Yorkshire Dales and swimming in Scarborough.

Two-day breaks squeezed between their parties are my new mission, but what I lose in tropical adventures, I’ll make them pay for in footfall. By the time they hit 20, hopefully there will be a glider that can float us to South America so I can take up that invitation to Cartagena, though, now that I come to think of it, why don’t I just go alone?

Mariella presents Open Book on BBC Radio 4 and Books to Live By… podcasts. Wild Women and their Amazing Adventures over Land, Sea & Air, edited by Mariella and published by Head of Zeus, is out now.

Mariella Frostrup: Is it time to travel more responsibly?