Dr Ranj: Which Travel Vaccines to get and Why

If you’re going abroad this year, as well as checking the exchange rate, have a look at whether you and the family need any vaccinations. Different parts of the world are affected by different disease, and some can be serious. Vaccination is a very effective way of staying well while away. 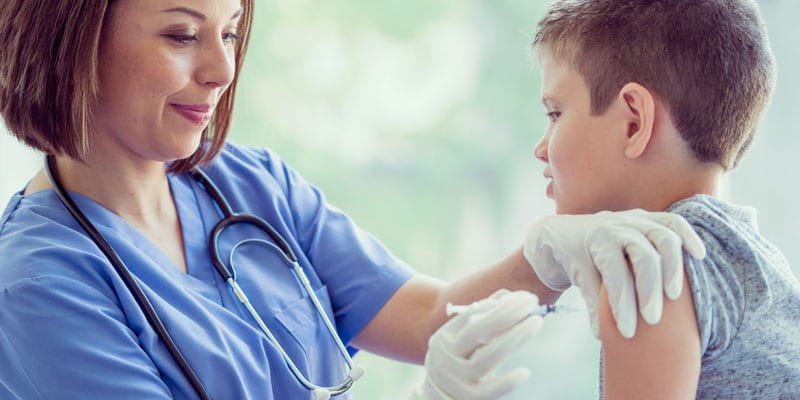 Typhoid fever is caused by a bacterial infection (Salmonella typhi) spread through contaminated water and food. It’s particularly prevalent in areas where sanitation and food hygiene are poor. At risk countries include Africa, South/South East Asia, India and Central/South America. The vaccination comes as an injection or in capsule form, and you will usually need a booster after a few years.

Meningitis is a serious bacterial infection of the lining of the brain and spinal cord (the meninges). The condition does not always give you the characteristic rash that doesn’t fade when you press it, as it depends on where the bacteria infect the body (only the blood infection gives you a rash). If not treated quickly, it rapidly leads to death. Prevention is important. There are many different strains of meningitis. High-risk areas include Africa and the Middle East, especially in people on the Hajj pilgrimage, due to the crowds. The vaccination protects again strains A, C, W and Y. The routine UK childhood vaccination protects against types B and C.

Cholera is a potentially serious bacterial infection associated with poor hygiene. It’s most prevalent in areas of Africa, South/South East Asia, the Middle East, Central America and the Caribbean. Treatment involves oral rehydration solution to prevent dehydration, and antibiotics if symptoms are severe. The vaccine can be given as a drink, which is taken in 2-3 doses.

Yellow fever is a viral infection transmitted by certain types of mosquito. It’s particularly common in sub-Saharan Africa, South America and parts of the Caribbean. The illness starts with typical viral symptoms (fever, aches and pains), but can progress to organ failure and serious haemorrhage. There is no specific treatment for yellow fever, and management mainly involves dealing with the symptoms. However, vaccination can significantly reduce your chances of getting it and is around 95% effective, and gives lifelong protection.

Hepatitis is a liver infection caused by a range of viruses (anything from hep A to hep E). The most important types for travellers are hep A and B. Hep A is usually caught through contaminated food and drink, and is prevalent in areas like India, Central/South America, the Far East, Africa and Eastern Europe. The vaccine is an injection, and if you have the booster within a year, you’re protected for 20 years. Hep B is blood-borne and usually spread through contact with an infected person’s bodily fluids. It’s especially important for those undertaking high-risk activities or working in healthcare. Though most clear the virus themselves, it can lead to liver infection that puts you at risk of cirrhosis and cancer. The vaccine is a series of injections.

Rabies is a condition that primarily affects animals, but a bite from an infected animal can spread it to humans. It’s a viral illness that targets the brain and nervous system, resulting in unusual behaviour and ultimately progressing to paralysis and death. The vaccine is a series of injections, which can cover you for up to 10 years.

To find out which vaccines you might need when travelling, visit either NHS Fit for Travel, Travel Health Pro , or the official tourist website for your destination country. Most of the important vaccines are available free on the NHS, otherwise you will have to pay to have them privately at a travel health clinic. Also, they don’t replace the routine vaccines offered on the regular schedule.