Best places to learn to ski and snowboard in the UK 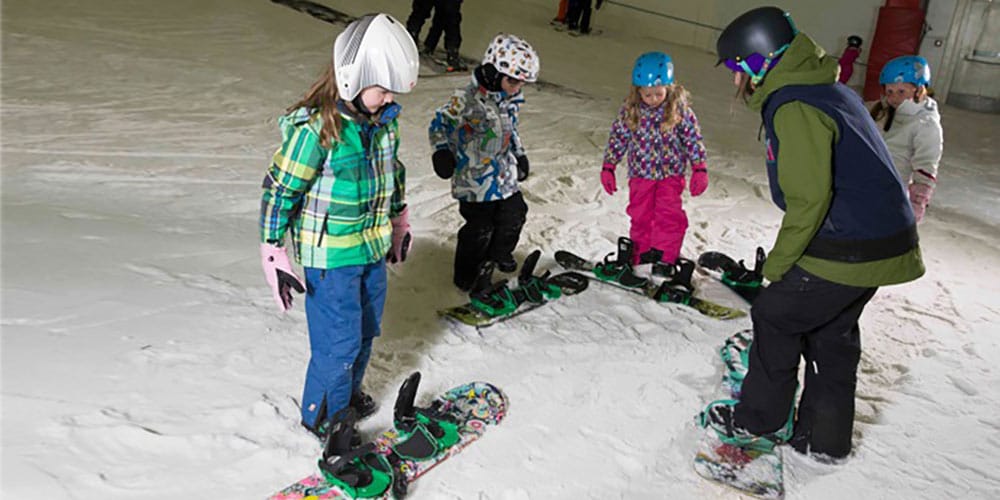 Snow Factor has the longest real indoor slope in the UK, and prides itself on being Scotland’s only year-round snowsport resort. There are two slopes – a dedicated instruction slope and a main 168m run with four lifts. Two-hour discover skiing and boarding sessions are offered for kids aged seven-plus, but the centre will start children aged three-plus with a private lesson. Snowboarding is allowed from the age of five upwards. Off the slopes there’s ice-climbing, an
ice slide, sledging, pop-up festive grotto and a Bavarian-themed restaurant and bar, as well as an ice bar and ‘bier halle’. Snow Factor offers disabled skiing along with freestyle and race coaching – don’t be surprised if you spot a few GB and World Cup stars training on the slope here.

Slopes open from 9am-10pm. From £25 for a one-hour ski lesson for children aged three-plus. s

Find out more about Snow Factor 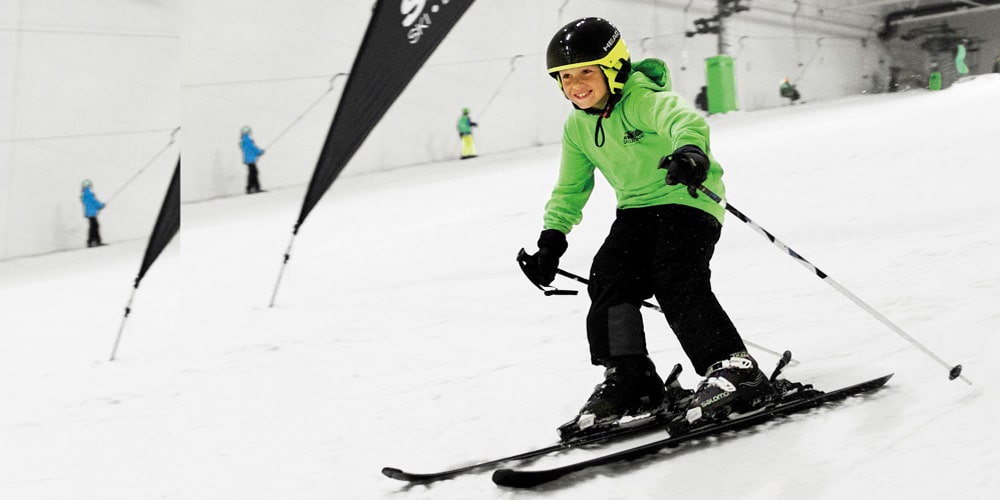 A range of lessons is on offer here, from one-to-ones for kids aged three to five, for an hour (£67), to beginner ski/board and freestyle lessons. Snowboarding lessons are available for children aged seven upwards. One-to-one adaptive ski and snowboard lessons are available for anyone with sensory, cognitive or physical impairment. One of Snozone’s most popular lessons are private family sessions, where everyone learns together.

Opening times vary. From £67 for an hour-long weekday infant private lesson – but seasonal offers apply, so check the website for updates.

Find out more about Snozone 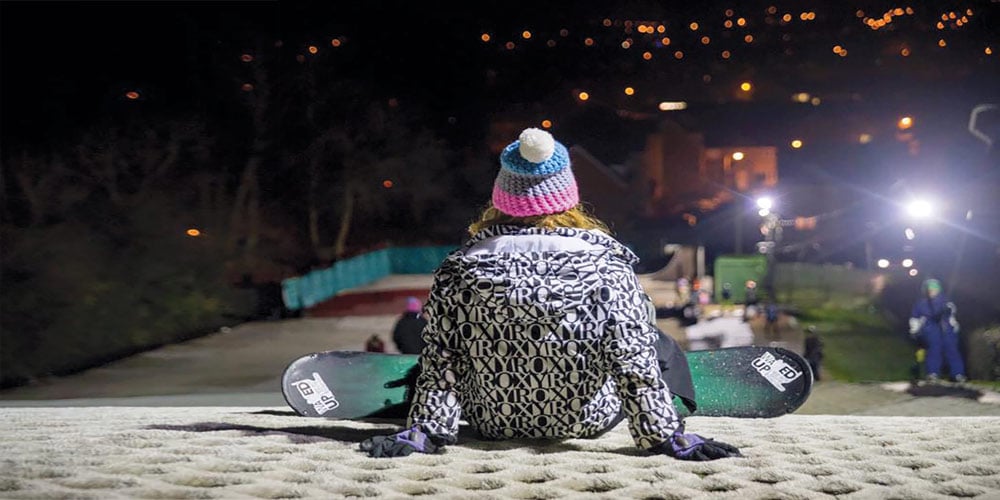 Ten minutes from Cardiff city centre, this popular dry ski slope was one of the UK’s first, back in 1969. While the 110x40m main run has been modernised since, it still, as ever, relies strongly on volunteers.

Aside from skiing and boarding, there is tubing (great for parties – no experience required) and freestyle features including the only full stair set in the UK, an 8m rail, a box, and more – plus elements for novices. There’s a popular ski school for kids aged seven to 16, plus a Mini Snow Bears club for three- to six-year-olds.

Slopes open at varying times. From £20 for a group session for adults, kids £12, or £35 per person for private. 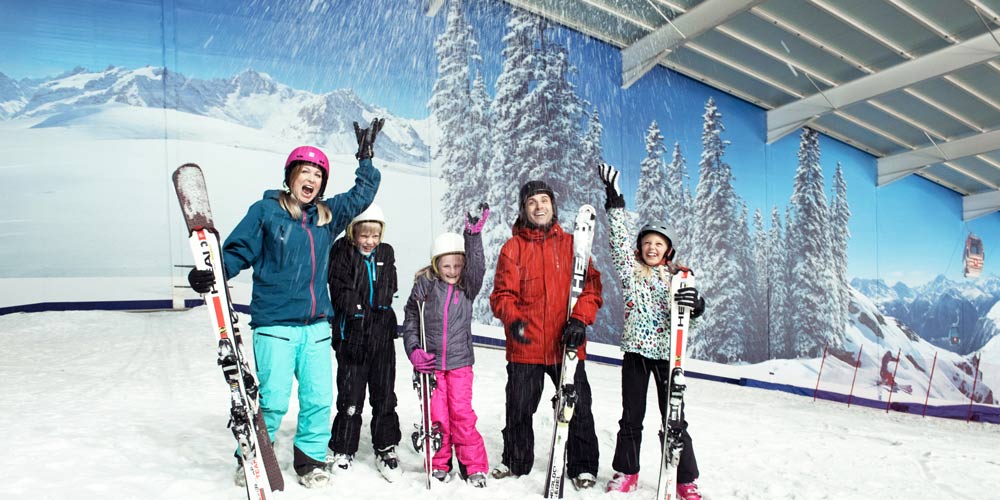 The closest real-snow slope to London, The Snow Centre has a 160x30m main run with two button lifts to ease congestion, and a beginner ‘trainer’ slope with a magic-carpet lift. There’s also an Alpine-themed restaurant with big windows onto the slopes so parents can watch kids’ progress.

On Thursday and Friday evenings throughout the winter, progression, beginner and intermediate freestyle parks are carved into the slope. There’s also sledging and ringo sliding plus a snow garden for very young children to take their first steps on snow. All equipment hire is included in the price |of lessons, but you need to take socks and gloves. 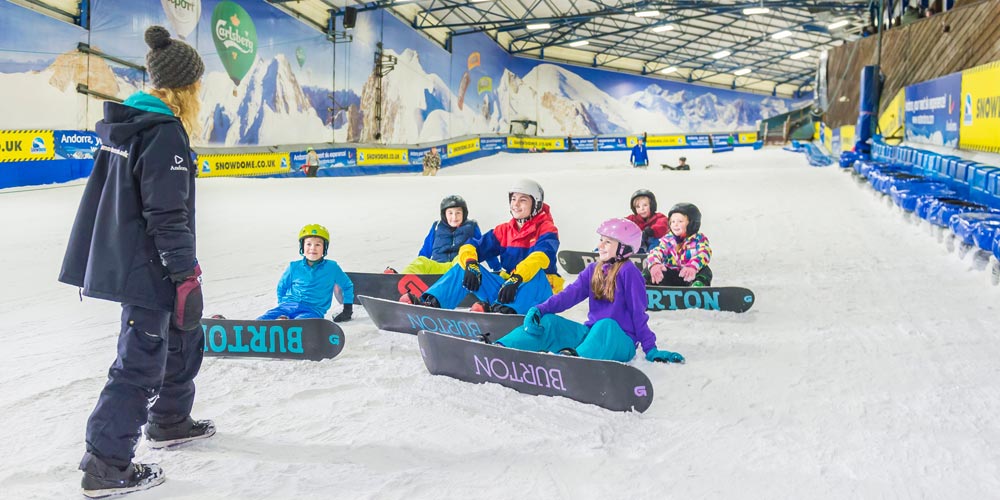 This was the first full-sized real snow slope in the UK when it opened in 1994, with a 170x30m main run, equivalent to a blue in-resort. Plus, there are two training ‘Snow Academy’ areas of 30m and 25m.

The ski school teaches skiing for kids aged four to seven in kinder lessons, juniors from 8-18, and there are fast-track three-hour sessions, group courses and private lessons available.

Sledging, tubing and holiday camps are on offer for kids aged 8-15. Disability Snowsport UK offers private or group lessons at a subsidised rate. Equipment rental is included in the price of a ticket.

Slope opens from 9am-11pm. From £25 for a Kinder Ski Lesson (four-seven years). though if you join as a member, discounts are available.