It was when we hit the traffic meltdown in West London that I realised I was driving a car with a distinct Jekyll and Hyde personality: a fabulous vehicle with a nervous-nelly computer system. It was like having Jenson Button under the bonnet while your faint-hearted maiden aunt spluttered warnings about everything from your speed to your driving style in your ear.

Some joker had decided that it would be a great idea to completely close the Hammersmith flyover – the main road leading out of the west of the capital – for repairs on a hot and busy Friday afternoon. Instantly, a great swathe of the city from Earls Court out along the Westway was transformed into a snarling, beeping car park – and we were heading straight for it.

Not, however, if our Volvo V60’s super-sophisticated on-board computer system had anything to do with it. ‘Recalculating route due to traffic – take next left,’ announced the on-board computer Sat-Nav in a sultry, slightly bossy, tone.

I followed her orders. But the back street route she chose was a hopeless gridlock. When I started making my own driving decisions, we rapidly fell out. ‘Recalculating, turn left, recalculating, do a u-turn…’ she snapped in quick succession. ‘Recalculating, turn right.’ ‘Give me a break!’ I snapped. ‘Make up your mind where we’re going.’  Two sets of amused eyes – Scarlett, 11, and Fin, 8, in plush, leather-covered comfort in the back  – regarded me from the driving mirror. ‘You know she can’t hear you, right, Dad?’ Scarlett asked to Fin’s giggles. I chose not to dignify her question with an answer.

The increasingly strident – and conflicted – orders continued. And now a hypersensitive impact alarm began to bleep continuously too, every time I came within a foot of another car in the double-parked streets. I cracked and decided to take my own route. The Sat-Nav went into nervous breakdown mode. ‘Recalculating, turn left, recalculating, turn right…’ No combination of touch screen icons or buttons that I could discover would shut her up. Or even lower her volume. By the time, I’d weaved my way out of the mega-jam, I was sweating with frustration and stress.

That set the tone for our weekend trip to the lovely Lucknam Park hotel and spa, near Bath. 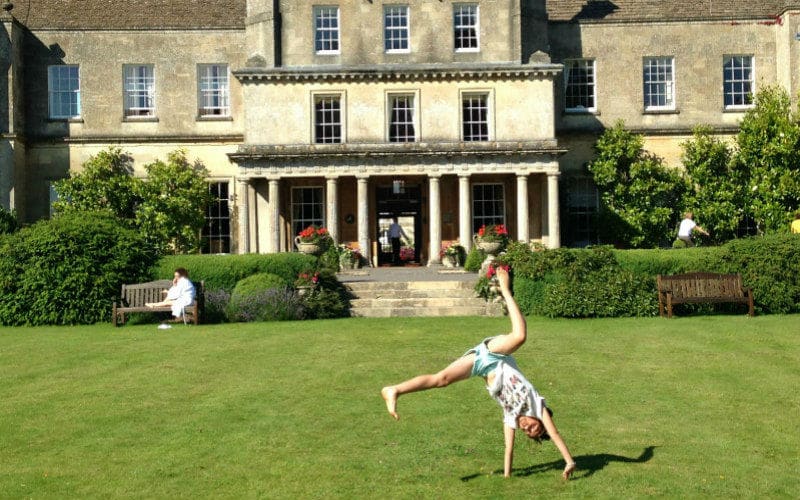 The Volvo V60 is a beautiful beast to drive, smooth, fast, effortless to steer and park, with loads of space. The kids gave it a 9/10 for comfort, and my wife Jane and I were very happy with the roomy boot, infinitely adjustable seats and amazing climate control. But oh, that highly-strung computer…

The final straw was when ominous warning lights began flickering on the screen to say there was a tyre pressure problem, and refused to go off despite various stops at various garages to use air pumps. It was soon joined by another light insisting I was running out of petrol, even after I’d filled up. I learned later that I needed to find my way to a specific screen to tell the computer to recalibrate. Same story for the Sat-Nav and the impact alarm. But there is no way to discover these things intuitively. My verdict on this car would be: buy it for the pure driving pleasure (of which there is plenty).

Just be sure to book a full sit-down lesson on the in-car tech with the dealer. Or you’ll very soon find yourself stuck in a side street, shouting at an imaginary person who can’t hear what you’re saying, while any remaining respect that your kids have for you ebbs quietly away.