Bank Holiday weekends generally fill with me dread. Lots of people rushing around to go and see relatives and catching up with friends. Generally, we like to stay put and let others do the rushing. But this weekend, we had to join the mass migration and get up North to see friends who recently moved to County Durham – a 500 mile round trip across motorway, dual carriageway and rural roads. How best to minimize the impact? It’s called the Hyundai Tucson.

A remarkably stylish, gunmetal grey SUV was delivered, followed by a veritable stampede out the door to greet it. Comments such as ‘cool’, ‘awesome’ and ‘sweet’ ensued and I also offered a satisfied nod of approval. The Tucson boot comfortably consumed the various bags, foodstuffs, drinks and golf clubs – well I wasn’t going that far without at least a game of golf! 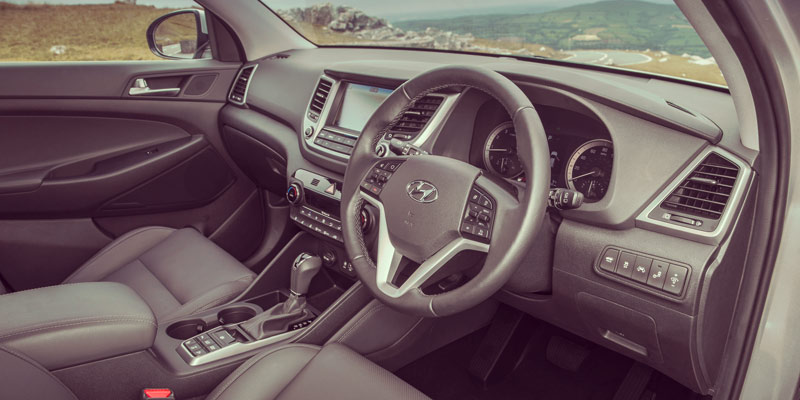 Once on the road, the Tucson is a fantastic car to drive. It has a high driver position which makes you feel safe even with the squirming family in the back. For what is a large car it has good all round vision for manoueurving and parking. Once on the motorway the Tucson performed well, cruising along with no drama and great fuel efficiency –we only stopped for fuel once in the entire weekend.

On the windy rural roads it was also fun and effective. T he sat nav did a good job of directing us to little villages –indeed I suspect it was easier to rely on the sat nav than my interpretation of the local accent. 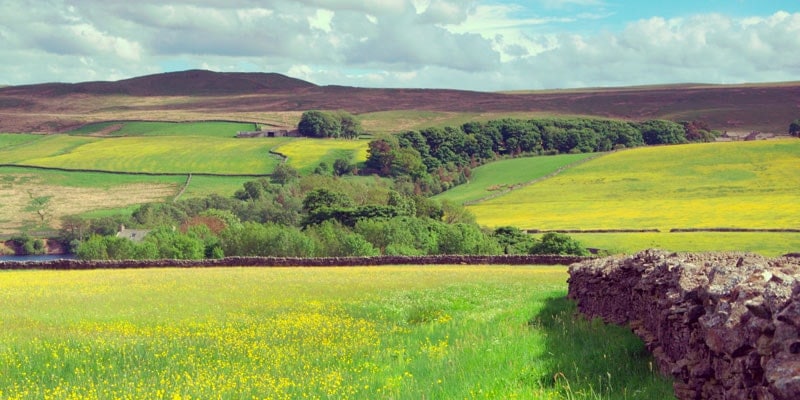 The picturesque vistas of County Durham

County Durham itself is a lovely part of the world. Plenty of rolling hills and ruins from various campaigns over the centuries. However, predictably the most popular activity for the kids had nothing to do with history or Emmerdale type countryside. It was a go-karting experience – 15 minutes of spinning around the track in high velocity and high effort tiny go-karts. The kids loved it and were remarkably good at it (should I really have cared as much as I did when beaten by an 11 year old girl?).

After spinning those karts around I was never more pleased to see the Tucson standing majestically in the car park. Easing back into the drivers seat was a relief! Importantly, the kids gave the Tucson a unanimous thumbs up, and these are kids who play sport on pitches that are often surrounded by SUVs that are £20,000+ more expensive. The Tucson is a good mix of styling, performance and great value – well worth going to the local dealer and asking for a test drive.

Author’s Note: average speed cameras on motorways work. It is possible to get a speeding ticket for doing 57mph on the M1.

Find out more about the Hyundai Tucson