Steve Tooze and his family put the Ford Focus S-Max Titanium through its paces on the way to a family holiday in Wales.

Turns out that there is a cast-iron, foolproof way to sort out the men from the boys, technology wise. You simply have to take your digital kit of choice to Wales – and press the ‘on’ button. This universal truth became rapidly and – at least to my giggling children Scarlett, 12, and Fin, 9 – amusingly obvious when we drove our borrowed Ford Focus S-Max Titanium across the second Severn Crossing and into the green and rolling hills of Gwent.

I fired up the on-board sat nav system. It looked very much the business with its big, colourful touch screen and simple navigation knobs. But the problems started as soon as I punched in the name of the village in Carmarthenshire, West Wales, that we were heading for. The computer system paused briefly to consider the unfeasibly large number of consonants (and very few vowels) it has just been fed. Then it firmly suggested that I execute a U-turn and head for a town in Hertfordshire 200 miles in the wrong direction.

With a low snarl – sat navs and I have a difficult, often stormy, relationship – I tried again. Same result. Taking a different tack, I tried entering the post code.  Except the digital device didn’t even let me enter the last digit before informing me that no such place existed. 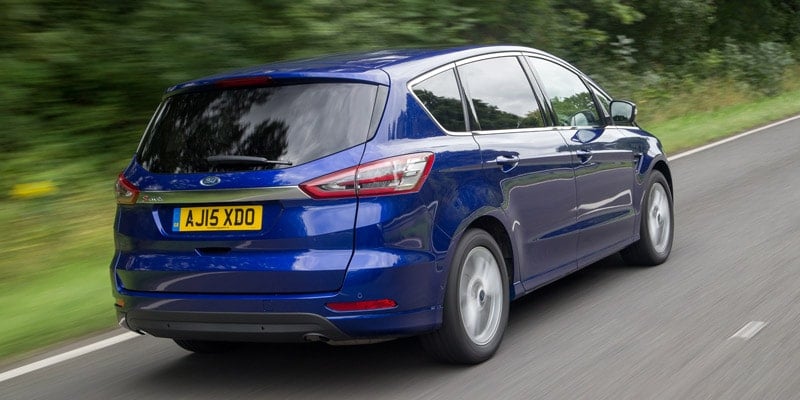 ‘Course it does, you idiot!’ I moaned. There are two snorts of laughter from the back seat. ‘Arguing with the sat nav again, Dad?’ drawls Fin, to general in-car amusement. In the end, Jane and I had to resort to the time-honoured family car travel  approach of arguing over the directions in a tatty, slightly ripped atlas with some of the pages missing.

Within a few days, it became an endlessly diverting family game. Punch in ‘Llandeilo’ and the sat nav would dutifully suggest a route to ‘Lanark’. Ask how to get to ‘Llandaff’ and be given directions to ‘Lancaster’. Oh, how we laughed. Well, Jane, Scarlett and Fin laughed uproariously. I continued my standard practice of muttering dark threats at a piece of unresponsive machinery – especially after the radio tuning part of the system proved equally tricksy.

Which was a shame because the car itself got a general thumbs-up from the whole family. I found it a smooth, easy drive, pleasingly responsive to a touch on the accelerator, and surprisingly nippy. It was equally at home zipping along the M4 or negotiating the bumpy old farm tracks to the remote barn conversion where we stayed for the week.

As an added bonus, the Ford Focus appears to run on 50% fresh air – that can be the only explanation for the low fuel bills – and had lots of visibility for reversing and parking. Scarlett and Fin pronounced the back seats comfortable and high enough to let them easily play ultra-competitive yellow car and van counting en route, and appreciated the way that the air conditioning system shifted with startling rapidity from boiling hot to arctic chill.

All in all, we agreed, an 8 out of 10 car that would have been an 8.5 if only we could have taught the sat nav to speak Welsh.