Tinky Winky, Dipsy, Laa-Laa and Po are making their way back to television after a 14-year hiatus!

The BBC has commissioned 60 new episodes, to start in November 2015. The new series will stay true to the legacy of the original, but the show has been given a creative brush-up and enhanced with a little technological magic.

Rather than being filmed in the original location in Warwickshire, new episodes will be filmed on a replica set, enhanced by CGI to create a more contemporary look. The beloved characters have been subtly updated too, and now boast touch-screen tummies which broadcast live film, shot from a child’s perspective.

Another addition to the show is the ‘tubby phone’ – a mobile gadget aimed at bringing the Teletubbies in touch with the expectations of today’s kids. The tubby phone will be voiced by Absolutely Fabulous star Jane Harrocks. Hers is not the only voice mums and dads will recognise – listen out for presenter Fearne Cotton, as well as Jim Broadbent, known to younger viewers for his role in Harry Potter.

Rest assured though, despite technological advancements, our treasured characters will stay true to the originals, retaining their enchanting and distinctive features – including their antennas.

The original Teletubbies ran for over 300 episodes from March 1997 to January 2000. The show quickly became a phenomenon in 140 countries with an estimated viewing of one billion since its launch. And who could forget the success of their number one single Teletubbies say Eh-oh!?

To find out what Tubby fans can expect from the new series, we sent three-year-old Theo – along with his parents Lauren and Richard – to the exclusive London premiere. Here’s what the family had to say:

Theo was already familiar with the Teletubbies and he was very excited when we told him that we were on our way to meet them. Theo was so happy to see the ‘real Teletubbies’ as he called them and his favourite part of the day was definitely having his picture taken with Po, who’s his favourite.  He also loved wearing his purple Tinky Winky headband!

The new series is familiar (in a good way) but a definite improvement on the original, not only because of the HD quality but also the set design. The Teletubbies new home has been particularly improved (it’s no longer just a flat dome covered in astroturf!). The format of the show is so timeless, so it’s just the production values that needed to be modernised.

Theo’s favourite part of the programme was definitely the new train – he loved the manic custard ride-around! He also laughed a lot at Dipsy going up and down the lift when trying to answer the phone. 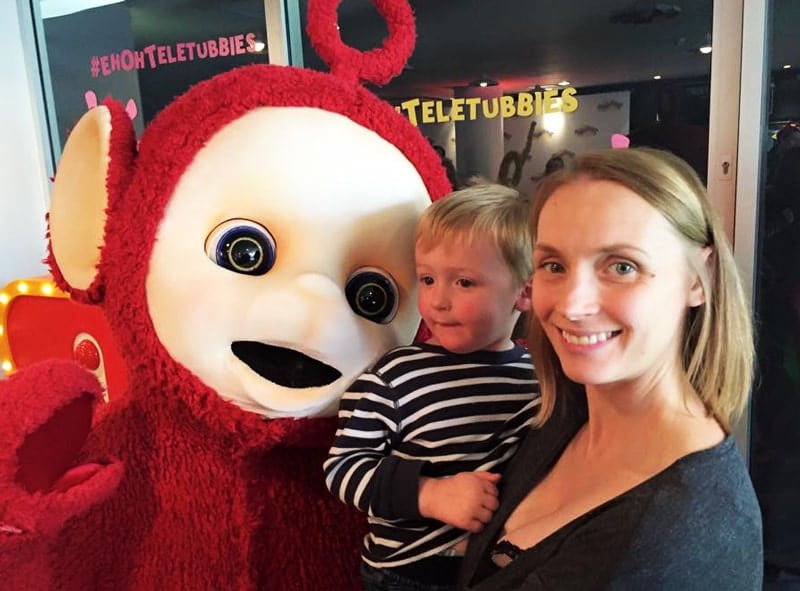 The good news is that Theo and all the other Teletubbies fans won’t have to wait much longer, as the colourful foursome will bounce back onto CBeebies on Monday 9 November.

Mariella Frostrup: Why I dream of cancelling ChristmasFamily holiday in Bermuda