Snowfall in the Alps brings cheer to British holidaymakers

After a slow start to the skiing season, British skiers and holidaymakers have reason to rejoice as fresh snowfall has covered ski resorts in a lovely blanket of snow. The forecast says that families preparing for their ski holidays can expect about two metres of snow in Switzerland, France and Austria over the next week.

The storms will end the draught that plagued resorts in one of the driest years recorded. There were concerns that snow cannons in in Haute-Savoie, France, would have to be turned off due to the draught. But much to the relief of people who have already booked their holidays, it looks set to be a great ski season. 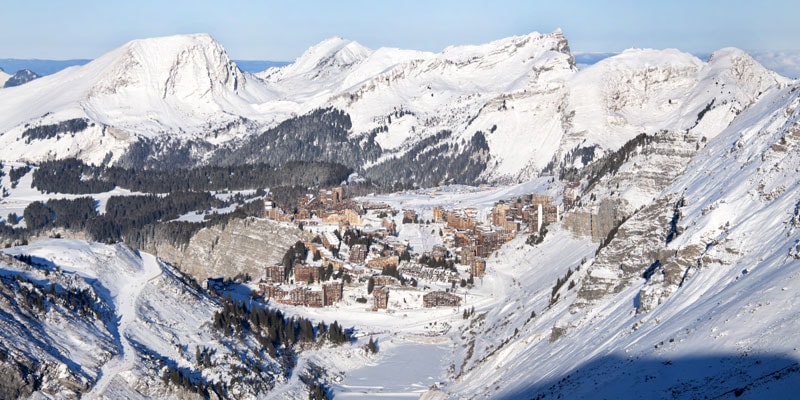 Snowfall over the Avioraz resort in Morzine, France

The Northern Alps, including resorts such as Morzine, Courmayeur and Val d’Isere, are said to receive  snowfalls of up to 100cm. Over the next few days, from 12 January 2017, snowfall of about 40-70cm is expected widely in the north-western Alps, with over 1m in one or two favoured spots.

The upper Tignes areas are reported to be 125cm deep in snow. In Avoriaz, on the main lift circuit of the Portes du Soleil in Morzine, the ski area and the village itself is covered with a thick layer of fresh snow.

As the sun shines over the white Alps, the joy is certainly infectious.

Looking for a great ski resort? Here are the ten best family-friendly resorts