Parents CAN be fined for term-time holidays

In a landmark decision, the Supreme Court has ruled that parents can be fined and prosecuted if they take their kids on holiday during term time.

Top judges have said that if certain families were allowed to break the rules, it would be a ‘slap in the face’ to law-abiding parents.

This landmark ruling was made after dad Jon Platt defied the rules of his daughter’s school, and the headteacher, by taking his daughter on a week-long break during term time to DisneyWorld Florida in 2015.

His local council fined him £60, but Mr Platt challenged the fine, stating that his daughter had a solid attendance record (92.3%). He argued that parents should be able to choose when they take their kids on holiday.

The Government fought back, worried that that if Mr Platt won, it would undermine their policy on unauthorised absence.

Delivering the judgement this morning, Lady Hale, sitting at the Supreme Court, said: ‘Unauthorised absences have a disruptive effect, not only on the education of the individual child, but also on the work of other pupils, and of their teachers.

‘If one pupil can be taken out whenever it suits the parent, then so can others. Different pupils may be taken out at different times, multiplying the disruptive effect.

‘…Any educational system expects people to keep the rules. Not to do so is unfair to those obedient parents who do keep the rules, whatever the costs or inconvenience to themselves.’ 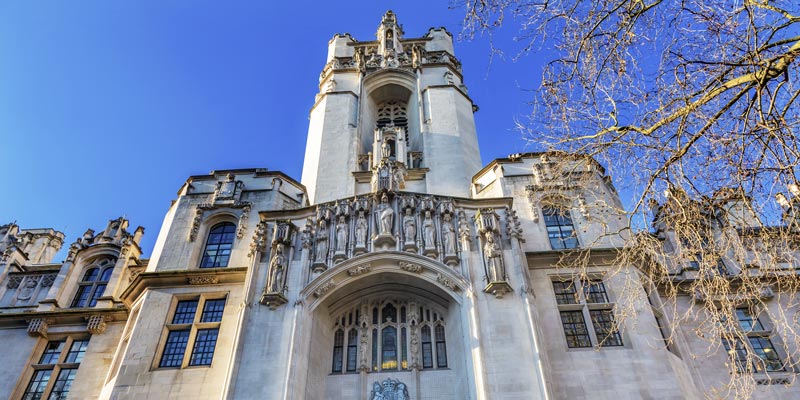 The Supreme Court, where the landmark decision was made

The Department of Education will no doubt be relieved by this news. If they had lost the case they may have faced a lot of disruption in classrooms.

Mr Platt was backed by judges at the High Court, in 2016, but they referred the case to the Supreme Court because it is a principal that would affect all parents in the country.

Following this ruling, last May, there was a sudden surge in term-time bookings, and criminal prosecutions of other parents were dropped.

The Supreme Court has now ruled that Mr Platt’s case must go back to the magistrates court.

Speaking outside the Supreme Court, Mr Platt said he would fight against paying the penalty notice, once the case resumes at the Isle of Wight magistrates court. Mr Platt said he has no intention of pleading guilty to the offence.

Term time holidays: what are the rules?

According to Government guidelines: