Mariella Frostrup: A holiday just for me

While I may be a bit of a control freak, I’d always considered myself a firm believer in democracy; that is, until my kids grew old enough to express an opinion on our holidays. These days, no detail is too trifling for them to trouble themselves with, from dates to location, accommodation to activities.

Two minds are better than one, the saying goes. But in our house, four minds occupying themselves with the minutiae of our holiday plans is keeping us in a state of travel paralysis. First came the ban from Molly, age 11, on being away from home on any religiously, culturally or personally significant dates designated by her. In one fell swoop, this ruled out travel during Easter, Halloween, around her birthday in August, and included a total grounding over the Christmas holidays. On the latter, my husband concurs, and for 12 years now, my annual dash for winter sun over a religious holiday I can personally take or leave has been off the menu.

This year, I thought I’d detected a glimmer of hope – after weeks of negotiation and complaint, easing them towards permission for a potential Boxing Day departure – but I’ve yet to receive confirmation that it’s a definite thumbs-up. Dealing with my son, Dan (10), is a little easier, and in the heat of a family debate he’ll often slide his hand in mine and whisper, ‘I’ll go with you, Mum,’ when the other two are being their intransigent selves. That is, unless my daughter gets to him first and fuels him with earnest propaganda, brilliantly conceived, at which she excels. 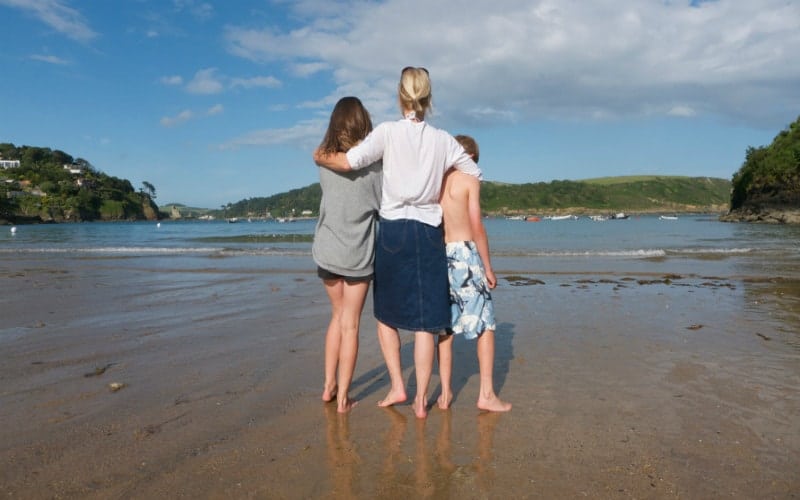 Mariella and her opinionated kids in a moment of holiday harmony

On one occasion, she stooped so low as to look up the Manchester Utd matches he’d miss while we were away in remote, blissfully wifi-free Mozambique – the most research she’s done on any topic in her short life to date! As it stands, I’m left with a week at the end of July, and the February and May half terms, which any parent trying to travel within the confines of the school holidays will know are the most expensive dates to go anywhere. So, I’ve made a radical decision: this year, I’m focusing on ME.

A just-completed TV job involving two weeks in a hotel and rediscovering the abject bliss of some space and time to myself has whetted my appetite for further forays. I’m not after a martyr’s cup but, like so many of my fellow mothers, my own desires
have been last on a very long list since I embarked on parenthood.

Now, I’m sticking myself back into pole position, Googling detox weeks and yoga retreats and trying to convince a couple of friends to join me. If the rest of my family want to stay at home in April stuffing industrial amounts of chocolate into their greedy mouths, they can do so with impunity. Instead, I’ll be sunning myself in southern Spain, where Kaliyoga’s weeklong restorative break promises to be ALL about ME!

To read more of Mariella’s columns, visit familytraveller.com/authors Mariella Frostrup is the presenter of Open Book on Radio 4