One of the UK’s most popular destinations, the Scottish capital is as just as highly regarded by those from Milwaukee and Milan as from Manchester. But look beyond all those open-top bus tours and snaking processions of Japanese tourists, and you’ll discover an atmospheric, lived-in city with an ambience all of its own. The urban topography – dominated by the extinct volcano Arthur’s Seat and other looming crags – makes you feel as though the Caledonian wilderness is on the verge of breaking through the Georgian terraces and labyrinthine streets of the old town.

The famously hostile climate (Edinburgh sits on the same latitude as Moscow) means that the city’s pubs, restaurants and cafés are seriously welcoming spaces, while the sheer history of the place is sure to appeal to children of all ages.

Older kids and teenagers will adore the huge choice of ghost walks through the famously haunted Auld Reekie (as Edinburgh was known in more pungent times).

For a less scary experience, head to Edinburgh Castle, The Museum of Childhood or the wonderful Scottish Storytelling Centre; alternatively, see more than 1,000 rare and endangered animals at Edinburgh Zoo. The stars of the zoo are undoubtedly the giant pandas Tian Tian and Yang Guang, who have settled happily after arriving last year.

More than 40,000 performances take place in around 250 venues in the city – many of them free – and the result is a heady, thrilling experience that all visitors find equally exhilarating. 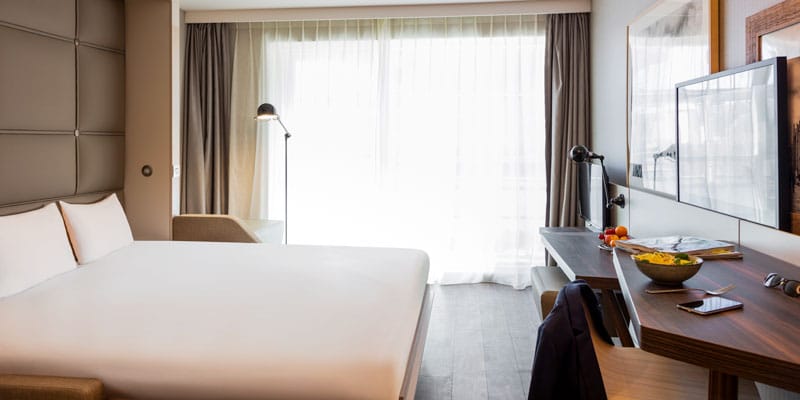 Adagio Aparthotel (01313228299) offers an enviable location in the heart of Royal Mile and is a convenient 10-minute walk from Waverley train station. Keeping with the World Heritage status of Edinburgh’s old town, the exterior retains the architectural character, while the stylish self-contained service apartments have all the mod-cons for a family-friendly stay. With a fuse-ball table and board games in the lobby, there is plenty to keep the kids occupied. The service is friendly, and the hotel offers the feel of a home away from home. Prices in low season for a studio apartment start from £80, in high season from £148.

Dakota Edinburgh (0131 319 3690), located just outside the city near to the Firth of Forth, manages to pull off that difficult-to-achieve trick of providing boutique-hotel style at B&B prices. Family rooms from £295, including breakfast.

Vino at The Arches (0131 629 4282): Relax with a glass of wine after a long day of walking at Vino at the Arches. The Arches is a rejuvenated area by the folks at Adagio and features independent shops, bars and cafes with character. Kids can pop next door for a glass of bubble tea.

How to get there: If you’re driving from London, you’ll come via the M6, then the A702 to arrive in Edinburgh. Alternatively, easyJet flies from London to Edinburgh; from £50 return.

Travel time: The drive from London takes 6 hours and 45 minutes. A flight from London to Edinbugh takes 1 hour and 20 minutes.

10 of the best: holiday destinations by ferryEscape to Cortina, Italy