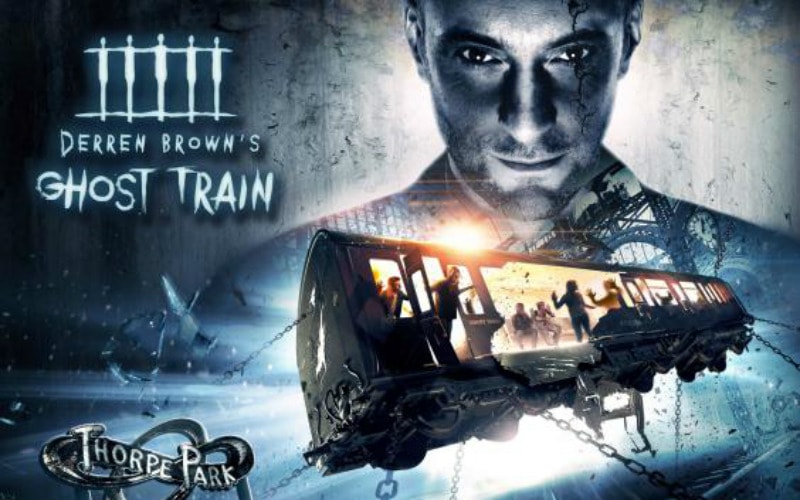 Derren Brown, the acclaimed British mogul of mind control has announced spine-tingling details of his new partnership with Thorpe Park – to create the world’s first immersive psychological attraction. Probably one best suited to fearless teens, this new experience, Ghost Train, has been in development for three years and is due to be unveiled this March when the park reopens for the year.

Though construction and development is wrapped in secrecy, the park has revealed that this mammoth project involves a team of over 1,000 specialists due to the nature of attraction. Unlike many of its predecessors, this ride will be unique in that riders will endure a whopping journey of 13 minutes.

Visitors will enter an old style Victorian train carriage, suspended in mid-air. They will then have to wear a mask to propel them into a virtual reality experience. Expect many surprises, including sequences where you’ll interact with actors.

In an interview with London Evening Standard, Darren shed some light on the hotly anticipated new ride: “This is the reinvention of the ghost train. It is something very different. It is the first of its kind and, without sounding too arrogant about it, I think it will change what theme parks will be doing in the future.”

To entice you further, Thorpe Park released a cryptic microsite to promote the ride.  Eager fans can sign up for more information, but let’s face it – when it involves the mastermind of mind control we can predict a massive success.

Visit Thorpe Park for more information and to book. 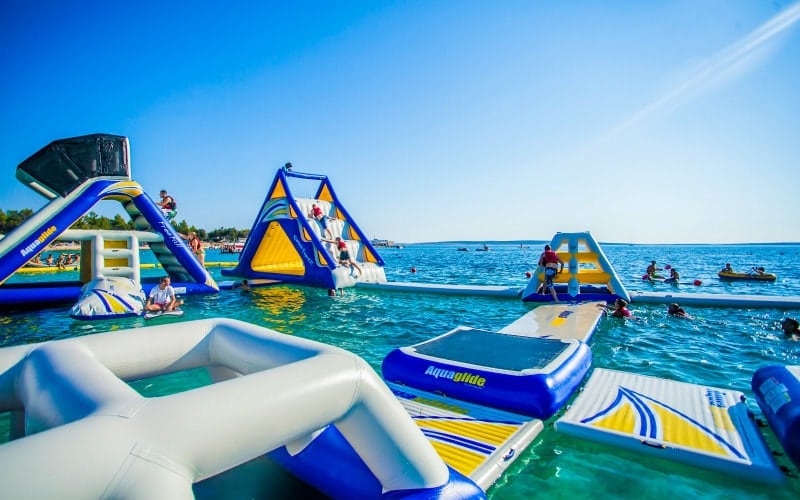 Jump, bounce, climb, slide and splash at Retallack resort’s brand new floating inflatable Aqua Park, the first of its kind to open in the south west. Opening for Easter 2016, this huge inflatable Aqua Park has a giant trampoline, climbing wall, slides, blast bag and challenging balance beam. Kids will love racing their friends around the course, trying to beat the obstacles and hurling themselves into the water.

This watery funpark is an extension of the popular Retallack Resort, set in the heart of Cornwall. The resort is ten minutes from Newquay and Padstow and less than an hour from St Ives, making it the perfect spot for families who want a relaxing, self-catering base from which to explore the area. Play and relax on Cornwall’s famous beaches, indulge your foodie passions at Padstow or watch the kids fall in love with nature at the Eden Project – the west country is a paradise for families.

For more fun on the water, Retallack’s lake offers exciting activities for kids of all ages, and boasts a wakeboarding cable system, as well as plenty of skilled instructors who’ll have the kids carving up the lake in no time.

Where: Winnards Perch, near Padstow, Cornwall

Price: From £15 for a session at Aqua Park

Family Traveller readers will enjoy up to four free sessions at the Aqua Park, when you book your holiday before the end of February. To book call 01637 882500 and quote FTAQUA

Book your stay at Retallack Resort. 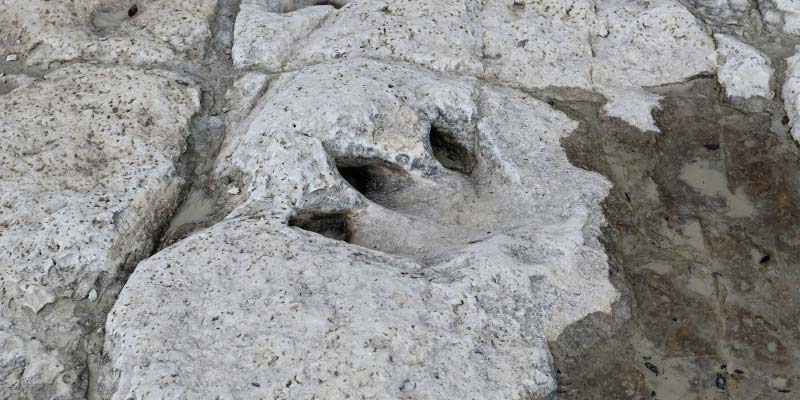 Paultons family theme park is expanding its space with a new dinosaur themed-land, Lost Kingdom. Here Dinosaurs of all shapes and sizes will roam the land so be prepared to be catapulted into a prehistoric landscape where seeing is believing.

Lost Kingdom will be home to an array of Dinosaur attractions including two incredible rollercoasters: The Flight of the Pterosaur – Paultons first family suspended coaster and Raptor – a new boomerang style coaster that promises to leave a lasting impression. Other attractions will include life-like animatronics, Jurassic theme rides, a play park and the incredible opportunity to come face to face with ‘living’ animated dinosaurs. After you’ve had your fill of dinos, beyond the Lost Kingdom the family can play some family mini golf, admire exotic birds and much more.

Where: New Forest in Hampshire, UK

Price: A family of four ticket from £99 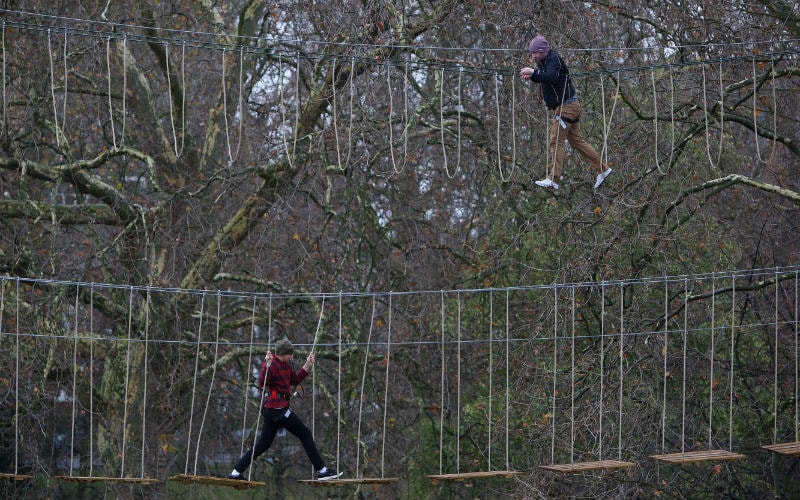 We’ve been excited about the opening of Go Ape in Battersea Park ever since it was first announced. After its launch in 2001, the UK’s number one forest adventure has enjoyed tremendous success and now people in London will finally get a chance to unleash their inner Tarzan. The latest obstacle course has the highest obstacle crossings of any of their attractions. In fact it is double the height of most Go Ape courses and twice as long. This makes the crossings extra wobbly – eek!

The Go Ape in Battersea Park will feature two adventures, Tree Top Adventure and Tree Top Junior. If you decide to take on the Tree Top Adventure you’ll face zip wires, crossings and leap off swings. The minimum age for this experience is ten, but children under 16 will require adult supervision. Even little adventurers can take part in an awesome family day out, thanks to the Tree Top Junior experience, for kids aged six – 12. The experience lasts for an hour, during which kids will take part in one zip line, canopy exploring and trail-blazing. 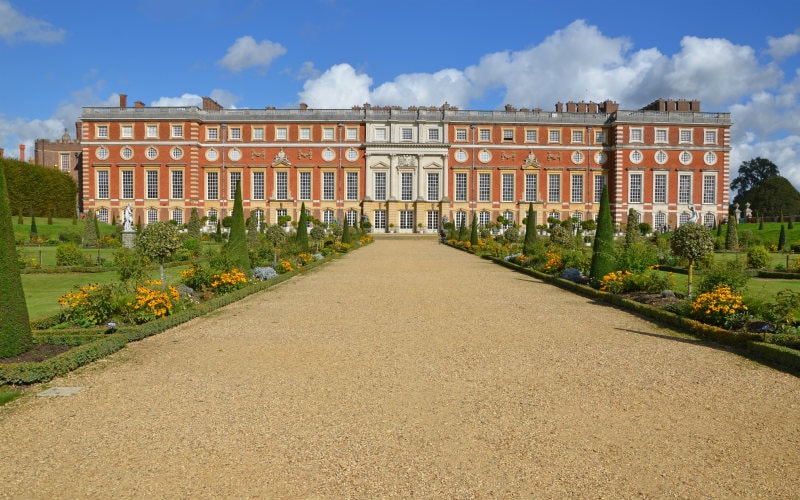 Set to be an innovative and interactive experience, Hampton Court Palace will be launching their new play garden on the site of the former Tudor Tiltyard, where Henry VIII used to entertain the Court. The Magic Garden has been a project in-the-making for the last two years, and kids and adults will at last get to make the most of the exciting new play area in spring 2016. Hampton Court has teamed up with Chelsea-winning gardener, Robert Myers, to create a magical landscape where kids can let their imaginations run wild with them.

History will be at the heart of the Magic Garden, wonderfully complimented with a jousting arena, Tiltyard rowers, fire-breathing dragons and much more. Ultimately, the goal of this garden is to make visitors of all ages leave the site with a sense of what makes Hampton Court so unique and special. 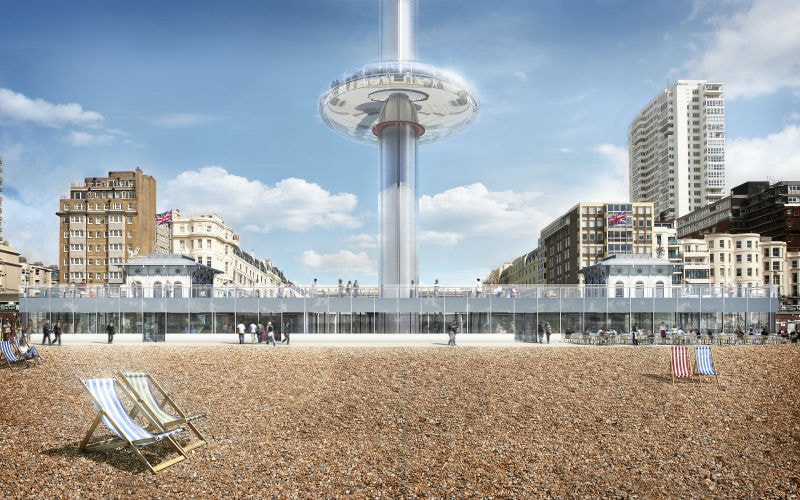 Make room in your calendar this summer because you’ll want to squeeze in a trip to Brighton. The UK’s favourite seaside town is welcoming a brand new attraction. The British Airways i360 is set to be Britain’s highest observation tower outside London – taller than the London Eye. The i360 has become a big deal over the last year, so much so that British Airways have signed a landmark, five-year sponsorship deal.

At 162 metres high and with an observation pod riding to 138 metres, we predict you’ll have to book tickets well in advance to avoid disappointment. Enjoy breathtaking 360 degree views over Sussex on the British Airways i360, conceived and designed by Marks Barfield Architects. After you and the kids have taken in the sights, dine, celebrate or play in British Airways i360’s beach building which features a brasserie, shop and a kids play zone.

Find out more about Brighton i360 and book tickets. 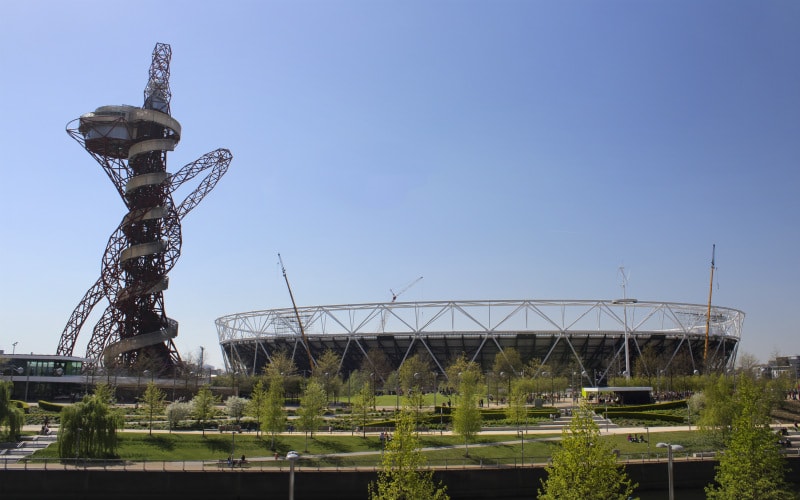 While adults may shriek in horror, kids will squeal in delight at the opening of the ArcelorMittal Orbit slide, in London’s Olympic Park. The slide will make the impressive claim of being the world’s longest and tallest tunnel slide, starting at 80 metres high. If you’re looking for a thrilling experience, without breaking the bank, this is definitely one attraction the whole family can have a go at – although you’ll have to have nerves of steel because you’ll be travelling at 15 miles per hour!
The slide will spiral around the tower five times before you reach the ground and while the entire journey will take about 40 seconds, it will feel like minutes once adrenaline starts kicking in. Not only will riders get a thrill, but you’ll be whizzing past transparent sections, perfect for taking in a view – but you’ll have to be quick!

Book your ride on the ArcelorMittal Orbit slide. 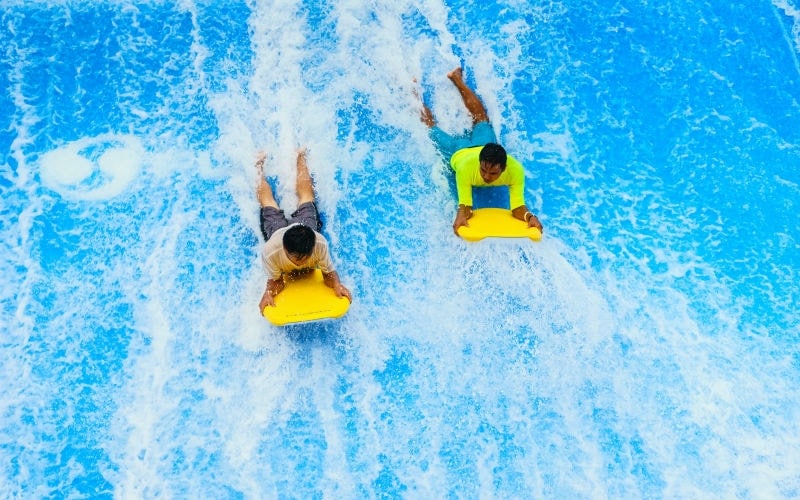 A good waterpark is hard to come by in the UK, but this summer that’s all about to change. Alpamare waterparks are bringing a new park to Scarborough, which promises to be unlike any other in the UK.

The new waterpark will have all the ingredients for success but also include a mix of adventure and pampering. Kids will love diving into waves in the fabulous heated, outdoor pool. Other attractions will include waterslides, a spa and restaurants to refuel after fun.

Alpamare is held in high regard and the company  has received numerous international awards for innovation, safety and hygiene so we know this is one unmissable family day out.

Find out more about Alpamare waterpark.

To celebrate the 150th anniversary of beloved author, illustrator and conservationist, Beatrix Potter, Willows Activity Farm will open their new Peter Rabbit Adventure playground. Even if your little ones haven’t been introduced into the world of Peter Rabbit, this park is for all children to enjoy.

The play area will include a secret treehouse, a kitchen and discovery trail and will be the first Peter Rabbit play area of its kind. Willows Activity is the perfect escape for busy families. Other activities include shows, rides, inflatables, a play area and an abundance of restaurants, which include microwaves to heat up baby food.

Find out more about the Peter Rabbit Adventure Playground.

Looking for new adventures to have with the kids? Check out these new hotel openings – there will be something for everything holiday