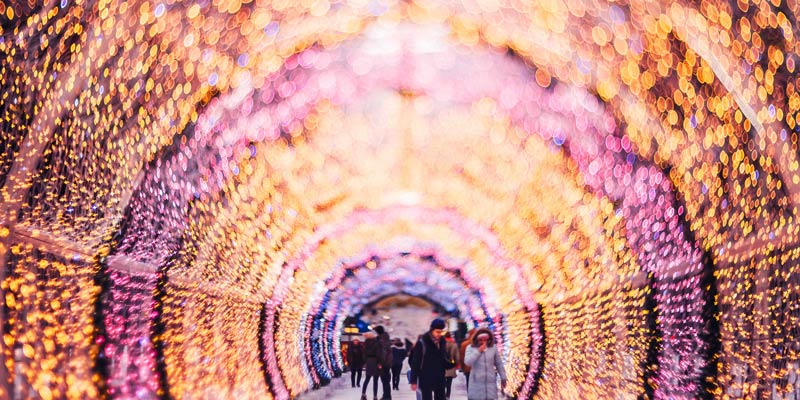 1/15 Sparkle in a tunnel of lights

The Christmas lights will be extra-spectacular this Christmas in Norwich as switch-on will include an awe-inspiring ‘Tunnel of Light’  – a wonderland display made from 50,000 pulsating LED lights. The lights – which run 60 metres in length, are six metres wide and four metres high, will light up in a display of mesmeric dancing beams,  a sequence which will reflect the patterns and colurs of the Northern Lights. Inspiration for the tunnel has been taken from Nagashia Resort’s theme park Nabana no Sato in Japan. As well as this supernatural spectacle, there’ll be a beautiful traditional eight metre Norwegian Spruce which will twinkle proudly outside Norwich’s art deco City Hall plus watch out for three commissioned original film projections of Christmas stories   – a tradioneal Christmas narrative and contemporary Chirstmas adventures – broadcast nightly on the iconic Art Deco City Hall plus Norwich Castle Museum and Art Gallery.

Find out more about Christmas in Norwich