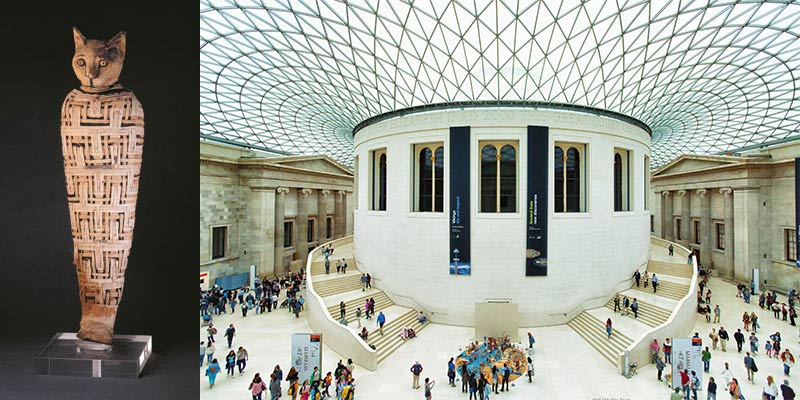 While a trip to the British Museum’s collection of over eight million artefacts may fill some with delight ,coaxing a reluctant teen around the labyrinthine corridors sometimes proves  a struggle. But museum visits will never be boring again! THATMuse (which stands for Treasure Hunt At The Museum) runs bespoke museum treasure hunt events at London’s British Museum providing a unique, entertaining and interactive way to discover fascinating treasures with a healthy dose of competitive energy and light-hearted fun. As hunters weave through the halls, scouting out and photographing the treasures from their clue list, they will interact with the exhibits and learn about the artefacts encountered – without suffering the dreaded ‘museum fatigue’.

A ‘Classic Hunt’ typically lasts ninety minutes and requires a team of 2-4 people. Each hunt revolves around a different theme from the likes of ‘Fun & Games’ to the International Women’s Day-inspired ‘Lady Hunt’. Participants are presented with a pack of different artefacts to find and then photograph their team with (often in an amusing pose).    THATMuse takes bookings for individually scheduled Clasic Hunts hunts and also hosts public hunts at the British Museum every 2nd Friday of the month from 5.30pm – 7pm.

You can book your own hunt or join a public hunt – the next one is 12 May Skull Scouting.

Find out more about Treasure hunt at the Museum

If the sun’s out, you might prefer to laze on the beach. Avoid crowds with the 15 best hidden beaches in the UK.