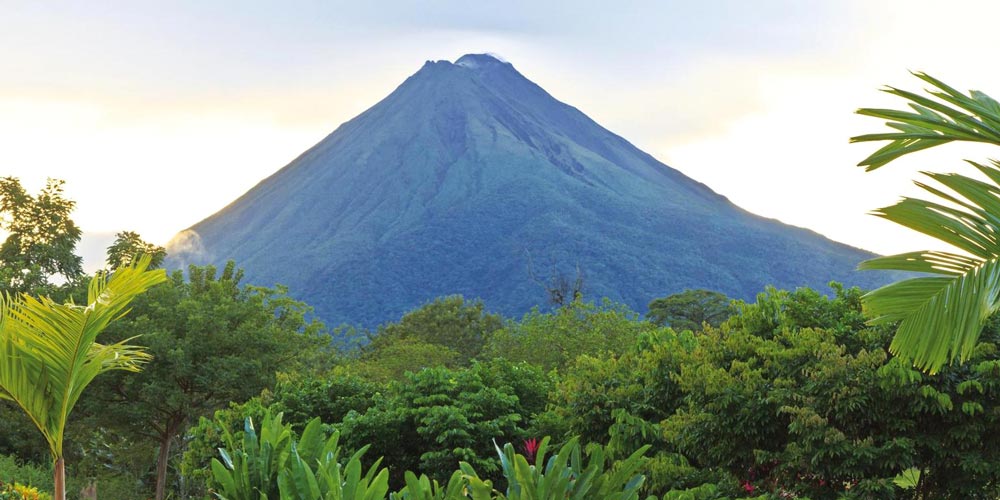 Arenal, one of the country’s most active volcanoes

If your kids are animal mad, what better country to explore than the richly biodiverse rain and cloud forests of Costa Rica where – as well as sightseeing and adventuring – they volunteer at an animal wildlife rescue centre?

This tiny Central American country is home to more than 850 species of bird, 208 species of mammals and a staggering five per cent of our planet’s biodiversity – all within 51,000 sq km or a mere 0.03 per cent of the world’s landmass.  Nowhere on earth can boast as many different types of habitat concentrated into such a small space.

Costa Rica has taken great strides to protect this extraordinary abundance and diversity, and Hands Up Holidays specialises in trips where volunteering is an integral part of the adventure. Families can volunteer at a wild animal rescue centre in the Arenal area as part of their Costa Rica experience.  Mums, dads and kids may find themselves in a cage full of squawking parrots, or other such incredible experiences.

The centre relies on visitors and volunteers for funding, and the message is clear. ‘The animals are not here because we want them,’ explains Francisco, the resident vet. ‘They are here because people do not know how to behave with them. Our aim is always to release them back into the forest and our goal is to spread the word that it isn’t OK to keep exotic pets’. 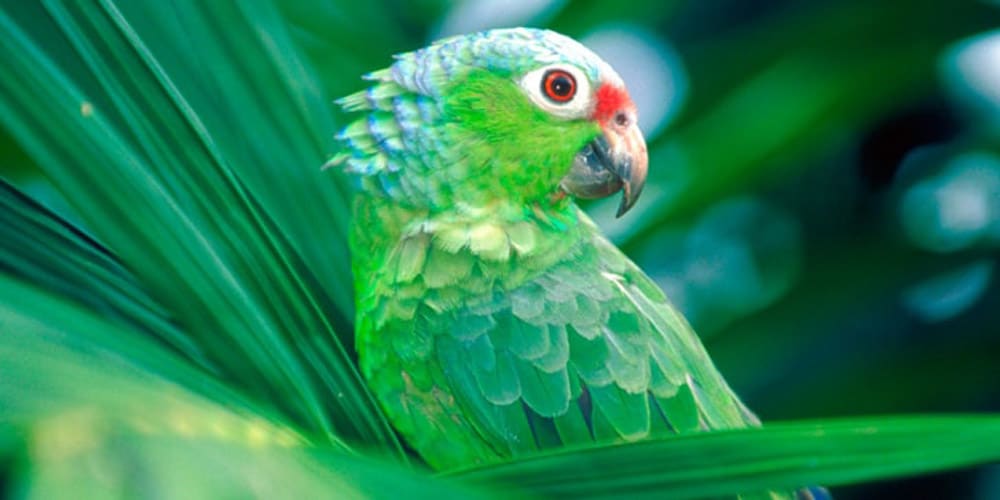 The cages house many parrots, several monkeys, native coatis (like raccoons), a baby porcupine, an ocelot, peccaries (wild pigs) and a whole array of injured animals that Francisco tries his best to save. Some have been confiscated, some illegally domesticated and others brought in by people claiming to have ‘found’ them.

Francisco rolls his eyes at the word ‘found’.  ‘It’s a lot of guess work and improvisation’, he explained, ‘I never know what will come in and 99.9 per cent of people lie about what’s happened and where they “find” them because they know it’s illegal to possess wild animals’. His job is to work out the story behind each animal so he can decide on the best course of action.

Families are asked to clean cages, build and paint new habitats and make toys out of bamboo, twine and other scraps for the animals. Here practicality and creativity go hand in hand. As kids get to know the animals, what might have been considered work, becomes fun and educational. 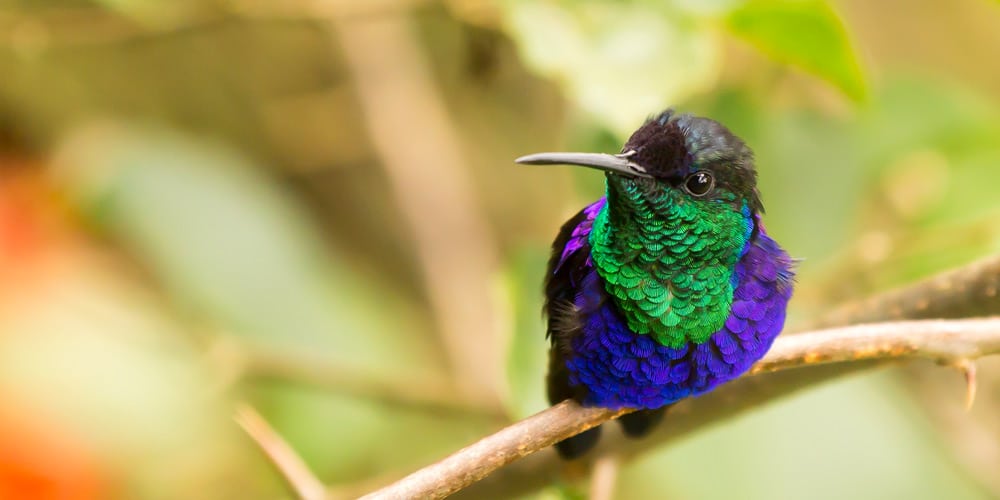 Volunteering is only part of what you can get up to in Costa Rica. Families can also see many animals in their natural habitat. Myriad azure butterflies the size of your palm, colourful birds, monkeys and sleepy sloths are never more than an arm’s length away here, which made travelling between destinations on the winding roads endlessly interesting.

The small vibrant town of Quepos on the Pacific side is the gateway to one of the country’s top destinations – Manuel Antonio National Park – home to an array of pristine sandy beaches ideal for children desperate to cool down after a hot sticky walk through the rainforest. 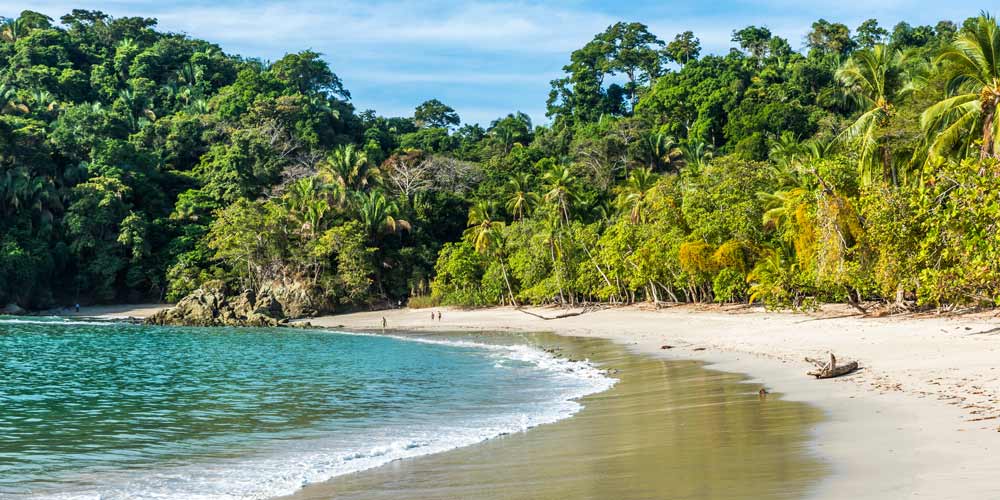 The sandy shores of Manuel Antonio National Park (watch out for sticky-fingered raccoons!)

It’s a four-hour drive from Manuel Antonio to Selvatura National Park, high up in the misty Santa Elena Reserve. Ascend and you’ll gasp at the beautiful rainbows across the cloud forest which alternate constantly between sun and torrential rain. This is where you can take your lives into your hands and whoosh across the canopy along a network of zip wires. It’s an exhilarating experience dangling above the cloud forest, watching your children disappear ecstatically into the white mist swirling over the treetops.

Costa Rica will take you out of your comfort zone time and again – whether it’s facing your fear of heights or getting close to wild animals. You can zip-wire above the cloud forest canopy, wobble along the hanging bridges of the Mistico Arenal Park, view a tarantula in its hideaway in the Monteverde Cloud Forest Reserve, hike to the foot of Arenal, one of the most active volcanoes in the country, get pecked by a parrot at the rescue centre – and stay at some top-notch hotels along the way. 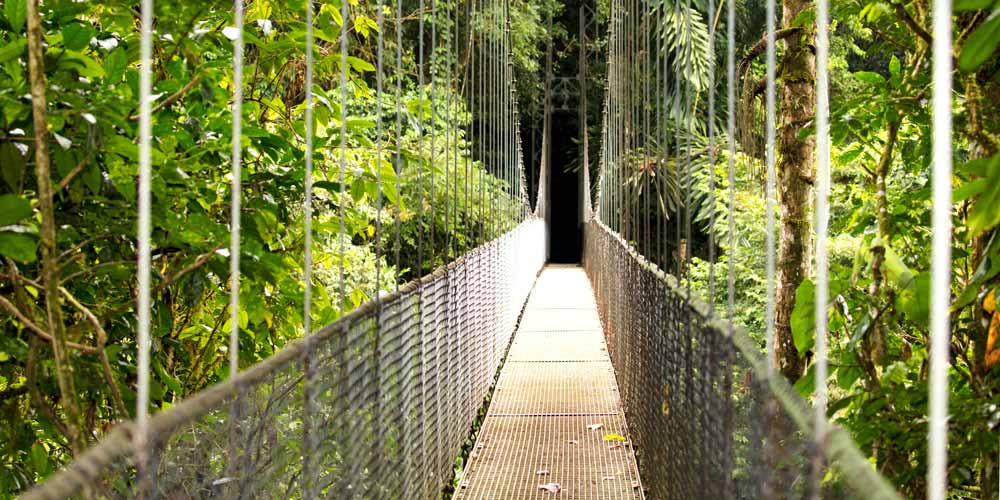 One of the most beautiful, quiet, secret yet thrilling experiences is to be found in Tortuguero National Park on the Caribbean coast. Rainforest, fresh water and sea water collide here to make this extraordinary area really special. Caimans inhabit the river on one side, and sharks are in the sea on the other, so it’s advisable to swim in the pools at the lodges.

Tortuguero is only accessible by boat or small plane. And as the name suggests, this is the place to see turtles – the green turtle, the hawksbill and the leatherback. Go during the prime nesting season during July and August. Turtle nesting tours are highly regulated, departing after 8pm, under the cover of darkness, by boat in a small group with a local guide, but sure to be the highlight of your trip. 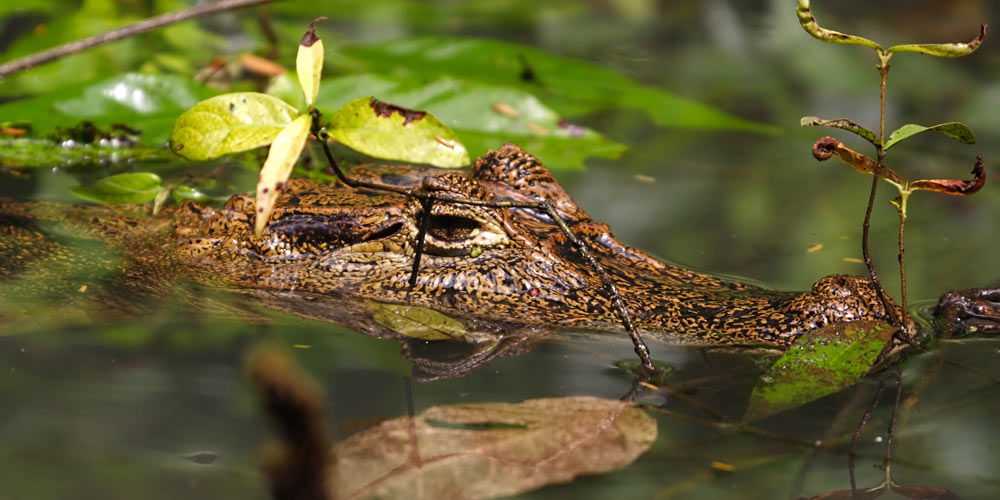 Caimans and sharks inhabit the waters at Tortuguero National Park

Who to book with
Hands Up Holidays specialises in responsible luxury family holidays, blending sightseeing with service. For a family of four to do the itinerary outlined in this article, it would cost £13,665, including economy class flights, hotels, transfers, entries to the national parks plus activities, meals and volunteering. Trips can be adjusted according to your preferences and time frame.
Book and find out more: handsupholidays.com

When to go
Costa Rica’s high season is from December to April when it still sees some rain but generally the weather is hot and sunny.  If you’re brave enough to come when the shoulder season turns to the low season in July and August when the rainfall increases, you’ll be rewarded with the chance to see turtles nesting.

Essentials
Costa Rica is Spanish speaking. No visa is required for UK visitors. Visit your GP before travelling to check if you need vaccinations.

Top tip for families
When embarking on a volunteering holiday in Costa Rica, don’t underestimate your child’s ability to see volunteering work as play. Children love a task and when animals are involved it makes it all the more special.

Looking for more ways to get close to wild animals? Discover the ten coolest wildlife adventures, in the UK, Europe and further afield.