There’s tons of fun to be found in Florida, and it’s not only at the theme parks, discovers Lucy Pares

If you’re not living on the edge, you’re taking up too much space,’ our captain announced as we climbed aboard our transport for the day – an airboat. We were at Wild Florida, a sanctuary
and rehabilitation centre for injured or orphaned animals. Our guide to this area of Florida’s Everglades, Captain Dennis, was just getting started on a list of amusing proverbs, so we settled into our seats, snapped our ear defenders securely over our ears and waited for the airboat’s engine to get going.

I’m back in Florida for the fourth time in a year… What can I say? I’m Sunshine State-obsessed – there’s just so much to explore. From Universal Orlando and its new-look Hulk rollercoaster to swimming with manatees in the back canals of Crystal River; the contrast between activities is huge, and each side is equally thrilling, especially if you have kids along to enjoy the excitement and variety. 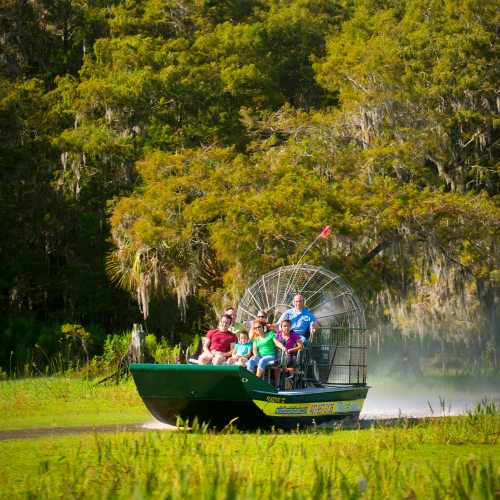 Cruise along the everglades in a airboat

Wild Florida’s airboat tour is both educational and entertaining. An airboat, for those of you not in the know, is a flat-bottomed vessel, powered by a huge propeller at the back of the boat, outside the water. It’s most commonly used in shallow areas for fishing or hunting, but we were on a sightseeing tour. The airboat skims across the surface of the water, allowing us to get really close to the local wildlife. Captain Dennis stopped to give us a closer look at the placid manatees, grazing dangerously close to an alligator; a sandhill crane sitting on her nest in the middle of the water; and a mother croc protecting her babies.

On dry land, the rest of Wild Florida is just as interesting as the view from the water. The sanctuary has more than 200 animals, as well as knowledgeable keepers to show you around. It’s a must-visit for young animal lovers and conservation enthusiasts.

On day two, we headed over to Universal Orlando, the very antithesis of Wild Florida, but a perfect playground for energetic kids. Our aim was to go on as many rides as we could jam into the day, and some highlights included The Amazing Adventures of Spider-Man, the new-look Incredible Hulk rollercoaster and Hollywood Rip Ride Rockit. Skull Island: Reign of Kong, a 3D adventure, was a particular hit: riding aboard an old-fashioned safari truck you feel like you’re genuinely part of the movie.

The Simpsons Ride was met with screams of laughter from the older kids, while Despicable Me Minion Mayhem is great for younger ones. Meanwhile, The Wizarding World of Harry Potter is an essential visit even if you’re not a fan of the books and movies. The simulations and sets are epic, and you’ll forget your Muggle status as you stroll along Diagon Alley or hop on a broom during the Harry Potter and the Forbidden Journey ride.

On day three, we cautiously stepped through the entrance to SeaWorld. Not without trepidation about what we might find at the park, we were taken behind the scenes and met with a pleasant surprise. Here lies a five-acre rescue centre designed to rehabilitate wildlife that has either been injured or orphaned in the wild. We met a baby manatee, barely a month old, rescued because she was an orphan. The trainers hand-feed the manatees when they’re too young to feed themselves. Next door, we visited the manatee rehabilitation pool, where injured cows were being treated. 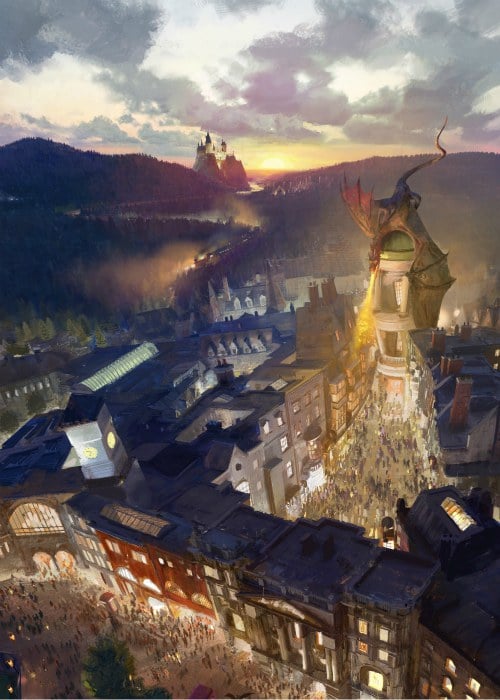 Welcome to the Wizzarding World of Harry Potter 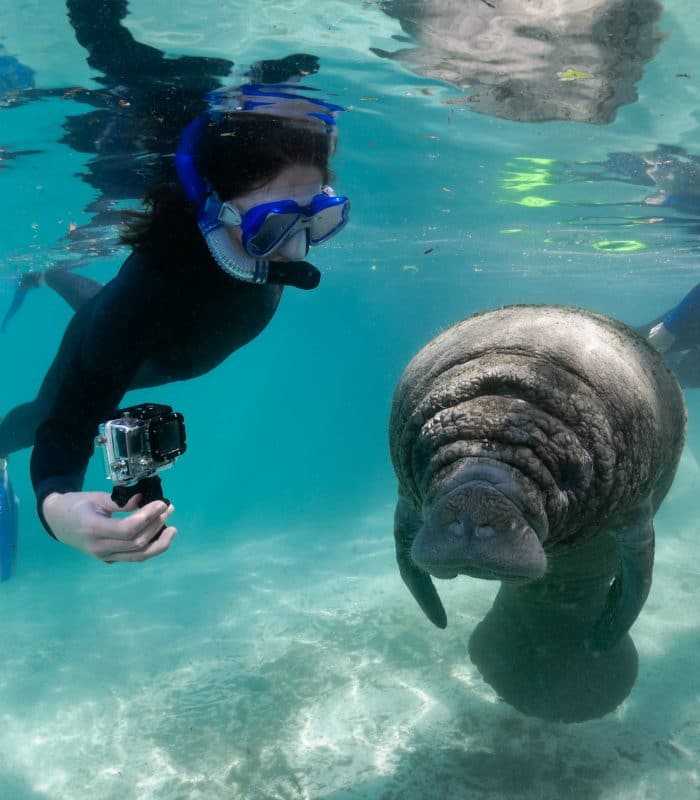 Up close & personal with the gentle giants

Adjacent to that was the ‘waiting pool’, where the mammals were being fattened up for release into the wild. The manatees need to weigh in between 600 and 1,000lbs before they’re released. Una, one of the older cows, had been rescued three times. Once, due to hypothermia; the second two times, because she got caught in a fishing line. It was pleasing to see the efforts SeaWorld is making to rehabilitate injured marine life, and our visit was an eye-opening experience.

It was time to move on to our next destination – Crystal River, on the west coast of the state and a world away from the craziness that surrounds the theme parks in Kissimmee. Crystal River is small and homey, mirrored in the first delicious restaurant we stopped at, Katch 22 (katchtwentytwo.com).

While the restaurant doesn’t look like much from the outside, the warm welcome and exquisite food more than made up for first appearances. Crystal River was our time to get active, explore and be adventurous. 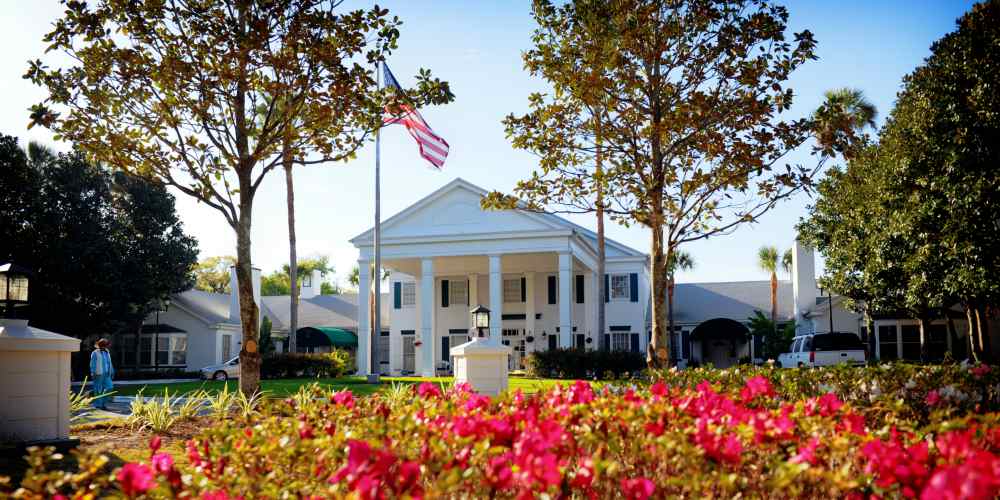 Treat yourself to a stay at Plantation 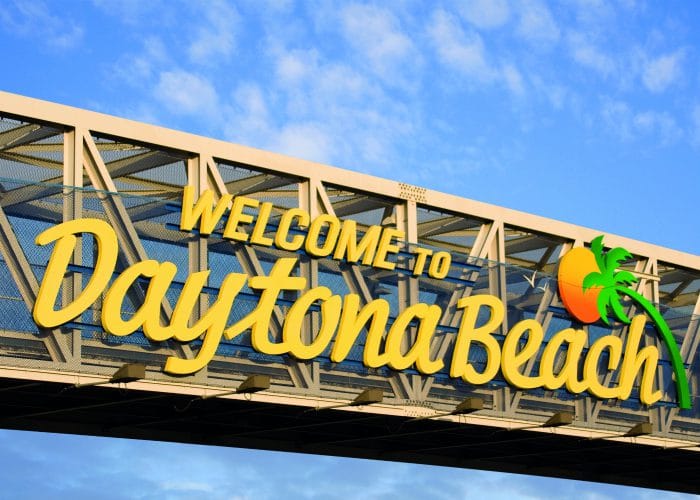 Bring on the sunshine!

We stayed at Plantation, a 50-year-old eco-resort next to Kings Bay. Kings Bay, with its warm natural springs, is home to over 400 West Indian manatees that live here during the winter months. Plantation offers ‘snorkelling with manatees’ trips, which we jumped at the chance to do. It was April, so most of the manatees had migrated, but we were lucky enough to encounter a few of the remaining ones, including a mother and daughter.

As soon as we had a sighting, we slipped into the water from our boat and, with the help of buoyancy wetsuits, floated next to each manatee, absorbing their easy movements and rhythmic eating of canal vegetation.

The tours aren’t limited age-wise, as long as you’re comfortable in the water, but our guide did recommend kids be five or over, so as not to disturb the manatees with loud noises or splashing around.

Our final stop was Daytona Beach, a two-and-a-half-hour drive from Crystal River on the state’s east coast. Here, we raced in a NASCAR, paddleboarded with dolphins and went nature-spotting down the river with St Johns River Eco-Tour boat cruise.

Daytona International Speedway, home to the most prestigious race in NASCAR, the Daytona 500, is a sight to behold. It’s absolutely enormous – so gigantic, in fact, we needed a golf buggy to drive us around the grounds for the tour. But tour aside, the best part of the excursion was when I got to throw on a jumpsuit, wriggle through the window of a NASCAR, give my driver the thumbs-up and be whooshed six laps around the track. 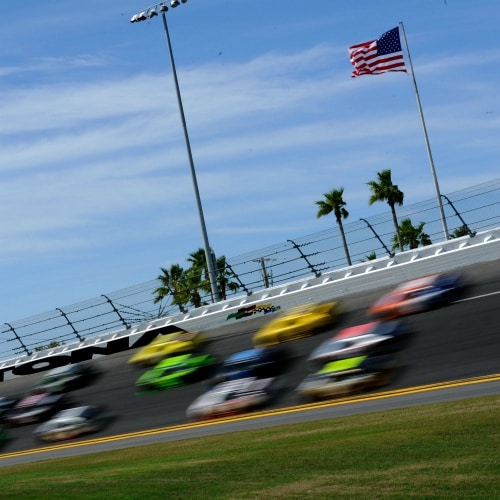 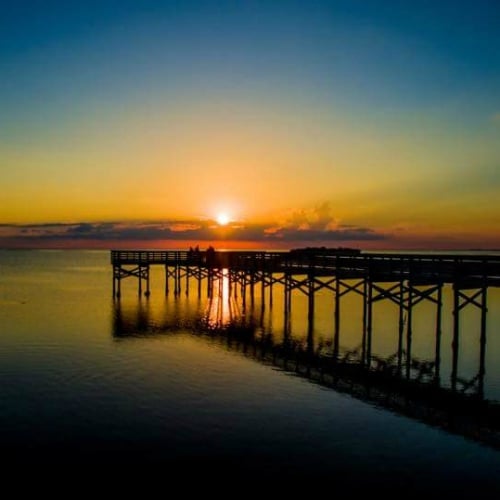 To top off our activity-packed trip to Florida, we paddleboarded around Daytona Beach with Three Brothers Boards. The majority of our group had never paddleboarded before, and the guides were very patient with us while we got to grips with it. Luckily, it was easier than it looks. As we drifted along, we happened across three dolphins playing just a few metres from us – a surreal sight.

So, now I’m home after swimming with manatees, riding in a NASCAR and paddleboarding with dolphins, the only question I have is: when can I book another trip to the Sunshine State?

A Universal Orlando 3 Park Explorer ticket from Attraction Tickets Direct costs from £249 per adult and £239 per child, including 14 days’ unlimited admission to Universal Studios, Islands of Adventure and Volcano Bay. 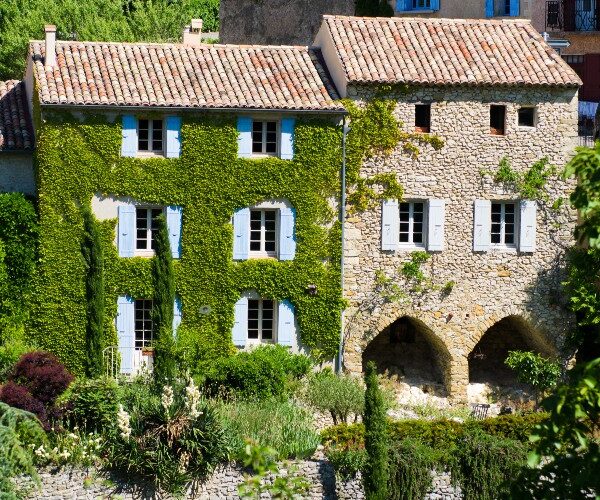 Provence for parents: how to visit France with kids this Easter 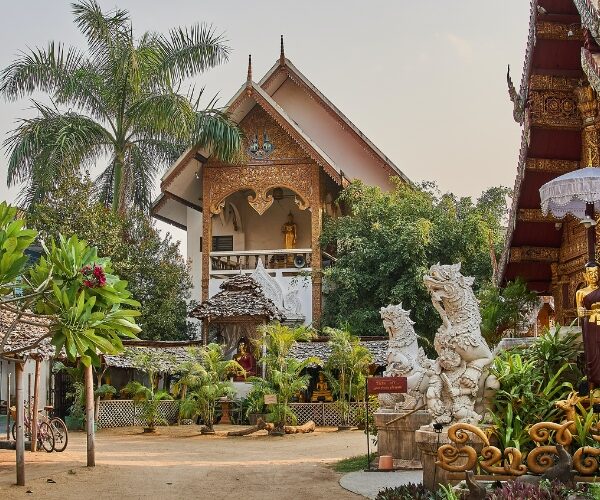 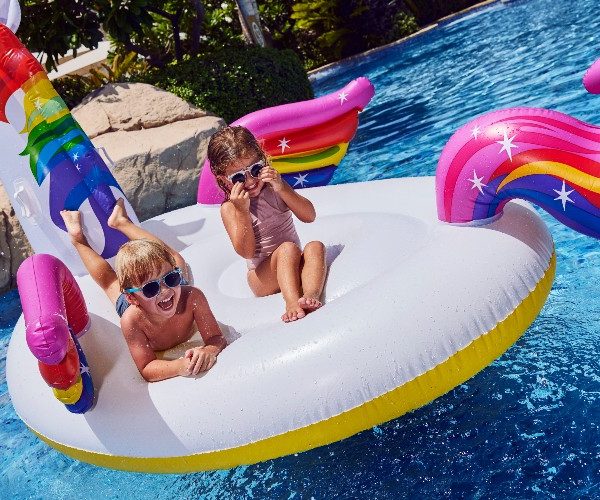 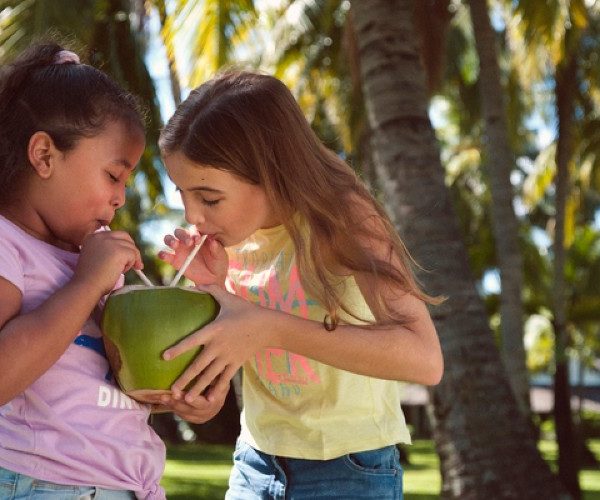 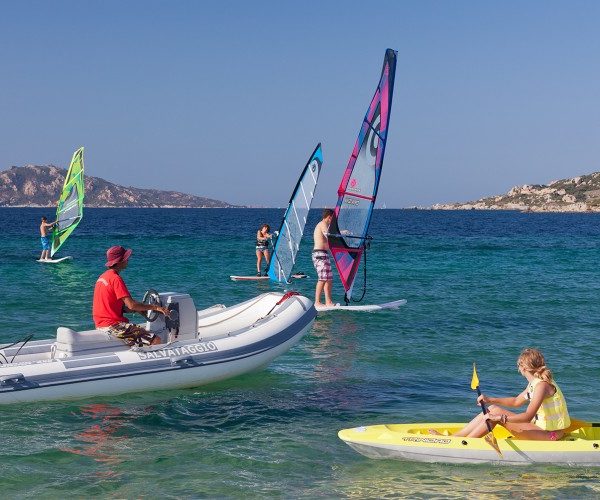 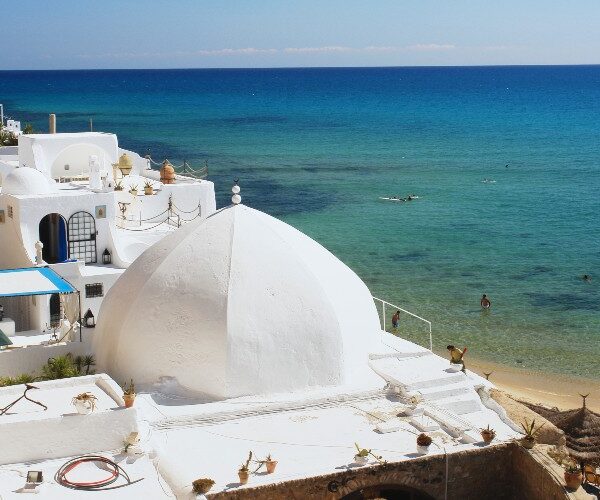 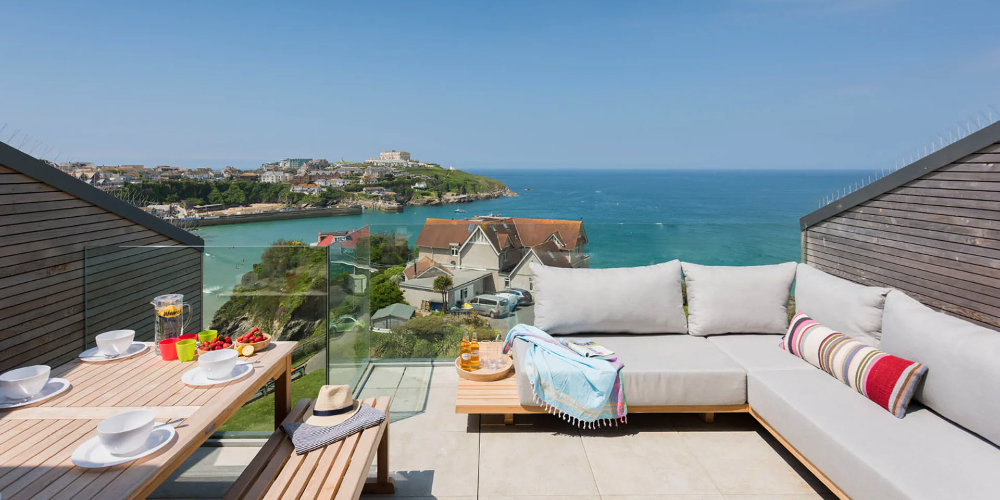 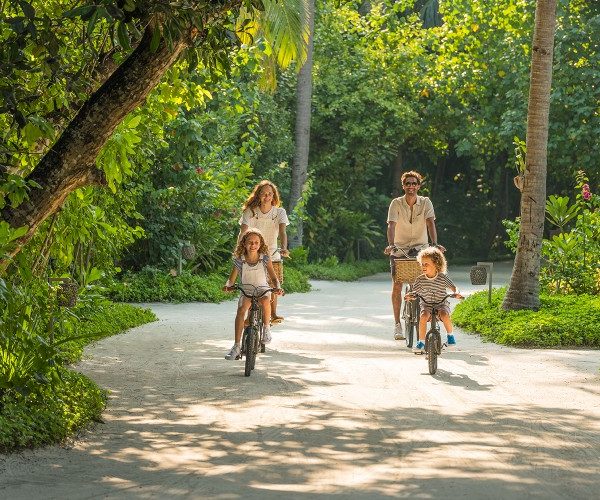 The Maldives: explore two chilled and gorgeous resorts made for family holidays 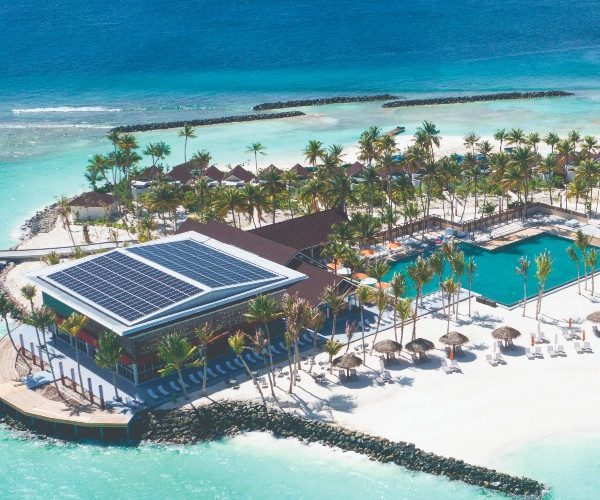 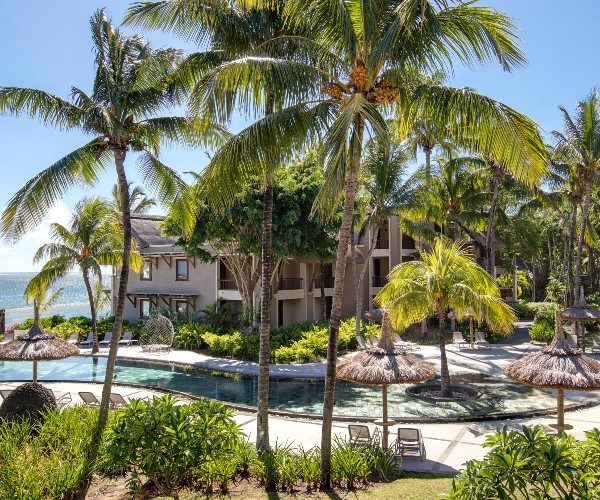 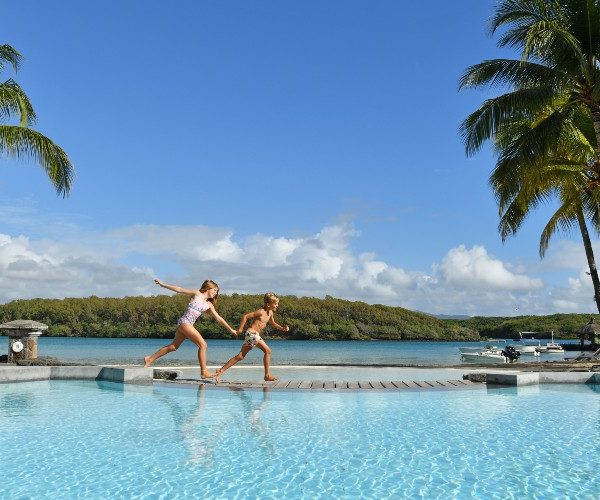 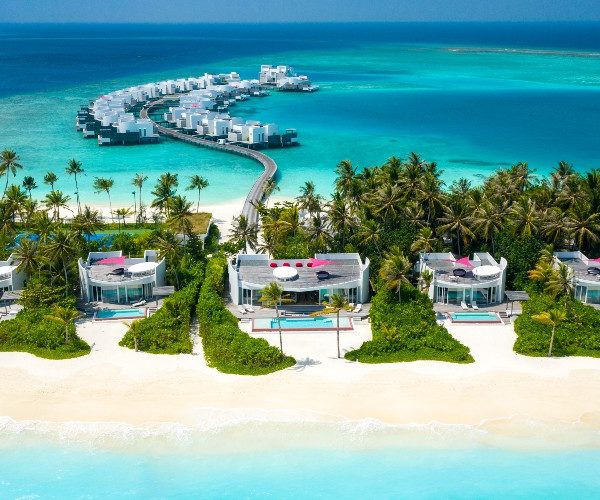 Fun for all on the shores of Jumeirah Maldives Olhahali Island