After a flight to Antalya Turkey that practically flew by, Family Traveller’s John Lewisohn checked into NG Phaselis Bay ultra-all-inclusive resort to find out why families in the know are heading east on the Turquoise Coast right now. 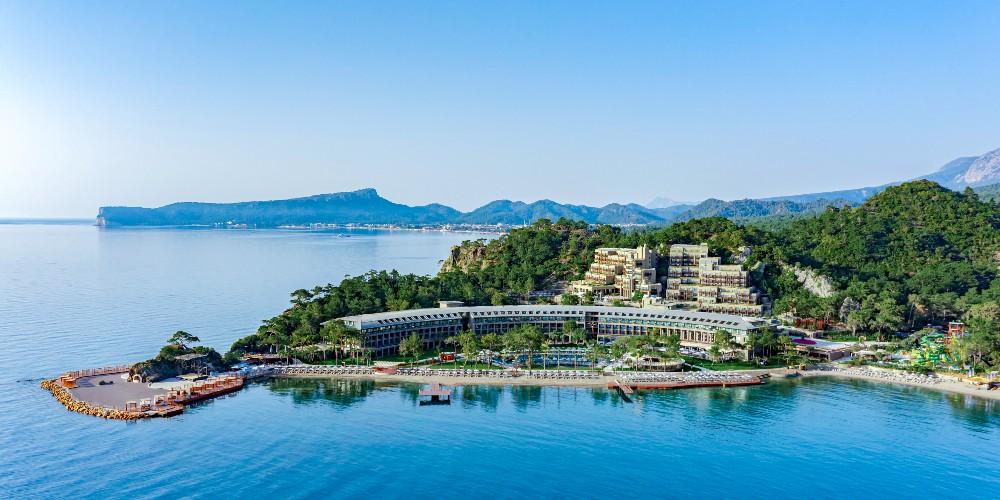 On a map, the Turquoise Coast of Turkey seems to go on forever and it all looks so enticing. So how is a family to decide which part to visit ? Turkish Riviera resorts accessed from Izmir Airport such as Kusadasi, Bodrum, Marmaris and Fetiyhe are well known. But further east, around the large port city of Antalya, are some lesser known resorts such as Kemer and Belek which have become popular over the past decade thanks to a proliferation of world class golf courses.

Indeed, during our check-in for Antalya there were dozens of passengers carrying golf bags. However, our destination, NG Phaselis Bay near Kemer, is not so well known to UK visitors, although it should be.

It’s a four hour 30 minute flight to Antalya from the UK, which went very quickly on Turkish Airlines thanks to a hot meal, modern seats and personal video screens. Unfortunately the return British Airways flight from Antalya Airport didn’t even have reclining seats, let alone a hot meal or video screens. 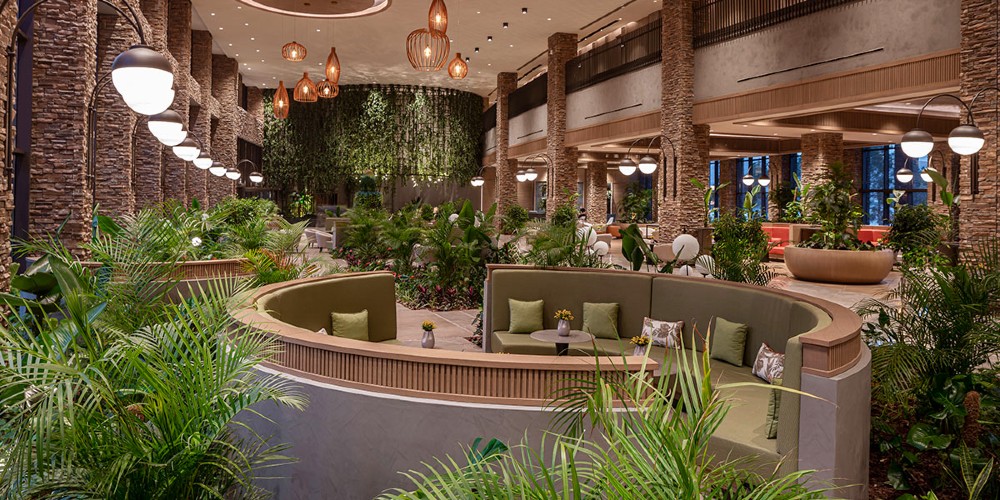 NG Phaselis Bay, near neighbour to Antalya, and a world of its own

NG Phaselis Bay is set on the Lycian Peninsula, just 40 minutes drive south of Antalya. Its beautiful backdrop of the Taurus Mountains is framed by green pine forests which carry an exotic, hot, resin-y fragrance on the sea breeze. The lobby gives an idea of the scale of the property as it’s large enough for a mini Kew Gardens of exotic planting flanked by floor to ceiling glass walls and coloured glass sculptures.

The hotel only opened in April 2021, so service and facilities are all top-notch. With 480 rooms and close to 20 restaurants it’s still easy to navigate and there’s no need for the golf carts that some resort hotels of this size demand.

The hotel has an “ultra-all inclusive” package and is true to its word. There are glasses of champagne on tap in the lobby. If you still have an appetite after dining at one of the many top class restaurants, you can help yourself to seriously good patisserie. Themed food trucks are dotted around the sea front and there’s a complimentary kids club.

I’ve visited many an extravagant breakfast buffet, but just touring the various booths at NG Phaselis Bay felt as if it would add mileage to my Pacer app. The choice is enormous, and the range definitely reflects the resort’s broad appeal. Boiled Brussel sprouts and buckwheat anyone? Personally I preferred the many yoghurts and pastries.

The breakfast restaurant serves up equally expansive lunch and dinner buffets. Alternatively you can opt for one of several à la carte restaurants and you don’t need to book in advance. I mention this because it’s very unusual in all-inclusive resorts, and very welcome. The buffet is of course a good choice for families with all kids’ favourites on offer. 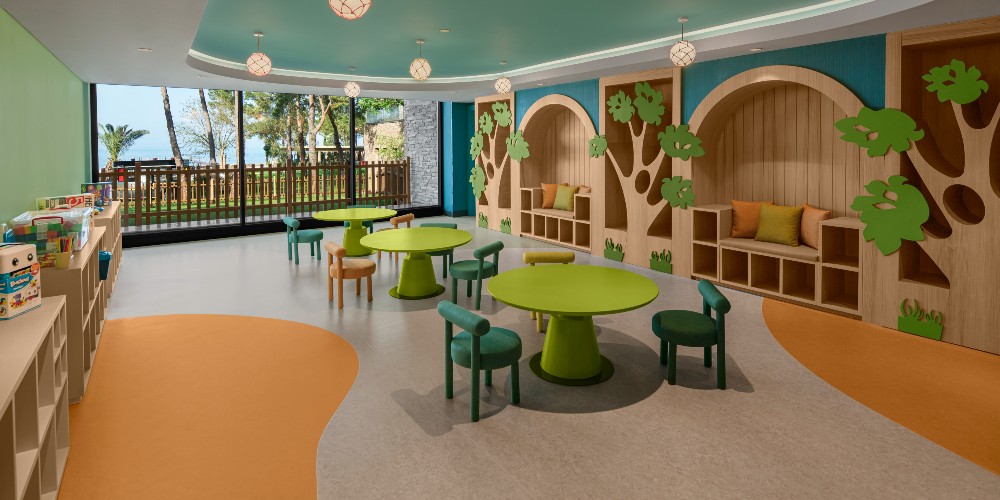 The colour palette of the hotel is muted, using a lot of stone quarried from the owners’ mines. All rooms are generous in size with walk-in showers and wonderful views either of the sea and mountains or lovely gardens.

If you want to splurge there are a number of multi-storey pool villas. However, with the mill-pond calm sea and several resort pools, some reserved for adults-only, there’s plenty of aqua fun available even if you don’t splash out on a villa.

Indeed, hidden away near the Beluga kids club, there’s even a waterpark with great slides, some of which are understandably reserved just for kids as adults can’t be trusted to resist!

In my experience, Beluga kids club is right up there with the best  The fun activity programme changes weekly so there’s no repetition. Staff are multi-lingual and the club is arranged into different age groups. It has long opening hours too, which is a boon as many clubs shut in the middle afternoon. Although the majority of activities are outdoors, when it gets seriously hot in July and August, there’s also a great indoor space and plenty going on during the sweatiest part of the day.

Even with high occupancy rates NG Phaselis Bay never feels crowded and it’s always possible to find your own space at one of the many pools surrounded by luxuriant greenery. Or you could seek out  your own stretch of beach. We were there in May and the sea was already 20°, limpid calm and turquoise clear, although the sand on the beach is perhaps a little too coarse for sandcastles. The most secluded coves are Beluga Bay and Secret Bay, which you might end up having to yourself. 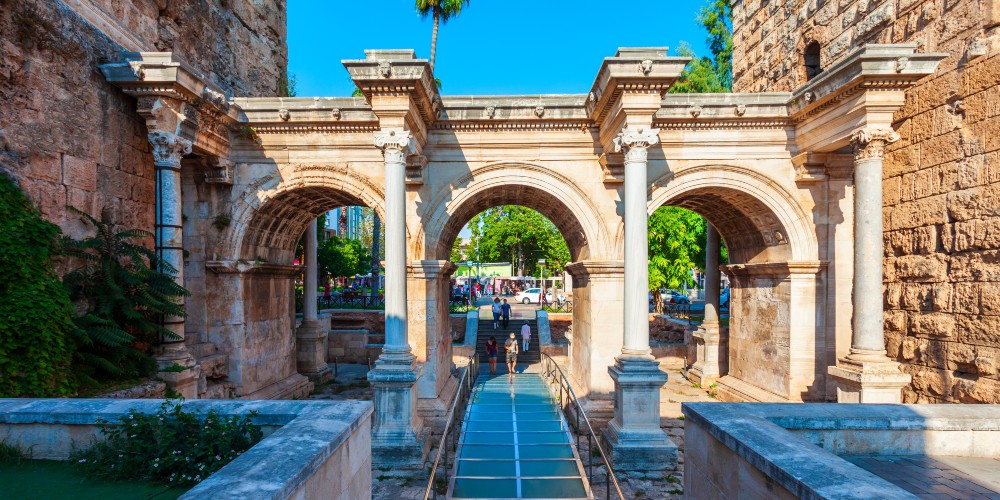 Things to do in Antalya and around

However, no matter how wonderful the hotel, it’s always nice to change the view occasionally and see some of the local area. Nearby Kemer has a dinopark which will appeal to younger kids. Or, if you feel like a longer day out, you could try a half-day trip on the Olympos Cable Car to the summit of 2,265m high Tahtali Mountain.

Think about spending some time in Antalya too. The views of the Taurus mountains framed by the Old Harbour here are quite something. And if you climb up into the Old Town you’ll find warrens of shady avenues and small squares lined with shops. Although a lot of what’s on sale is tat like football shirts and fake designer bags.  The Old Town is known as Kaleici and its architecture spans Roman, Byzantine, Seljuk, Ottoman and modern Turkish eras. Hadrian’s Gate is a triumphal arch built in honour of the Roman Emperor who visited in AD130. It’s the only remaining gate in the City Walls which surround the Old Harbour and Old Town and will certainly appeal to children’s imagination. 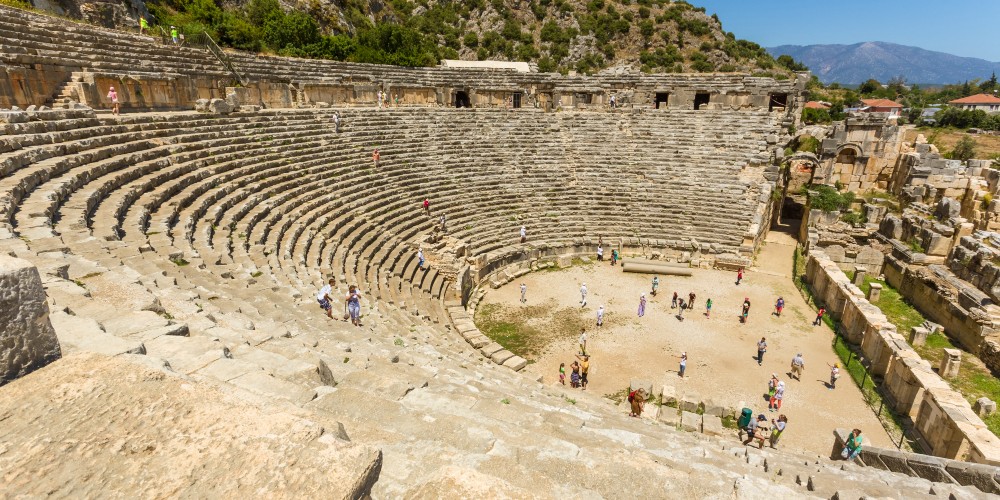 Another half day trip worth considering is a snorkelling trip to Demre. It’s unusual in that on-route to the snorkelling site you sail over the ancient sunken city of Simena at Kekova island, which you can clearly see through the transparent panels in the bottom of the boat.

Snorkelling in crystal clear waters is pretty good but be warned, bring your own mask and snorkel. The boats do not provide them. Your tour may also include a visit to the ancient Greek city of Myra, the birthplace of St. Nicholas aka Santa Claus aka Father Christmas. Naturally, there’s a St. Nicholas museum in Myra, as well as an 11th Century church, impressive rock-cut tombs carved into the cliffs and an amazing Roman amphitheatre, which is like a smaller version of the Colosseum only without the tourists.

Some of these activities are more manageable with children in the late Spring before temperatures soar towards the high 30s. Autumn weather in Antalya is quite a bit milder as well. In July and August, however, you’ll probably be more than content with the warm embrace of NG Phaselis Bay and the genuinely friendly and efficient team who understandably take great pride in welcoming guests to their stunning hotel.

Take a closer look at NG Phaselis Bay and see for yourself why Family Traveller highly recommends its ultra-all-inclusive breaks for families with kids.