Step away from the equator. Easter’s in April this year and it’s hot enough on a lot of European beaches to shed your winter woollies and get frolicking in the sea without the pain of a long-haul flight. Here are seven quite close and not too costly family holidays to think about for starters. 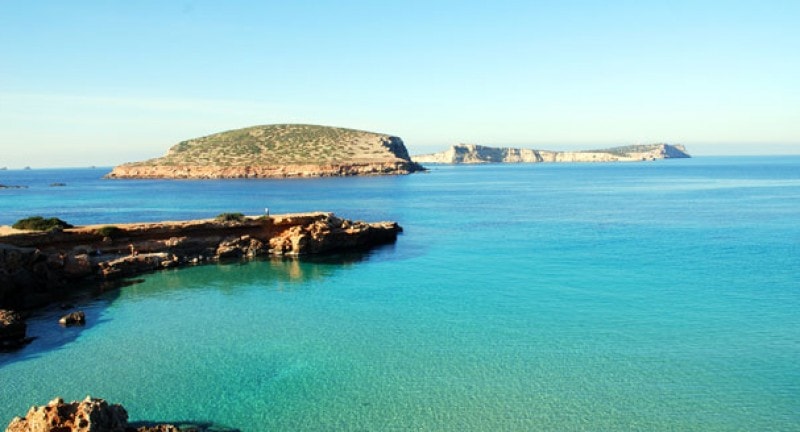 The party doesn’t get started on Ibiza’s north west coast until well into July. Turn up for Easter and the beaches are clear of clubbers sleeping it off; the weather’s 23˚ and climbing; sea’s safe for water sports and Saint Antoni is just lively enough to like.

Torrent Bay Hotel’s in Port d’es Torrent, a sleepy little suburb just west of Saint Antoni with fabulous golden sands and not much else. But water taxis run day and night so you can visit Ibiza Old Town and other resorts round the coast in no time. Or you could go with the holiday vibe, relax and not do anything at all.

Price: £697 for seven nights including return flights from Gatwick. Based on two adults and two children sharing a self-catering one bedroom apartment in Port d’es Torrent, Ibiza. 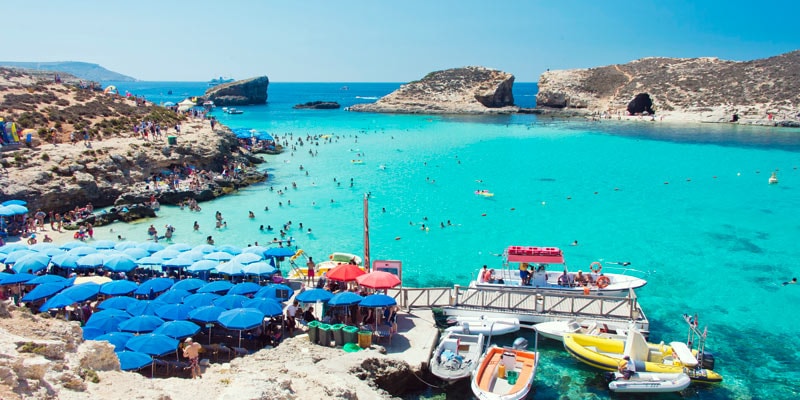 Club Salina Wharf Aparthotel is minutes from the waterfront, close to the town centre and 10 minutes drive from big northern beaches. Valletta’s fun to explore just half-an-hour away and the ancient medieval capital of Mdina’s nearby too. You can easily island hop to bike-friendly Gozo from Qawra or sail to tiny Comino and laze around the legendary Blue Lagoon.

Price: £1062 for seven nights including return flights from Luton. Based on two adults and two children sharing a self-catering one bedroom apartment in Qawra, Malta. 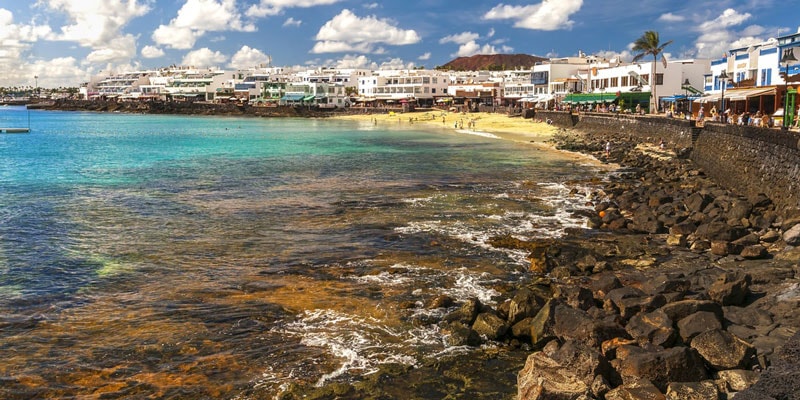 Family of four, 11 April for seven nights all-inclusive from £1621

Where better to spend Easter than the most easterly Canary Island? Lanzarote’s just 125km off the west coast of Africa and looking forward to temperatures of up to 24˚ this April. Perfect for a warm and sunny week in Playa Blanca; the pretty south coast resort close to Papagaya Beach and, closer still, to Timanfaya National Park.

Rio Playa Blanca Hotel has sea views, lush and secluded gardens, two swimming pools and a kid’s waterpark. Flamingo Beach is just minutes away and nearby Playa Blanca town’s where to find several of Lanzarote’s best restaurants now. Daily sailings to Fuertaventura let you mix up islands if you want or you can stay put and find out why your own’s a UNESCO World Biosphere.

Price: £1621 for seven nights including return flights from Gatwick. All inclusive and based on two adults and two children sharing a one bedroom bungalow in Playa Blanca, Lanzarote. 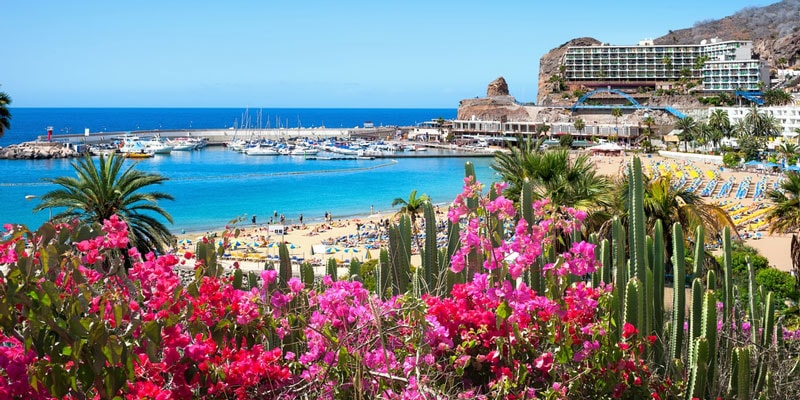 Terraza Mar Suites overlooks Puerto Rico’s pretty harbour from a hillside vantage point so the ocean view’s wide, clear and all the way to the horizon. The town centre’s just a short walk away, if you want a break from lazing by the pool or playing on the beach.

Price: £1412 for seven nights including return flights from Gatwick. Based on two adults and two children sharing a one bedroom apartment in Puerto Rico, Gran Canaria.

Ancient Paphos is European Capital of Culture 2017, so Cyprus is guaranteed to be busy this summer. Get in for Easter and you’ll miss the crowds. There’s still plenty to see, temperatures are about 23˚ and high-season prices don’t apply.

Coralli Spa in Protaras overlooks the sunny, south coast. It’s not far Larnaca and Ayia Napa so a good choice for teenagers and older kids. But if you aren’t interested in exploring historic ports or giving waterparks and funfairs your best shot, the hotel pool’s lovely and minutes from the beach.

Price: £1094 for seven nights including return flights from Gatwick. Based on two adults and two children sharing a self-catering one bedroom apartment in Protaras, Cyprus. 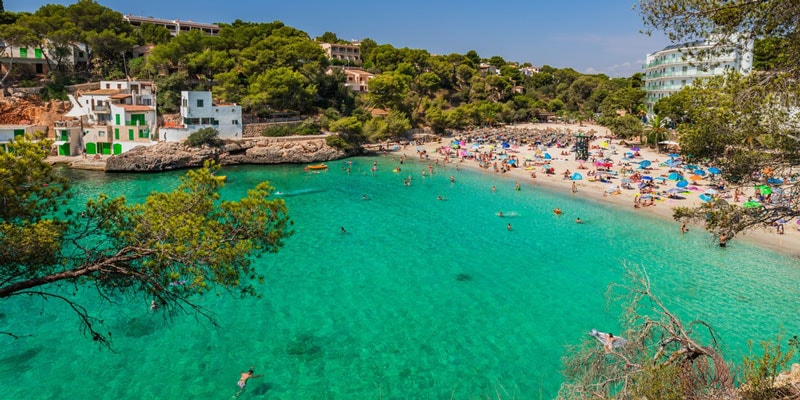 Think about Santanyi for Easter. A tiny medieval town tucked away on Mallorca’s south east coast, it’s beachy and relaxed, topped off with 24˚ temperatures and not too far from Palma or Magaluf – depending on whether you want an elegant island capital or wild waterpark action.

Price: £860 for seven nights including return flights from Luton. Based on two adults and two children sharing a self-catering one bedroom apartment in Santany, Mallorca. 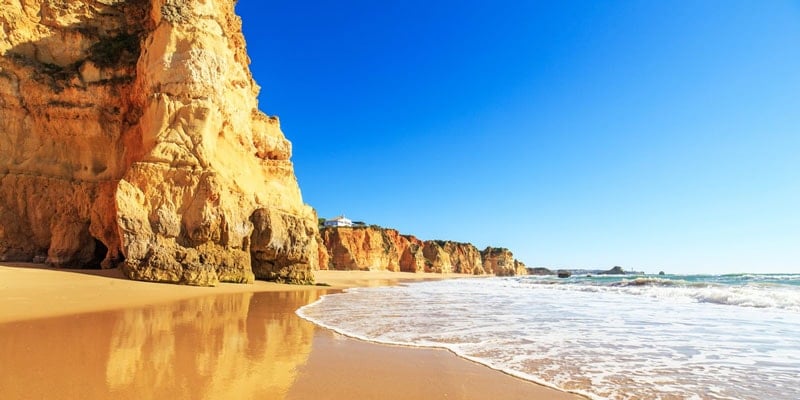 Family of four, 12 April for seven nights all-inclusive from £845

Praia de Rocha’s best of all worlds this Easter: not too far from the bustle of Albufeira and Faro but closer still to charming Lagos. The resort beaches are typically Western Algarve and if they aren’t dramatic enough, cliff stacked Praia de Marinha’s nearby too. Or you could go full explorer in best Portuguese tradition and head for the wilds of spectacular Costa Vicenta park on the west coast.

Clube Vilarosa’s a cheerful holiday village, close to the beach and a short distance from Portimao. It has its own kid’s club and activity programme, two swimming pools and pretty gardens with great sea views – naturally.

Price: £845 for seven nights including return flights from London Southen. All-inclusive and based on two adults and two children sharing a one bedroom apartment in Praia de Rocha, Western Algarve.

Not planning a break for Easter? Find out where’s good to go all year round with the ultimate family holiday calendar.