Travel responsibly these days and you’re bang on trend: responsibility is right up top with adventure and activity on the family holiday wish list now. But how easy is it to fit a clean conscience into a fun time for kids?

It seems that Spain is ahead of the curve in Europe. Not only is it a long standing advocate of agritourism, land of the eco-friendly Parador, and home to some of the world’s most astonishing national parks, it’s managed to give everything from whale watching to stargazing an eco-slant.

Have a look at how easy it is to play all over Spain this summer, and take nothing home but amazing holiday memories – and a few thousand Instagram likes: of course. 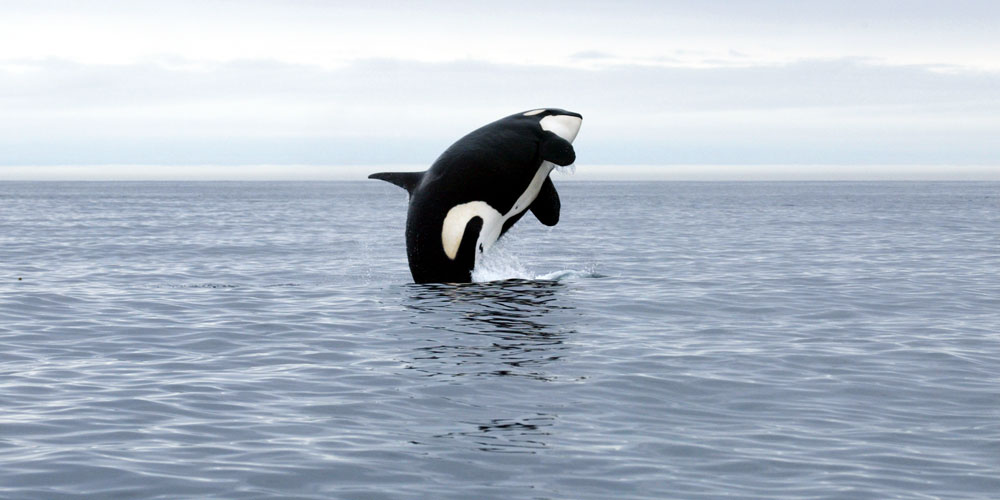 Whales like Tenerife almost as much as families: 21 different species migrate along the island’s west coast every year. Which means there’s a good chance of spotting the likes of Minke, Orca, and Sperm Whales, even in summer.

Family-friendly eco-cruises sail from Puerto Colon from March to October. Just 10 passengers in each tour is a good size for kids, and smaller boats don’t disturb whales. Guides are qualified, multi-lingual marine biologists, and there is specialist audio equipment on board too, so whales can be seen, and heard. 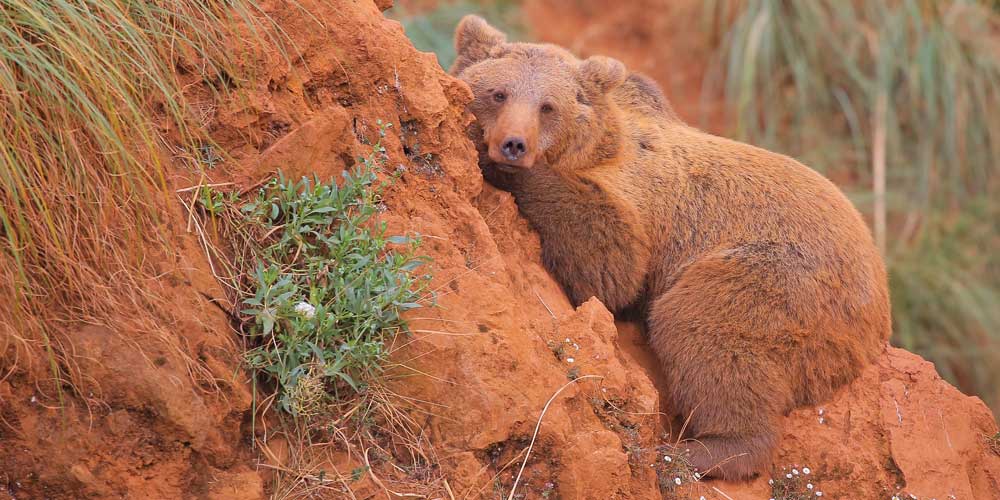 Take a low-impact look at Somiedo Natural Park in northern Spain. It’s a UNESCO World Biosphere, tucked into the beautiful Cantabrian Mountains, and one of the best places in Europe to spot wild Brown Bears and Iberian Wolves in spring and summer.

A full-day guided safari is fascinating for kids. Apart from the chance of spotting bears and wolves in their natural habitat – often with cubs – they’ll learn how to identify animal tracks, and signs of activity, find out about the park’s conservation work, and have time for a tour of the fascinating Somiedo Brown Bear House too. 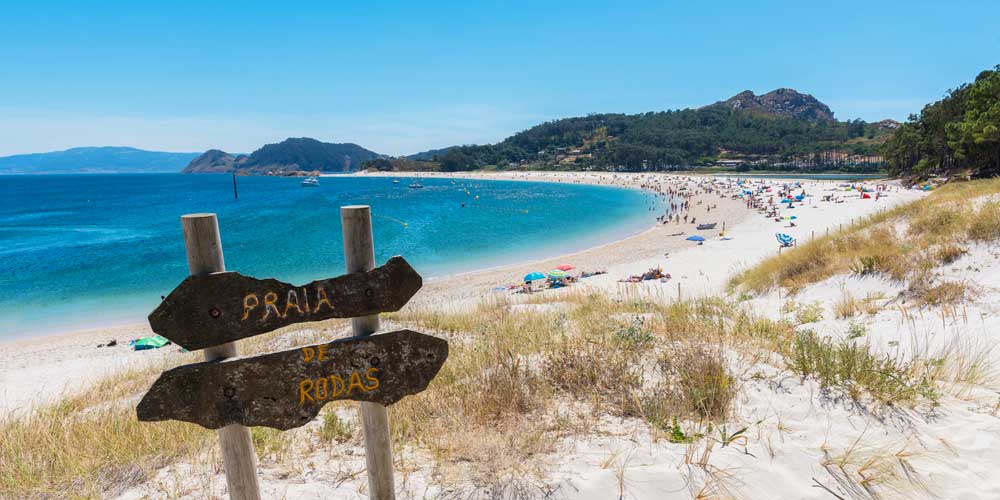 3/6  Galicia: eco-camping on the Cies Islands

Sail out into the Galician Atlantic Maritime Reserve during summer and explore the Cies Islands. This tiny archipelago is known as ‘Spain’s Seychelles’, and the long white beaches and lovely lagoons are similar. But, unlike the Seychelles, these eco-icons are uninhabited, car-free, and limit visitor numbers.

If a day isn’t long enough, come stay in a ready-pitched tent at the Cies campsite. It’s in a conservation area, but two excellent local restaurants keep you from going hungry. And the beachfront location on Praia de Rodas, one of Condé Naste Traveller’s top 10 best beaches in Europe, makes it the most popular campground in northern Spain, so advance booking is essential.

Where: 40 minutes by ferry from the Galician port of Vigo in north west Spain.

When: Ferries to the Cies Islands run daily from Easter to September. 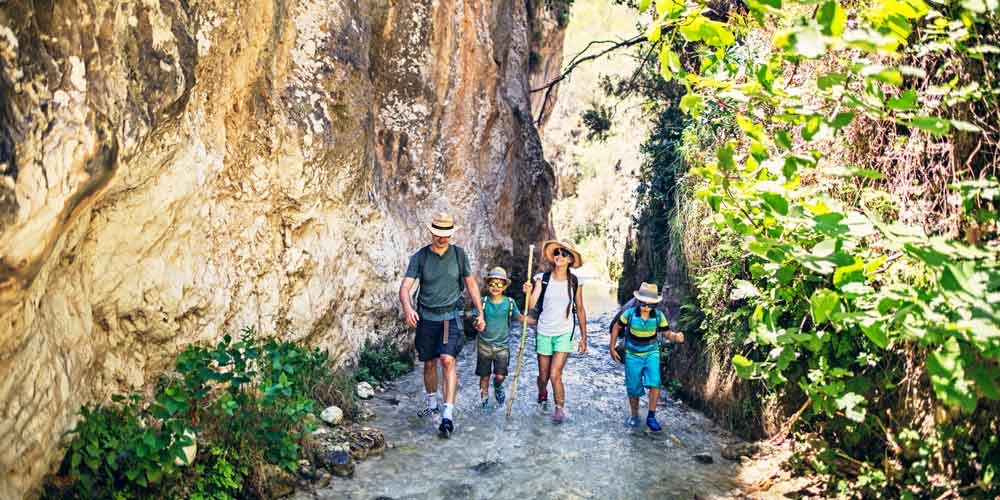 A 16km summer hike in Andalusia is a cool eco-adventure with kids, when you walk most of the way with your feet in water. The Rio Chillar flows down through the Sierra de Tejeda to Nerja on the Mediterranean, and local families have walked its course in July and August, for generations.  So don’t be surprised to spot all ages, from toddlers to octogenarians, trekking through the river’s shallow waters, snaking along its gorges, clambering over rocks, and splashing around in natural swimming pools, and waterfalls.

When: Best during July and August when the Rio Chillar is at its lowest level. 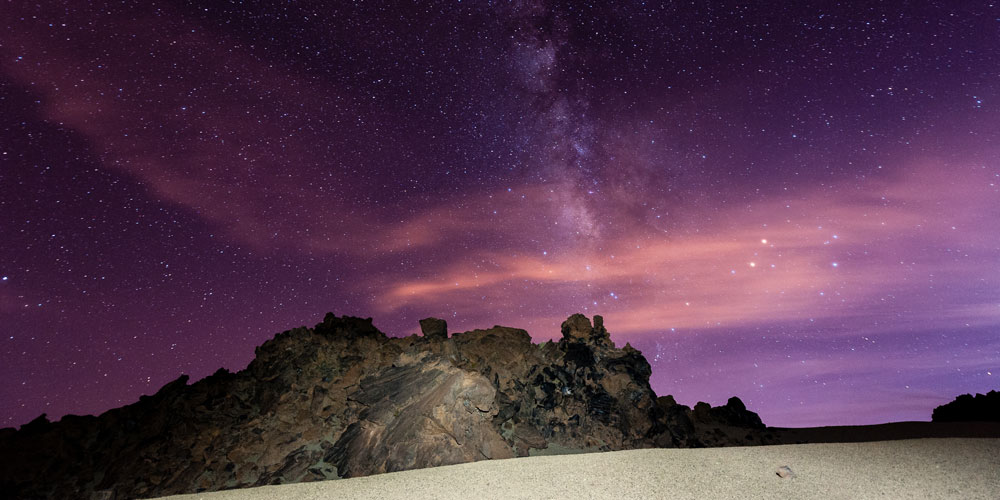 As far as low impact goes, it’s hard to beat gazing in silent awe at the star-filled night sky from the top of Spain’s highest mountain. 83 of the 88 constellations can be seen from Mount Teide and, in summer, it’s a meteor shower hotspot, as well as one of the best places in Europe to witness super-moons and glimpse Saturn and Mars during August.

Cost: From £50 per person, including transport from south coast resorts. 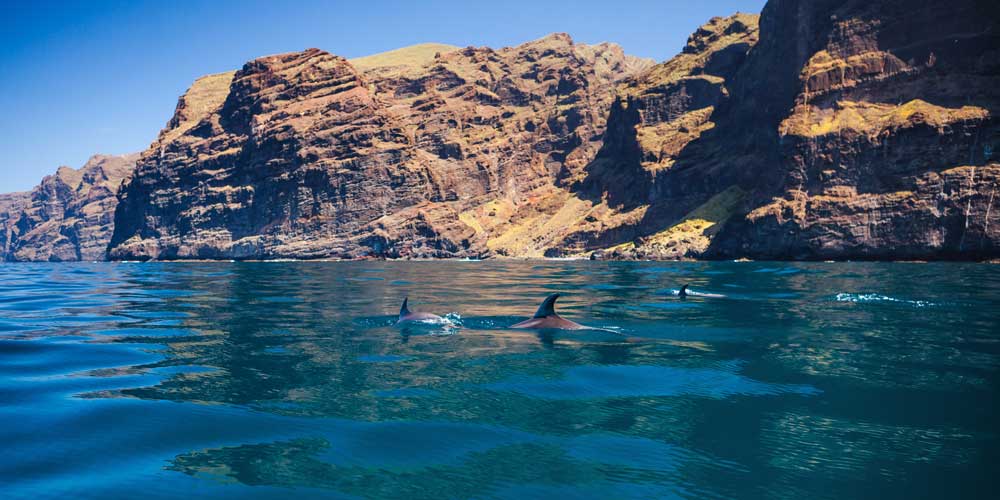 Testimony to the clean, warm Atlantic waters, Tenerife has dolphins in residence year round off its west coast, and the best way to see them is on silent, sea kayaking tours.

The aim is to create as little disturbance as possible and slow gliding kayaks are all about peace, quiet and staying still long enough for curious cetacean to make their appearance. Tours are guided by local experts who are so confident that careful kayakers will see dolphins that, if you don’t, they’ll take you sailing again for free.