seonaidmcgill
21st January 2022
A Canary Islands guide to the best of Spain’s sunniest islands right now is just what you need with half term on the horizon. We’ve explored five of the top Canaries for all types of family breaks this year and found you great value resorts to book too. Take a look. 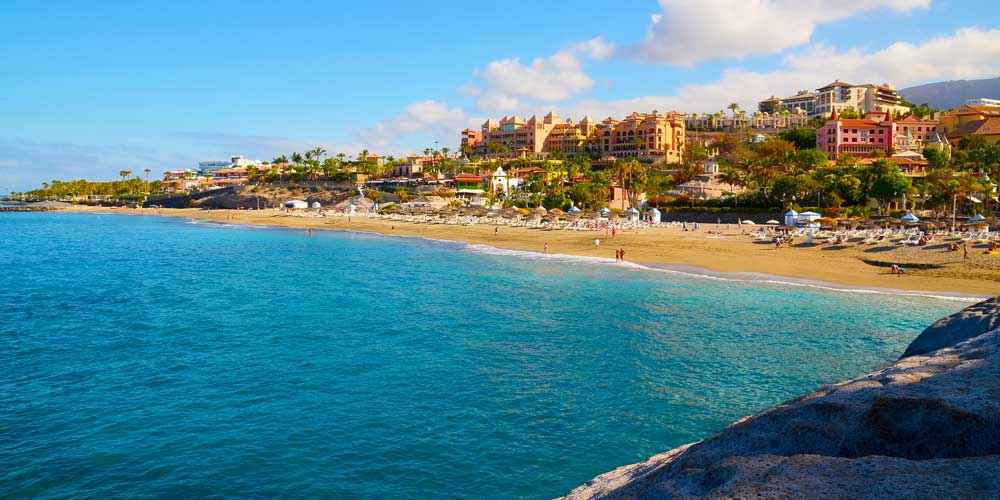 Tenerife is the largest of the Canary Islands and a great all-rounder for multi-gen family holidays. Kids love the beaches and theme parks, especially in the sunny south. But the balance of lively resorts and more authentic towns and villages, goes a long way to keeping everyone happy, even on the busiest coasts. You’re never far from untamed landscape anywhere in Tenerife and most of it’s amazingly accessible. A wide choice of places to stay, from large holiday villas to five-star resorts is another plus point in the multi-gen mix. Then add in the long, hot summers – or warm winters – and it’s easy to see why it’s top in our Canary Islands guide for bigger than average families. 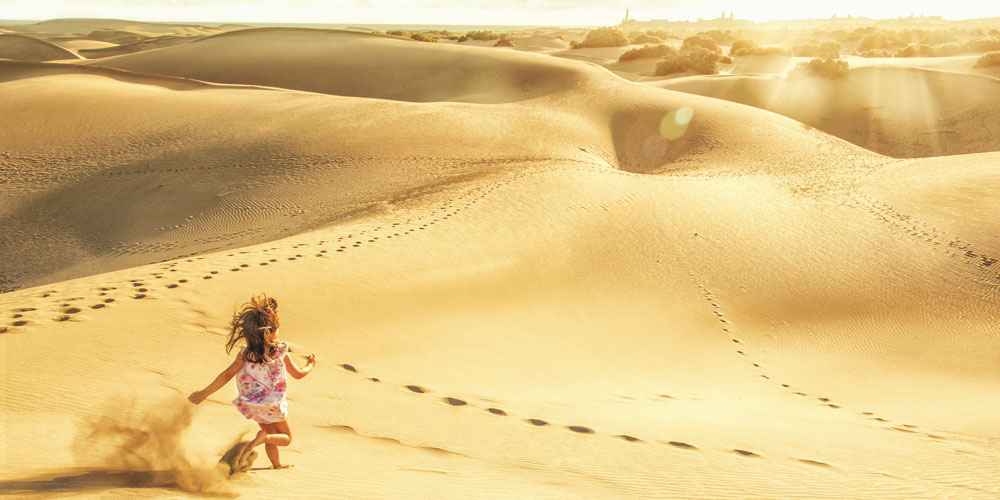 Gran Canaria is often called, ‘a continent in miniature’ and it’s not too much of an exaggeration. The number 2 in our Canary Islands guide has over 70km of beaches. It’s home to the mighty Maspalomas Dunes – a top Spanish contender for the ‘New Seven Wonders of the World’. And if you tear yourself away from the coast, the interior’s an enormous mountainous playground for climbing and biking, hiking and just about anything else the more energetic than average family can dream up. 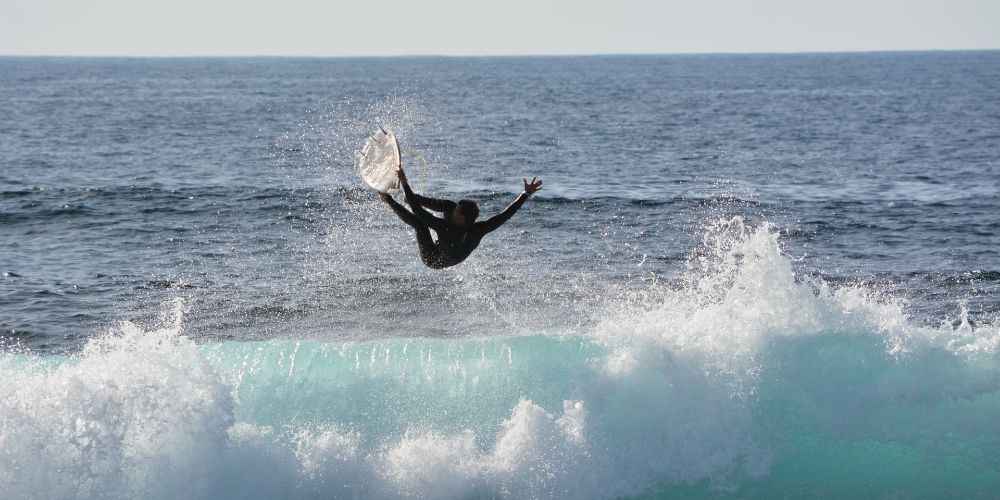 Lanzarote is known as the ‘island of eternal spring’ because of the amazing weather. It’s closer to North Africa than it is to Spain and temperatures can easily hit 35˚ in July and August. Heat doesn’t stop play here for a second. The west coast is a magnet for serious surfers and top spot for surf schools and camps. Cyclists rave about the island’s smooth roads – and its challenging climbs – so there’s a pick of biking adventures here. You can even pedal peacefully along car-free coastal paths. And, because much of the island is also a protected biosphere – the part that isn’t immense Timinfaya National Park – it’s a spectacular destination for walking and hiking too.

Why choose Lanzarote for family holidays with teens? 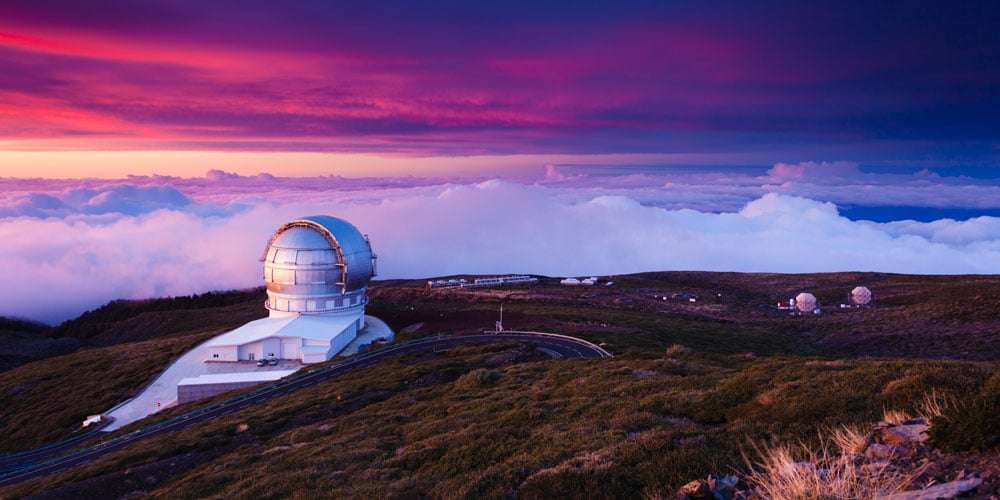 La Palma is said to be the prettiest of the Canary Islands, it’s also the least touristy and more given to unspoiled nature than theme parks. The capital, Santa Cruz de la Palma would look perfectly at home in the 18th century. And the entire island is a biosphere, as well as one of Europe’s Dark Skies reserves. But Palma still keeps up with the rest of the Canaries in terms of remarkable beaches and slightly cooler summer weather makes for easy holidays with younger kids.

Why choose La Palma for family holidays with younger kids? 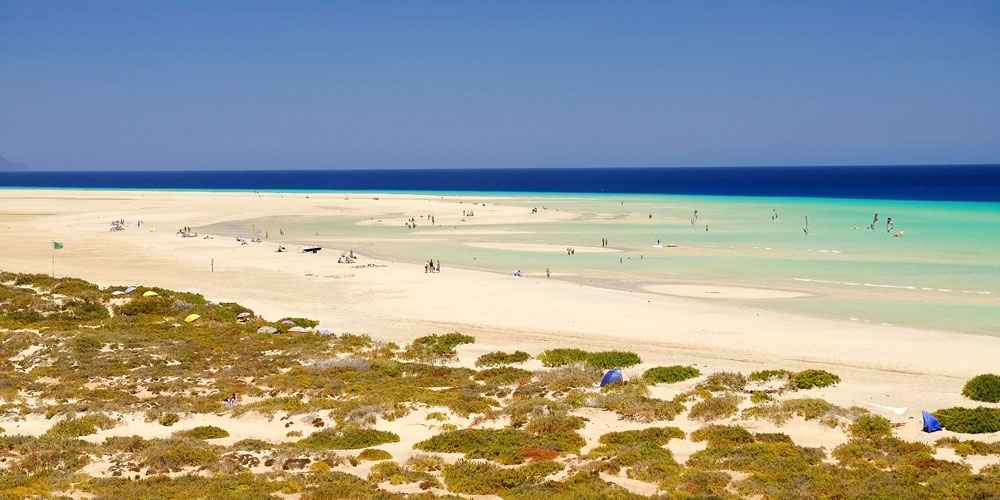 Fuerteventura is the oldest of the Canary Islands and home to over 150km of  beaches – more than any other island in the very beachy Canaries. Just don’t a expect acres of sun loungers and crowded sands. The shores here are wildly beautiful and finding a deserted spot is never difficult. Undeveloped Fuerteventura gives younger kids a lot more freedom than its busier neighbours. Sporty teens love the windsurfing, kitesurfing and plain old surfing here. And soulful families have quaint villages and the charming little city of Betancuria to explore – not to mention the island’s curious collection of ancient windmills.

Find beachfront resorts in Fuerteventura for family holidays with kids

Looking for more half term inspiration? Check out the warmest destinations in Europe right now. And don’t forget to follow Family Traveller on Instagram and Facebook for travel news and ideas – or just to say ‘hi’.

Visit Muscat: the vibrant and cultured capital of OmanFind the most fun family rail holidays to thrill kids this year