Hannah Vanstone won our competition to be appointed ‘Head of Wonder’ at Efteling in Holland. Family Traveller follows Hannah on her prize trip to the magical theme park

Earlier this year, eight-year-old Hannah Vanstone was crowned ‘Head of Wonder’ of the enchanting Efteling Theme Park in the south of Holland, after winning a Family Traveller competition with her inspirational idea for a Princess Pea House Ride.

As well as the prestigious title, Hannah also won a trip to Efteling with her parents, Emma and Stephen, and her siblings, Zachary, 11, Sydney, 10, and baby Charlie, aged one, travelling by Eurostar and staying in the Efteling Loonsche Land holiday village.

Not only did they experience the wonder of Efteling in VIP style, but Head of Wonder Hannah also had the opportunity to go behind the scenes to meet Fons Jurgen, CEO of Efteling,and Karel Willemen, Efteling designer.

Hannah was presented with her Head of Wonder certificate and badge, and was able to explain in person the concept of her ride. ‘I just couldn’t believe it when my mum told me I had won the competition!’ said Hannah. 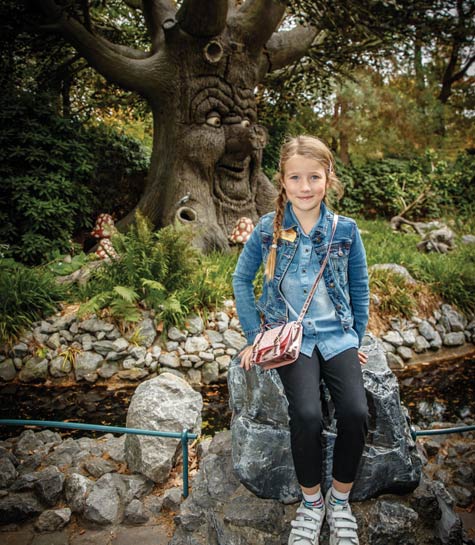 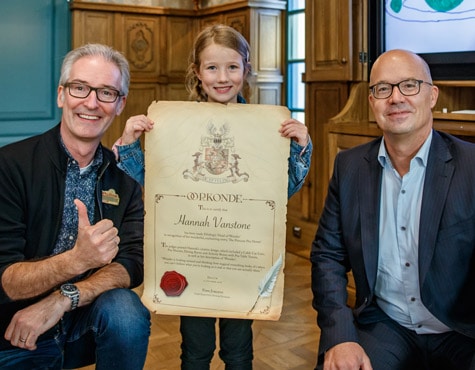 Mother Emma explained: “Hannah worked so hard on her entry and was desperate to visit Efteling, so it was a wonderful surprise. Her inspiration came from the Princess and the Pea fairytale, which is one of her favourites. The features of the Pea House are all the things she would have in her dream house, such as a ball pit and candyfloss machine.

For Hannah, the best part of the trip was receiving her badge and certificate from Fons. ‘It was great fun meeting Fons and Karel. I loved seeing the designers at work in their office, and it made me want to think of more ride designs. I wore my Head of Wonder badge around the park,which made me feel very special.’

Hannah also had a ball operating the George and the Dragon ride –made even more exciting because her big brother was on it at the time –and loved going on Python, her first rollercoaster with a loop! Emma said: ‘We loved staying in Loonsche Land. It was very quiet and tranquil compared with the theme park.

‘The children enjoyed the playgrounds over water, and the littlest member of the family adored the animal enclosure and play area. If we had stayed longer,we would definitely have spent some time exploring the nature area. It was just a short walk through trees from Loonsche Land to the park,which was perfect for calming down after a day of rides. 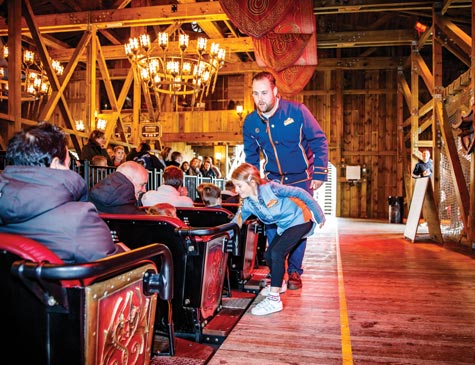 Hannah operates the George and the Dragon ride 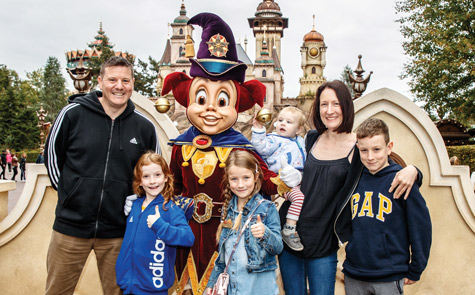 ‘I really liked the quirky little play-park areas that were scattered around. These were perfect for our 18-month-old and fun for the bigger children too.The pancake restaurant Polles Keuken is definitely a must-visit as well.

‘It’s beautifully themed, with the best pancakes we have ever tasted!’ Back home, Hannah has been telling all her friends about her trip and they are very proud of her. She has also taken her badge and certificate into school for ‘show and share’. The teams at Family Traveller and Efteling are very proud of their new ambassador.

Find out more about Efteling and book your magical stay here 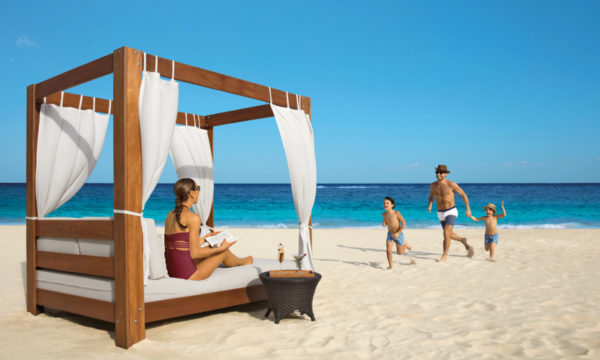 Save up to 30% at Dreams Riviera Cancun Resort & Spa 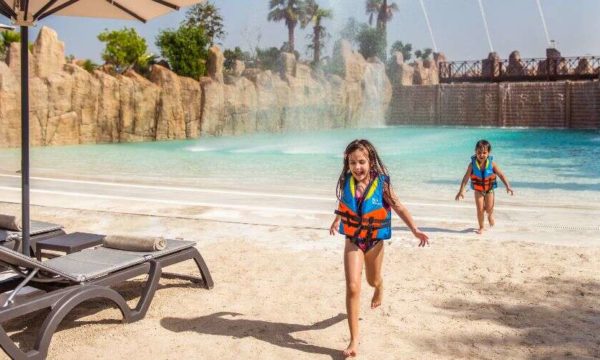 Save up to 45% Rixos Premium Saadiyat Island, Abu Dhabi