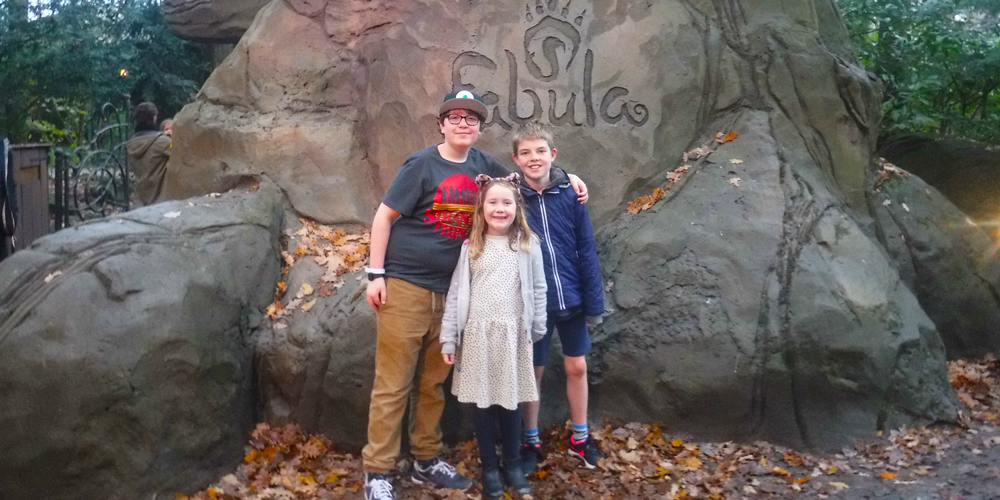 From left to right: Noah, Bea and Ed

Set in a scenic woodland environment, Efteling is the Netherland’s largest theme park and is bursting with exciting rollercoasters, spectacular shows and magical, fairytale-themed attractions. While relatively unknown among British families, Efteling is a fabulous attraction, perfect for a family weekend trip or a week long stay.

Now, the Dutch national treasure has collaborated with Aardman – the beloved creators of Wallace and Gromit – to bring The Bear & the Squirrel, an immersive 4D film involving smells, water and wind effects.

Having already collected a number of awards, it marks the first major venture into the theme park market for the British animation studio and, as huge fans of everything Aardman, we were thrilled to be invited to give our verdict.

Before setting foot in the cinema, our children Noah, 13, Ed, ten, and Bea, seven, had plenty of time to explore the wonderful world of Fabula, the theme park’s latest attraction that has the CGI film as its centrepiece. 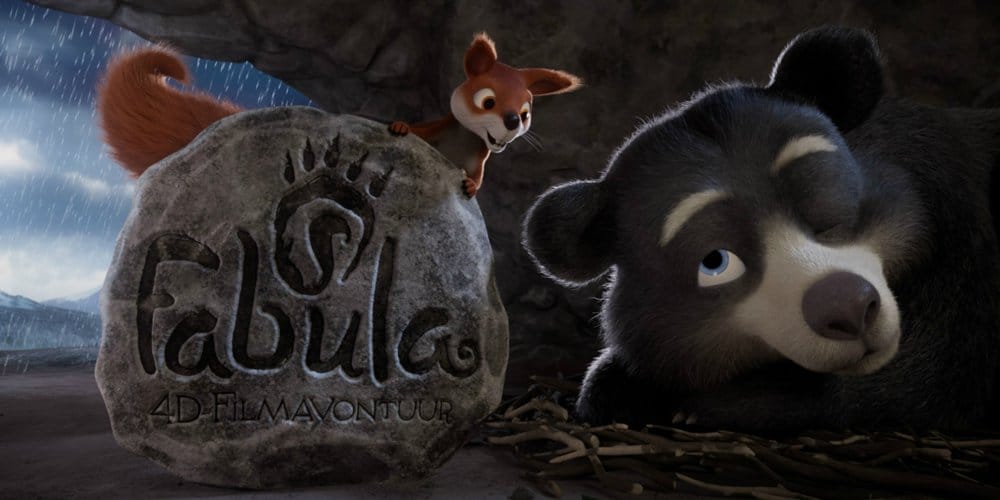 Fabula boasts an indoor playground and restaurant, complete with an ice slide, jungle climbing nets and a Savannah Bar where we eat the most delicious banana cake.

Sufficiently full, we passed through a cave before arriving in the theatre, settling down together under the canopy of a giant tree to enjoy the eight-minute film.

The Bear & the Squirrel follows the story of a grumpy young bear with a reluctance to share and an aversion to being disturbed by any of the other animals in the woods. 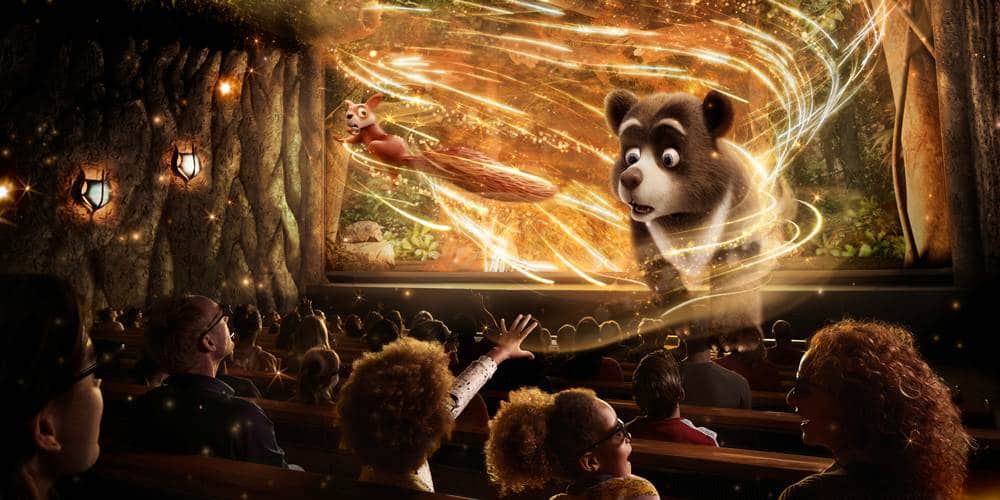 One of Efteling’s favourite characters, Klass Vaak (also popularly known as Mr Sandman), decides the bear needs to be taught some important life lessons by taking him and an inquisitive squirrel on a magical tour around the world. They visit a jungle, savannahs and even the bottom of the ocean.

The 4D effects were spectacular and we were all more than happy to be sneezed on by the squirrel, bounced around in our seats by the bear and even farted on by an ostrich. The whole experience had us all ducking our heads and letting out squeals of delight in equal measure. 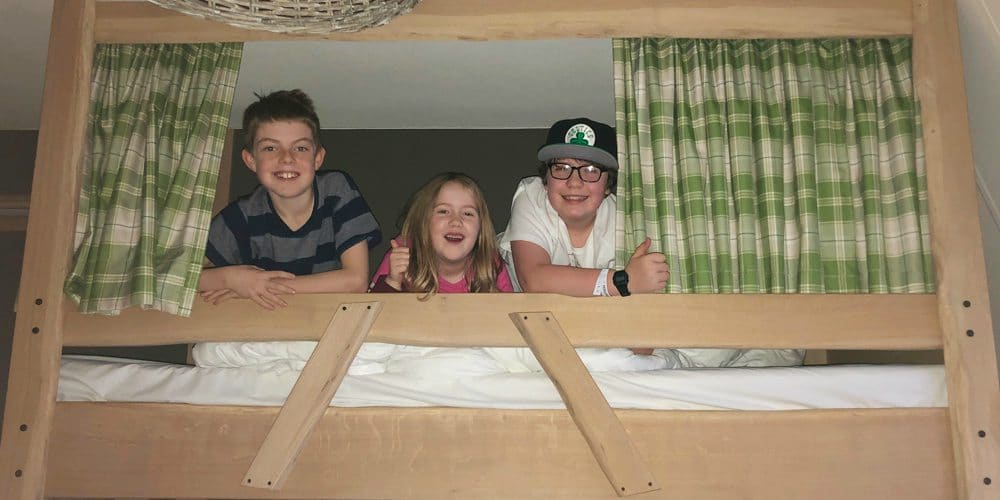 The kids bunk up at Loonsche Land Hotel in the forest

It took us less than three hours to drive from Calais to Efteling, located in the south of the country, and the park is open all year round.

We stayed at the spotlessly clean and reasonably priced Loonsche Land Hotel, set in the surroundings of a forest and just a fifteen-minute walk (or an even shorter shuttle bus ride) from the main entrance. Alternatively, you could do as the Dutch do and hire a bike from reception and cycle there.

Find out more and book your stay at Efteling

Plan an amazing Amsterdam weekend with your kids