Visiting Berlin 30 years after the Fall of the Berlin Wall

Matt Charlton on how the Fall of the Berlin Wall and the subsequent events helped shape his perspective of the city that continues to have an impression on him 30 years later. 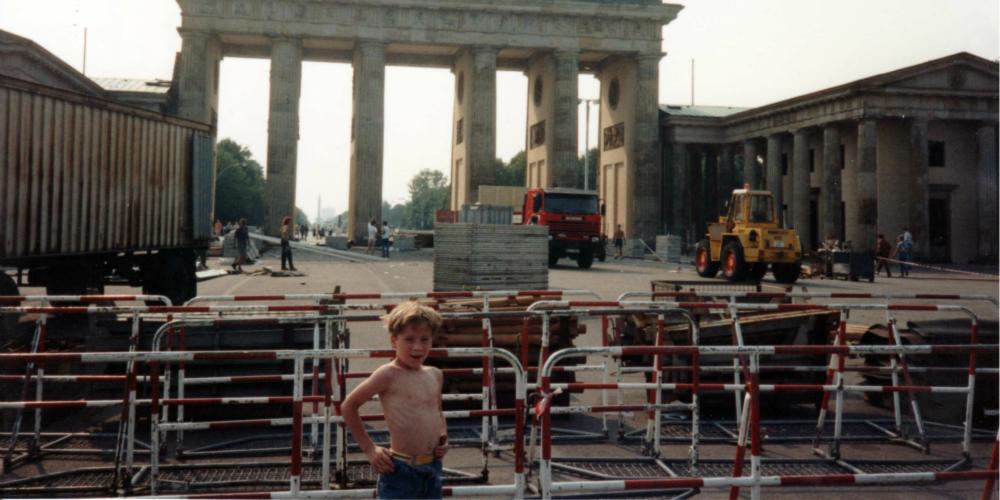 Matt in front of the Brandenburg Gate, summer 1991

One of my earliest memories, apart from being lost in the Tunbridge Wells branch of Woolworths, is the fall of the Berlin Wall. I remember lying – chin on hands, eyes fixed on the TV – watching happy people climb, hammer and push at some concrete, while flares ignited in the background. Thirty years later, the city, which knows a bit about partying, is throwing a gargantuan celebration and all the family is invited.

I was there in the blazing hot August of 1991. My dad used all his annual leave to drive us across Europe in our Citroën CX (it broke down five times) – finishing in a recently reunified Berlin. The military was still leaving, some of them standing behind trestle tables on the old Death Strip, selling decommissioned Kalashnikovs, night-vision goggles and their Border Guards uniforms. The vague mound of Hitler’s bunker was still just visible in the background.

It is a city that has stayed with me ever since. It gets into your system. It’s a place of attitude and subtlety; of substance and style; of creativity and progressiveness, though it is often associated with the nightlife. The city is an open-minded, 24-hour playground for the casual, and not so casual, hedonist. 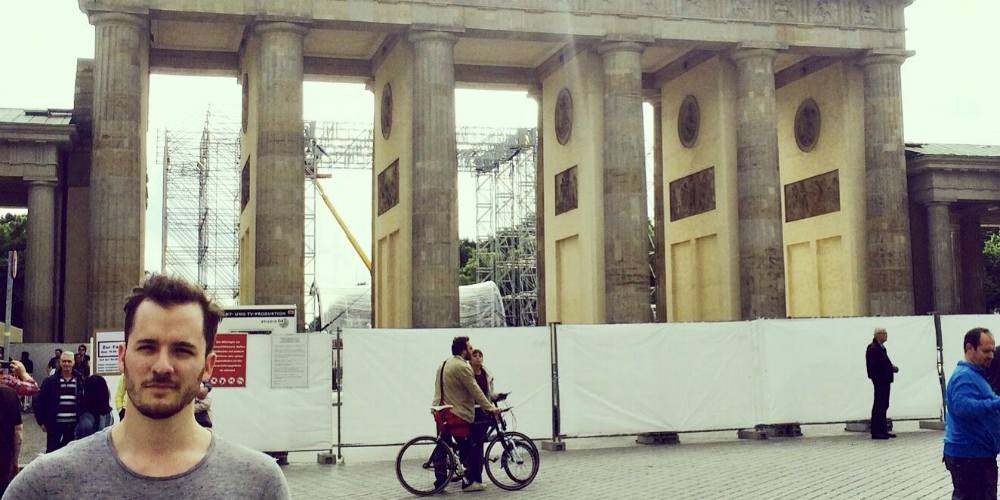 It’s also a playground for the people for whom playgrounds were intended. To mark the 30th anniversary of that fateful night in November 1989, Berlin is transforming itself into a place of celebration, reflection and spectacle. There are events running throughout the year, backed up with the usual extraordinary choice of interactive museums, unusual tours, one of the best zoos in the world and quirky family-friendly restaurants – the likes of which you will only find here.

With a cheap and easy transport system (be sure to get a Berlin Welcome Card) and a friendly, walkable city centre, Berlin will enchant your family with a sense of wonder, culture and history. 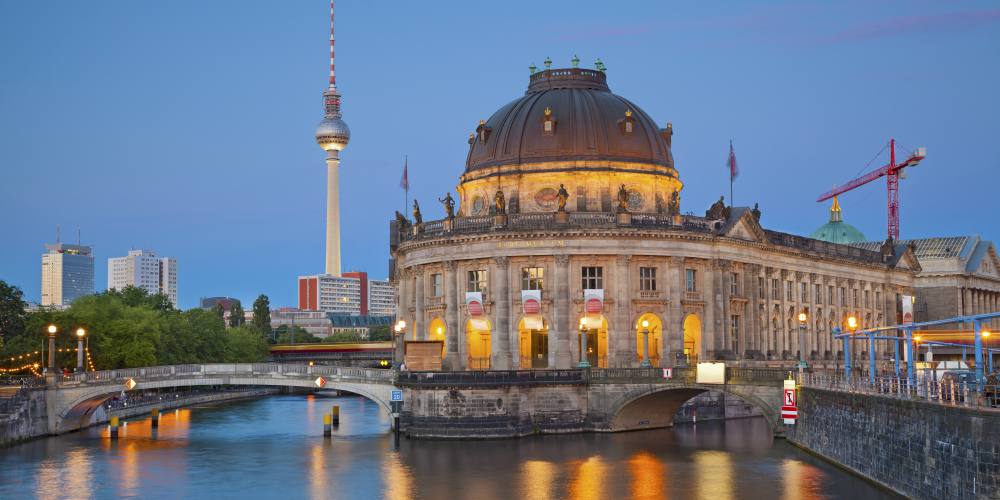 Museum Island with the TV Tower in the background

Make sure you visit the award-winning DDR Museum in the shadow of the TV Tower. It’s one of those great exhibits where the little cherubs won’t even realise they’re learning things. Then force the kids to relive your youth with you at the immersive and highly entertaining Nineties Berlin exhibition, all about dance music, culture and freedom.

The more hard-hitting Stasi Museum shouldn’t be missed, or the Spy Museum for younger children. Then take an East Berlin tour on the Trabi Safari in a legendary Trabant car (kids go free), or immerse the family in the Asisi Panorama, depicting life in the shadow of The Wall on one day in the 1980s.

It isn’t all wurst and sauerkraut either (though the kebabs and burgers in the Turkish district of Kreuzberg are excellent). Super Concept Space, atop the newly refurbished Bikini Berlin mall, overlooks the baboon enclosure of the zoo. Enjoy the view of a bright red bottom (I’m talking about the primates) as you chow down on an amazing pulled-pork burger. 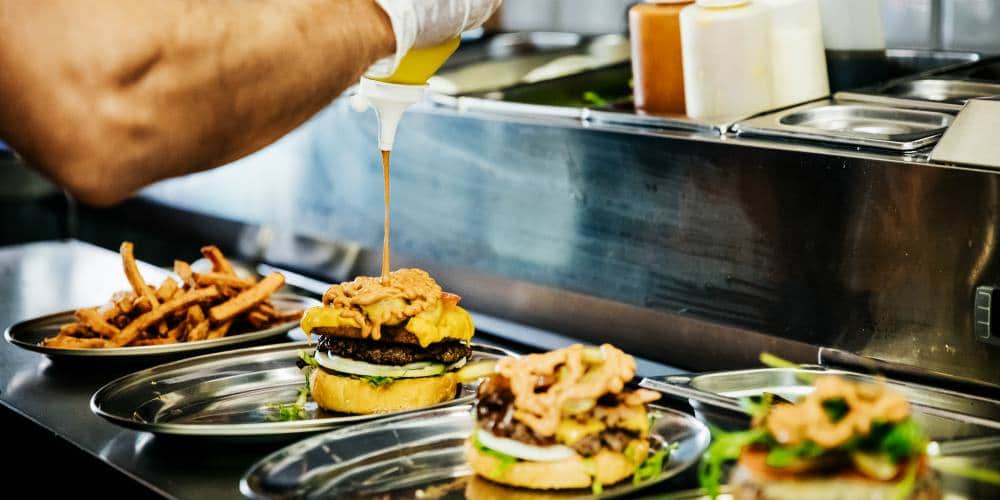 Then there’s the high-end Blend restaurant, which believes children should experience top-quality food, so offer their fare in child-friendly portions. Meanwhile, Hasir Burger, in Kreuzberg, serves one of the best burgers you’ll ever eat. Be sure to visit Rausch Schokoladenhaus, Berlin’s famous chocolate house, which just celebrated its 100th birthday.

During the anniversary week, from 4-10 November, the city centre will be turned into one of the biggest arts venues in the world, featuring re-enactments, concerts, contemporary witness talks and film screenings. It concludes on the evening of 9 November, with the entire city becoming the largest concert stage in the world, featuring renowned musicians, orchestras and bands.

Maybe you’ll be watching with the family on TV, but wouldn’t being there be something? Maybe, in 30 years’ time, you’ll be reading your child’s account of their visit to Berlin during the 30th anniversary celebrations and how the city never left them.

Matt Charlton is a writer and performer. He appears on the Side One Track One podcast and Amazon Prime’s show The Updaters. Find out more about visiting Berlin with kids.