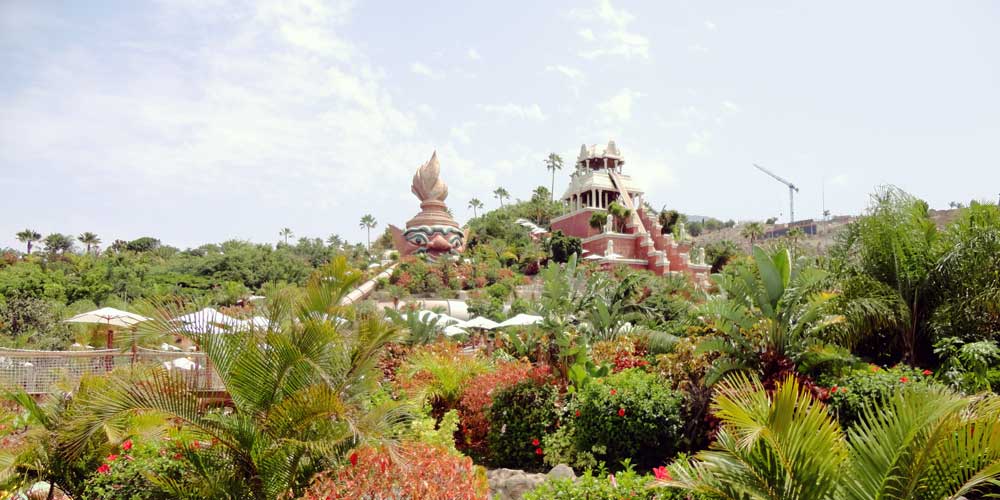 Europe’s largest waterpark, and Trip Advisor’s Travellers Choice World #1 Waterpark for the fourth year running, Siam Park is more than justified in describing itself as a ‘Kingdom’.

It’s the only park, anywhere, with a Tower of Power slide that plunges from a height of 28m through an aquarium of sharks and manta ray. Nowhere else in Spain has pools designed just for babies, along with a Lost City of splashy but not too fearsome rides for younger kids. And you could search to the ends of the earth and you wouldn’t find Siam’s enchanting floating markets, waterborne restaurants and spas, or come close to its sensational views of Tenerife’s south west coast.

Where to stay: Five bedroom Villa Picon is minutes from the lively resort of Callao Salvaje and just a short drive from gorgeous Atlantic beaches on Tenerife’s south west coast.