With the exception of Paris, a lot of European capitals aren’t considered as cool for urban breaks as scrappy, wannabe second, third or fourth cities. But before you dismiss the centres of governance as heartlands of dull, have a closer look at what’s happening in a few of them this year. There’s a lot to like, plenty to love and not one isn’t perfect for a family weekend – or longer. 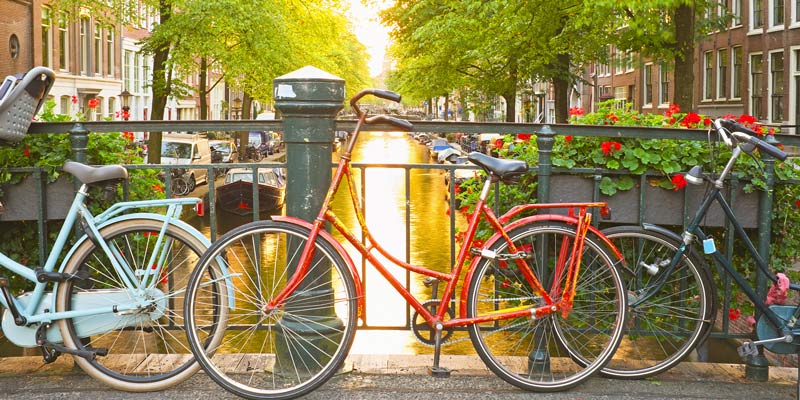 If you need another reason for a family city break in Amsterdam – apart from the museums, galleries, zoos, beaches, 300 plus annual festivals and pancakes as a food group – just think: the city’s an hour from the UK and there are direct flights from London every day, all year round.

It’s one of Europe’s smallest capitals too, so you don’t have to blow the budget on city centre hotels. Stay in good value Noord or Nieuw-West and you’re 10 minutes from the Anne Frank House, Museum Quarter and Artis Royal Zoo, Jordaan’s historic canal houses, ridiculously pretty De Pijp and shopping on De 9 Straatjes.

You could even pitch outdoors in summer. Amsterdam loves camping and has the urban sites to prove it. So expect not a hint of roughing-it from delights like wigwams at Rekreatiepark, Zeeburg’s colourful chalets and beachy cabins at Zandvoort by the sea. All less than half-an-hour from the Rijksmuseum – taking your time.

Easter 2017’s good for the Tulip Festival (1 -15) and the biggest party The Netherland’s throws all year on King’s Day (27 April); not strictly the UK school holidays, but a Saturday and spectacular enough to make an exception.

Visit for May half-term and you’re in time for the start of free Vondelpark Open Air Theatre (every Friday, Saturday and Sunday night until September). It’s also the month for Rolling Kitchens and Amsterdam Art Fair.

And summer has ARTIS ZOOveramonden, the Milkshake Festival, Over het IJ, Grachtenfestival, Mysteryland and De Parade Theatre – just for starters.

Try West Side Inn for family rooms 15 minutes from the city centre in Nieuw-West or see Strandcamping de Branding for family cabins at Zandvoort aan Zee from £470 a week in July and August.

Discover the best activities for kids in Amsterdam

Find flights from the UK to Amsterdam