How to do Ancient Egypt and Red Sea beaches with kids in just 7 days!

Egypt on the Red Sea mixes up history and beachy fun for kids. We went to El Gouna, explored Luxor and the Valley of the Kings and learned how to wakeboard. We were surprised at how easy it was, see what you think. 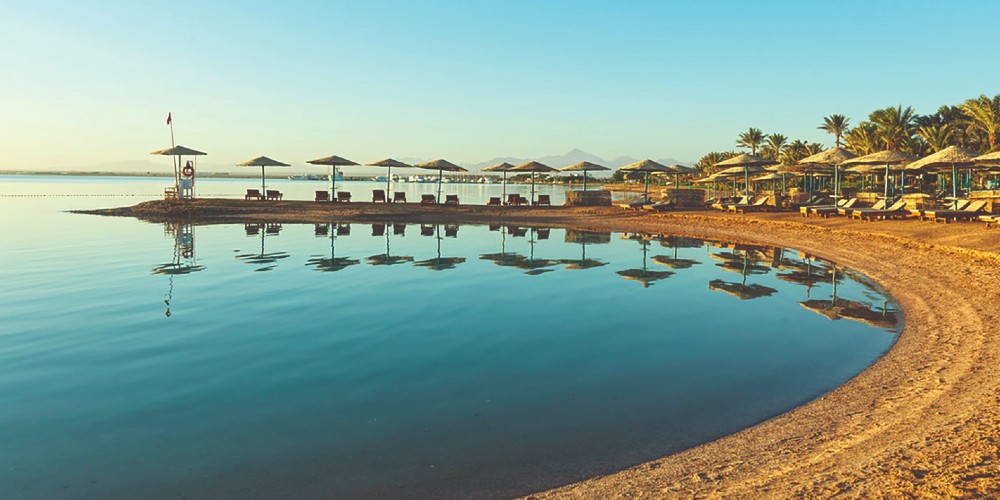 Are there any children out there who aren’t fascinated by Egypt? Those legendary tales of mummies, pharaohs and camels? All those ‘dress like an Egyptian’ days and trips to the British Museum? Taking your children to Egypt brings all that to life on a jaw-dropping scale.

El Gouna is only a short hop from Hurghada airport on the beautiful Eastern Desert coast of the Red Sea. The name translates as ‘lagoon’ and it’s the base for our week long adventure in Egypt. 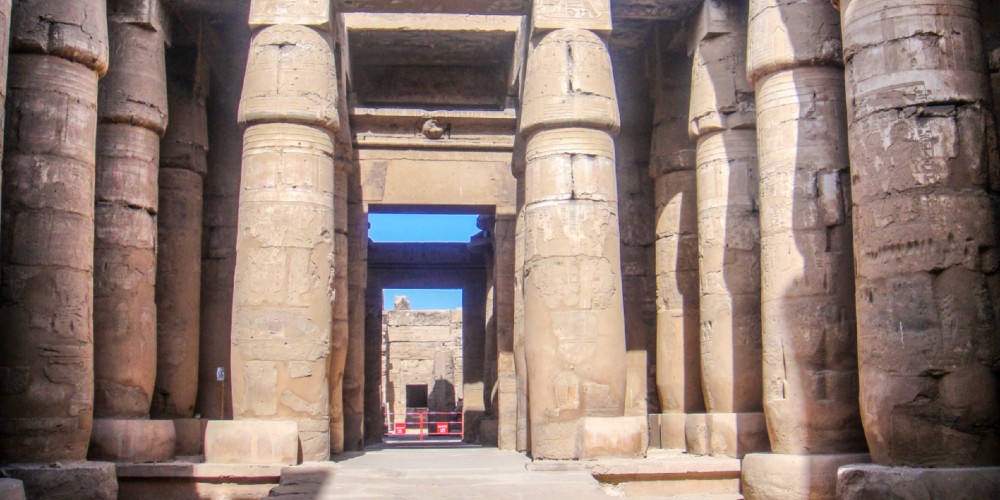 Luxor will leave you breathless with wonder

Luxor is our first big sight. At four hours’ drive from the resort it’s an expedition, but if we’d been staying at better known Sharm El-Sheikh, we’d have had to fly.

In ancient times, Luxor was known as Thebes, capital of Upper Egypt and the entire country’s religious capital. In fact, even through Roman and Christian rule, it still held spiritual significance. There are no pyramids here. These tombs were built later, when royalty was buried deep underground to hide their treasure from grave robbers.

Straight out of picture books, our first stop is the Karnak Temple Complex. More commonly known as Karnak, it dates to around 2055BC and is one of the world’s most visited tourist sites. It’s actually a small city of temples, sanctuaries and monumental gates. One of the most magnificent places we’ve ever seen, we feel ant-like by comparison, especially in the Great Hypostyle Hall. This is the largest religious ‘room’ ever constructed and resembles a forest of columns. Fortunately, because the temple is so large, crowds aren’t an issue. Also, we have our own guide, so we’re left to enjoy the atmosphere in peace. 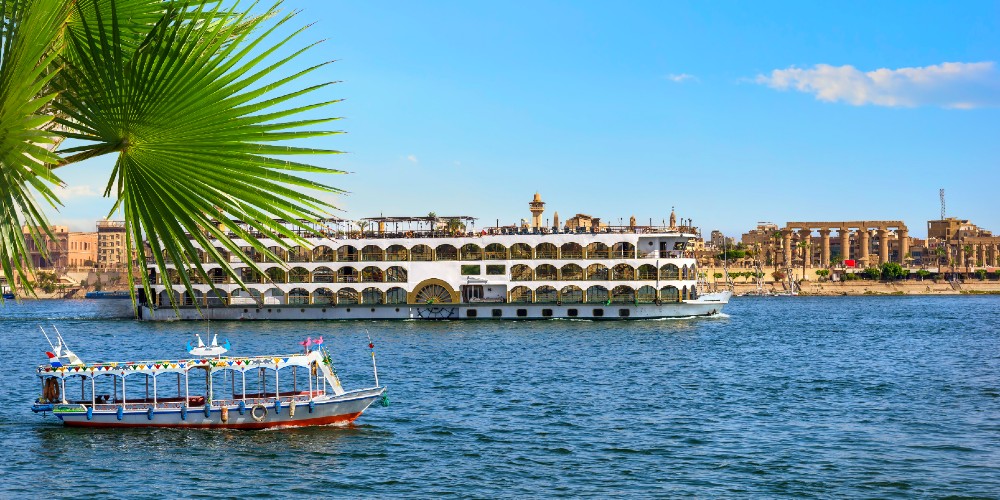 The Nile at Luxor

Would Egypt be Egypt without a cruise down the Nile?

We’re lucky to spend a good couple of hours at Karnak before lunch. Then it’s onwards for a trip down the Nile on a multi-coloured little putt-putt boat, decked out in bunting. Excitingly, the children have a chance to steer and we get a great glimpse of local life.

It turns out history is everywhere in Luxor. Our coach pulls into what we think is just a lay-by, only to discover it’s the monumental Colossi of Memnon. These two massive stone statues of the Pharaoh Amenhotep III simply stand there, majestic and incredible, right next to a dusty city road. Everywhere we look, our guide points out a statue here, an obelisk there. And so many different pharaohs, kings and queens it’s difficult to take in the sheer volume of history and dates. 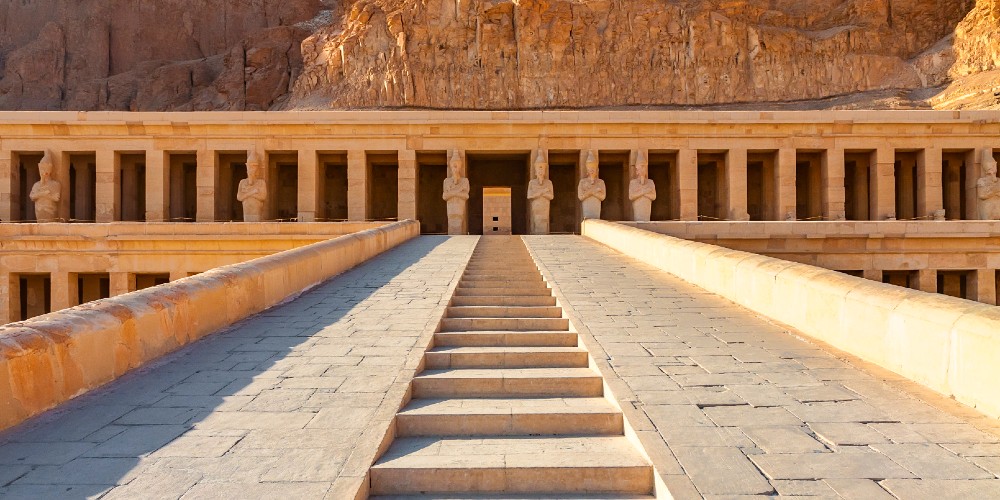 Prepare to enter the Valley of the Kings

A couple of miles further west and we arrive at the Valley of the Kings, also known as the Valley of the Gates of the Kings. For almost 500 years, from the 16th to 11th century BC, tombs were cut into the rocks for the pharaohs and powerful nobles of the New Kingdom. It’s thought the Valley contains at least 63 tombs. Although to this day, archaeologists are still discovering what lies beneath the limestone.

The Egyptian government chooses which tombs are open to visitors each year. On our visit some of the big ones were closed and some, like Tutankhamun, had extra entrance fees. We explored the tombs of Rameses IX, Rameses IV and Merneptah. These demanded a steep climb so would be tiring for smaller children. Even for my older ones, the stairs and heat were exhausting. So make sure you carry plenty of water and don’t forget hats and scarves to protect from the desert heat.

Tucked away from the sunlight, much of the hieroglyphics and art, as well as ancient Roman and Greek graffiti, inside is well preserved. Our favourite was the Merneptah tomb, with its floor-to-ceiling golden decorations and a genuine sarcophagus to wander around and inspect up close.

As we leave, we run the gauntlet of the bazaar selling soft drinks, ice creams and the obligatory Mohamed Salah football shirts. We stock up on wares and get high fives from the sellers who’re happy to see tourists slowly returning in the wake of the pandemic.

In 2010 up to 10,000 visitors queued to get into the Valley of the Kings. When we visited numbers were down to a few hundred and sometimes we had tombs entirely to ourselves. 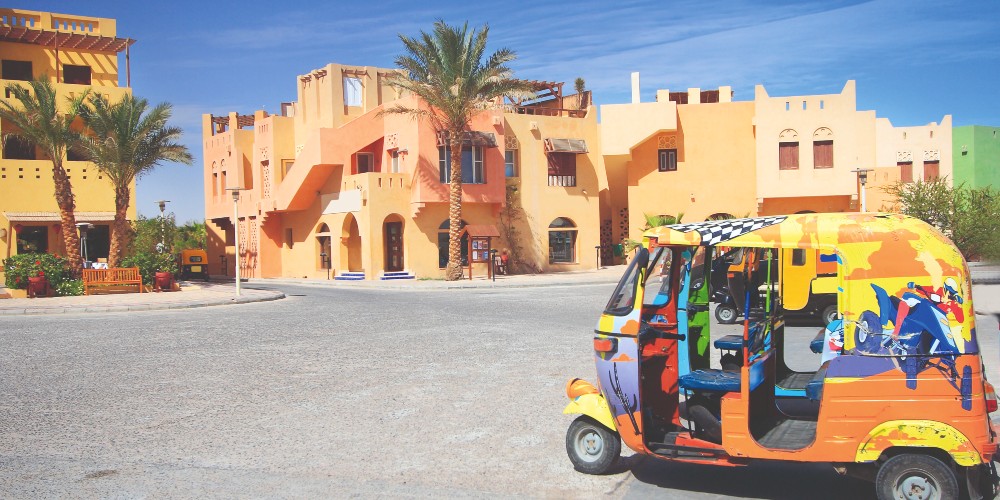 Take a break from history for wakeboarding and waterparks

There’s only so much ancient history kids can take on holiday. So with the promise of fun stuff we returned to El Gouna. To get our bearings, we caught a boat from Abu Tig Marina for a tour of the lagoons and islands connected by canals. It’s a pretty, relatively new town, built to resemble traditional rural Egyptian and Nubian architecture with earthy tones and cobbled streets. One curious exception is the Turtle House, a stony bubble-like building which wouldn’t look out of place in Star Wars. Our hotel, Labranda Club Paradisio, has prime position on a sandy beach and everything is just a short tuk-tuk ride away.

We had never heard of wakeboarding before. But on a trip to Sliders Cable Park we discovered it involved shooting around a lagoon on a series of high-wire cables. The trick is to hang on to an attached wooden handle, so it’s a little like water-skiing only without a boat. It looks terrifyingly difficult but after about a dozen faceplants my oldest was ecstatic to get one clear run.

El Gouna’s Aqua Park, with its inflatable obstacles, was a much better option for younger children. Although you can expect sibling rivalry. My kids ended up throwing each other off the top of the slides to get to the finish line first.

If you’ve never snorkelled before, the clear waters off El Gouna are a good place to start. The Red Sea is the warmest in the world, which is excellent for children and on our half-day trip we saw angelfish, manta ray, sea turtle and dolphin.

Finish up with desert adventures and camel rides

You can’t visit southern Egypt without experiencing the vastness of the Sahara. Travelling on quad bikes with our guide Ahmed, we enter the Wadi Billy (aka the Dry Canyon). This part of the desert was covered by the Red Sea millions of years ago and we’re shown petrified shells and corals. It feels a world apart from the blue sea of El Gouna, yet it’s only a 20-minute taxi ride away.

In the valley we stop at a Bedouin village for mint tea and to get up close and personal with camels. The kids love getting led into the desert on camel-back. Then it’s back on the quad bikes, to climb higher up the dunes and at almost 150-metres above sea level we have stunning views across the canyon.

Our last evening we spend in the company of a whirling dervish, belly dancers and more camels. My youngest declares he is now an expert camel rider, not noticing this one is double the size of the last. As he dismounts, he’s tipped unceremoniously on his head. Luckily, only his pride is hurt and his Mo Salah shirt is ready for a wash when we’re back home.

How to plan a family trip to Egypt

Day trip to the Valley of the Kings and Luxor, Sharm Hurghada Excursions