So many reasons to go to Cuba with kids, but colours, cabriolets and Cuban rhythms come first to mind. There’s plenty of family action,  with horseriding in Vinales and Varadero beaches, it’s hugely stimulating for teens studying history, English or Spanish, and for all of us Cuba offers a glimpse of life in one of the last remaining communist states. 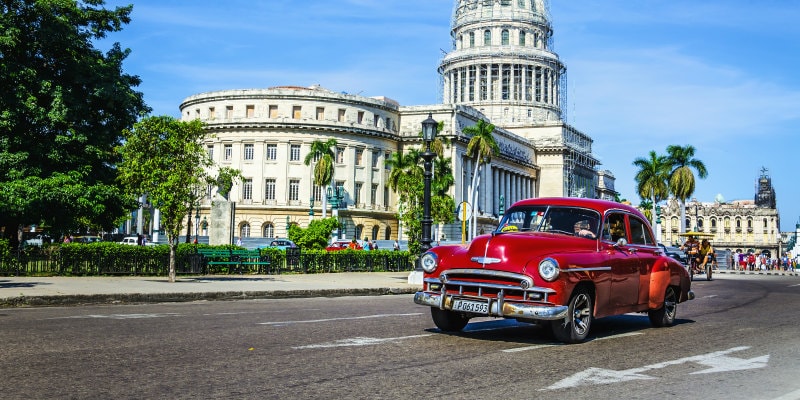 A world of colour

The city of Havana may be falling apart, but the exuberant pink, greens and colonial blue vintage facades present a technicolour landscape to wow children. Imagine painting all the houses with their different colours! Meanwhile transport around Havana is full time entertainment. A vibrant pink convertible turned up for our town tour and the kids, aged nine to 15, became a comfortable captive audience for our guide, who explained the $25 monthly state salary and ration card process. Food for thought. 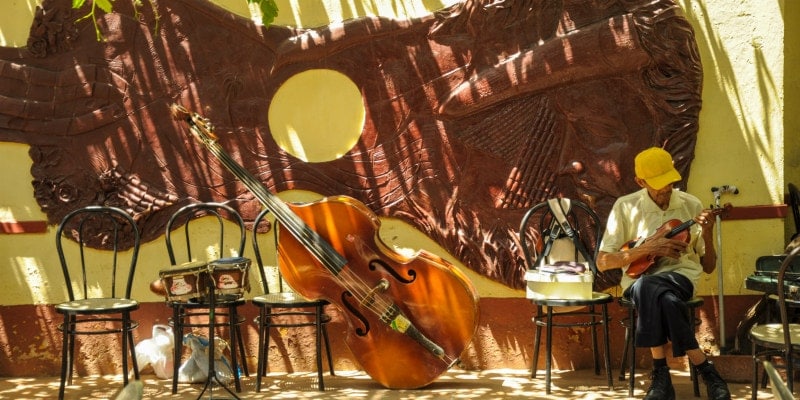 We stayed in the atmospheric Hotel Sevilla on the sixth floor, previously occupied by mob boss Al Capone and his retinue, which chimed with fans of Bugsy Malone, and proved more fascinating than being a floor above Graham Greene’s setting for Our Man in Havana. Most interesting to the little ones was the swimming pool, a fair exchange for dragging the kids through the museum of Revolution to see Che Guevara’s beret, and two identical tanks which Castro personally manned to shoot down a U.S. spy plane during the Cuban Missile Crisis.

The hotel lobby rotated bands from 10 amto 10pm, so our toes were tapping constantly. Musicians turned up at every restaurant we sat in, all were virtuoso, and each had a CD to sell. Our kids now have a decent collection of salsa and Afro-Cuban percussion. 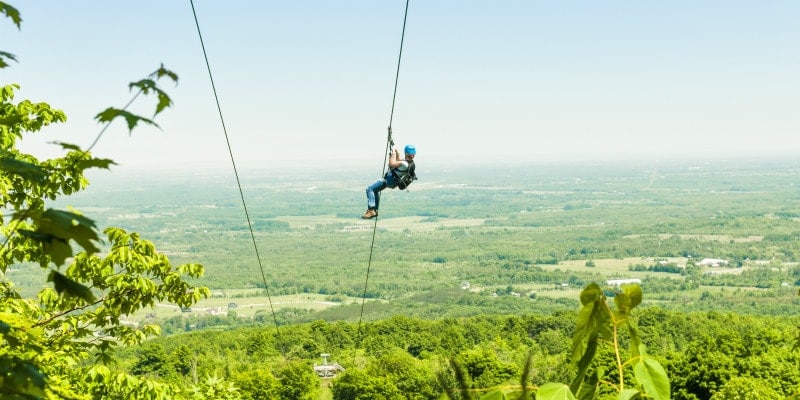 From Havana it is a three hour drive west to Vinales, so we stopped off at Las Terrazzas eco reserve for lunch and an exhilerating 2 km zip wire experience, 20 metres over the rain forest canopy. The kids feet skimmed the trees and then they swung over the lakes. It seemed a long drop to me, but they loved it. 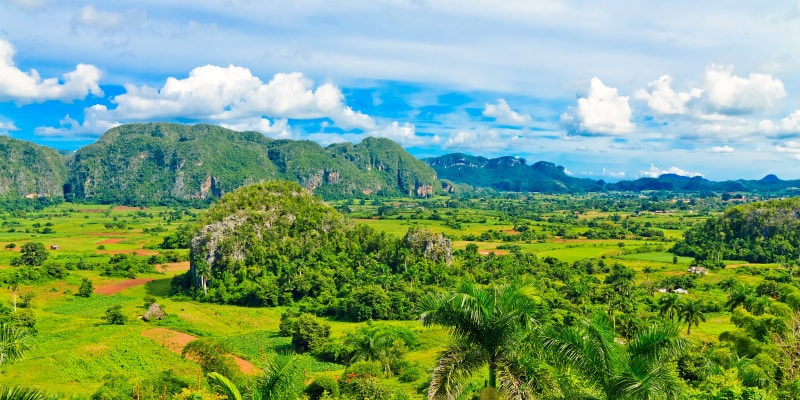 In Vinales we stayed at Jorge and Anna Luisa’s Casa Particulare, which was clean, comfortable and authentic. We ate in town the first night, but the cafes that line the main street did not compete with home cooking by our hostess. There’s not much fresh produce in Cuba, but Anna Luisa made three terrific courses: bean soup, grilled fish and meat stew.

Before dinner we enjoyed her son’s excellent salsa lessons on the patio, refreshed with virgin mojitos. ‘Una, dos, tres; quarto, cinqo, seize, and again!’ We found our own flair with the dancing, but nothing matched this expert salsero’s snake hips. It takes a while, he advised with a cheeky smile. 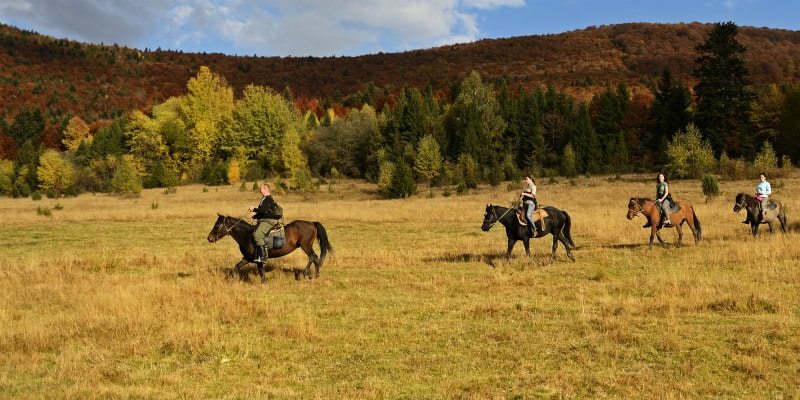 I had booked a four hour horse ride through the countryside, this being the main event in Vinales, but the plan was nearly scotched by the adamant refusal of our 14 year old boy to mount up. Desperate, seeing the whole day evaporate, I blurted out ‘£50 if you get on that damn horse’! Sure enough he leapt up and was off, soon yelling ‘aye aye caballos’ with the rest of us. Now there’s a lesson in perfect parenting!

We meandered past rural dwellings, where the size of the family was depicted in the vibrantly colourful laundry on the lines. We passed piglets snuffling in the rich red earth and pork carcasses hanging on porches, then the paths opened onto spectacular verdant scenery; a carpet of tobacco plantations sat beneath the 400 metre high karst cliffs, framed by royal palms. Cuban vultures circled overhead while egrets pecked in the shade of giant oxen, which are still used to plough the land. A diplodocus might pass gracefully by and you wouldn’t be surprised. 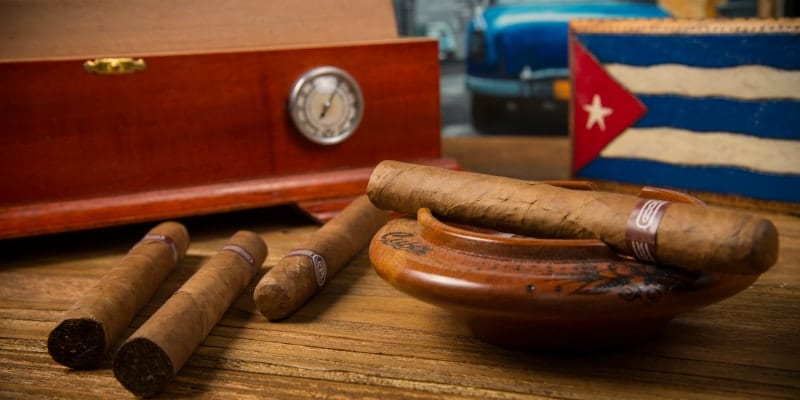 The best tobacco in Cuba is grown in Vinales, and we stopped at a plantation drying house where huge brown leaves were draped off wooden rafters, like desiccated bats. The farmer pierced the end of a select cigar and poured honey into the tip, Cuban way, he explained. He mixed a mojito, crushing ice and mint on his workbench, which my keen to please husband accepted.

I feared my husband would come down with dysentery within the hour, but fortunately he survived. Then like true gouchos we shared the cigar for a long draw and puff. The air was soon thick with the rich, mellow aromatic smoke from these most excellent cigars. 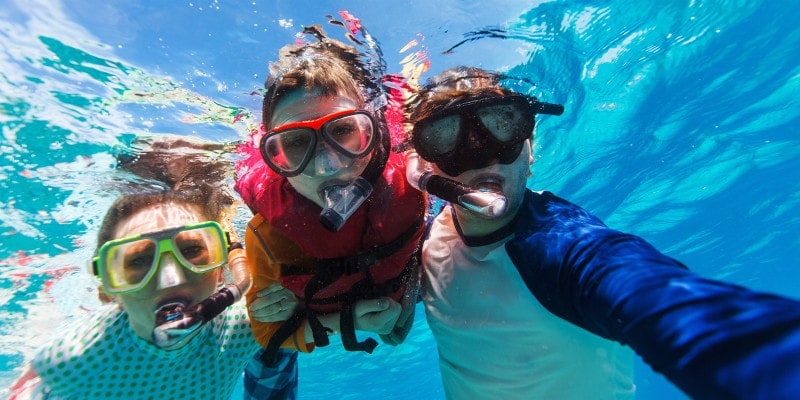 An hour’s drive from Vinales, in a 1950 Bel Air, brought us to the calm shallow seas off Cayo Jutias, where there is one restaurant, a sandwich bar and palm shades. It is billed for snorkelling, so we took a boat trip 10 minutes off shore to the reef. While it was nothing particularly special, it was still nice to do. The sea was delightfully clear, you could see the bottom with or without a mask. 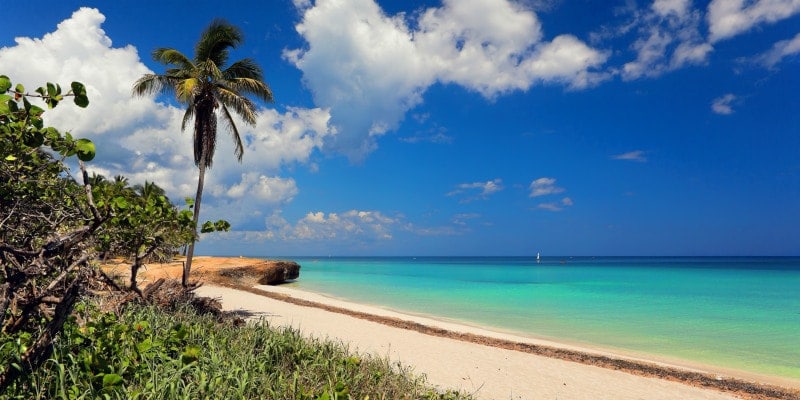 Heading north east for the beach break, we broke up the four hour journey with a visit to Hemmingway’s house on the outskirts of Havana. This inspirational property gives you a taste of the man as you gaze at hunting trophies, his wide desk, his fishing boat, observatory and pool. We travelled on to Cojimar for a seafood lunch overlooking the bay where Hemmingway began his Nobel Prize winning story, The Old Man and Sea. A beautiful, warm setting and loving company – surely that’s all any of us could ever need.

Virgin flies direct to Havana in just over 10 hours, virgin-atlantic.com

Casa Villa Jorge and Ana Luisa in Vinales, is perfect, warm hospitality and also has a small pool, bbinnvinales.com

Captivating Cuba recommended and booked all hotels and arranged tour guides from London, some excellent, some not.

For more unforgettable adventures, try a volunteering holiday in Costa Rica – we promise it won’t disappoint.