If you haven’t considered Bahrain for a winter sun holiday yet, you should. The Four Seasons Hotel Bahrain Bay is basking in sunshine right now, temperatures range from warm to hot year round, and direct UK flights take from just 6 hours, 30 minutes. 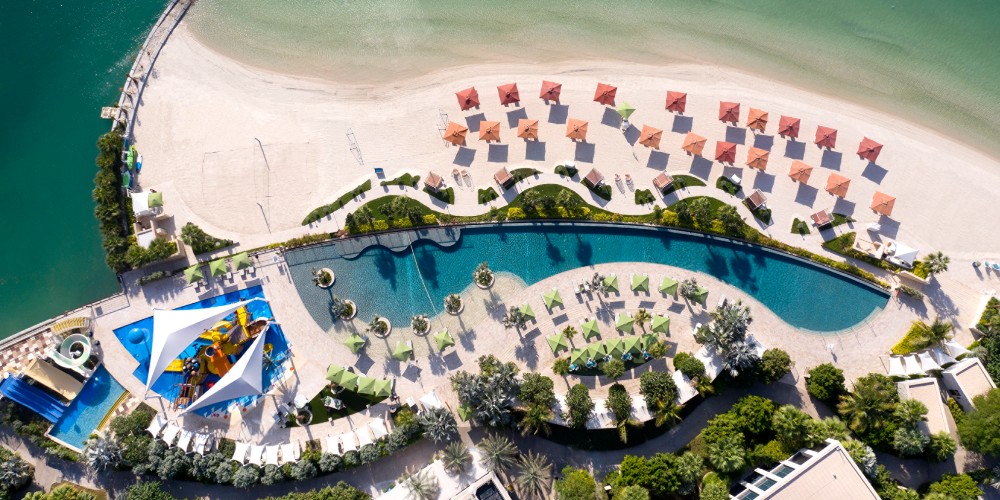 The Four Seasons Hotel Bahrain Bay is set on its own, private island at the heart of Manama, Bahrain’s capital. Between its exclusive setting and bold architectural design, the hotel feels almost like an oasis, albeit one with easy access to the city and the rest of Bahrain. Although there’s so much to do at the hotel itself,  you may not feel the need to go much further.

A winter sun holiday with your own private beach

Naturally we’re thinking of a winter sun holiday at this time of year. But whether you visit Four Seasons Hotel Bahrain Bay for Christmas and New Year or stay during summer, the weather is always fantastic. It’s also a great kid-friendly choice for shorter school holidays thanks to direct flights from the UK and guaranteed sun, even in February.

Time on the beach is one reason families go sun seeking in winter and Four Seasons Hotel Bahrain Bay gives you plenty of that. Its 160m long private beach is south facing and comes with 360° views of the Arabian Gulf and Manama’s dramatic cityscape.  Although if lazing and gazing aren’t active enough for kids, kayaks and paddleboards are also available, letting them explore this beautiful coast beyond the beach. 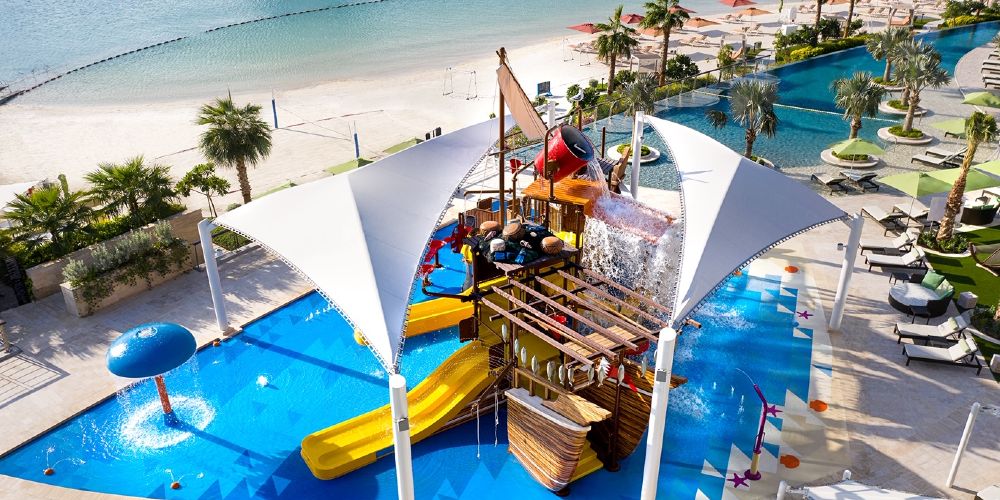 Waterparks are popular on winter sun holidays too, so of course Four Seasons Hotel Bahrain Bay has one. Named The Dhow, it offers 70 different features, including no fewer than seven individual slides and a 1200-litre tipping bucket. A big hit with older kids, if it proves to thrilling for younger ones, the hotel’s lovely family pool gives you a gentle alternative. 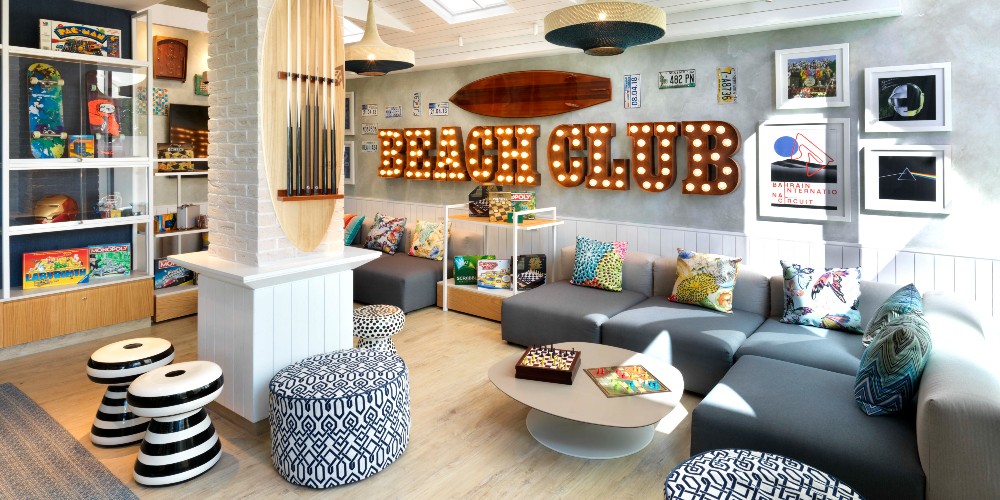 When teens want to be themselves, the new Beach Club for 10 to 19 year olds is just the place. Cool and laid back with a Californian surf shack vibe, it’s a chill space to make new friends, play video and vintage arcade games or just hang-out. Kids For All Seasons is the hotel’s supervised children’s club for four to 12 year olds. Creative play, activities, movies and storytelling are all part of the experience here ,and younger kids love it so much they probably won’t miss you at all. Which is only the perfect excuse to book a spa treat or hop on a water taxi and go shopping in Manama or just have some quiet time on the beach.

Family rooms and suites at Four Seasons Hotel Bahrain Bay are spacious and luxurious. Plus, the hotel guarantees connecting rooms for larger families. In fact the flexibility of this five-star resort’s accommodation is one of the reasons it’s so popular for multi-gen family holidays: older children and grandparents have their own space, but you’re all still together when you want to be. And it’s good to know that, whichever individually designed room or suite you choose, you can look forward to open views of the Arabian Gulf and the dazzling city beyond. 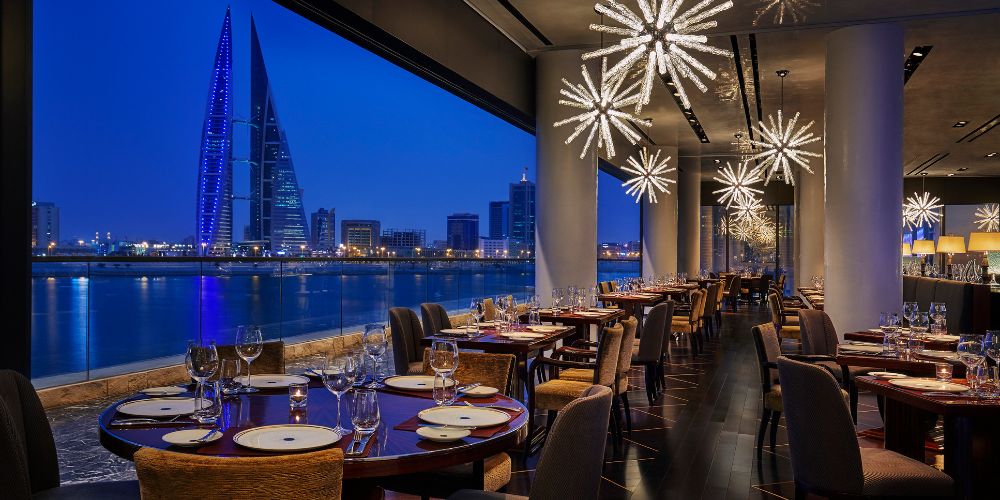 Not one, but two, award-winning restaurants are in residence at Four Seasons Hotel Bahrain Bay. Both hosted by celebrity chef, Wolfgang Puck, they invite guests to savour an immersive culinary experience. CUT is Puck’s unique take on the traditional American steakhouse, set in an elegant palm-wood and mahogany space. Naturally, the main menu items are incredible meat dishes and the restaurant backdrop is an expansive view Manama city. Re-Asian serves Puck’s signature modern-Asian food and also happens to be the highest restaurant in Bahrain so, once more, you have a side order of spectacular views with every meal.

Other dining options include Afternoon Tea at Bay View which features delicate sandwiches, fresh scones and divine pastries. Coffee enthusiasts will like The Art of Coffee Preparation where personalised brewing sessions introduce you to a world of coffee beans. And Friday brunch at Wolfgang Puck combines mesmerising seascapes and a carefully curated menu of Wolfgang Puck’s favourite dishes. 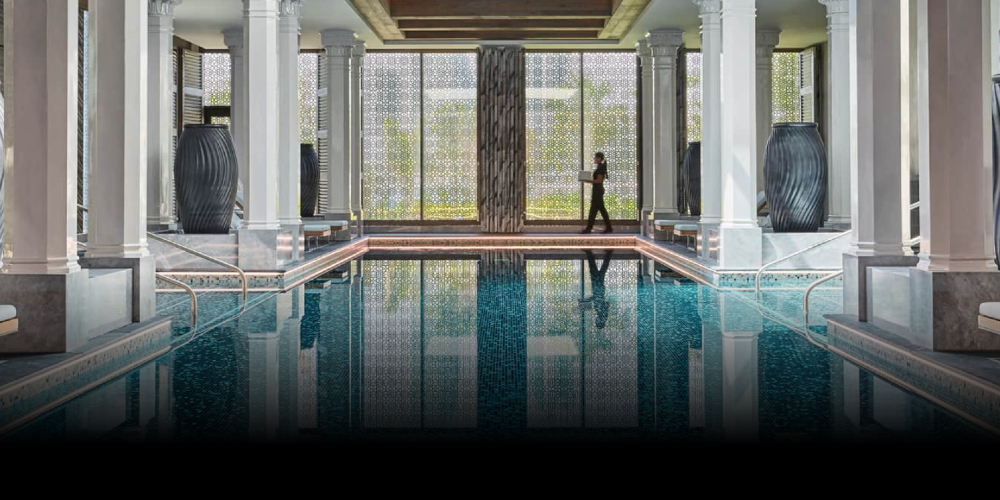 If sun and sea don’t completely soothe you, Four Seasons Hotel Bahrain Bay also features one of the largest spas in Four Seasons Hotels and Resorts worldwide. With no fewer than 17 treatment rooms it offers everything from massages to a range of customised facials. There’s also a Hammam and beauty salon, as well as a Himalayan Salt Relaxation Room. If you want some together time with your little girl (or girls) Mother-Daughter Wellness is a delightful family pampering experience which includes delicious scrubs and princess facials. 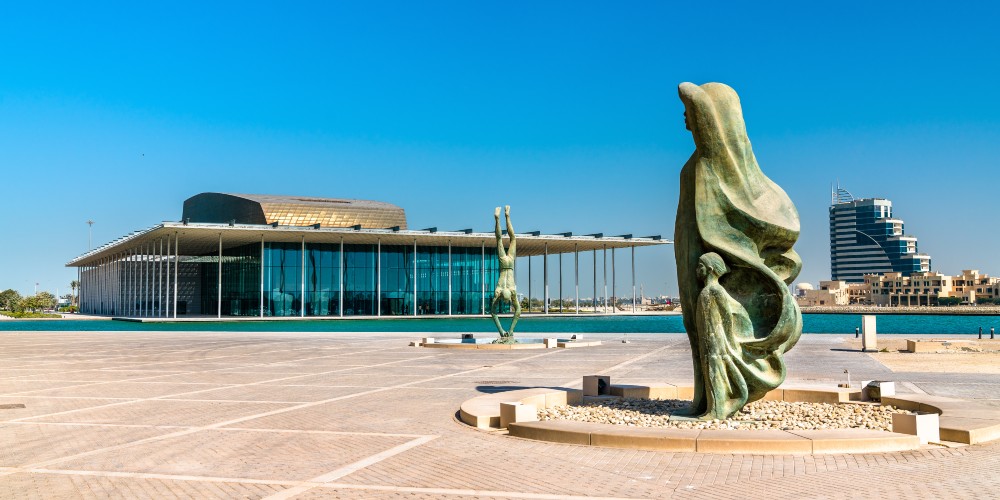 Discover more of Bahrain on your winter sun holiday

This remarkable hotel might luxuriate on its own private island, but it’s just a short water-taxi ride from the centre of Manama. So if you can tear yourself away from the beach we suggest you go exploring.

Bahrain is a Western Asia island country, just north of Qatar in the Arabian Gulf.

How to get to Four Seasons Hotel Bahrain Bay

25% off room rates with Stay More & Save More

Stay for five or more nights at Four Seasons Hotel Bahrain Bay and save 25% on room rates.

Offer valid for bookings made between now and 31 December 2022