Grab your towels and hold on tight!

Just when you think you’ve heard it all, Beppu city in Japan is set to open a spa-themed amusement park featuring rollercoasters filled with spring water.

Rumours of the so-called spamusement park spread like wildfire after a video showing possible attractions — including a rollercoaster with hot tubs for seats — was posted to YouTube by the city’s mayor. The whimsical and utterly bizarre video shows families at a scenic hill-side location enjoying traditional amusement park activities, but all with a spa-themed twist.

Other planned attractions are scenic ferries wheels with mini jacuzzi pods and log flume rides that splash into steamy pools of spa water. Could this be the perfect mix of pamper and play for busy parents? 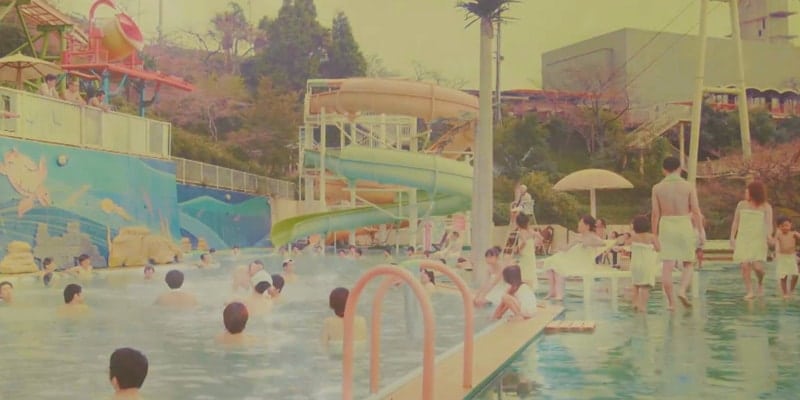 In a clip from the fascinating video, a family walk alongside a spa-pool

In the video, the mayor of Beppu sets a challenge to social media: if the video reaches one million views, construction will begin.

Well, anyone who’s ever dreamed of whizzing down a rollercoaster while sitting in the bath, rejoice: the video has received well over two million views.

And it seems the major is sticking to his word – the mayor’s office has released a statement celebrating the project’s commencement. There’s no news on when the park may be completed, but the city is now seeking ideas for attractions and rides.

One thing remains unclear: what will visitors wear under their towels?

Watch the intriguing video below: