Solo parent on safari in Zimbabwe and Kruger National Park

When’s the right time for safari holidays with kids? An Africa safari is a once-in-a-lifetime trip and single parent Kate Colquhoun found the perfect reason to make it happen with her two sons this year. 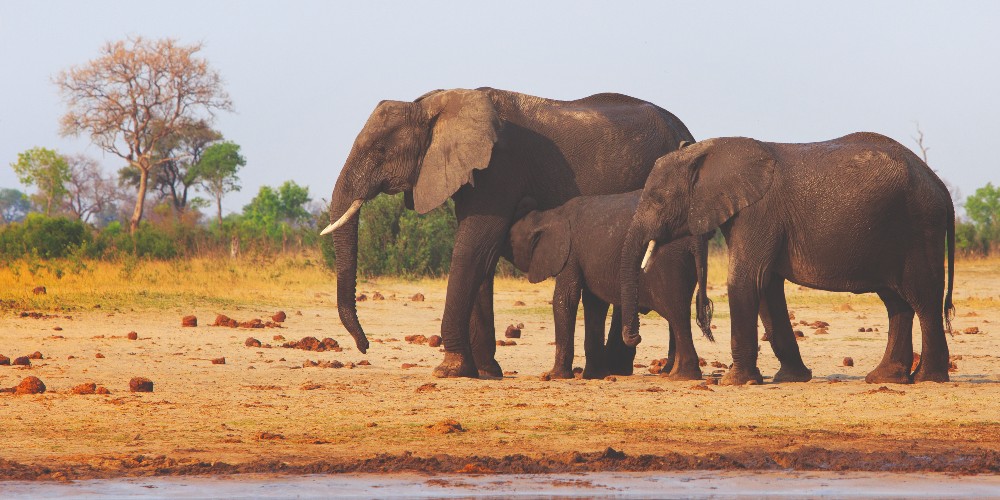 Elephants take a moment by a pool

A levels and GCSEs are over and I’ve a big birthday to celebrate. This is a landmark holiday. Two whole weeks during which I and my two teenage sons will travel from London to Zimbabwe before heading 1,500 miles south to Kruger National Park in South Africa. We’ve done classic family holidays before. From the villa rental and fly-and-flop beach break to sporty adventure holidays. But I’ve had enough of being out-gunned by teenagers with too many devices. It’s time to travel. Really, properly travel. Two days after term’s end, we’ve crammed our bags with a jumble of walking boots and shorts, windbreakers, sun hats and, of course, all those vital leads and chargers. 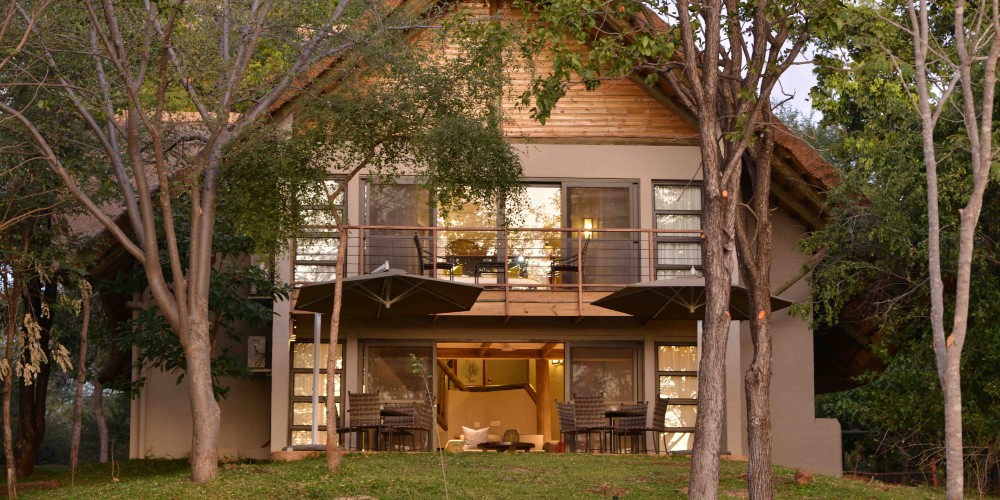 Zimbabwe makes for a gentle start to our safari

Now feels like the right time to expand our travel scope. A chance to open the boys up to the challenges of real exploration, and their eyes to the ‘wow’ of the world. Africa offers all that, gently, safely and within a range of budgets. Victoria Falls was a good start. Especially at our small-scale safari lodge where it’s not just 4WD but also walking expeditions, firelight suppers and a family vibe rather than high-end tented camps with 24-hour service.

It’s winter in Africa. So cold mornings and evenings sandwich bright, warm days and there’s the promise of animals less supine than in high summer. Within 90 minutes of landing at Harry Mwanga Nkumbula airport we have crossed the land-border between Zambia and Zimbabwe. We’re not even on safari yet and we’re passing elephant and zebra on the road to Victoria Falls Safari Suites (VFSS), just four kilometres from the famous falls. As the African sun disappears over the horizon and we sit, beers in hand, watching giraffe perform that ungainly wide-leg stance as they dip their necks towards the watering hole, the long journey and weak WIFI are forgotten.

Waking up to a watering hole beats phones hands down

Twelve metres from the deck of our standalone two-bed suite there’s a second watering hole where a sign warns us to be wary of crocodiles. Here bushbuck pick at the grass, constantly flicking their innocent eyes, and a large family of bulky, tusked warthogs trots over to roll in the mud. Guinea fowl peck at our feet, tame as chickens.

We are here for the Falls, but VFSS is more than just a stopover. The suites dotted around a spacious park all have big bedrooms draped with mosquito nets as well as en-suite bathrooms and comfy sitting rooms. We’re a five minute walk to the main hotel which is a wood-and-thatch treehouse rising seven storeys, cathedral-like, into the bush. Each of its rooms point towards the glorious western sunset. Although even better than the design, there’s also masses to do. 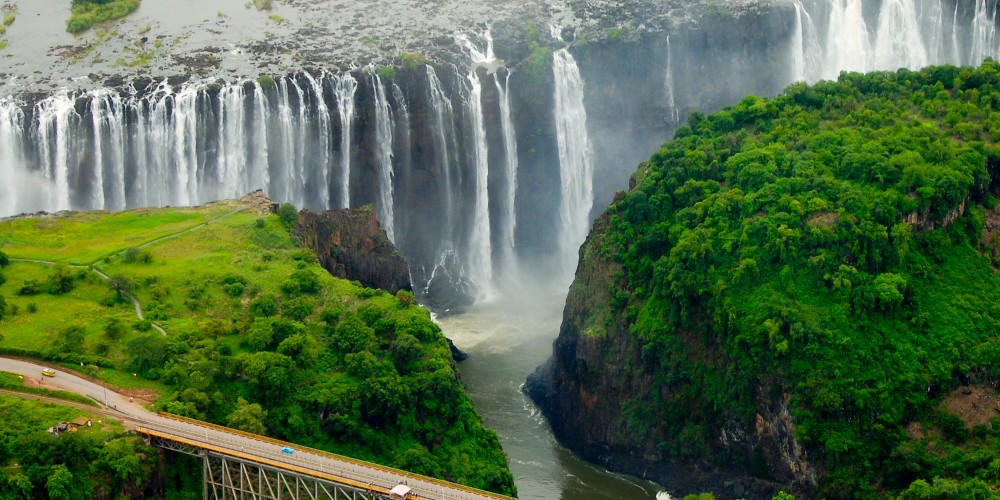 Victoria Falls adds another element of magic to the safari experience

Victoria Falls first. Four hours of breathtaking magic from the thunder of water and the air full of spray and rainbows to geckos darting up tree trunks and the clever, humorous presence of our guide, Zulu. Zulu fills us in on history and natural history, statistics, anecdote and politics. He points out the ‘Death Pool’ where madmen (and teenagers) swim. Thankfully for this mother of teens, it’s on the inaccessible other side…

In the afternoon, the boys zipline 350m over the gorge. Then later there’s the utterly unmissable boma dinner, complete with bush barbeque, edible mopane worms, dancing and lots and lots of drumming.

Conservation is at the heart of our safari experience at VFSS

More seriously, we learn about vulture conservation. How vital these dustbin-and-disease-eliminators are and how critically endangered. Poachers poison carcasses in a bid to eliminate their angled wheeling which is a sure sign of death. Last month alone 520 vultures were destroyed in neighbouring Botswana, catastrophic for a species that struggles to raise a single chick a year.

It’s unavoidably difficult to square air travel with the gnawing reality of environmental responsibility. But we chose VFSS with good reason. It donates thousands of dollars to vulture conservation and has just invested in a water filtration plant in a bid to eliminate plastic-bottles. It has also established a recycling plant in the local town for plastic, glass, tin and paper. Plus, by the end of the year, VFSS will draw all their energy (except for heat) from solar power. These are vital salvos in a battle to transition to sustainable tourism in a country often hobbled by economic chaos. 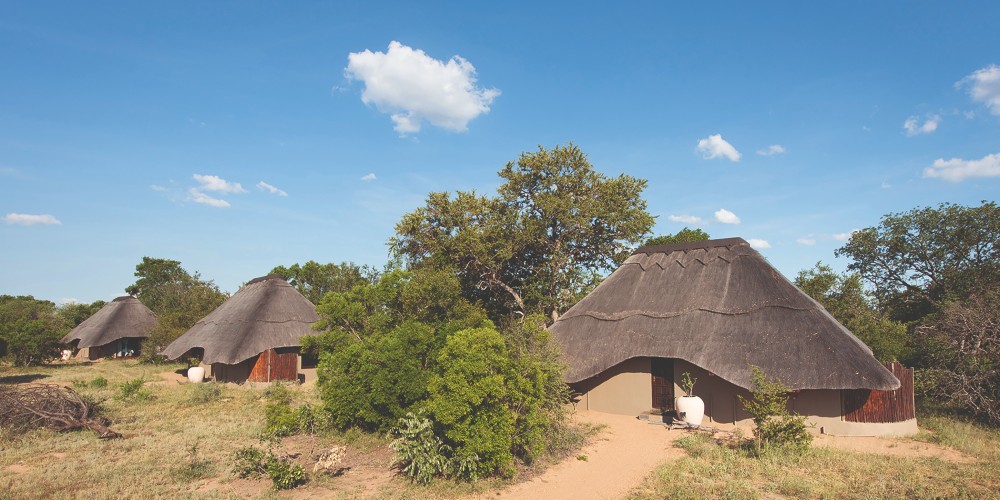 The least we can do as travellers is to choose companies who contribute to their communities and to conservation. With this in mind, we head next to Timbavati Game Reserve in Kruger National Park. Here Kambaku Safari Lodge plays an active part in conservation strategies for animals, plants and the soil. The lodge runs on solar power. As there’s no plastic we’re all given reusable metal water bottles. And throughout the lodge, all amenities are biodegradable.

With just eight rooms, Kambaku feels like a family home with a large communal sitting room and a small team of rangers, trackers, hosts and cooks. There’s a sandy quad with a green-glowing fever tree at its centre and, behind that, a watering hole to which impala, kudu, warthog and hyena tiptoe and shuffle. 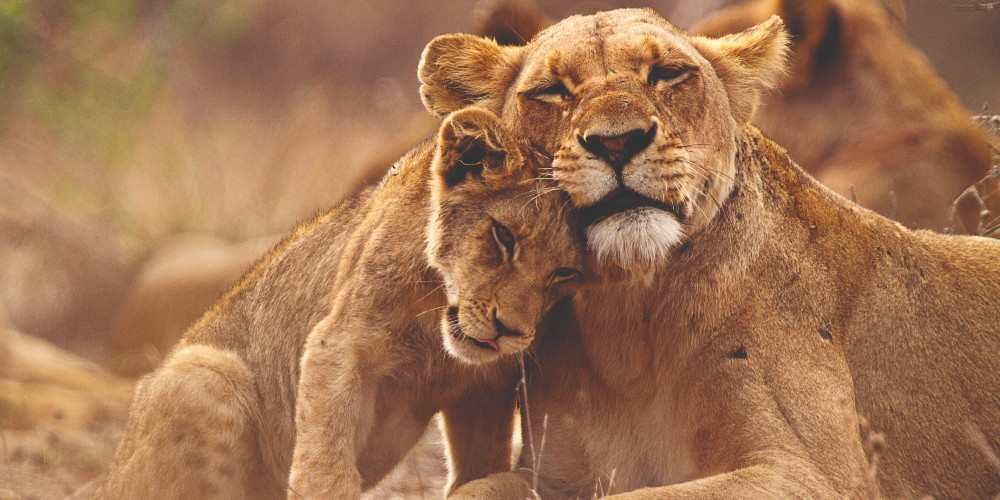 We’re up at 5.30am with woolly hats and thick coats. Breaking briefly for tea brewed on the engine, then returning for breakfasts laid out in the sun. We’re out again at 4pm for drives, sundowners and to sit under the vast night skies of the southern hemisphere. Sometimes we drive or walk for hours seeing little more than a patchwork of animal footprints and defecation, the flash of a bright bird or the ribcage of an animal, picked eerily clean.

Unlike VFSS, at Kambaku the invisibly teeming bush reveals itself slowly but dramatically. We sit for ages watching a large pride of lions with multiple cubs. We hold our breath as two white rhino face-off. There’s a week-old elephant playing with its own trunk. Then a massive tusker carefully stepping in its own footsteps across the horizon. Zebra scatter, hyenas roll and leer, giraffe swagger. A lithe young leopard misses her kill. Later, a powerful male leopard pads past us. Just about audibly, my newly alert teenagers whisper in expletives, ending with ‘we are so lucky’. When we leave Kambaku after four days, I fight back tears. 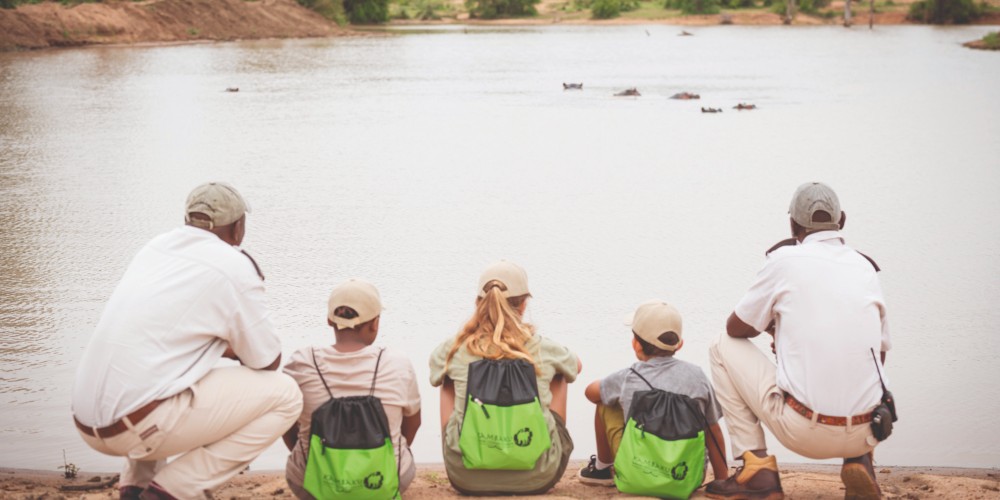 An African safari kickstarts the travel bug in kids

Family travel inevitably includes a dollop of the same adolescent whinge you’d get at home, no matter how you finesse the detail. In Africa, I learned that the boys’ nonsense is almost as welcome as a game drive without seeing game, because it throws the rest into glorious relief.

For kickstarting the teenage travel bug, Zimbabwe and SA are ideal: easy, stuffed with natural beauty, filled with eye- (and brain-) opening encounters with animals and people. There’s plenty of action, tempered by time to decompress among sweeping landscapes, beneath enormous skies. From chess-playing on street corners to riotous colour, music, and silence. Endlessly, there is something to hone the eye and focus the attention. It’s a place in which to leave the chargers unpacked.

How to plan a family safari in Zimbabwe and South Africa

Visas for Zimbabwe and Zambia must be purchased at Harry Mwanga Nkumbula Airport. Expect to pay about £42 and take cash as card readers often don’t work.

Dry winter season from May to October is best for wildlife sightings in Zimbabwe and South Africa.