History, horse stunts and birds of prey on a day out at Warwick Castle

Warwick Castle was originally built in 1066, so no surprise to find it steeped in history. But it was the modern-day entertainment which enchanted Rochelle Streater and her family on a recent visit. Don’t miss her five year old daughter’s verdict at the end. 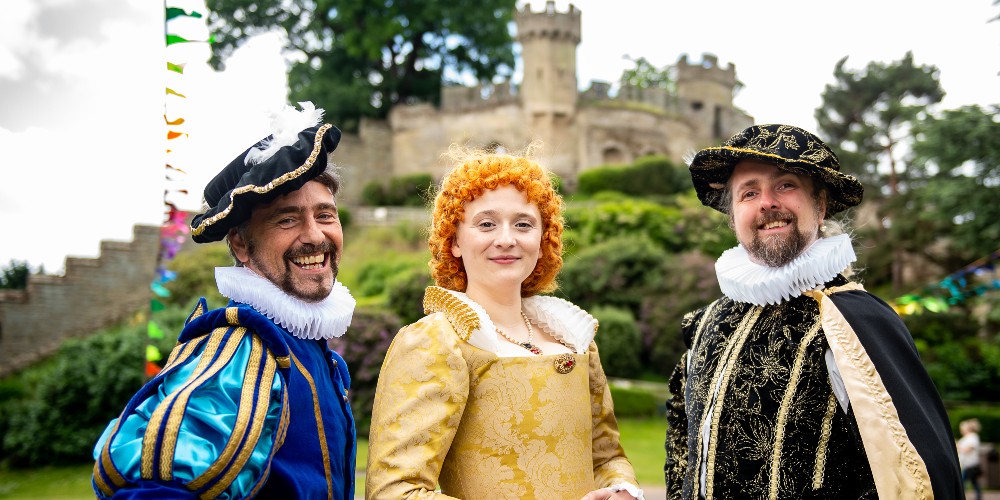 We stayed in Warwick Castle’s Knights Village Lodge, located at the back of the castle itself. The Village is hidden in a woodland area. So, after-dark it definitely felt more like an enchanted forest with fairy lights and ribbons wrapped around trees and walkways.

The lodges are medieval-themed with shields and swords decorating the walls as well as battle murals. Bunk beds for the kids and a large central bed for grown-ups gives you the feeling of being true Knights and Princesses. However, unlike in times gone by, the lodges come with running hot water. Phew! The Knights Village has another option of pretty swish glamping tents which look amazing hidden in between the trees.

We hadn’t been there for 10 minutes and the children were already won over and, I have to admit, we were too. 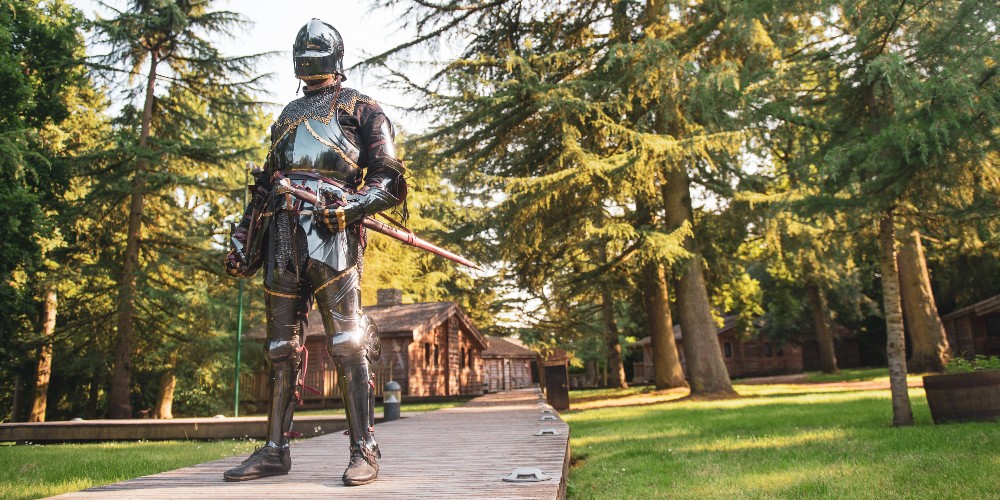 At check-in, we were given an itinerary for the next day, plus a kids’ adventure pack. I was surprised at how much there was to see. Also, every show or activity had a few different time options which was great for planning the day.

With a full buffet-style breakfast included, the kids had a huge selection to pick from including fresh fruit and vegan options. This really is brilliant if your kids are like mine and change their minds about what they like to eat daily!

Another big positive for us when it came to food was at dinner. This is served until 9pm and it’s buffet style, again with plenty of options for kids. However, they leave the restaurant open all night so you have unlimited access to hot and cold drinks, which we found super handy. 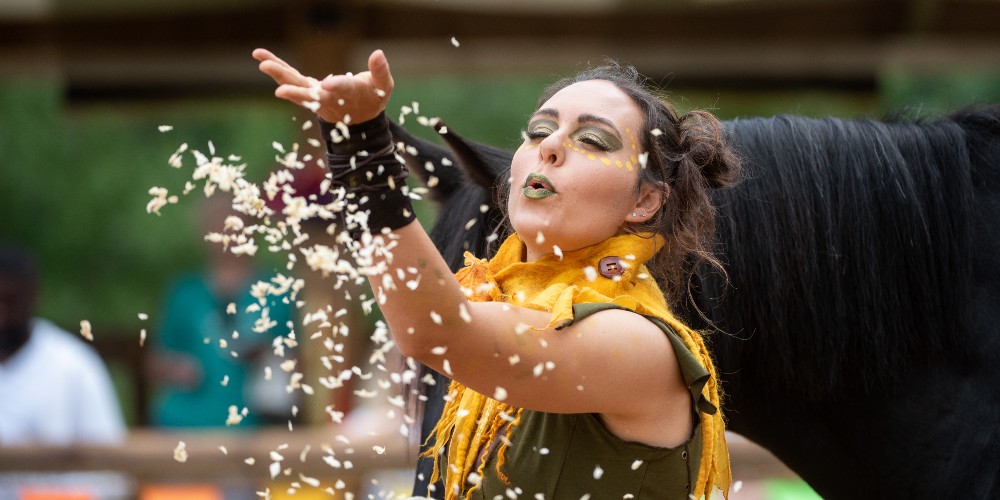 The castle itself opens at 10.30am and we were met at the door by the actors, who impressively stayed in character even when they seemed to be off duty!

First up was the maze. So with our stamp cards in hand, we set off and were taken through all the different time eras that have passed since the castle was first built. The kids’ mission was to get all the stamps, learning along the way as they took pictures and completed activities.

Next, in the centre of the castle, the queen’s parade was led by the jester who put on entertainment for the children before introducing Queen Elizabeth, her knights and maids. We were also introduced to Shakespeare, who I must say, was a brilliant actor…

Later we tried archery and the kids were taught how to duel with their own swords, just like knights of yore.

At lunchtime, we were treated to an al fresco production of A Midsummer Night’s Dream, complete with breathtaking horse riding stunts and pyrotechnics which had everyone on the edge of their seats. The performance was simply amazing and the kids were mesmerised, so this is one not to miss!

After grabbing lunch, we took our seats ready for the next show, a birds of prey display, which truly wowed us. Presented as a story, the birds were brought out perfectly on cue. Then eagles, owls and vultures – some of the biggest and rarest birds in the world – were flying inches above our heads. It made for a spectacular sight, especially at the end when they released them all together for the grand finale.

I have seen a variety of birds of prey shows along the way but this spectacle was simply magical and so beautifully put together. My five year old, who is a tough one to impress, even turned to me and said, “Is this day real life? It is so fun, I can’t believe it!”

We also managed to squeeze in story time with the princess in Princess Tower before taking a look round the castle’s amazingly-kept staterooms and dining hall and catching the outdoor Zog show. Multicoloured bean bags for the kids to sit on offered a much-needed rest here for the grown-ups as the little ones were transfixed for 20 minutes.

Our last stop of the day was a new addition to Warwick Castle, the Zog playground. Here kids burned up their last remaining energy reserves before the car trip home.

My verdict? The day out as a whole completely exceeded all expectations and I would 100% recommend a trip to Warwick Castle if you’re looking for something to do over the summer holidays. The castle delivers a magical day that awakens your imagination and teaches you so much along the way. We can’t wait to go back!

How to plan your Warwick Castle break

How to get here

Warwick Castle is an hour’s drive south of Birmingham and 2 hours, 20 minutes’ drive from London.

Warwick Railway Station is a mile from the castle, direct trains are available from London and Birmingham.

Day tickets from £29 when booked in advance, includes Zog Live Show, Zog Playland, Zog & the Quest for the Golden Star interactive trail, The Falconer’s Quest and so much more.

Keen to go this summer? Visit Warwick Castle to find out more